This is a little late, but I went to two of Kanna’s events last month. First the book signing/handshake event in Shinjuku. Then a day later her handshake/shamekai event in Iidabashi. 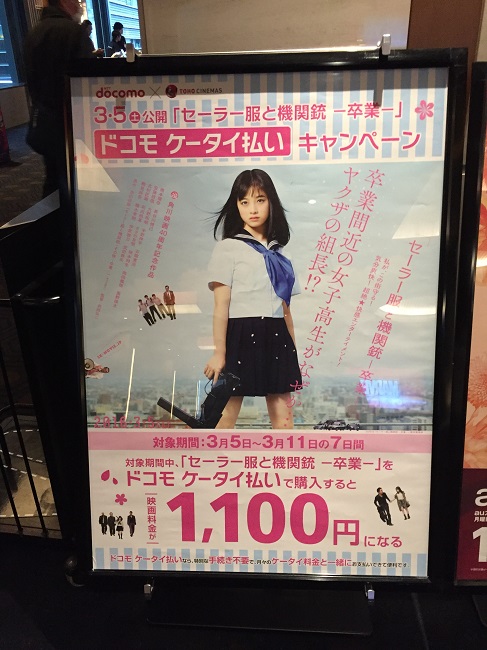 She had two other events that week, a cd event in Suidobashi and a Calendar event in Shinjuku, but I wasn’t able to attend. In fact I was happy I scored these tickets at all (they weren’t easy to win) As for the book signing you had to preorder and reserve at the Book Store. So when I found out I ran straight to the shop as quickly as I could. I got ticket #237 (of 300 total) so I was happy. I have wanted to meet Kanna for a long time. 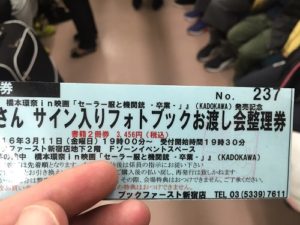 For the book signing we were separated into three groups. First went the people with “Day of” tickets. I’m not sure, but I don’t think their books were autographed. However they did get the handshake. Those of us who preordered had to wait for that line to end before we got to go. So it was annoying to see people going back and buying more and more books, looping the line. In fact there was one guy who looked like Tsunku wearing a Judas Priest concert t-shirt that had this huge stack of tickets. Thankfully they cut the line off a half hour later. Those of us who purchased two books went next. I was like 10th in line… 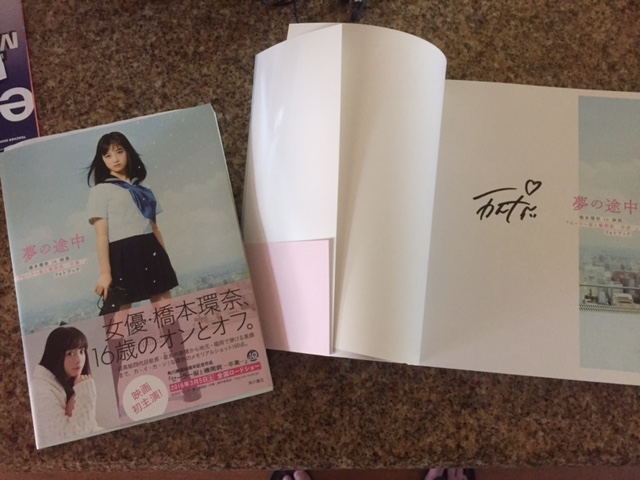 (Both books are autographed)

Like with AKB you had to remove your backpack or bag, then were led into a room where there were a bunch of guys in suits. They picked up two books and walked with you toward Kanna standing behind a table. When I came up to her the guy handed her the books, which she then handed to me. I got that “oh, a foreigner look” as I thanked her for the books. Before I could say another word the guard and literally grabbed me by both shoulders and pushed me right to the door. I was thinking “wow, these guys handle their business” But in that brief moment she seemed like a nice girl. However, I expected a similar experience at the shamekai event…

The second event was broken up into six slots, similar to an AKB event. Slots 1-3 were handshake slots and slots 4-6 were for shamekai. I won one shamekai ticket for slot 5, which was fine since they were expensive. You had to order three theater editions of the single for one shamekai ticket. I did try to win handshake tickets too, but lost every round I tried. 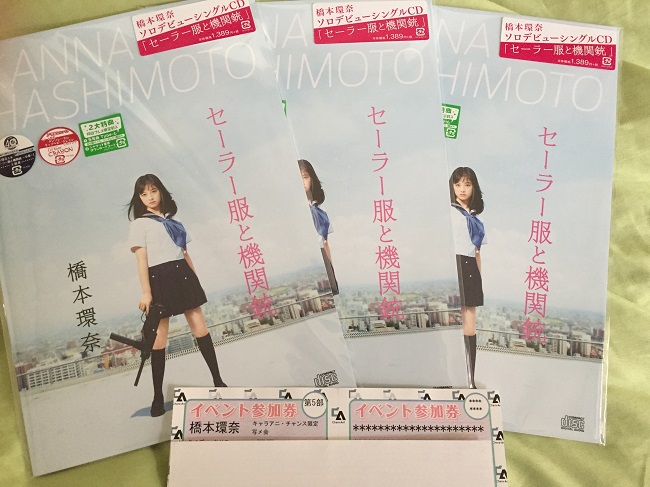 The event was in an office building in Iidabashi, not too far from Tokyo Dome. You had to show your ticket to enter the building, then go upstairs to the 2nd floor to queue up during your slot. They were announcing a bunch of rules, the main one being that you cannot suggest a pose. She will decide it for you. Much of the rest had to do with doing everything quickly so not to slow up the line. And the line was very fast. However, we did have time to say a couple of things. She remarked that this was the second day in a row she had met me. I told her I liked the movie. (Honestly, it was okay) 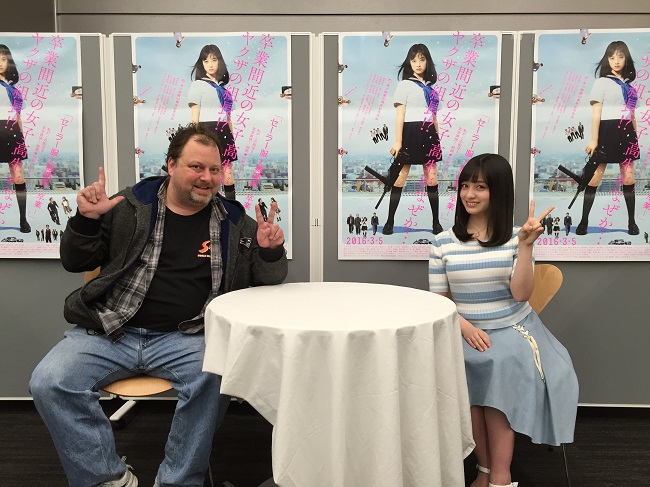 (I was so hungover in this pic!)

I did the standard pose, but quickly raised my right hand with the gun pose at the last second. She asked me if she would see me again before I got pushed out.

With all of the promotion and attention she gets, Kanna really is a nice girl. As for seeing her again, I’m sure I will. One of my friends in Japan is a huge Kanna oshi (He is an old-time AKB fan who for a while oshi’d Wasamin) so he always lets me know when she is appearing.