In May, Wasamin fans were treated to the release of her 2nd concert DVD/BluRay, which would come out on the 17th.  Prior to that there were various ‘pre-order’ events, since Wasamin is always making public appearances.  She’s the busiest girl in show business! LOL.  But before I get into that, a little show and tell.  A few weeks ago I got a mysterious package in the mail from Tokuma Records.  Now I am keenly aware that when I see Tokuma on the return address, it probably has something to do with Wasamin.  Anyway, I opened it to find this…

That is our group pic from the Wasamin BBQ party a couple of months ago.  Neat, huh?  Now I know what you are thinking, quite the ‘sausage fest’  Yeah, it was odd.  As I mentioned on my blog post about the party, they had two seatings for the BBQ party, and for some reason they put ALL of the female winners in the early seating.  On the other hand, we were told that the girls didn’t eat very much, which is why there was such an abundance of food for our afternoon event.  Oh, and I forgot to post this on the blog before, but this is the second ‘Team Picture’ I received from Wasamin.  The first one was from the Bus Tour, and it came with a really nice commemorative card… 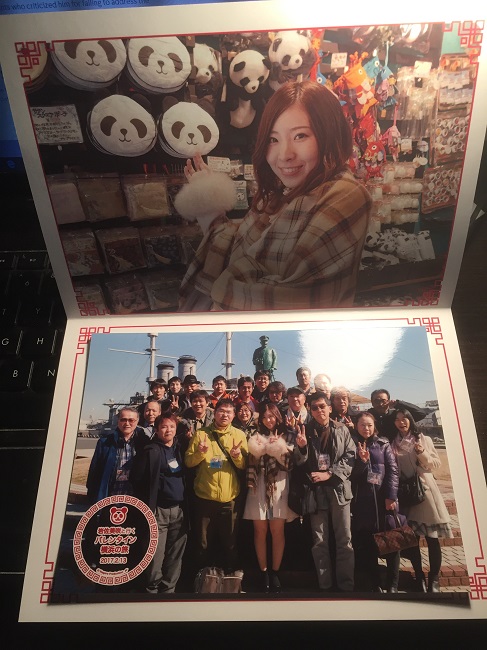 Anyway, back to the Concert DVD events.  As I mentioned, Wasamin did a few pre-order events for the DVD, and they weren’t limited to in-store events.  You could also pre-order it at her ‘Love Live’ Acoustic Concert.  The big benefit was that you would get a cheki and a photo for buying the DVD.  On the other hand, it isn’t cheap.  The DVD is 5000 yen, while the BluRay is 6000 yen.  Luckily, you could also get a handshake from buying copies of Saba Kaido, so I wasn’t always buying the concert.  All told, I ended up with 6 copies of the concert (4 DVD, 2 BluRay)  Three of those I bought during pre-orders, and three I purchased during release week.  Speaking of release week…

Wasamin would be doing six appearances during release week.  Five in Tokyo, and one in Osaka.  I ultimately ended up attending four of the six events, although I was late to two of them.  One of them I missed the performance entirely, and only made it for the meet and greet.  That was the evening that I also went to the Tomochin single release event, which I posted on this blog a couple of weeks ago. 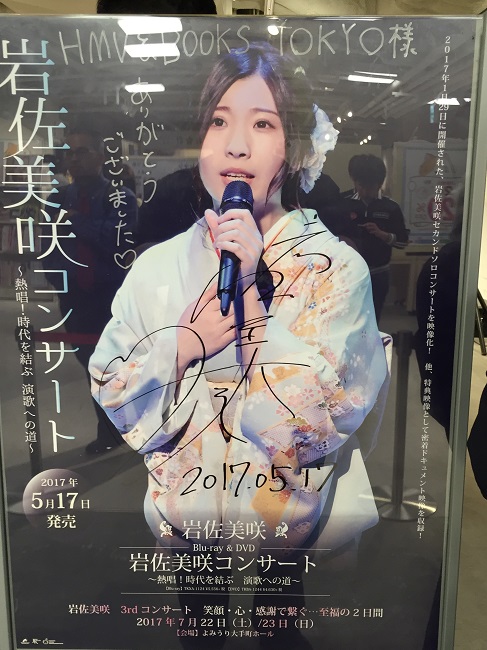 For the actual release day event, Wasamin performed at HMV Shibuya, which is slowly becoming a popular place for pop artists to appear.  Just a couple of days ago I posted about seeing Chaki and YUSA here.  I have also seen FES☆TIVE perform at HMV Shibuya.  It should also be noted that this is where Wasamin had release events for her fist album, and for her 4th single, Hatsuzake.  Only those were done outside in the square in front of the building.  This also happened to be the release day of AKB48’s Sousenkyo guidebook, so many of the Wasafans picked up a copy of that.  And I also picked up a copy of Aoba Hinari’s photobook, since this was one of the few shops that was carrying it. 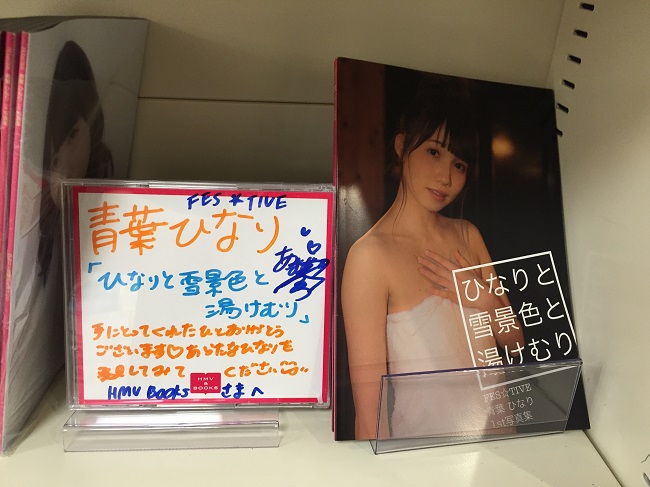 The cool thing was that Wasamin was promoting the DVD release by singing songs from her concert.  So we were hearing some of these performances for only the second time.  And of course since it was release day, I picked up a copy of the DVD.  I wanted to watch it that night anyway, and I hadn’t received my pre-orders yet.

Thursday was an off day for Wasamin, but she appeared at Tower Kinshicho on Friday night.  However, this was the event I essentially missed because of the Tomochin event.  I tried to make it to hear some of the performance, but I had never been to this store before, and got temporarily lost trying to find it.  By the time I found the mall and the store, I could hear the last few notes of Saba Kaido and the Wasafans cheering in the distance.  Oh well.  At least I was in time to visit with Wasamin.  But since I was totally sweaty from running around, I chose to skip the Shamekai. 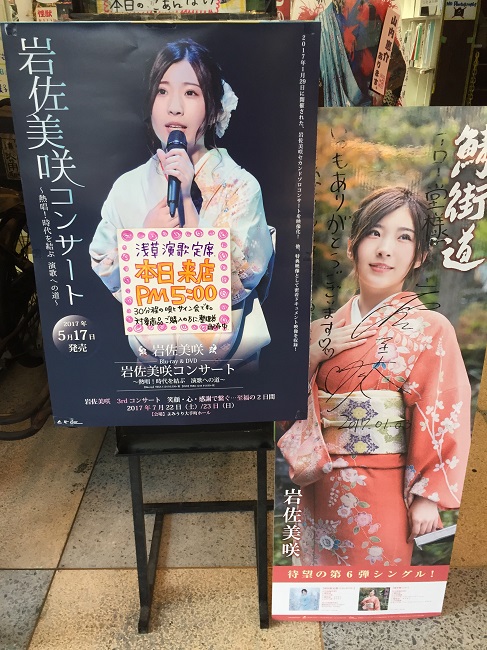 Wasamin would be making two appearances on Saturday.  The first would be in the morning out in Machida, which is in Western Tokyo.  I woke up feeling a bit fatigued, so I decided to skip making the long trip.  Instead I would just go to the evening event in Asakusa.  However, I ended up falling asleep in the afternoon, and waking up very late.  I cleaned myself up as quickly as I could, and headed out to Asakusa.  I was going to be a bit late.  The other issue was that Asakusa was celebrating Sanja Matsuri, so that could make getting to the venue from the subway even more complicated.  I made it to Yoro-do, where Wasamin has appeared many times.  All of the employees know me there, so they helped me make a quick purchase, and get upstairs to watch the rest of the show.  Wasamin was just starting her third song when I got to my spot in the back.  But I was happy I made it.

Since I was in the back, I was actually the first person to do a Shamekai with Wasamin.  I apologized for being late, and told her that I wasn’t feeling well that day, but I really wanted to see her.  She asked me what was wrong, and I essentially told her that I had a very bad headache all day.  I also told her I wanted to check out Sanja Matsuri, which was taking place outside.  Anyway, she told me to feel better.  And I immediately did since when I pulled my bonus photo, I got this! 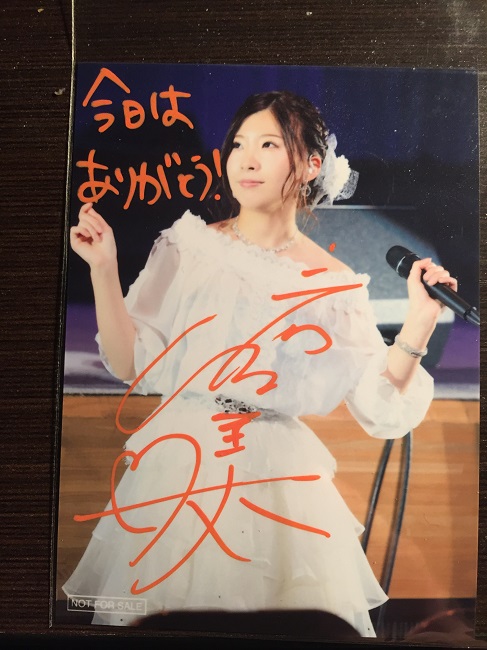 An autographed picture.  These are not easy to win!  So it is nice to be lucky once in a while.  Wasamin’s manager congratulated me, and I was on my way.  In the meantime I took some photos and a video of the festivities outside.  I recorded a short video too of part of the procession making its way past Yoro-do, where Wasamin’s event was going on. 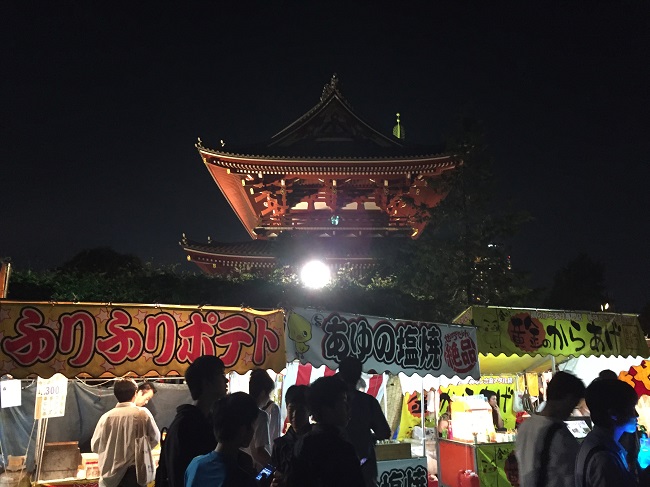 It was a lot of fun, and there was tons of great food.  Unfortunately I also felt slightly queasy, so I didn’t eat anything.  I just looked around, and then went home.

On Sunday Wasamin did her promotional appearance in Osaka, and then came back for one last appearance in Urawa, Saitama.  This is becoming a regular stop for Wasamin’s live appearances, which is nice because it isn’t very far from where I live.  In fact, she performed there again this past week.  But on this particular day I had a class Monday evening, so I would need to rush if I was going to make it from Shinjuku to Urawa in under an hour.  In fact, I had around 20 minutes to get from my classroom in Sanchome, on to the Shonan-Shinjuku Line at Shinjuku Station.  It was doable if I hustled.  Which I did, and I made it, by about 3 minutes.  Unfortunately, this train is packed like a sardine can during rush hour, not to mention I was sweaty from the brisk walk, but I would bear with it for the 34 minute ride.

I made it to Urawa around 12 minutes before the event, which would give me time to quickly dry myself off.  I bought one last copy of the BluRay, and watched the event from the back.  Once again, Wasamin was wearing an extremely cute Summer dress.  I waited for a little while before queueing up for my shamekai.

This was the interaction that I asked Wasamin about the Karaoke party, which I mentioned on the previous post.  I asked her if I would have to sing at the event, and her cryptic answer was something to the effect of “If you would like to, it would be good.”  LOL. 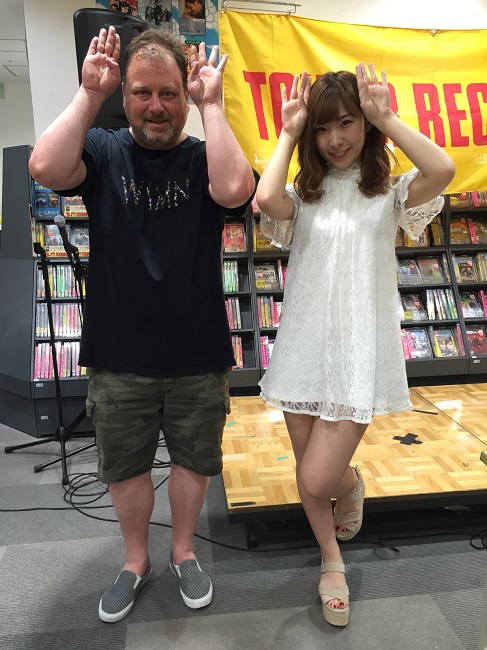 This was also the first time I had spoken to her since the announcement that she was performing in San Francisco.  Wasamin knows that I am from California, so she asked me if I would be flying back to the States for the event.  The truth is I really want to,  I really do.  I would be so proud to see her perform in California with a bunch of my friends there.  However, do to my schedule, it is going to be next to impossible to make the trip.  However, there is a silver lining to this, since the reason I cannot attend has to to with the fact that I was able to extend my stay in Japan through the end of 2019.  Considering that, it is a good trade-off.  So Wasamin may be disappointed that I can’t go, but she is happy that she’s got me in Japan for AT LEAST another 2 1/2 years.

And that was the end of Wasamin’s DVD promotion.  As I mentioned above, she made another appearance at Tower Urawa this past Monday, which I attended.  However, it was considered a Saba Kaido event, so there were so Shamekai offered.  But it was good to see her perform one more time before she embarks on her two week trip to Osaka to appear in a play.  I still don’t have a ticket to that yet since I procrastinated, and now I am scrambling to find a ticket since they ended the online ticket sales.  I’m not sure if I can get a ticket at the box office, or by some other means.  But hopefully I will be able to go.

Oh, and for those who haven’t purchased Wasamin’s concert DVD yet, be sure and check it out!  It is every bit as good as I remembered.  The portion of the show where she roams the audience is awesome, and it has a couple of very nice VTRs.  One is about her journey learning to play the guitar, and the other is a look back at her year since graduating from AKB.  Definitely worth the purchase!