There was no way I was going to miss Wasamin performing in a play….

This was the first time since I believe 2012 since Wasamin has performed in a play like this. And in that performance she mainly sang. You have to go all the way back to 2009, when Wasamin was cast as one of the main supporting characters in AKB Kagekidan: Infinity for her last significant stage acting role. I actually saw Infinity twice. Once with Sae and Yukirin as the main characters, and then the other version with Akimoto Sayaka and Takamina. In fact, for anyone who has the DVD, I am in the audience (8th row center) for the DVD performance of the Sae/Yukirin version. Moreover, it was at that play that I got to have my first ever significant conversation with Wasamin. Wow, so many years ago! 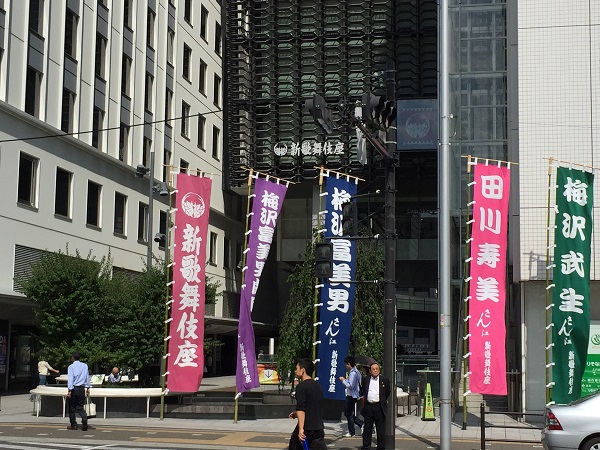 As I wasn’t sure when I would be able to get out to Osaka and see the show, I did not preorder theater tickets. In fact, when the general sale went online, I continued to procrastinate. This was a major error since at some point they stopped offering the tickets online, and you could only reserve by phone. This is when things got weird. I called the theater a few days before opening night to reserve a ticket for the final weekend. However, they told me that all seats for all shows were sold out. This was odd for a couple of reasons. First off, none of the nights were sold out when I checked online a week earlier. In fact, there were very few sections even sold out. Second, the website said that tickets were available. I immediately thought that they were trying to screw me for some reason. But what could I do. The next day I received three things, a mail magazine from Nagara Pro that specifically said that tickets were available. Then, Wasamin’s manager blogged that tickets were available. And then NagaraPro teeted that tickets were available. WTF??? So this time I had my Japanese friend call for me. They tried to tell him it was completely sold out,but when we pressed them by mentioning the social media posts, they immediately changed their tune, and voila! I had my ticket! 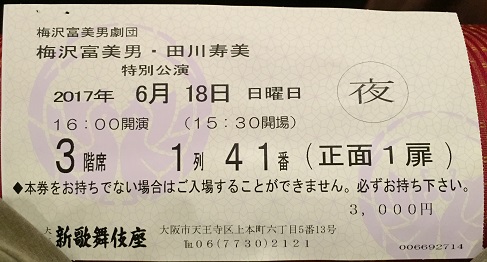 The show ran from June 10th through June 19th, with two performances on most days. I got a ticket for the penultimate performance on June 18th. My seat was in the upper balcony, but it was first row dead center, so it would not be a bad seat at all. I was a little late getting out of the house on Sunday morning. I had planned to possibly go to Namba in the afternoon before the show, but my tardiness sorta ruined those plans. Instead I went straight to the theater. In case there were any issues with my ticket, I wanted to get them ironed out. The theater was easy to find, as it is right next to the train station. I went upstairs, immediately found the box office, and got my ticket. In fact they were already pulling it when I walked up. I guess I was the only foreigner with a ticket at Will Call. In the meantime, the matinee performance was just getting out. It was then I realized something i didn’t previously know… 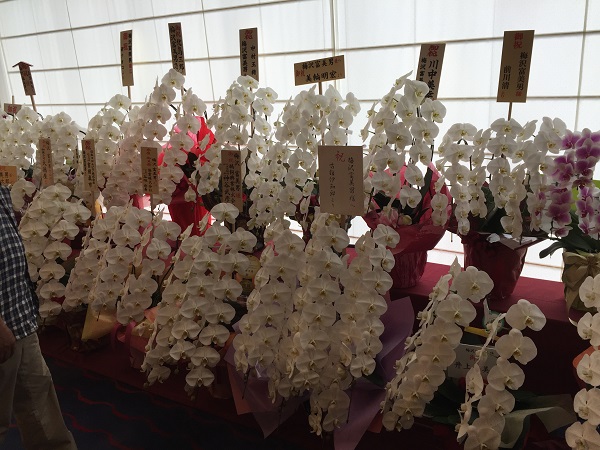 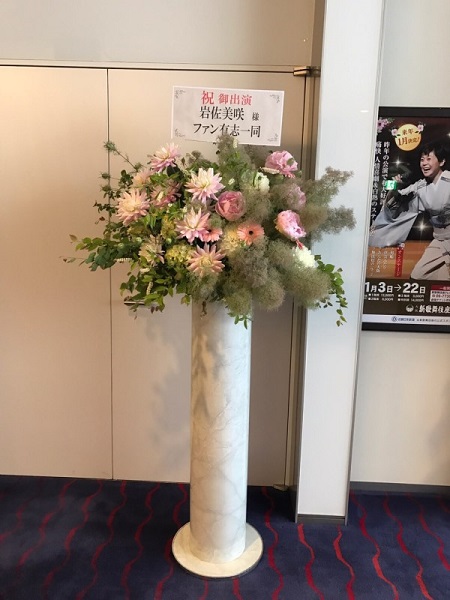 So my backup plan was to head to Namba after the show, but the long duration of the play put the Kibosh on that, I would barely have time to get back to Shin-Osaka for a Shinkansen back to Tokyo. Bummer, but it couldn’t be helped. I instead hung around the theater, and snapped a few photos. It is a really nice place. Actually, the original Kabukiza theater is in Tokyo, and this is their satellite location in Kansai. They mainly do traditional Japanese Kabuki-style performances. There were other music artists in the cast, like Wasamin’s NagaraPro senpai Tegawa Toshimi, who played one of the main characters, as well as another male enka artist who I wasn’t familiar with. And of course you had Umezawa Tomio, who is a famous actor in Japan. Anyway, I went upstairs and found my seat. I noticed most of the Wasafans had seats on the third floor too, although a few were on floor level. Also, there were tons of empty seats. TONS!!! In fact both balconies were at less than half-capacity. So why the hell were they trying to tell me it was sold out! 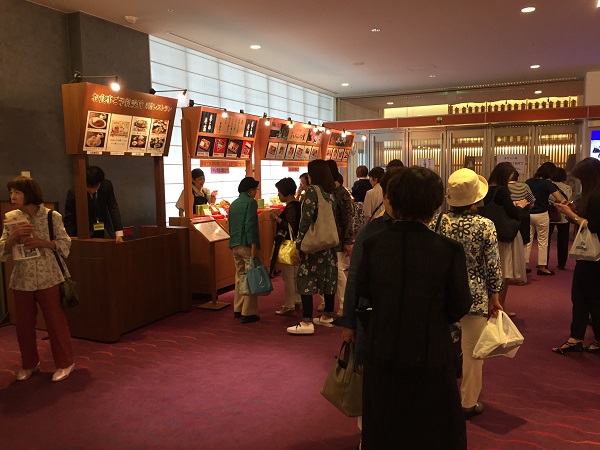 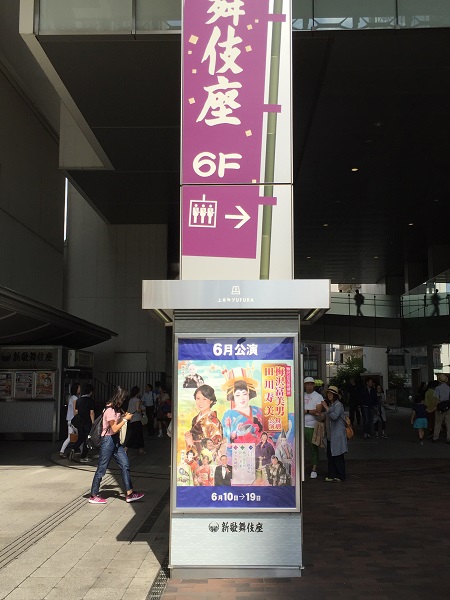 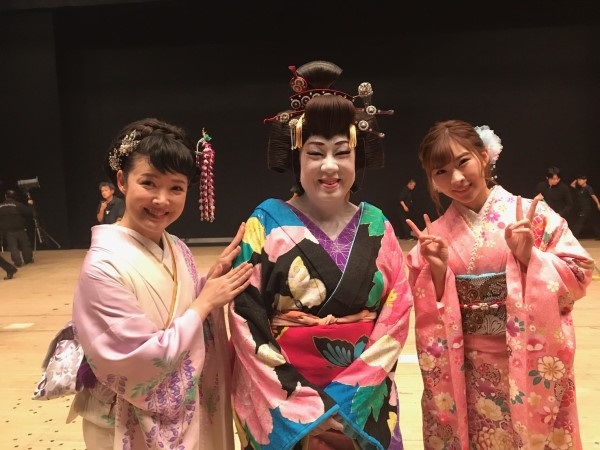 It wasn’t actually a 3 1/2 hour play, it was really three different performances. The play itself ran for about 70 minutes, after which was a 30 minute intermission. They second part was a musical performance, starring Shimi-san. Wasamin was introduced by Umezawa-san, and performed Saba Kaido. After another intermission, the third part was a traditional dance performance, and the songs were also performed by the cast. Wasamin performed Gomen ne Tokyo, with backup dancers in this part. As for the play, essentially the story was about a girl who runs away from her family and elopes, only to come back years later in shame with a baby in tow, and her family’s struggle on whether or not to accept her. Wasamin played the main character’s younger sister, who loves her sister and is upset with her father’s stubborness, ultimately resulting in my favorite Wasa-line of the show. “Otousan Hidoi!!!” as she spent the next few minutes blubbering in the background. Her exclamation of that line was so cute! I didn’t understand much of the story-line, especially toward the end, but it was a mix of comedy and drama. 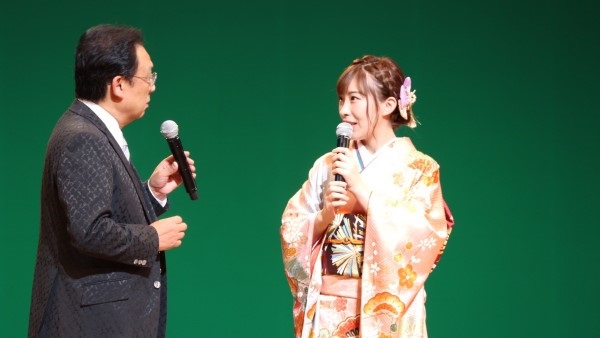 As for Wasamin’s singing, it was fun to see her perform in this atmosphere. The other funny thing was that I was probably the only foreigner there, and was getting more than a couple of curious glances from the obasans sitting around me. However, once they realized I was there for Wasamin, I was bombarded with a hundred questions. They were all so surprised. By the end, I was friends with everybody! After the show I hustled out of the theater, and headed back home. It had been a long day, and I had a long ride ahead of me… 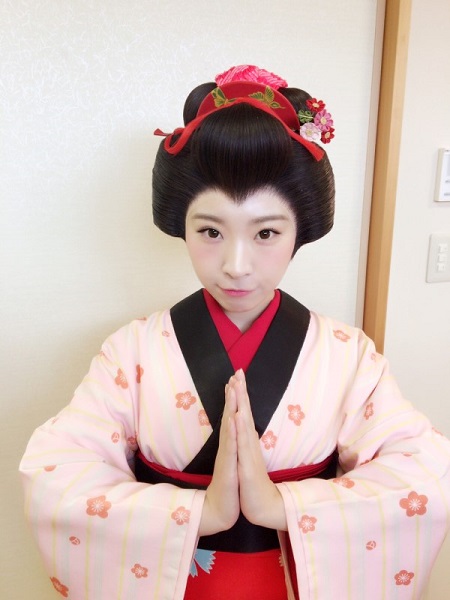 Like I said before, this was the first time I had seen Wasamin perform in a play since Infinity, almost 8 years ago. So this was a very nostalgic experience for me. That was one of my big motivations for going, not to mention the fact that I didn’t want to disappoint Wasamin. Plus, it was also a really neat cultural experience. That was my first time seeing a Kabuki-like performance live. I have also been saying that I would like to attend a Takarazuka performance too. I need to check into that again!