I remember when Wasamin graduated from AKB, and I resolved to devote most of my “idol energy” toward her solo career.  However, I would go and see other idol groups “once in a while”.  After all, I was really only into two groups, Tokyo CLEARS and FES☆TIVE, so it wouldn’t be too difficult.  Unfortunately for me, that list of “other idol groups” has continued to grow to the point that every week I am checking 7-8 different websites for idol schedules, seeing if there are any shows I would like to see.  That said, I think I have done a half-decent job of exercising some restraint.  I didn’t go to see Chaki, or No Plan, or Hyper Motivation, despite the fact that all of them have been active this month.  Oh, and then there is Kozue’s dance-idol unit “I LOVE YOU”, who I would really like to see one of these days.  See, the list continues to grow… 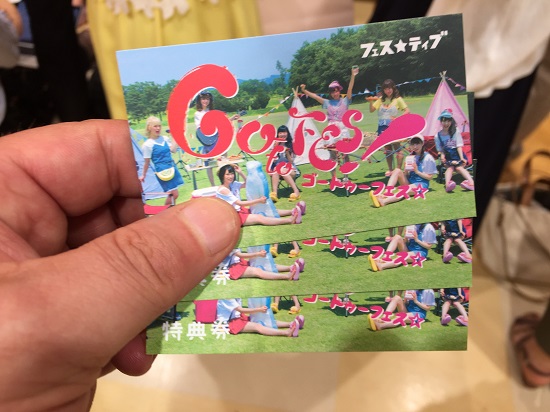 Like KissBee, FES☆TIVE are out promoting a new single to be released in time for “Tokyo Idol Festival,”  and the song is appropriately titled ‘Let’s Go Fes!’  The group is maintaining their usual, busy performance schedule, but are also throwing in a few free in-store lives to support the release.  The event I went to was held at Tower Records Kinshicho, where I saw Wasamin back in May.

The funny thing about FES☆TIVE is that the share the same label as Wasamin.  As a result, they share quite a few of the same label reps at events.  At this event, there were FOUR people from Tokuma who I regularly see at Wasamin events, including Yamaue-san, Sasou-san, the sound engineer, and one other guy whom I don’t know the name of.  Even funnier, when I first saw FES☆TIVE back in 2015, I had asked the Tokuma reps at Wasamin’s “Gomen ne Tokyo” event about them, and it was Sasou-san who called them a bunch of “busu-idols” (ugly girls!) 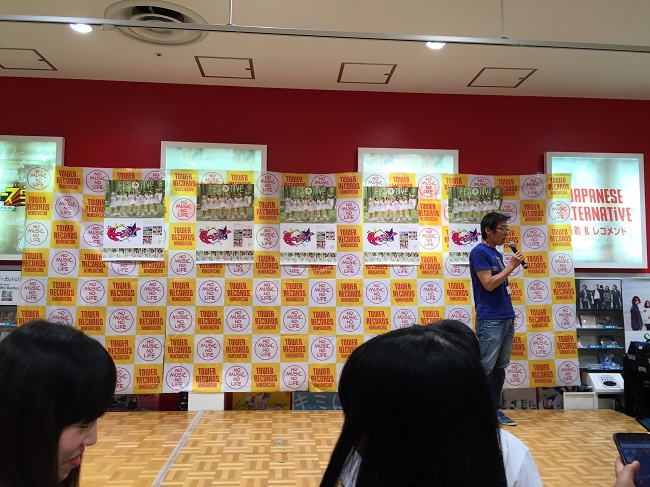 The new song is a lot of fun.  And the good news is that their two newest members, Piano and Saria have settled in quite well as permanent members.  I was worried about that since the group lineup had been static for so long.  Anyway, the new single is a lot of fun, and maintains the type of energy you would think a song like “Let’s go Fes!” would have… 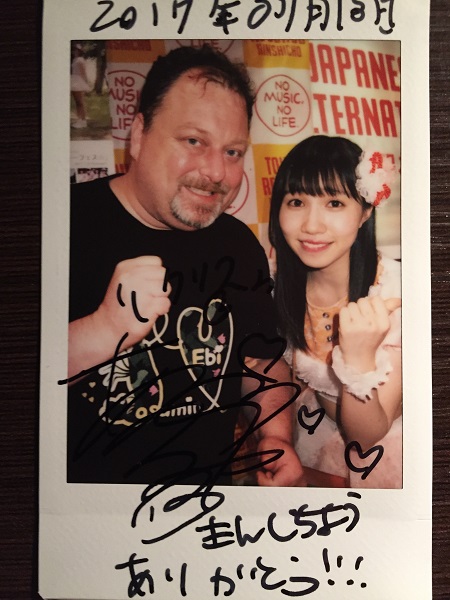 FES☆TIVE’s post-show perks are pretty standard, and the same as what they usually offer.  One ticket for a shame or cheki, and a second ticket if you want to have the cheki signed.  (Actually, at their paid events it is only 500 yen more to get the cheki signed)  Per usual, I queued up for Hinarin as fast as I could since these days she is BY FAR the most popular member of the group, and her line stretches all around the store.  I don’t even bother trying to see her more than once.  I just line up for her quickly, and then use the rest of my tickets on other members…usually Hiyo-chan. 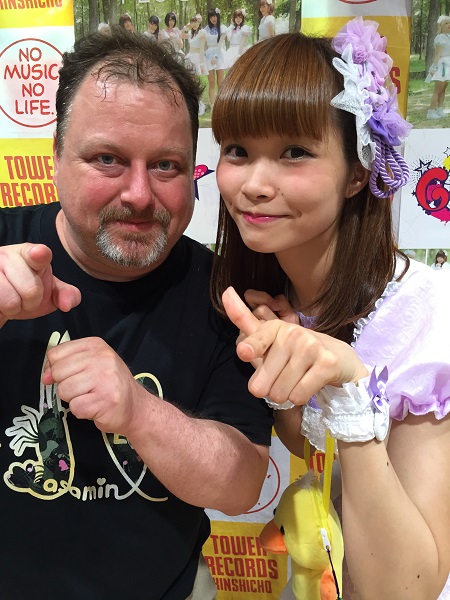 FES☆TIVE is going to be busy over the next couple of weeks with major idol events like TIF, but they will be squeezing in a couple of release events next week, including one in Akihabara.  I will do my best to make at least one of those events. 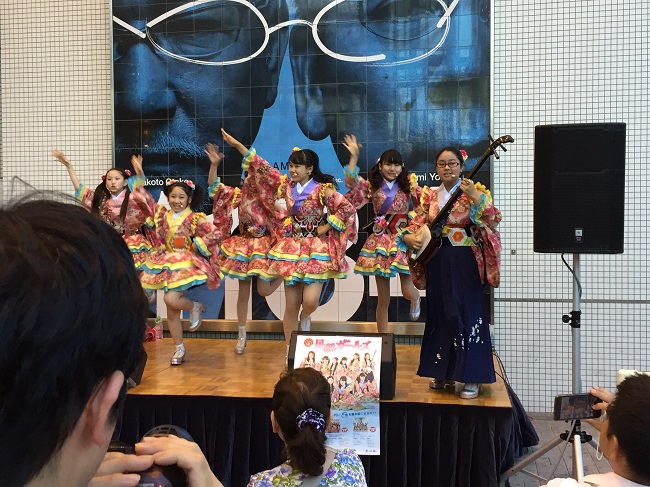 My guilty pleasure.  Actually, they really are a very talented group, and they have a very special gimmick.  Plus, you have to remember that both Wasamin and her manager have enlisted the Wasafans’ help in promoting them.  Throw all of that together, and I am proud to support them.

Speaking of ‘gimmick’, it is interesting to see them kind of go in a similar direction that Momoiro Clover went when they were signed to a major label.  (Remember early Momoclo? When they all wore Yukatas and had a ‘minyo’ sound mixed into their songs?)  When Minyo Girls first started they were strictly covering traditional Japanese folk songs.  However, once King Records signed them they seem to be breaking away from that genre a bit and doing more ‘idol-sounding’ material, albeit with a minyo/enka spin.  In fact, with each release they seem to be transitioning more and more into pop-idols. 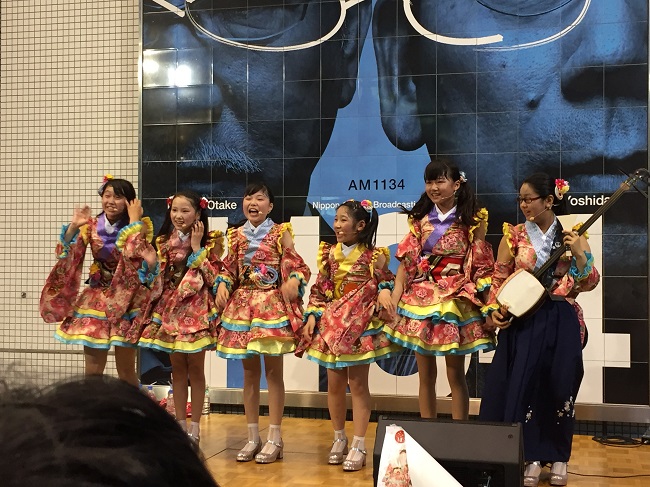 Minyo Girls have yet to release an actual single, instead they release EP/Mini-albums with 5-6 tracks.  The event I went to see was outside the Cultural Broadcasting Radio building in Hamamatsucho, a place where I have seen Wasamin AND Hayabusa on more than one occasion.  I did not know until I got there that this event was celebrating the release of their third major label EP, ‘Minyo Girls III’  Since the show was right down the street from Devilcraft, one of my favorite places in Tokyo for Beer and Pizza, I went there first to ‘warm up’ for the event.

When I got to the venue, I think the people at the booth thought I was a random passing foreigner, that was until I bout four copies of the new CD, AND pulled out my Minyo Girls Happi.  The guy was like “Whoah, where did you get that???”  I wasn’t kidding when I told them I was a fan.

After the event, where they played most of the songs from the new release, they were offering to sign copies of the CD jacket.  At first they said it would cost one ticket, but then someone else decided it would be free to anyone who bought the CD so cool.  Then it was time for handshakes, cheki’s and whatnot.  There were only six of the ten members in attendance, but all of the members I like were there.  So it was all good.  I first chose to do a group shot, which is a little more expensive, but it has become sort of a tradition for me with this group. 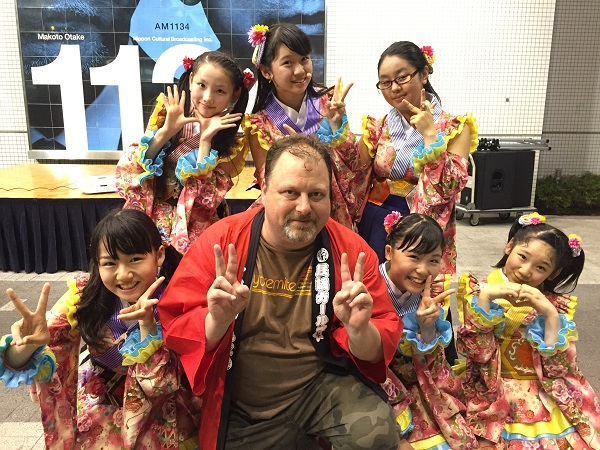 It looks like I am practically sitting on Yua, LOL

That is the FOURTH Minyo Girls group shot I have taken.  They are all fun to pose with.  I had tickets left, so I decided to do a signed cheki with one member.  Now I say that Yua is my favorite member of the group, but I also like Miyabi almost as much, not to mention the tiny Yutori, who always seems to remember me best.  Since I went with a Miyabi cheki the last time I saw them, I decided to go with Yua this time, despite the fact that Miyabi gave me real kami-treatment during the CD signing. 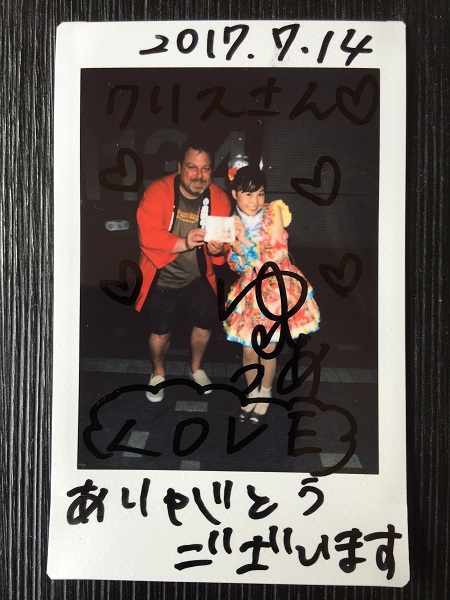 One of these days I want to take a cheki with Miki, the shamisen player.  She kind of sticks out as being much older, and not really that cute, but she is a major reason for their uniqueness, and sometimes I wonder if the other fans appreciate that.  Oh, and one more thing…

Their new PV!!!  ‘Ureshi Namida!‘ is from the CD ‘Minyo Girls II.’  They have been talking about releasing a single.  Perhaps this will be the one???  Anyway, Wasamin’s big concert is in just a few hours.  So expect that big report coming up soon!