It had be almost a month since my last theater win. I was beginning to think my luck had run out on me, since lately mywin frequency had been like once every 2-3 weeks. Then again, I haven’t been applying quite as much because my schedule limits me to certain days of the week. They also recently made a change to how the ticket center functions. Now, you get winning AND losing emails. To be honest, I am kinda bummed about this since to me it takes away from the excitement of seeing a ticket center email in my inbox. Now I just assume it is just another losing email. I have to open it to be proven otherwise. Anyway…

Thursday afternoon I checked my email, and saw that I had actually gotten cancel machi for Friday night’s 16th Gen show. 16th Gen seems to be my lucky group, since 6 of my 8 wins or cancel machis this year have been for them. It probably helps that Zunchan is listed on the ticket center as my oshimen. I had a relatively low cancel machi number, #69. Given my recent experiences at the theater, I figured there was a good chance that would get into the show with that number, although it wasn’t a sure thing. I was regularly checking the cancellation tally, hoping the number would climb fairly high. (If you weren’t aware, if you get cancel machi for a show, you are given a link to see how many show winners have cancelled their reservation online. It can be a decent indicator of how high cancel machi may go) The pre-show cancellation was at 35, which is about average for 16th gen. When I got to the theater three minutes before cutoff, it had climbed to 37. A couple of minutes later staff began rattling off cancel machi numbers. Up to 40, then through to 50, he wasn’t even really looking at his clicker. At this point I was reasonably certain I was getting in. Through the 50s, into the 60’s. #69, I won!!! And, it wasn’t one of those cancel machi wins where I have to wait for everyone else to go in before I get to grab a spot in the back. I was actually going to be in the seat lottery! Ultimately, the cancel machi went up into the 90’s before it cut off.

So the next question was, how good a spot would I get? I had ticket #226, which is actually the first person in line for #220-229 (220-225 are enpou tickets) I didn’t even hear the first group called, which was #140-149, next was #100-109, then #220-229. Whaddya know!!! We got in third! and that made me the 21st person into the theater. Unfortunately, for some inexplicable reason I set off the metal detector. So I got sidetracked for a minute while security gave me a good pat-down. In the interim, two people behind me passed me up. But when I got in there were still seats in the front row, albeit on the left and right ends of the stage. I grabbed a seat three spots down from the left pillar.

This was my 37th Theater win, 3rd time seeing the Let’s Go Kenkyuusei stage, and the 4th time I have gotten a first row seat. (The other three were SDN48 Chen Qu Seitensei in 2010, Team K Waiting Stage in 2012, and 15th Gen KKS debut in 2013) It also dawned on me that this would be my first time watching 16th gen from the left side of the audience. So a different perspective, and also a chance to play “Who’s gonna fish the foreigner???”

After being given “first row rules and instructions” by security (Don’t raise your hands or lightsticks above your head, don’t put your hands or feet past the guardrail) the show was about to start. Immediately I had Sato Minami and Zunchan right in front of me, and Zunchan gave me an immediate smile and wink. I knew Zunchan spends considerable time on the other side of the stage too, but she seems to gravitate from one end to the other, so no worries. Minami, on the other hand, is barely on this side of the stage, aside from the very beginning and very end. My other favorite 16th gen, Zukkii, didn’t come near me at all, until the encore portion of the show. I did get a few new member impressions, but before that… 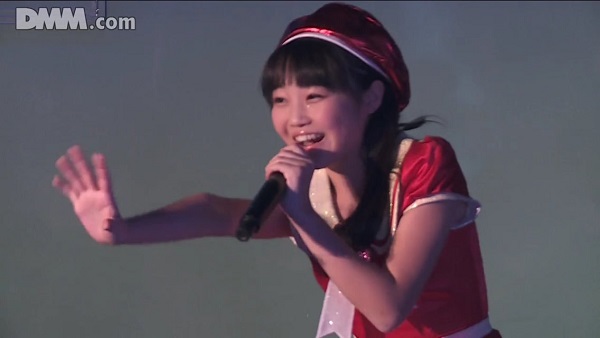 The Show Overall: This is my third time seeing this stage. And there was some discussion a couple months ago about whether or not it was good, or perhaps boring. Obviously seeing the show in person offers a different perception than watching DMM, and of course being in the front row does add another element of excitement. But after seeing “Let’s Go Kenkyuusei” for a third time I still say it is a very enjoyable stage. That said, I think the Units might be the weakest part of the stage. The reason I say that has a lot to do with personal taste, but I believe Ai no Iro is kind of a throwaway song, and Wagamama, while cute, isn’t really captivating. But that doesn’t take away from the All-Star performance given by Zukki on Migiashi Evidence. It actually inspired me to seek out Fujita Nana’s single, which I didn’t purchase when it came out.

On the other hand, the highly energetic opening set really keeps the audience engaged, regardless of whether or not you are a fan of the sings individually. (Personally, I love Minnasan) The post unit set has two great audience participation songs in Runner and Zutto Zutto, and the set finishes with an audience favorite (Wasshoi) and a song that I have recently grown really fond of (Team Zaka) I still notice the lip synch issues here and there, particularly from Sato Minami. At the end of the day, I am still not bored with the stage overall, although honestly during the units I am pretty much just waiting to see Zukkii.

Member Impressions: At this point, the only member of 16th gen I have established any kind of personal connection with is Zunchan, and that is because I have met her at handshake events, and I am always paying attention to her during the show, chanting her name, etc. So I know she recognizes me, and gets that I am fond of her. However, there are other members I like too, particularly Zukkii. Unfortunately she spends very little time on this end of the stage, until the end of the show. So when she did finally make it over to my side I tried very hard to cheer for her directly. 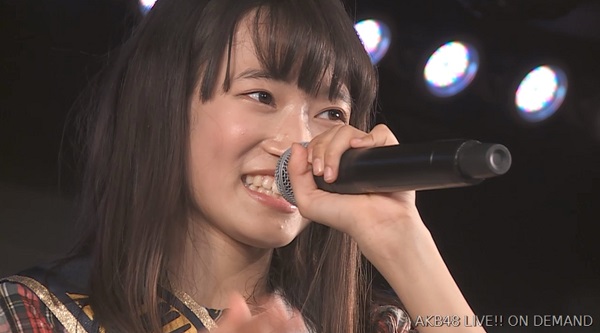 I got to see a lot of Kurosu Haruka, and the more I watch her the more I like her. In a way she kinda reminds me of Fuchigami Mai. On the other hand, I am completely conflicted about Yasuda Kana. I think she has great energy and stage presence, but she often makes these weird facial expressions that drive me crazy. 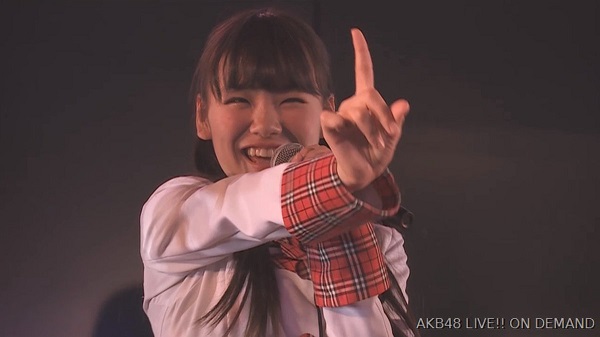 The three members who at times focused on me in particular were Suzuki Kurumi, Taya Misaki, and Mutou Orin. Unfortunately none of them are really my type of idol. One of the reasons I was getting attention (aside from being an obvious foreigner) is that on certain songs I know the hand motions/gestures, and I try to follow along with them. This happens in particular on Zutto Zutto, Minnasan mo go Isshoni and Kudoku na Runner. These days fewer fans actually do that, as most of them simply wave their glowsticks.

Also, at the end of the show right before the “High Wave” I was sitting right in front of Zunchan, and Inagaki Kaori. Both of them spent that minute or so trying to engage me in English. LOL.

And that was the show. Since I was one of the first people out of the theater, and I had no backpack, I bailed down the escalator before the big rush. Once again, I am very happy to be winning any kind of theater show, and I love that I am regularly getting to see the Kenkyuusei. It will make me very sorry when these girls all get promoted. Maybe they will make them all one team, like Team 4. I would enjoy that. We’ll see.