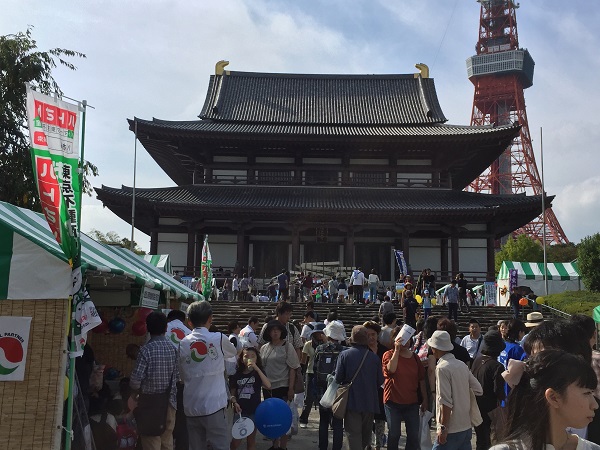 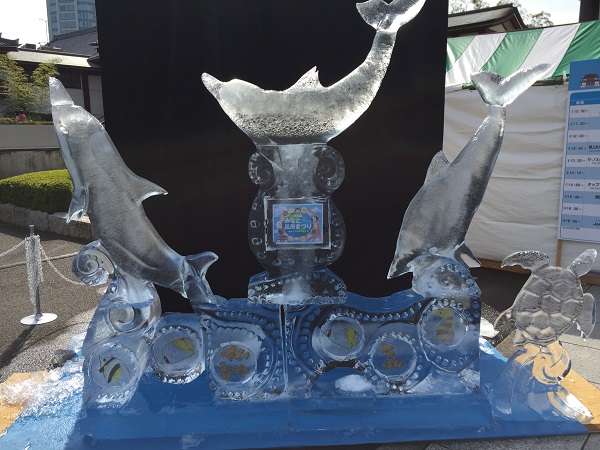 I was debating whether or not to go to this event. On one hand, I like to go to as many Wasamin events as possible. However, I need to pace myself, especially when it comes to these DVD Pre-order events. It’s fun to take shamekai with Wasamin, but it isn’t cheap. There was also an idol event in Makuhari very close to the Sunday AKB concerts, which featured KissBee, FESTIVE, and Disdol. Three groups I am into seeing these days. Ultimately I decided to stick to my Kami-oshi. And I could go get pizza and beer afterward at Devilcraft too! 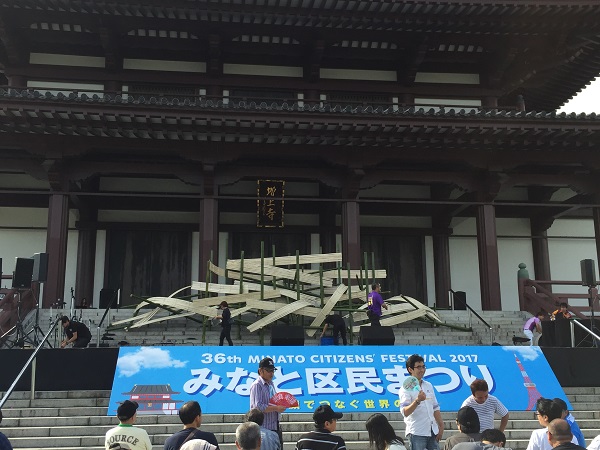 It was a festival crowd, which meant the were a lot of people there to watch the entertainment. Foreigners too. I always like to observe the foreigners watching Wasamin perform, seeing their reaction and such. Also, this was like an extended mini-live, with six songs instead of the usual four. I think they did that to fill a complete 30-minute time slot. And since it was a festival, that meant there were lots of people attempting to take photographs, so security was racing around the area to stop them.

The nice thing is that you don’t necessarily have to pre-order a concert DVD to meet with Wasamin, since they are still promoting her 6th single, Saba Kaido. So I ultimately decided to go on the cheap, and went with two singles (and two handshake tickets) I told Wasamin how much I like Japanese festivals, and she asked me if I had any festival food yet. That was the odd thing, the food was kinda hard to find. Most of the booths involved community services and children’s activities. So I told her not yet, and she was laughing at me as I struggled to get out the “not yet” grammar. I mean I know the grammar rule, but it is sometimes difficult for me to access it “on the fly.” After waiting a while, I went in for my second ticket, and I asked if she had ever heard of Devilcraft, which is an American Pizza parlor and microbrewery in Hamamatsucho. They also have a location near the Tokuma offices in Gotanda. She said she hadn’t heard of it but wanted to try it.

In the meantime, the act after Wasamin was a Hawaiian dance troupe, so it was nice to have that music as the backdrop of the Wasamin handshake event.

I am not able to attend Wasamin’s next couple of mini-live events, but I did win ticket(s) to her appearance at the Yamano Music Enka Festival. In fact, I won three tickets, which was kind of odd. Anyway, if anybody wants to go…