(By the way, I apologize in advance if this post gets a little Minyo-centric. They are a lot of fun, after all.)

This is the third time in the last couple of months that Wasamin has performed at a festival in or around Hamamatsucho. Last month she was at the Minato Citizen’s Festival, and just before she went to San Francisco, she performed at this exact location, also with Hayabusa and Minyo Girls. That particular event I missed because I was under the weather. But I was really excited about this event not only because I was seeing Wasamin, but it had been a while since I had seen Minyo Girls.

My original plan was to go see KissBee in Ikebukuro, and then head over to the Hamamatsucho festival afterward. However, I decided to nix the KissBee plans, and just go to see Wasamin. I got to Hamamatsucho around a half hour before the NagaraPro performance began, and as I got within a half block I could clearly hear Saba Kaido being played on the speakers. At that point I thought they were doing a sound check, until I heard Wasamin start to sing. WTF??? I was positive the posts said 4pm-5pm, and it wasn’t even 3:45 yet. As I turned the corner, lo and behold there was Wasamin up on stage. However, after one verse, she stopped. It turned out they were only doing a sound check. Phew! 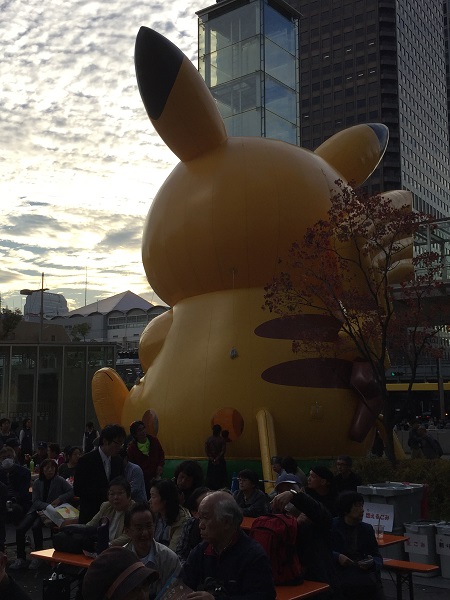 As I walked past the giant Pikachu, I immediately saw the NagaraPro booth over on the left. It was easy to find since all of Minyo Girls were running around and playing grab-ass with one another. You know, basically acting their age. They had the booth divided into three sections, one for each group. I was interested in what Minyo Girls was selling. As I walked over the Minyo Girls were handing out flyers to everyone. Just then, one of the members came up to me and handed me a flyer. “Arigatou, Kako-chan!” I said, to her surprise. At which point Matsuri came over and said to Kaku “He’s been to our events before. Just then, Miyabi-chan came over and said “Hello CK-san!” Yua, who was standing next to Miyabi, was like “His name is CK?” At this point I told them both that they can call me Chris. A short time later they had to leave to do their sound check, so I finally had a chance to shop their booth. The first thing I noticed, that really got me excited, was that they were selling tickets to their Solo live at the end of the month, which according to the NagaraPro website is “Sold Out.” So I was able to score a ticket. And since I have multiple copies of every CD they have released, I decided to get the one item of theirs that I don’t have, a Minyo Girls light stick. For that I got two tickets, which I planned on using on Miyabi and Yua, so I was good to go. Anyway…

So now I have tickets to both of Wasamin’s events, and now Minyo Girls!

While Minyo Girls were doing their rehearsal, Hayabusa was passing out NagaraPro flyers around the venue as well. Its weird though, and perhaps it is beacause they know I am a Wasafan, but the guys from Hayabusa NEVER come to me. In fact, of all the times I have seen them, only one of them (Yamato), one time, has ever engaged me. But whatever. I also noticed that unlike the other two acts, Wasamin was not tasked with passing out flyers. Well, she IS the headliner, after all!

I forgot to mention that while I was making my purchases at the Minyo Girls booth, Ichikawa-san came over to say hello, and was sorta chuckling that I was buying Minyo stuff. I asked her if Wasamin was doing handshake or 2-shots. She said handshake only. Good! I bought two CDs, which turned out to be a great idea, which I will explain later.

Minyo Girls lead off the event, doing a mixture of their traditional songs, and their pop songs. Their set was a lot of fun, and you could tell the people at the event were getting into it. There was also a group of young girls (mid-20’s) who were totally cheering the group on. The other interesting thing I noticed was that Miki, the shamisen player, did not have her instrument plugged into anything. I will have to check it out next time, built is the first time I have noticed that. Their set went a little bit long. But once they ended I immediately headed back over to the booth, since I didn’t really need to watch Hayabusa, and I wanted to use my tickets before Wasamin started. I didn’t do a group cheki this time, instead opting for two individual chekis with Yua and Miyabi. 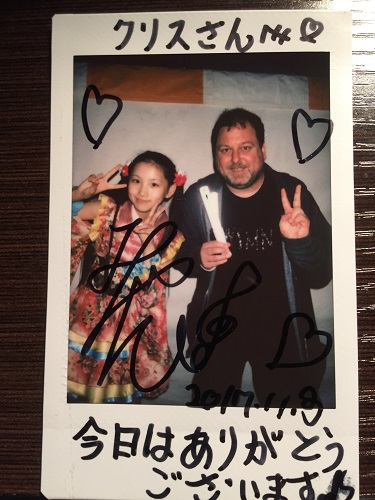 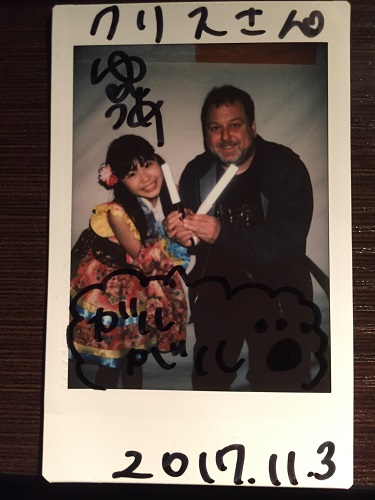 Miyabi (top) Yua (bottom) Yua actually took the picture of me and Miyabi.

Miyabi and Yua were playing with me the entire time. They kept coming over to me and trying to engage me, ti was totally cute. Even Miki came over to me at one point and thanked me for coming. Miyabi kept asking me about their DMM Yell thing that they do, but I don’t really know much about it, so I apologized to her. Though i did tell both of them that I got a ticket for their solo live. Interestingly, as I was doing my cheki with Yua, Wasamin’s set was starting. Just then one of their managers came running over, telling Yua to please hurry, and that I am probably in a hurry to see Wasamin, LOL. I told them it was okay, and ultimately I really only missed the first half of the first song. BTW, here is Wasamin’s setlist… 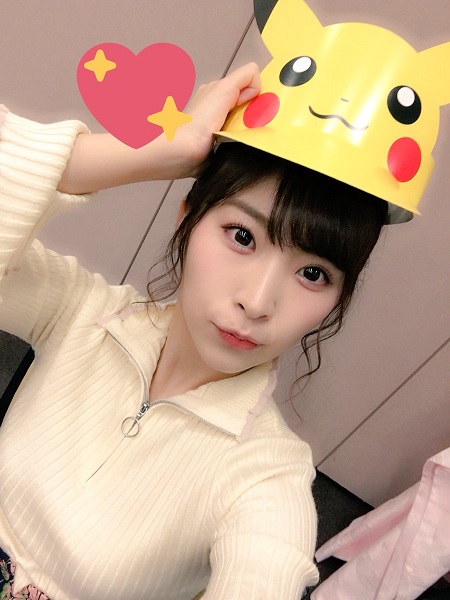 Ultimately, it was much like one of Wasamin’s usual events, although it was a much bigger crowd, and she was really engaging with people and the audience, as well as the people in the food booths. In fact I mentioned in my first handshake with her that her MCs were very interesting tonight. She asked if I understood what she was talking about. Yeah, more or less, I did. She also promoted her 3rd Concert DVD, as well as her upcoming 4th Concert in February. Once Wasamin’s set ended, everybody made a beeline over to the NagaraPro booth. 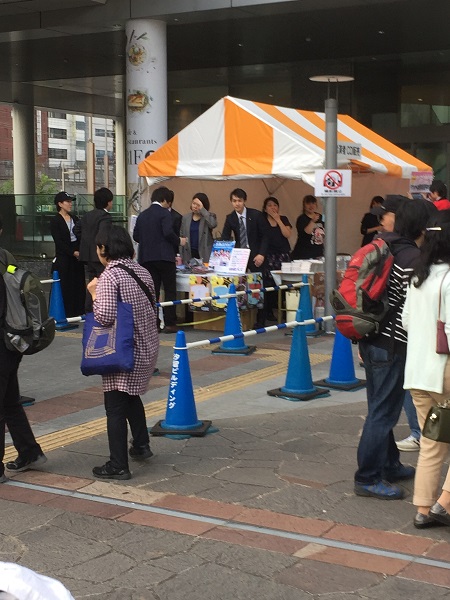 Minyo Girls were still doing cheki’s with the fans. Ya know, I think many of the adults around Minyo Girls are actually their parents. Hayabusa was doing their handshakes, and whatnot. But once Wasamin’s set ended, the line to buy goods became GIGANTIC!!! The line to actually visit Wasamin was really short, because everyone was caught in the big queue. I remarked to Wasamin how big the line was. She was like “Yeah, I noticed” I said I was lucky that I bought tickets before the event. “Good job, Chris-san!” I knew Wasamin had a long line of fans coming, so I gave her my best wishes and excused myself to go to dinner.

The next Wasamin event I will be attending is her November challenge campaign performance on the 15th. Then the following weekend she has a bunch of appearances scheduled out near where I live. So I will have to go to at least some of those events!