We are winding down the year to the last couple of major Wasamin events in 2017. Her ‘Love Live’ Acoustic shows are becoming a twice yearly tradition, dating back to last year. This is not an Enka concert. Wasamin instead sings classic pop songs and ballads while playing guitar in an attempt to branch out and not be pigeonholed into one musical genre. Unfortunately, I wasn’t able to attend the first one in September of last year, but I have attended the last two. 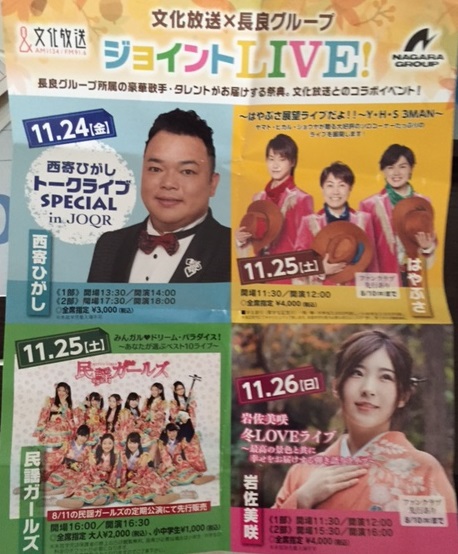 This time, Wasamin would be holding two shows, one in the morning, and the other in the late afternoon. The venue, which is in a radio station building across the street from Hamamatsucho station, is extremely small, seating less than 200 people. I got a good look at it the previous evening when I went to see Minyo Girls’ solo performance. As usual, fan club members got first crack at tickets, and I scored pretty good seats; second row center for the matinee, and sixth row center aisle for the late show. I headed out early to queue up for goods, since I didn’t want to miss out on the cool new soccer jersey Wasamin was selling. (as well as her 2018 calendar) The shirt actually came in XXL size, which is a rarity in Japan.  BTW, Wasamin posted a video promoting the new goods… 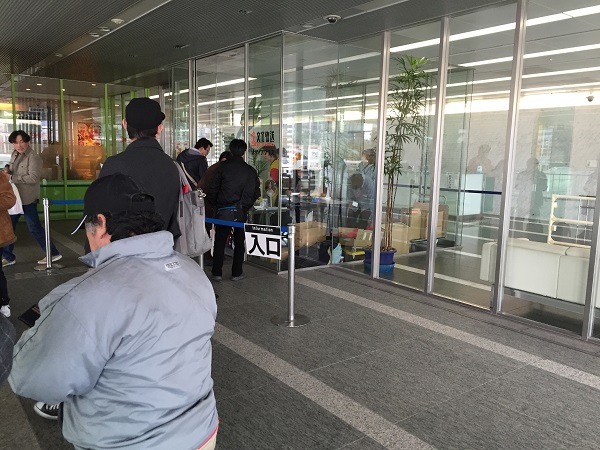 I got me goods, and immediately tried on the shirt. Slightly snug. Normally in America I wear XL shirts, and I can usually wear an XL in Japan too. But for some reason when it is a Jersey, XXL is more like a regular large. Oh well. I also picked up a couple of CDs since Wasamin would be holding a handshake event after each show. Doors opened at 11 a.m., and since the venue was on the 12th floor, we were taken up in groups of ten via the elevators. The fan club came through with another beautiful flower/ balloon set. 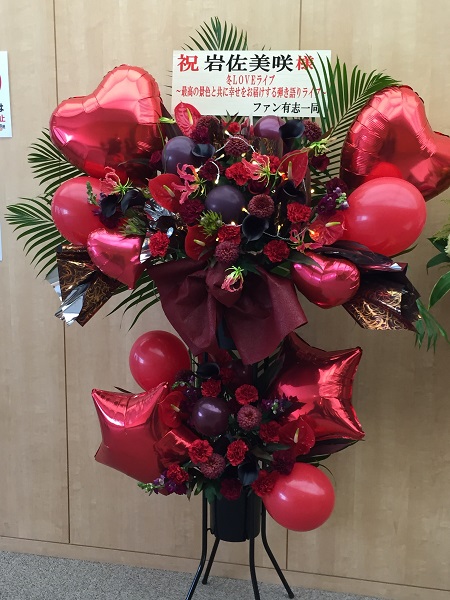 The show started with a music box version of Hatsuzake, as Wasamin hit the stage. For this show, she would have a piano accompanist. She was wearing a very pretty black dress, that from my vantage point really showed off her cute legs. Here is the matinee setlist… 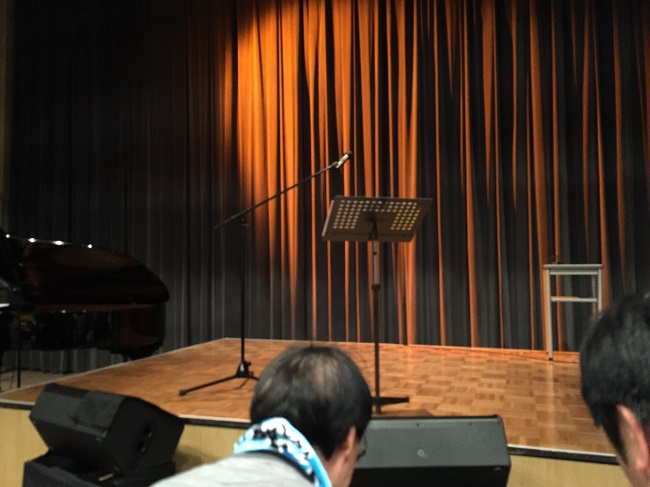 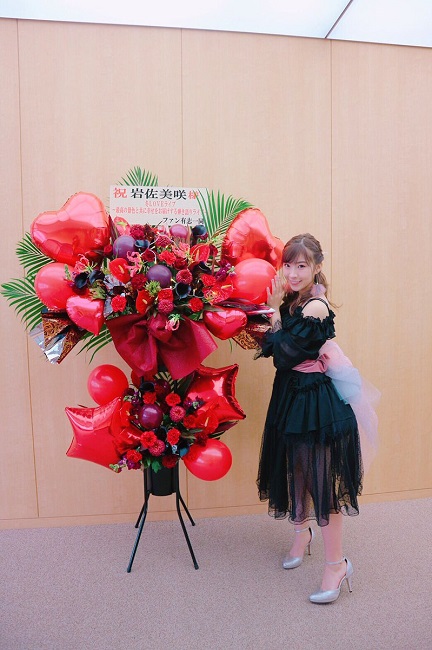 Interestingly, quite a few of the songs Wasamin performed had English lyrics. It is no secret that her English is not very good, so I am always interested in hearing her singing in English. It just melts my heart. Her English, as bad as it is, is soooo cute! Also, her performance of Fuyu ga Kuru Mae ni was incredible. It is a really powerful song, and Wasamin doesn’t often sing with THAT much power. I was really impressed! For the encore she changed into her new soccer jersey, which looked really cute under her black skirt.

The post-show handshake event was held in the station lobby, down on the second floor. I told Misaki-chan that I LOVED Fuyu ga Kuru Mae ni, and that I also enjoy when she sings in English. She asked how her English sounded. I gave her a big thumbs up and said Cho-Kawaii!

We had almost two hours until doors opened for the late show, so I decided to eat lunch at Devilcraft, and have a couple of beers. That may not have been the best choice since the beers started hitting me in the late show, and I suddenly felt really tired. In fact, I think I dozed off briefly. But I was able to shake myself awake and pay attention. I don’t think Wasamin would appreciate me sleeping in her show. 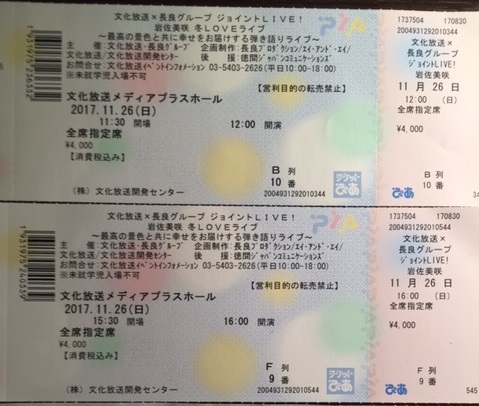 In addition to the goods, they were also selling tickets to Wasamin’s 4th concert in Ebisu, as well as tickets to NagaraPro Enka Matsuri in January. I have already pre-ordered my 4th Concert tickets, but I still hadn’t decided whether I wanted to go to the Nagara Pro NHK Hall Show. The tickets are quite expensive. (10,000 yen!) But since they were actually selling tickets for the special Wasamin cheering section, I bit the bullet and bought a ticket for the late performance. Once is usually enough for me and Nagara Pro Enka Matsuri, even if Wasamin promises to sing different songs in each show. The real stars of the event are Kiyoshi and Mizumori anyway. 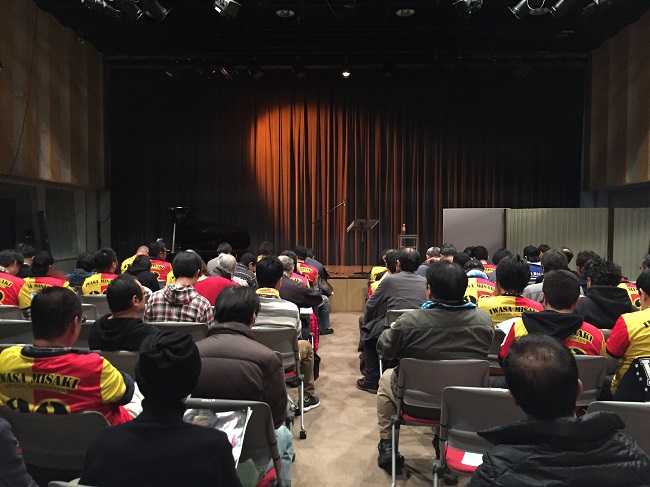 Around 2/3 of the set was the same, but there were a few songs changed up in the beginning, and toward the end. Wasamin had on the same outfit, but she changed her earrings. And of course the MCs were somewhat different. I was really hoping she would sing Sweet Memories and Fuyu ga Kuru Mae ni again, which she did. And there were even more English lyrics in the second set.

And about that drawing. Unfortunately I didn’t win any of the signed chekis, although I did come close. The seat two to the right of me (B-12, I was B-10) won in the early show. Wasamin announced “B…juu….ni!” Dammit, I thought for a second I had it! Instead it was Yukikaze, who I also mentioned in my HKT/SKE handshake report on my last post.

I was one of the first in line for the post show handshake. I thanked Wasamin for the show, and told her she was great. I also explained to her that the #23, which is the number on the back of the soccer jersey, is also famous in America as being the uniform number of Michael Jordan. All the people in line behind me, as well as her manager, went like “Ooohhh” since I am sure they have seen people wear that old Bulls jersey in the past. I think Wasamin knew who I was talking about, although I didn’t confirm it with her. 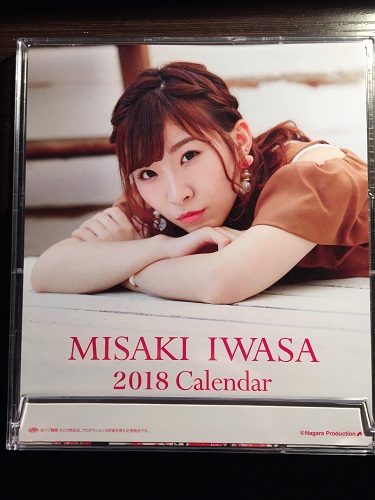 I wasn’t hungry, so I decided to head home and get some homework done. I also wanted to check out the calendar. As Wasamin said in her video in the above post, it is a cute calendar. The same CD Jewel Box style she sold last year. And I think I will be joying the Spring, as April and May are among my favorite of the the photos. 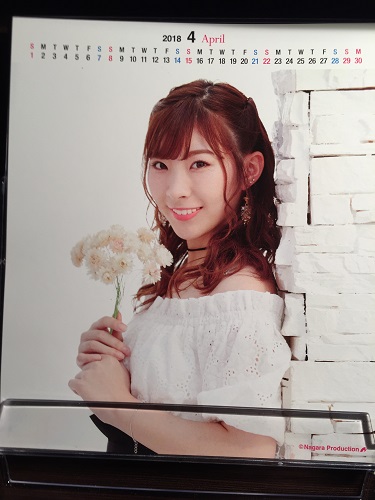 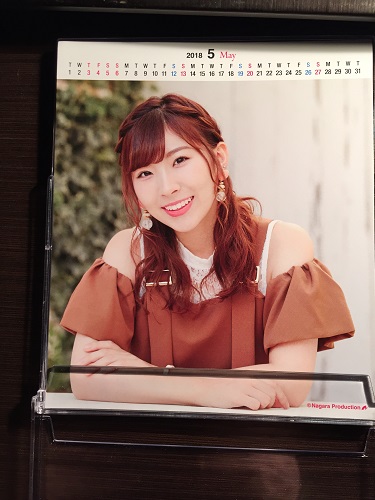 And here is the soccer jersey… 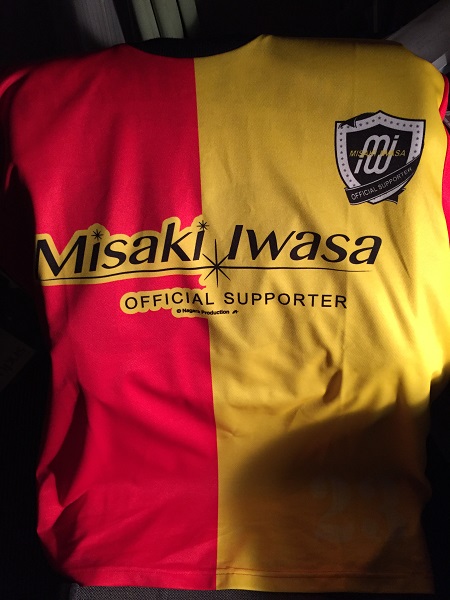 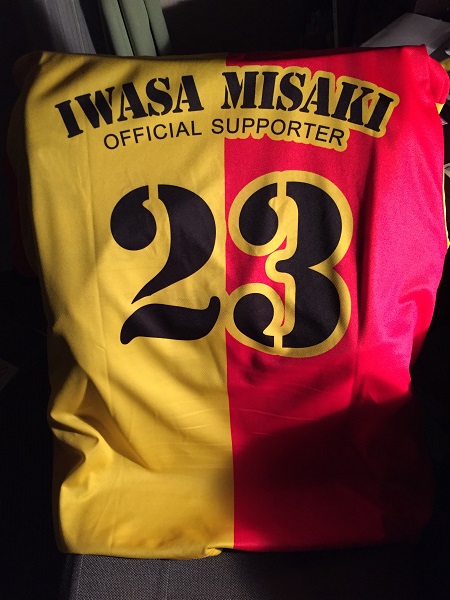 Next up for me is Wasamin’s River Cruise luncheon on December 9th. I got my official confirmation in the mail this week, as well as a cute little gift from Wasamin… 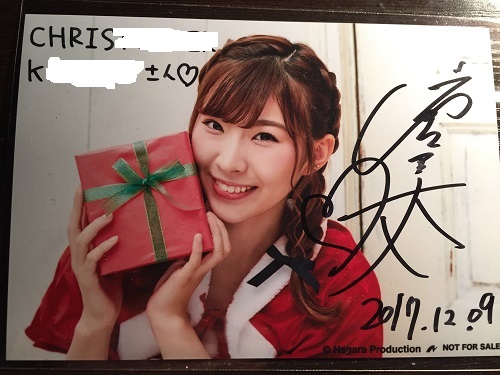