Plus, Wasamin meets her fans a few days later…

Okay, let’s finally do this! I’m sorry this post is coming so late. Usually I try to put up major Wasamin stories within a day or so, but this week I have been crushed with responsibilities, studying, and social stuff, so I barely had time to do the writeup. But alas, today is the beginning of a 4-day weekend…

The day finally came. It was the event Wasafans had been anticipating since late last year. The great thing about Wasamin’s solo concerts is that it’s the chance to see her perform on a big stage. We are also treated to the surprise of what pop-songs she will perform during the photo-op portion of the show. Of course there is also the possibility of a major announcement too.

Since this was Wasamin’s solo concert, the fan club was offered the exclusive opportunity to purchase “Ichigo Seats,” which not only guarantee a seat in the first three rows, but also come with other exclusive benefits. For this show, an Ichigo Seat for the matinee came with the opportunity to go to TBS radio and watch Wasamin record episodes of her weekly radio show. The evening Ichigo Seats came with a special “Wasamin Party,” which I talked about in the previous post. That said, this was the first time I didn’t purchase the Ichigo Seat for all shows. To make a long story short, 1) I had a mix-up with AKB handshake tickets, so I was trying to free up part of the day to use the handshake tickets I had accidentally purchased. 2) Ichigo Seats are quite expensive, so I decided I would be frugal and save myself 10000 yen. As a result, I bailed on the radio recording, and only went to the party. Luckily enough, my “regular” seat for the matinee was in the row right behind the Ichigo section. So from a seat standpoint, it didn’t really make much difference.

Ebisu Garden Hall is just across a walking bridge from Ebisu Station, in the same complex as the Yebisu Brewery Museum and many high-priced restaurants, including my favorite restaurant on the planet, Lawry’s. For some reason I had forgotten what time the matinee show started, arriving in Ebisu just before 11am. When I got to the hall, and only saw one other fan standing there, I realized I was a bit early. Luckily, there was a sign on the door stating that the goods booth would be open for early bids at 12pm. I passed the time watching people ice skate on the portable rink in the middle of the square. I went back and forth on whether to get all the new goods, despite the fact that the shirt and hoodie they were selling came in XL. Japanese XL is somewhat of a crapshoot for me, as sometimes they fit, and sometimes they don’t I considered blowing off the hoodie, but ultimately bought the full set since it also came with a bonus photo of Wasamin modeling all the goods. The irony was that ultimately the hoodie “kinda” fit, but the T-shirt is way too small. XL my ass! It is smaller than the M-size shirts Wasamin had for her first two concerts! Anyway, eventually it was show time. 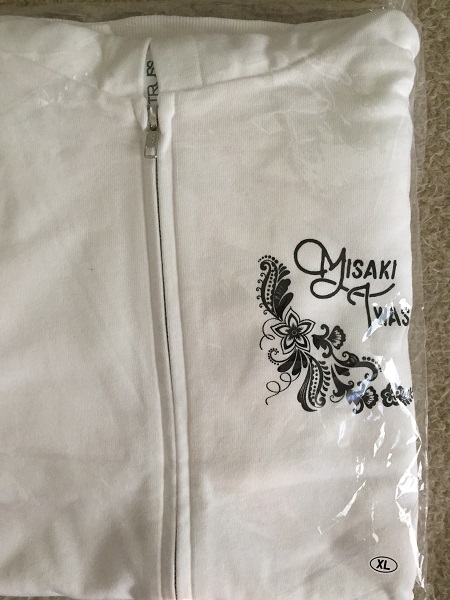 The “hoodie” kinda fits me

I love the little Sanrio Enka character, too bad I really can’t wear this shirt. 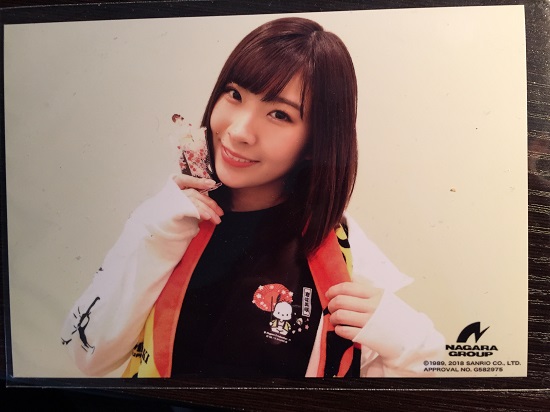 Wasamin modeling all the new goods. Yes, I got the oshi-towel and the acrylic stand too

Another Wasa-ballpen, yatta! You got that if you pre-ordered a single at the venue.

My matinee seat was in the 4th row, which had a huge aisle right in front. Could this mean that I will have some “up close and personal” time with Wasamin? Here is the matinee setlist…

THE SONGS
I have to admit, at the beginning it felt like “just another Wasamin concert.” It wasn’t until she got to the pop stuff and acoustic guitar stuff that I really started to get into it. A couple of those songs she had performed before, but it was really nice to hear her sing UFO. My favorite part was her performance of Goodbye My Love, which contains an English-spoken verse. I just melt when I hear Wasamin trying to speak English. The other question was whether or not she would perform the new song, Sado no Ondeko. Our question was answered during the Encore VTR, which was a retrospective of Wasamin’s past PVs, leading into an introduction of the new song. Her performance was spot on, despite the fact that she later said she was really nervous. Not only that, she is really demonstrative with her body movement while singing it. I am looking forward to seeing her perform it more, as it is quickly becoming my all-time favorite Wasa-single.

GUITAR
Wasamin is still diligently practicing on her guitar work, and ultimately she seems a lot more comfortable playing while singing. However, she completely screwed up on Konayuki to the point where she stopped, sighed, and then picked it back up, LOL. 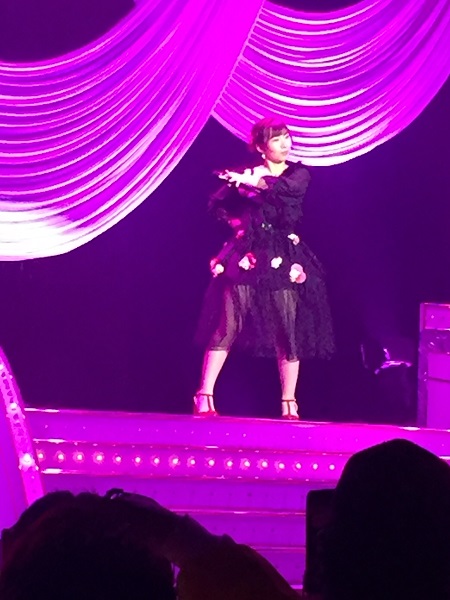 PHOTO-OP
That black dress was so cute! I love when she wears stuff that shows off her sexy little legs. The bummer was that during the photo-op portion of the show, Wasamin seemed to forget to come over near where I was sitting. I don’t know if it was on oversight, or she just took too long in the other sections, but I was in the perfect spot to get some awesome closeup shots, and she never came by.

Anyway, after a very short break, it was time to enter the venue for the evening show. Wasamin’s family was on hand for the finale, although I’m not sure where they sat. They are usually somewhere in the middle-back of the venue. My ticket was in the Ichigo section, on the opposite side of the stage from where I sat in the matinee. Here is the setlist for the evening show… 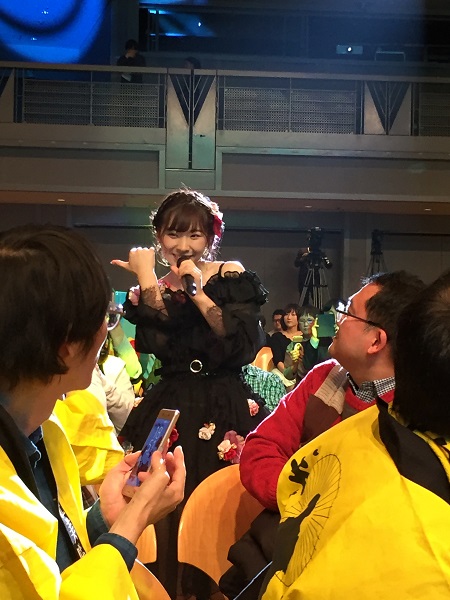 SETLIST
The main difference between the setlists were 1) songs 9-16 were completely different for each show (there are some gems in there too!), and 2) Songs 1-2 and encore songs EN2-EN3 were swapped in the later show Between the morning and evening setlists, I liked this one a lot more. “Hidarikiki” and “Otokonoko” are both crowd-pleasing covers she does a lot, and her cover of Pepper Keibu was awesome! 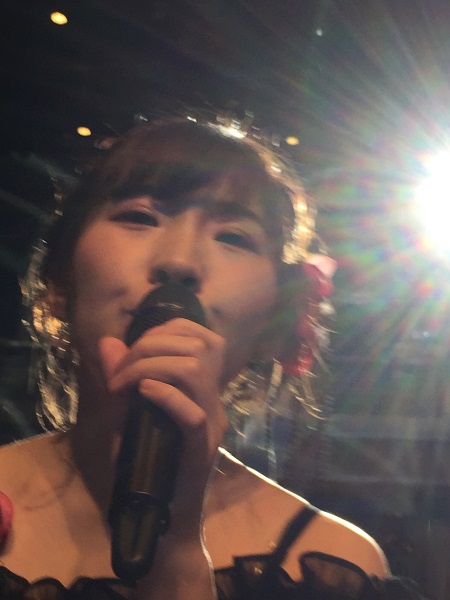 STAGE VIEW/PHOTO-OP
Despite being just one row closer, I had a much better angle to the stage, and a much better view overall. Plus, Wasamin did come over to where I was sitting, so I got a few nice closeup shots. This may have had something to do with why I enjoyed this show more. 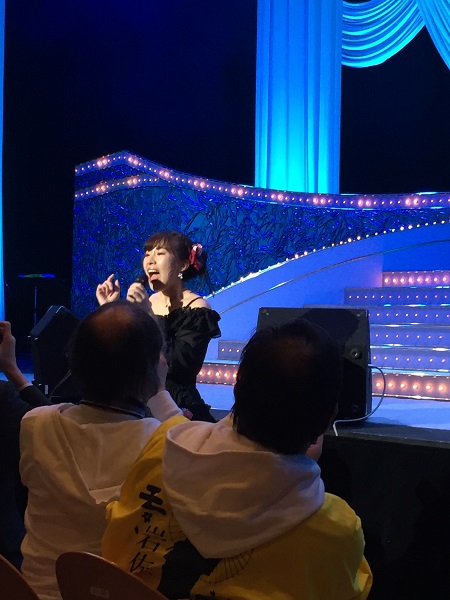 COSTUMES
I mentioned the black dress, which you can see in my photos. The other costume of note was the green Kimono she wore at the end of the show. That was a gift from Wasamin’s senpai Tagawa Toshimi, I believe it had something to do with the play Wasamin performed in last year in Osaka, which Shimi-san starred in.

Fan Club flowers, and then the row of flowers, which stretched all the was across the lobby (the pic shows about half of them)

At the end of the day I don’t even other critiquing Wasamin’s singing performance, as it is always spot-on. Her setlists have taken on somewhat of a predictable format, however there are enough surprises throughout the show to keep it interesting. It is a nice mix of enka, pop, and a few classic oldies. The 1000 seat venue was for the most part filled, although it wasn’t sold out. They were selling tickets at the venue before the show. So this seems like the appropriate size venue for her to perform in at this point. As for the ichigo seats, I like to get them, but the truth is I was fine with my non-Ichigo seat as well, so we will see what I will do in future concerts.

It is always nice to be able to give Wasamin support and feedback after a show. Sometimes we get to do that, like at “Love Live,” but other times we have to wait until the next handshake event. Luckily, Wasamin is promoting her new single, and had a non-singing event scheduled in Odaiba. I actually got to Odaiba five hours early, and spent the day shopping, eating, and hanging out while I waited for the event. Diver City, and Odaiba in general, is a great place to pass the time. The Tower Records in the mall is kinda hidden. Luckily, I had been there before for KissBee, so I knew where it was. I was one of the first fans to arrive, and bought two CDs for two tickets. Wasamin eventually came out, sporting a fresh look. Her hair was black again, and cut a bit shorter. 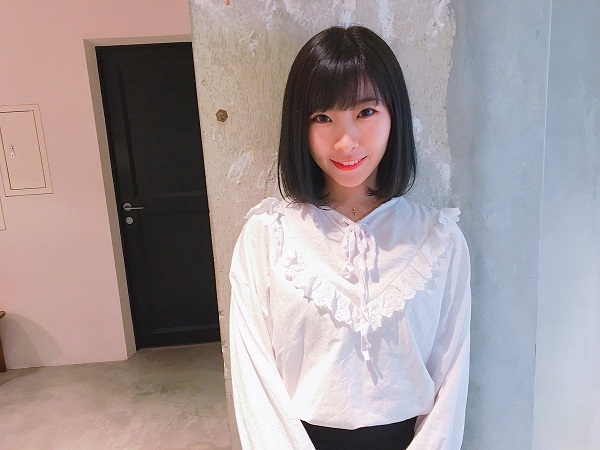 1st Handshake: I had things to say to Wasamin, but of course I was sidetracked by the new hairstyle, so we spent most of the handshake talking about that. I then told her my favorite performances at the concert were Sado no Ondeko, Pepper Keibu, and Goodbye My Love. Wasamin immediately laughed and asked how her English was. I said “Jouzu and Kawaii!”

2nd Handshake: I told her I read her tweet when she talked about being really nervous when she performed the new song. I then said her performance was excellent. She squeezed my hand really tight; “Hontoni???” I gave her a big thumbs up. I could tell it meant something to her for fans to tell her that. And I really did love the performance!

Anyway, Wasamin is down in Western Japan this weekend. Next week begins the NagaraPro Enka Festival. She is doing a couple of events in Tokyo later in the week, leading up to the NagaraPro Concert at NHK Hall over the weekend. After that, we gear up for the big push of the new single. I’m not sure how many events I will be able to attend, given some of them conflict with my personal schedule, but I will try to make as many as I can.