Ya know it’s funny, I was never a fan of Tomochin when she was in AKB. It was after she graduated that I really started to like her music…

I came across Itano Tomomi’s new PV quite accidentally, and I really liked it.  It is filmed in Southern California, specifically in Venice Beach and the desert around Lancaster.  So I went to Tomo’s official site to check on the promotion dates for the new single. To my surprise, the CD release is in direct competition with Wasamin’s new single, releasing on the 27th of this month. There are five promotional events scheduled in the next three weeks, three of which are in Tokyo. However, the first event was the only one that didn’t conflict with other commitments I have. So, it was now or never. I would have rather waited for the release week, but oh well. 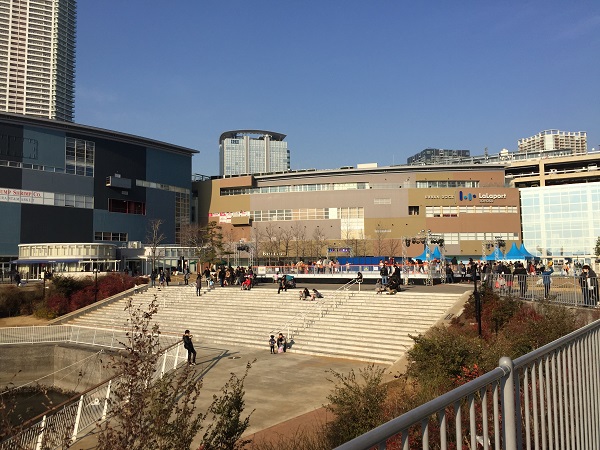 She had two performances scheduled at 1pm and 4pm, but I really only needed to see one of them. So I headed out to Toyosu in the early afternoon. Lalaport brings back a lot of memories for me. When I first started visiting Japan, a girl I dated lived near that mall, and I would go there to see her. Also, this is where I had my infamous run-in with Momoiro Clover Z as they were waiting for their manager to pick them up. To make a long story short, I would always meet my friend in the same spot, and one day when I arrived there were a bunch of girls standing there. I thought “Who the hell are these damn girls standing in my spot???” A moment later, Momoka and Shiori both turned around and looked at me. “Oh Shit!” All the members were there, except for Reni. I hurriedly walked to another spot. Anyway… 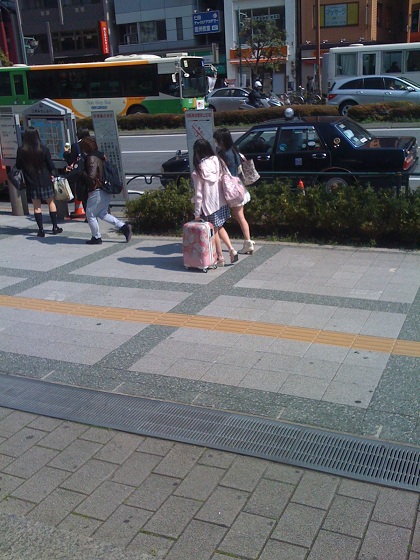 Running into Momoclo 6 years ago 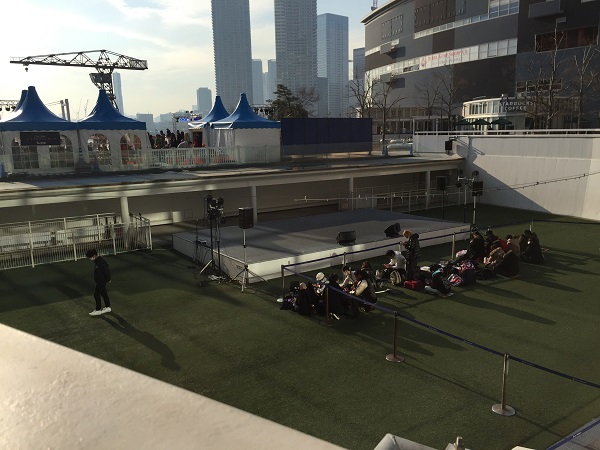 After grabbing some lunch, I went to the usual spot where they do events. It was outside. Luckily it wasn’t that cold today. The deal was you got a “high touch” ticket for a CD, or a handshake ticket for a CD/Photobook combo. Somewhere I read you can get a 2-shot if you purchase 5 photobooks, but there was no way in hell I was doing that. I just wanted a CD. The high touch was fine. I went to grab a spot around 35 minutes before the event, and there weren’t that many people there. However, it really filled up in the last 5-10 minutes. The setlist was as follows…

I said it wasn’t that cold, but it wasn’t warm either. Tomo came out wearing some long coat/robe thing (I’m not sure how to describe it), and after greeting the crowd and thanking us for braving the weather, went into her first song. She was a little shaky at the start, but her regular fans knew all the chants and hand motions, so eventually Tomo got into it. Her best performance was on the new single. I think the song really fits her. Also, there was an ice skating rink just above the stage, and you could see a lot of the kids and parents who were skating getting into the performance too.

I’m not sure who the guy was who did the MC. I am guessing it was someone from King Records. They talked a lot about her time in California filming the video and doing the photobook shoot simultaneously. In fact, at one point she sort of admitted that the PV is like a video version of the PB, but then she said “Buy both!!!” I believe she also mentioned something about doing concerts in the Spring. Ultimately, the mini-live was around 30 minutes, and then they set up for the meet and greet.

I was actually fifth in line for the handshake event. The way they did it was kind of odd. They didn’t have separate lines for the high touch and handshake people, they would just call out what you had as you came up to her. So I basically raised my hand and gave her a high-five as she smiled and thanked me for coming. I quickly blurted out at it is a good PV. Ultimately I think I probably could have stayed a couple of seconds longer, but since I was very early in the line I didn’t have a good feel of how much time they were allowing. But that’s okay. I got to say hello, and she was very nice. So all good.

And that was it. As I mentioned, I am probably not going to any of the other events. But I will continue to keep tabs on her activity.  I’m just glad I stumbled upon her new PV on YouTube, otherwise I might have missed it.