I am currently on holiday, which means I can finally go to one of Wasamin’s monthly challenge stages which she holds in Kashiwa every month. But before we get to that, it’s time to flip the Wasa-calendar… 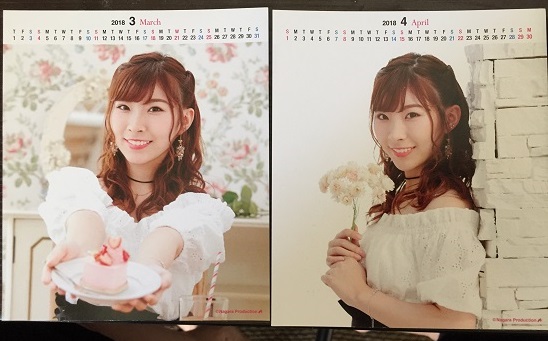 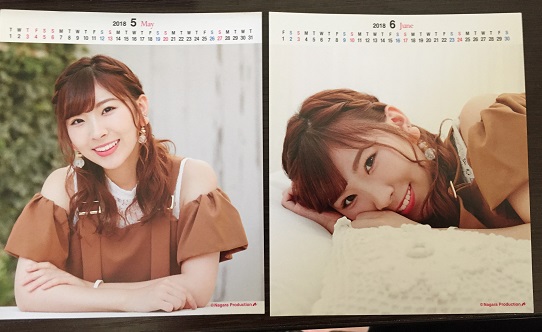 Of all the photos in Wasamin’s 2018 calendar, the Spring photos are my favorites by far. I mean she looks absolutely stunning! Anyway…

It has been a while since I have been to a Wasamin mini-live. Frankly, lately most of them have been way out in the sticks and require at least an hour train ride from Tokyo, sometimes more. In fact, her next few also fall into this category. So I’m not sure how many I will be attending. But I do like to go to her “Challenge Stage” whenever I get the chance, which is like 2-3 times per year since it is held on weekdays around lunch time when I am usually busy.

This is also the beginning of her new concert BluRay/DVD promotion since it comes out in late-May. The gimmick is you can pre-order the concert and get two handshake tickets plus a concert poster. BTW, some of the posters are randomly signed. You can also purchase her latest single for one handshake ticket (plus signboard or sticker) No matter which you buy, you can use two tickets for a shamekai, or one ticket for a handshake. I got to Shinseido around twenty minutes before the event, and filled out a pre-order form. I bought a Blu-Ray, as well as one CD for three tickets. I had a long day ahead of me after the event, so I didn’t open my poster. Instead I put it in my bag and prayed it 1) wouldn’t get bent, and 2) was autographed. By the time I was done, it was almost time for the show. I decided to go to the very back of the viewing area.

At this point, a little old lady with a walker came over and started talking to me. At first I didn’t realize it, but she was speaking English. She was asking me if I was a fan, and how long. After that it was the usual why are you in Japan, etc. etc. I showed her some of my Wasa 2-shots, as well as my Mizumori 2-shot. It was about then that the show started. Here is the setlist…

I didn’t realize it at the time, but I am familiar with Yuki Saori since she co-starred in an old NHK Asadora I really like. But it was nice to hear Wasamin perform again. Since the stage area at Shinseido is outside on a heavily walked street, she gets the attention of a lot of passers-by. During the MCs Wasamin was asking who was on vacation for Golden Week, as well as promoting her numerous upcoming TV appearances. Once the show ended, the little old lady said goodbye, but before she left I gave her the copy of Wasamin’s single I had purchased. At first she didn’t accept, until I reminded her I was a Wasafan and already have many many copies, LOL. In the meantime, I noticed that the shop also had an autographed Nogizaka46 poster for their latest release… 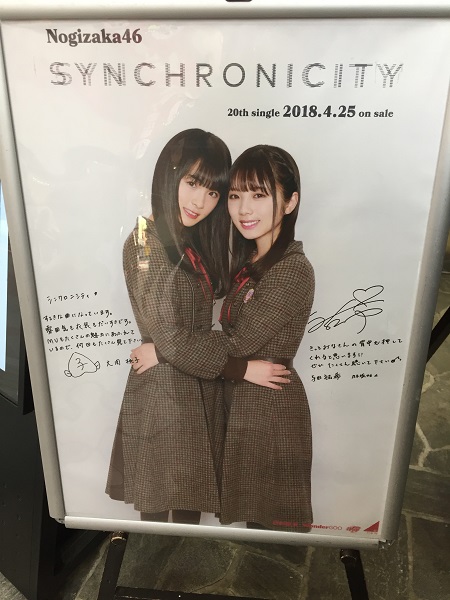 I waited a few minutes before lining up. Since there were shamekai, the line was moving quite slowly. I decided to take my shamekai first. I couldn’t decide what to talk to her about first. I had a few things in mind. Eventually it was my turn. Wasamin asked me what pose I wanted to do, I said “Hearto-pose, because I love you” 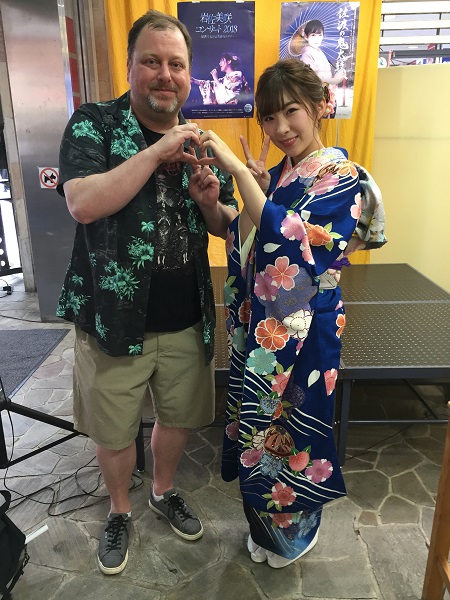 The moment the shot finished, Wasamin wanted to talk about the Enka Festival in Itabashi. You know, the one where I ended up being the center of attention? BTW, Wasamin thought it was great. I told her it was all Mizumori’s fault, as she was the one who got Higashi’s attention and told him to address me. Wasamin knew I was embarrassed, but she thought the entire exchange was cute and that I should be happy about it. I told her after the show everyone in the audience was calling me by name. 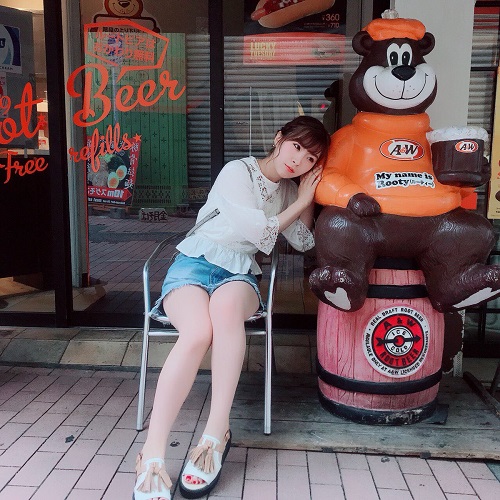 I felt a little queasy, but I decided to requeue and use my second ticket. I asked her about the photo she took in Okinawa in front of the A&W. Did she try the Root Beer? I know a lot of Japanese people hate Root Beer. At first Wasamin was hesitant to answer, and told me to ask her manager. Ichikawa-san said she hated it. Then Wasamin admitted she also hated it, LOL. She assumed i liked it, which I do. I then told her that I am excited about the Bus Tour and Bridge Walk, but I am somewhat afraid of heights. She told me not to worry.

I waited for the end of the event, and then took off for Odaiba. Since it is Golden Week, Odaiba is filled with festivals. There’s Niku-Fes. There is also a Beer & BBQ Festival, which has really great food. Finally my favorite, Oktoberfest, which is a real blast. I headed over for a few beers and some Currywurst, before heading back home. Luckily, my poster survived the entire day, and when I opened it… 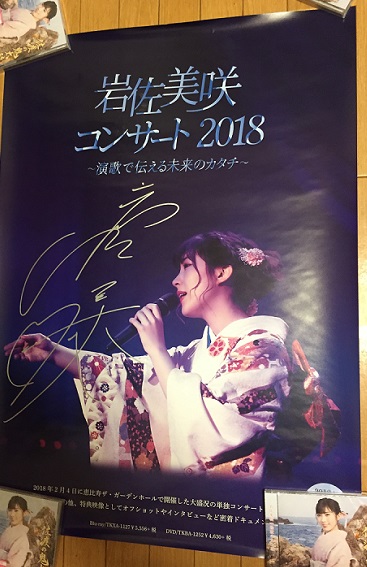 Score-a-rooni! My first one too. I’m not sure what percentage of the posters are signed, but it didn’t seem like too many people got signed versions, so it was just my lucky day!