After not attending Rion’s last two birthday shows, I really wanted to go to this one. In my defense, the first one I missed had a 10K yen admission, but last year’s I just skipped. When the details of the live came out, I immediately made a reservation. Rion is one of my all-time favorite idols, and I wanted to finally pay my proper respects on her special day.

I headed to Shibuya early. Since the show was basically going on all afternoon, I wanted to have lunch before I went to the venue. Originally I wanted to try the new Fatburger in the old 109 Men’s Store (People from LA should know about that burger place, or fans of Kuromochi Asuka, LOL) But I wasn’t in the mood for a heavy burger, so I had something lighter. Shibuya Club Glad is in the Dogenzaka neighborhood of Shibuya, right next to a bunch of music clubs. Tsutaya O-East, Tsutaya O-Crest, Club Asia, Club Vuenos, Womb, Duo Music Exchange are all within a block of there. I got there around 20 minus before doors, and there was a small line down the hill. Eventually I was joined by David, who saw this group for the first time the previous evening. Eventually the doors opened, so we headed in. 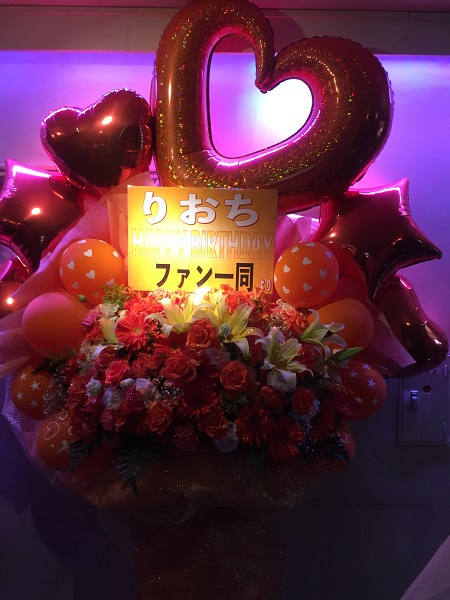 They charged 100 yen more than what my reservation said, but whatever. Once inside the small lobby, they were selling “premium chekis” which are basically single off-shot chekis the girls took. They are 1000 yen a piece, but you get a discount for buying multiples. There was also a flower/balloon stand for Rion’s birthday, which I took a shot of, but it was really dark in the lobby. It didn’t seem like they were selling cheki/handshake tickets yet, so we just headed inside to grab a spot. 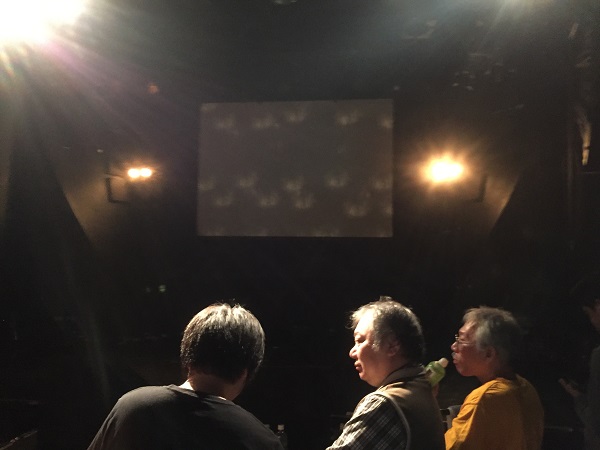 The venue has a small floor standing area, and then two upper standing areas. The top level was reserved for VIPs and staff. I saw CLEAR’S Smile up there and a couple other idol-looking girls, and I believe Rion’s mom was up there somewhere, but I think she was lurking in the shadows. Since the floor wasn’t really packed at all, David and I stood at the back against the railing. Ultimately this was a good idea since the fans really went crazy during the show.

This was the first time I had ever seen Tokyo CLEAR’S do a full 2-hour live. Normally I see them where they perform for maybe 30 minutes, a couple of times 45 minutes. I must say that their “full show” was incredibly fun. It was filled with cute VTRs, funny skits, costume changes, and they played pretty much all of their known songs. 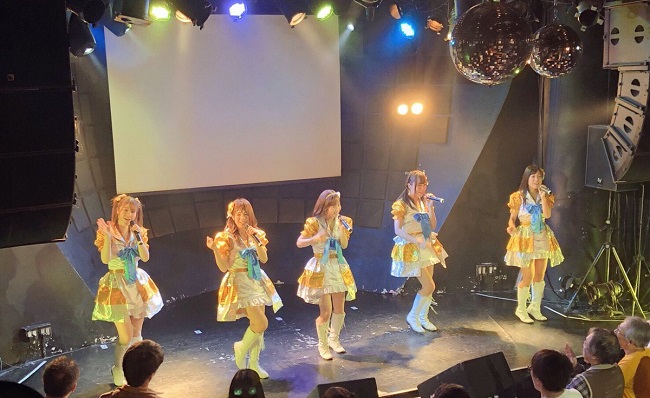 One of the funniest parts was when they played the VTR of Rion’s friends wishing her a happy birthday. What was interesting was how many of her friends are parents. There were a few who appeared with their children. Rion is also friends with a couple of AKB48 members, but none of them appeared on the VTR. Later they played another VTR of people wishing her a happy birthday, except Rion didn’t know who any of them were. She kept saying “Dare???? Dare???” It turned out the girls went around Tokyo finding random people to wish her a Happy Birthday. One guy even sang a song about her, LOL.

One weird thing happened during the show. As I mentioned, the floor wasn’t packed at all, but there was a girl standing in front of me who during the show kept creeping backwards to the point where she was almost in my lap. I mean she had like 4 feet in front of her, why she was standing 2 inches in front of me I do not know. I was beginning to get a bit frustrated because she was blocking me from rushing the front of the stage when Rion had her solo lines. Eventually I decided the heck with it, and nudged her out of the way to head to the stage. When I came back, 1) the girl smiled at me and nodded, and 2) I noticed she was actually kinda cute. Okay, so I guess I won’t mind if she wants to watch the show in my lap, LOL. Actually, she gave me a little bit of space after that.

The first skit they did was the members having to do various manomane on command from messages on the screen. However, the second skit was this sort of pantomime of the members being on a baseball team, and Rion’s struggles to become a good hitter, done to the song Fuite Fuite. It was really random, but still funny.

The birthday part was kind of low key, she received flowers, a cake, and she made a little speech. She started to get teary at one point, but the entire group dynamic is so goofy that she snapped out of it fairly quickly. When the show ended David and I went back to the lobby to get cheki and handshake tickets. I also took a look at the shirts they had for sale, but the only shirts they had in my size were Ruka and Rin’s old birthday shirts, which I wasn’t interested in. So next time…

They had one queue for Rion, and one queue for all the other members. I was around 15th in line, but wasn’t in any hurry. I also purchased a gift for Rion from LUSH, along with a small note in Japanese. So I was excited to give that to her as well. The members were all wearing their ‘Ninjin’ pajama tops, which was the last costume they wore for the encore. BTW, Rion pointed out that she is not really a fan of carrots, but they bought those just because she is the ‘orange’ member. Anyway, I wished Rion a happy birthday and gave her the gift. While she was signing the cheki I told her how I knew David, since the girls were all intrigued by him from the previous show. Rion thanked me for coming and again asked me to come back soon. She had a long line, which by this time had stretched out into the lobby. So she was kind of restricted on time. (You get a minute, but sometimes she’ll go longer) I waved goodbye and headed out of the club after finally getting by requisite ‘one-drink’ that I paid for at the door. 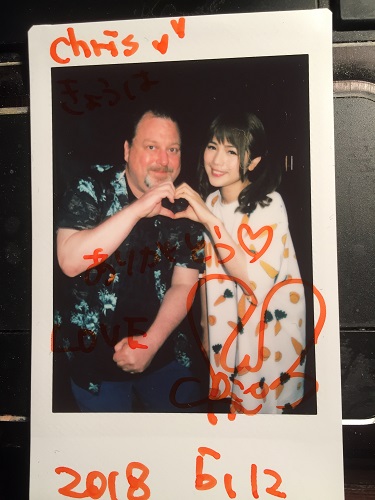 I must say this has me wanting to see more of their ‘one-man’ live events. So I will probably be watching their performance calendar with that in mind going forward.