Wasamin crunched her concert DVD/BluRay promotional events all into this past weekend, performing twice each on Saturday and Sunday at various Enka Record shops around the Tokyo area. I had quite a busy schedule myself, with tickets to AKB’s handshake event from dawn till dusk on Saturday, then Minyo Girls’ one-man live Sunday morning. As a result I could only make it to the last event on Sunday afternoon. Nevertheless, I do have the setlists from all four events since Wild-san made the trip down from Shiga to support Wasamin’s release. Wild-san keeps detailed tabs on how many times she has performed every song in her catalog, and presented Wasamin with a gift commemorating her 300th performance of Mujineki, which took place at Yoro-do in Asakusa today. Interestingly, Wasamin sometimes makes fun of Wild-san for always taking notes at her events. She has occasionally turned to him and said “What are you writing???” LOLZ. Anyway, here are the four setlists…

So the funny thing was that Minyo Girls’ one-man live today was literally right down the street from Yoro-do, where Wasamin was performing. Unfortunately both shows started and ended at roughly the same time, so it was impossible for me to see both. On the other hand, it saved me from having to buy too many copies of her concert DVD. But I didn’t want to blow off her entire weekend, and I had yet to purchase a DVD version of the concert. So after Minyo Girls finished up, I walked down toward Senso-ji temple to have lunch, and from there I would take the train to Minowa. After I finished lunch, I noticed that Mitsui Music, the Minowa record shop where Wasamin was performing, was technically on the same street that I was eating lunch on, albeit pretty far down. I decided to make the 20-25 minute walk. I was early, and had plenty of time anyway. 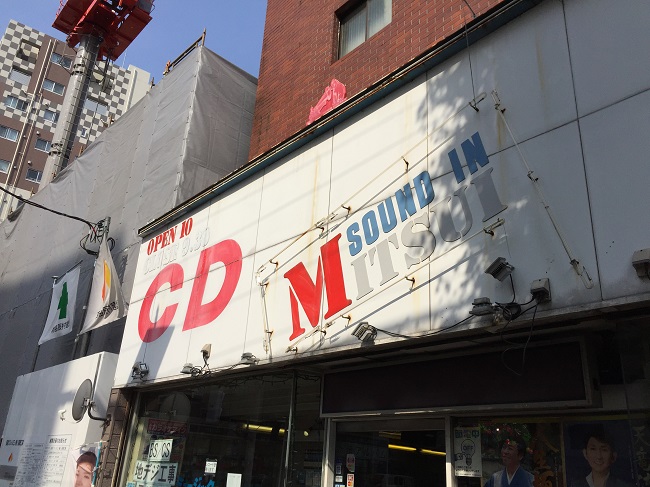 I arrived over 30 minutes before the event, hot and sweaty from the long walk. I toweled myself off and grabbed a cold drink before going into the shop and buying my DVD copy. It was an interesting shop. It was very old, had all the markings of an Enka shop with old Enka autographed Enka posters, but it also had a significant pop selection. There was even an AKB48 section, with advertisements for the new single. The other interesting thing about this shop was the location itself. The area around Minowa is very old. It is very close to Yoshiwara, the old ‘red light’ district of Tokyo back in the Edo period. It is also known as being a Barakumin neighborhood back in those days as well. Even today it is one of the more gritty parts of Tokyo. 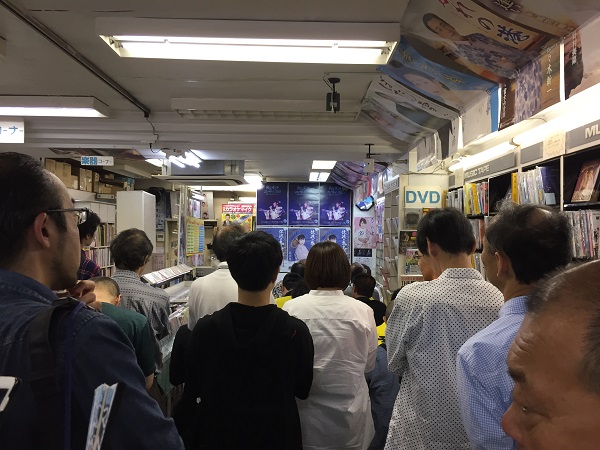 The people who got their early had priority tickets for the seating, so I positioned myself far in the back. It was a small shop, so even being in the very back wasn’t too far away. Wasamin was in kind of a jokey mood, and kept laughing and giggling throughout the performance. She also had some microphone trouble in the very beginning, but one of her assistants ran up and fixed the issue before she had to sing her first line. There were a few locals in the shop, but it was probably 90% Wasa-regulars. And by the way, mine wasn’t the only Minyo Girls’ t-shirt in the audience. A few people at the Mingaru show made it over to Minowa as well. After the show, the line snaked around the store aisles. I decided to go outside and have another drink before queueing up. I was checking out some of their goods. The shop had a 6-year old Limited Box Set of Hamasaki Ayumi’s 13th album for sale. Jeez, I wonder how valuable that is? They were selling it for around 27500 yen. Eventually it was my turn, and I decided to pose with my new DVD. 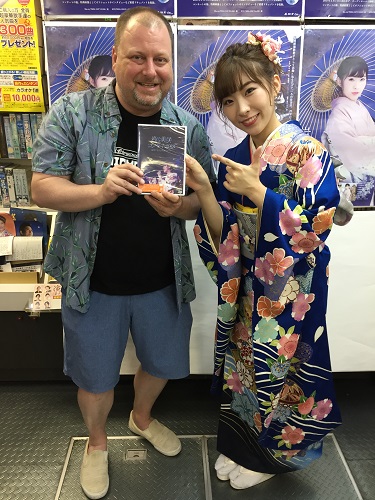 First thing, Wasamin noticed my new haircut. Yatta! After Zunchan noticed it at the AKB event on Saturday, Wasamin better notice too! Anyway, she said she liked it. I told her I was more comfortable with it short. I also mentioned that I saw her performance at NHK Hall earlier in the week, which she thanked me for and asked if I enjoyed it. She also asked me if I had watched the concert DVD yet. I told her no, and explained that although I had already purchased and received the BluRay, I do not currently own a BluRay player. Now that I had purchased the DVD I could finally watch. It gave everyone a good laugh. 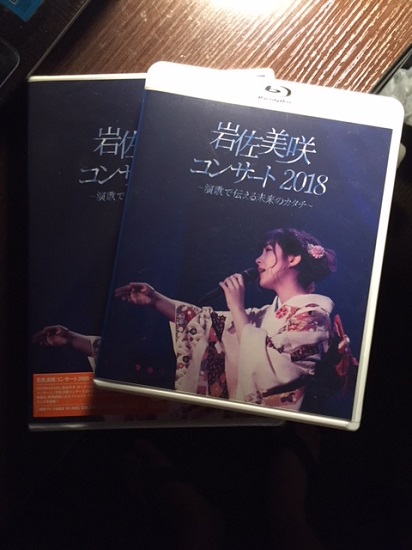 I only had the one 2-shot ticket, and I could tell that the shop owners were trying to shoo people out of the store once they were done, so I took off. I noticed that the Eastern terminus of the Toden Arakawa Line Streetcar was right across the street. It would take a bit longer to get home than the subway, but it is a nice, scenic ride, and it avoids Central Tokyo, instead going through smaller and interesting neighborhoods.

My next Wasamin event will be her Karaoke Party on June 2nd, which I won via the Sado no Ondeko insert contest. After that it will be her Yokohama Concert on the 17th. She also has a few mini-lives, but three of them I cannot make because of school, or the June 3rd AKB Jabaja event. I could go to the event on June 10th, but it’s at one of those out of the way malls that’s nowhere near any train station. So we’ll see.

By the way, Wasamin announced this afternoon that in August there will be a re-release of her 7th single with new covers and B-side tracks.  So look out for updates on that!