Some of the most fun times I have had as a Wasamin fan have been with the special events you can send away for with the inserts in her releases. Back in 2016 I won her BBQ Party, which was the Grand Prize in her album insert. Last year, for Wasamin’s 6th single, I won the second prize which was the Karaoke Party. With Sado no Ondeko, I again won the second prize, which again was the Karaoke party. Yatta!

Now I have to admit, when I filled out the postcards I was really aiming for the Grand Prize, which was another BBQ Party. So when I received my winning postcard in the mail there was a slight tinge of disappointment. Don’t get me wrong, I was happy to win any prize, since the “real” prize is spending time with Wasamin. However, the BBQ party I attended was so much fun, and the food was so abundant and good, that I was really hoping to go. When I filled out the postcards (which had to be mailed like three days after the single released to be eligible) I was tempted to apply for the BBQ party only, but I threw in a few applications for the Karaoke Party…just in case. Ultimately, I’m thankful I did that, or I may have been shut out entirely. Anyway… 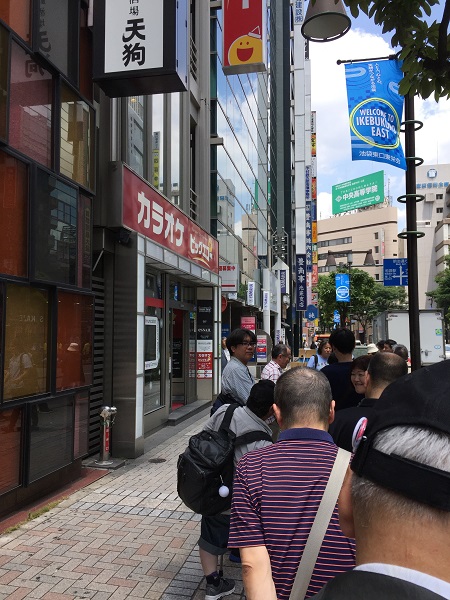 I arrived in Ikebukuro and Big Echo around 10 minutes before “doors” opened. It was at the same location of last year’s karaoke event. The lunch I had before the event wasn’t totally agreeing with me, so I was hoping the unlimited Oolong Tea would help settle my stomach down. We were led in groups to the basement hall, where there were four tables set up for eight people each. I took a seat at the far end of the first table on the right. After being served our first round of drinks, Wasamin’s assistant informed us that Misaki-chan would sing a first round of songs. Then we would play janken for the opportunity to sing a duet with her, after that she would take requests. Oh, and the people who sing with Wasamin would also get an autographed Sado no Ondeko poster and clear file. Two things I already have, but oh well. Anyway, she led off with these two songs… 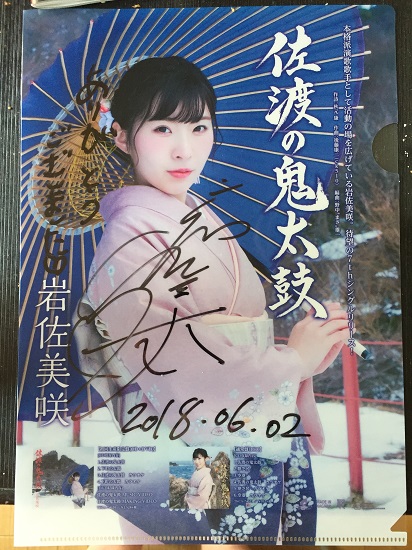 1. Natsu no Tobira
2. Goodbye My Love

I just happened to watch Wasamin’s 4th concert DVD before I left, and when I got to the part where she sang Goodbye My Love I thought this would be a great song to duet with her in the unlikely event I win the janken. So while I love that she sang it, it kinda threw me for a loop. After the second song, Wasamin was talking to some of the people who came. When she came to me she asked how her English was, and I told her it is becoming very good. She also asked if I would say the English lines of Goodbye My Love for her, so I repeated them back in my California accent (actually, most people say the origination of my speaking style is quite confusing, and sounds like it could be from a few different regions of America) Everyone got a big kick out of it.

Janken for a Duet with Wasamin

Okay, now on one hand I would LOVE LOVE LOVE to do a proper duet with Misaki-chan. On the other, it is kinda worrisome. What song can I sing with her? Which Japanese song do I know well enough to sing? We went through three rounds of Janken. The first guy picked a cute 80’s or 90’s pop song. Not sure what it was, but the chorus has a bunch of lines like “Co-co-co-co-coconuts, I-I-I Love You, Sekushi Island” or something like that. The second guy chose Temodemo no Namida, after Wasamin asked if he was coming to her event on Sunday, and he admitted he was going to the AKB event at Pacifico. She gave him a bit of crap for it, but little did she know there were a few people in the room (including myself) with the same plan, LOL. After the third person won (and chose a relatively new song by one of the artists who happened to be on Utacon with Wasamin a couple weeks ago) I figured oh well, at least I will get a photo that looks like we sang a duet. That was until Sasou-san announced one more round of Janken…

Now I had managed to get myself eliminated on the first round of each previous contest. But in this last contest I happened to win the first round. Okay, not a good chance of that happening twice, right? Wrong. I won again. It was down to four of us, and we kept deadlocking for like four rounds. But eventually, it came down to two of us. The guy I was going against was behind me, and I literally had my head down looking in the opposite direction, so I was going strictly by Wasamin’s reaction only. And after SIX times drawing the same thing, who won? This guy did, that’s who. It was a moment of panic, as I didn’t know what I could sing, but I went up to the stage anyway…

Wasamin asked me where I was from, and his time I said California while hearing a couple people uttering “Itabashi” from the tables, a longstanding fan gag, LOL. I explained to her that I originally wanted to sing Goodbye My Love, but she already sang it. She offered to sing it again, but I pointed out that the karaoke script had no small Hiragana over any of the kanji, so it might be too difficult. Then it dawned on me, and I told her the time I was on Fuji television and sang Mujineki, so I would probably be able to sing that okay, It was settled. As someone in the audience pointed out, this was “Chris-san’s Challenge Campaign” LOL

So we sang together, and it was absolutely incredible to stand up there and sing a full song with her, and it went so well. I aced the first verse, had a tiny bit of trouble on the second verse, and was fine on the end. Every time I would look over at Wasamin she was staring into my eyes with a warm smile. I wanted to just stare back at her the entire time, but I had to look away to see the lyrics. By the end, Wasamin was surprised, as were the other fans, and probably more than anyone else, I was surprised. I had such a feeling of joy as she nodded in approval and gave me a thumbs up. Wasamin handed me my prizes, and I sat back down. 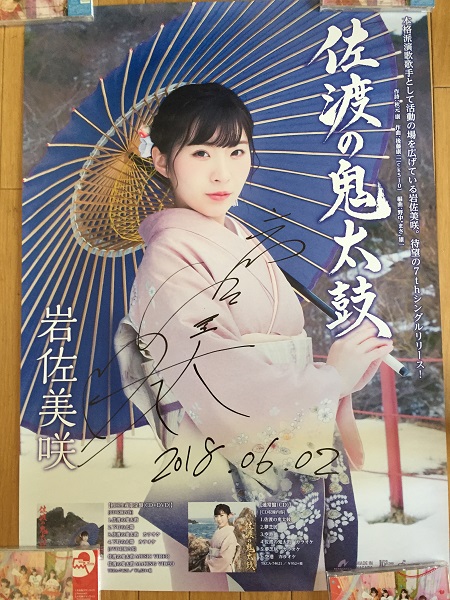 She went around taking various requests from all the fans, and decided on the 2-3 songs she was most comfortable singing. Then finally she performed Sado no Ondeko, and that ended the event. We went up one by one to say goodbye, and take a commemorative cheki. I had originally planned on presenting her with a small gift, but then I thought maybe I would take a photo with the prizes. The problem was whatever I posed with needed to be small since we were supposed to be doing a singing pose with the microphones. At the last minute I decided on the gift after all… 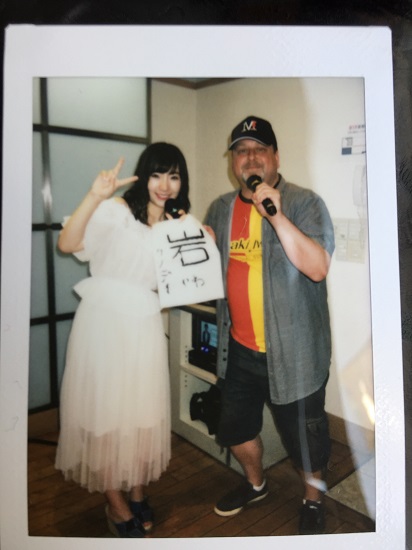 I am taking a Kanji intensive course, and last week we did a little bit of calligraphy. This was one of the two kanji I chose to do. Look familiar? It’s “IWA,” as in Iwasa. Needless to say, Wasamin really liked it. After we took the photo she handed it back to me, but then I asked her if she wanted to keep it. She was like “Really?” I explained that I had another one with the Kanji for “HASU,” so it was okay. Wasamin handed me a small gift pack of senbei crackers. They look like they might be spicy. I hope they are! After that I headed to the bus stop, and back to my place for a relaxing Saturday afternoon. 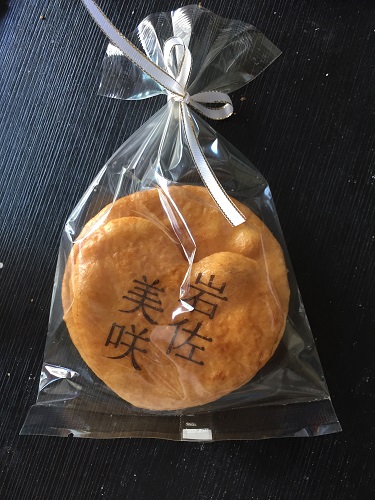 This totally goes to show that everything happens for a reason. If given the choice now of having the experience I had today,or taking it all away for the BBQ party, I would without a doubt pick this experience. It was like 4 minutes of nobody else in the world except me and Wasamin, and it was awesome!