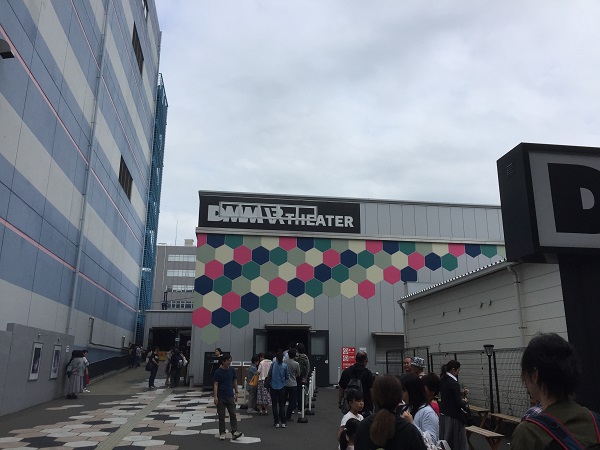 I’m sorry this report is so late. It has been an extremely hellish week.  But better late than never, right?  Last Sunday NagaraGroup organized a live “triple-header” at DMM’s Virtual Reality Theater near Yokohama Station. Hayabusa, Minyo Girls, and Wasamin were all performing separate concerts. Naturally, I bought tickets for both the Mingaru afternoon show, and Wasamin’s evening finale. (I will write a Minyo Girls concert report separately)

The shows were kinda close together, so after taking chekis with the Minyo Girls, it was almost time for the Wasamin Goods Booth to open. All three groups were debuting new products at this show, each with one particular unique item. Hayabusa had a new T-shirt, the Minyo’s had a new oshi towel. And Wasamin had a very interesting selection…. 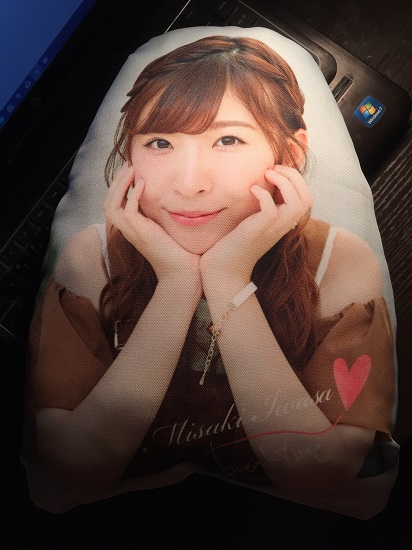 All the groups also had postcards with a “changing” image on the front, and a small plastic uchiwa. Of course I ended up buying all of the new goods for both groups, as well as an advance ticket for Minyo Girls’ concert in July. Eventually staff started queueing us up to head into the theater. 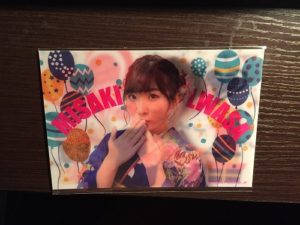 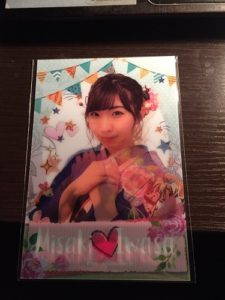 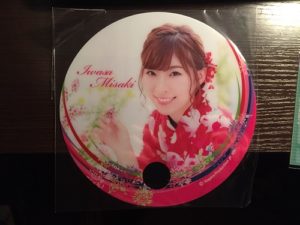 The Postcards and Uchiwa

My ticket was for the 6th row on the right side, not quite as good as my 5th row left side seat for the Minyo show. One of the big things I was wondering about was how they would incorporate “Virtual Reality” into a live concert. I got my first preview in the Minyo Girls show, and while it was kinda cool, I wasn’t completely amazed. I assumed that the VR in the Wasamin show would be something similar, but I am pleased to say that there was a significant difference. Now if you are wondering about this VR stuff…

What happens at a ‘VR’ theater? 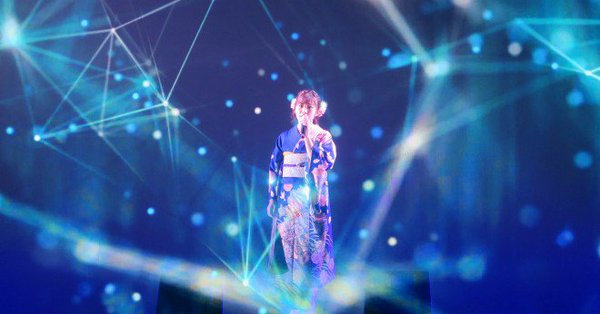 It’s pretty much the same concept they use at Hatsune Miku’s concerts. There is a huge screen at the back of the stage, and then an ‘invisible’ screen in front of the stage. In addition, there are two tall screens on each side of the stage to give it almost a cineramic feel. Unlike Miku, Wasamin is actually standing on the stage, but everything happening around her was VR. In fact, they did a great job of working the effects “around” Wasamin, but before I get into those kind of details, the setlist…

First, let me say how unbelievably awesome this setlist was. Wasamin themed everything to represent the four seasons. There was a song section for Spring, Summer, Winter, and Fall. The other cool aspect of this show was the nostalgia factor. Many of the songs she performed were from her first solo concert. I was so excited when she announced Anko Tsubaki as her second song. Same with Koisuru Natsu no Hi, those two songs were among my favorites at that show three years ago. There were also a lot of songs from her 1st album. So not only did it bring back memories of the concert, it also brought back memories of her 1st album release tour, which is such a fond memory for me. 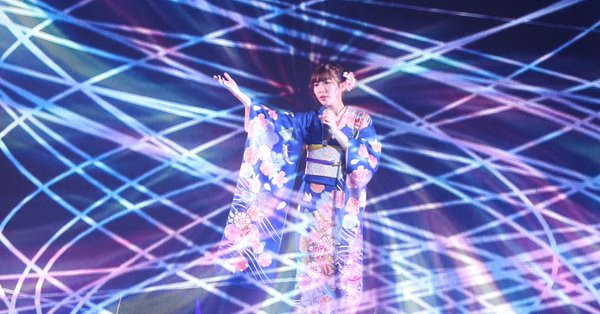 Interestingly, Wasamin only used the effects dung 4-5 songs. However, they did a great job of 1) working the effects around her 2) theming them out for the song. For Moshisora it looked like she was standing on clouds while she was singing. During Saba Kado it was like she was underwater, with a school of fish circling around her. Unlike Minyo Girls, who used the effects on most of their songs, but it wasn’t as strategically good.

Wasamin has become a lot more irreverent and goofy during her MCs. She also interacts directly with the audience a lot more. However, the funniest MC of all was her introduction of the goods, particularly the pillow. Actually it was called a cushion, but Wasamin was not bashful about how one might use it, and even implied fans should “sleep with it’ so they can wish her a good morning when they wake up. That said…

I did take Wasamin’s advice, but apparently I am a restless sleeper because when I wake up in the morning “Wasamin” is always on the floor. She will not be happy if she finds out I push her off the bed in my sleep, LOL.

One semi-gaffe before the show. There was a handshake event scheduled for after the performance, but they didn’t put out the pre-order sheets until after everyone was lined up to get into the venue. Some people left the queue to buy CDs, but most people figured they would do it after. This resulted in a huge queue to purchase CDs after the show. It was also a well-attended event, meaning the queue to meet her was very long as well. In fact, they asked us all to ‘matome’ our tickets instead of looping the line. Ultimately it took me 45 minutes to purchase CDs, and get to the front of the handshake queue. I had two tickets, good for a 2-shot with the special “Instagram” board they had prepared for the event… 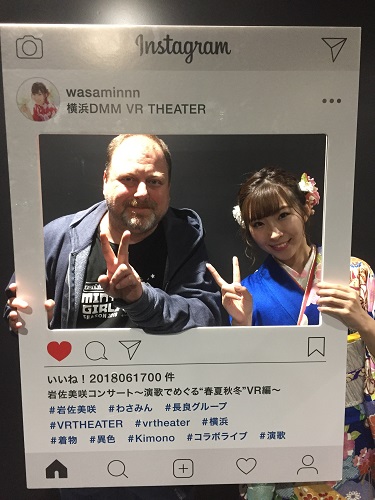 Anyway, I told Wasamin how nostalgic the show was, and it reminded me of her first concert, as well as her old release tours. I also mentioned the memory of her crying in the middle of performing Koisuru Natsu no Hi at the first concert. It’s an amazing moment in the show (If you have seen it) which I am sure she remembers too. As I exited the handshake ‘room’ the line was still almost down to the street. I thought about waiting for everyone to finish, but it was late, I was hungry, and had a long ride home, so I bailed… 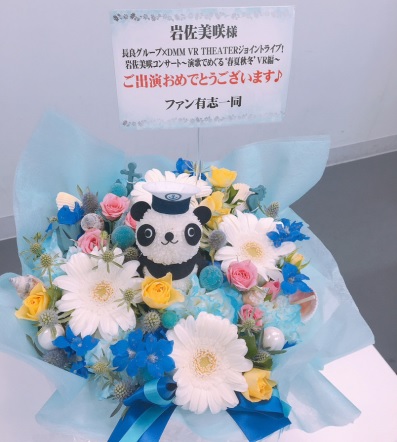 All in all the show was a lot of fun. The VR effects were a unique experience, and the concert hall itself was really nice. It’s cool that Wasamin is trying different things, instead of the same stuff over and over. I don’t mind that she didn’t do a ‘Love Live’ this Spring. Makes it more special. This Fall she is going to do a concert at an Onsen in Kansai, which seems like it will be a lot of fun too. In the meantime Wasamin is going to be doing a lot of appearances outside of Tokyo. She is in Niigata and Ishikawa Prefecture this weekend. She is going to be in Kobe next weekend, then Fukuoka. She does have a Saitama event squeezed in there next week, which I am planning on attending. I should be able to see her at least a few times in July.