Almost exactly one month to the day from my previous win I received another cancel machi email. Actually, I didn’t realize I had won cancel machi until I saw my friend post about her cancel machi win. I immediately checked my email, and I had one too for the same show, albeit with a somewhat higher cancel machi number (39)

As I have mentioned before, they list a ‘cancellation count’ on the ticket center for those who have cancel machi. It didn’t go very high last evening, and when I woke up this morning it had only reached 15. This dampened my hopes that I would get into the seat lottery, but I still thought my chances were good to get into the show. When I arrived at the theater the count was at 18. However, the last five minutes saw an onslaught of people queue up to buy tickets. In the meantime Riina found me hiding over by the rear lockers, and wished me luck before she queued up for the entrance lottery.

Interestingly, the guy doing the cancel machi call was calling in sets of five. (20-25, 25-30) I thought to myself “jeez, they must have a lot of space left.” Unless that is just the way they do it now, I don’t know. He called 30-35, and I thought I was good to go. In the meantime a bunch of latecomers showed up with winning emails, and they let a few of them into the line. I hoped that didn’t dash my chances. Ya know, they used to not do that. If you were late you had to wait until after cancel machi was over. But I suppose it is the nicer thing to do. Anyway… 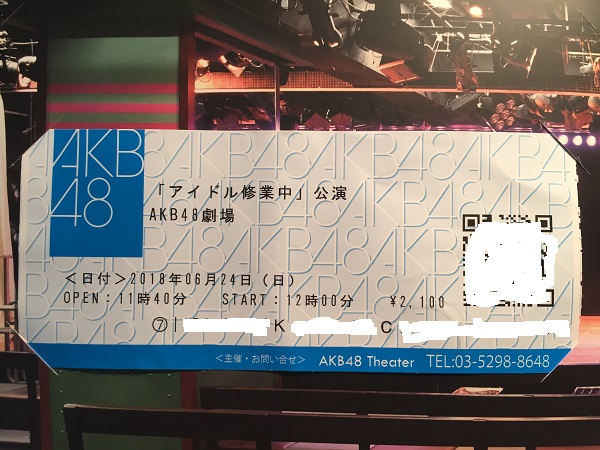 Staff called #36, and closed it off. SHIT!!! So close. I was still going to get in, but as one of the last people to enter the theater. The bigger bummer was the last 12 cancel machi winners all got a great entrance draw too. Eventually my group queued up as the ‘final 10′ winners’ as they brought us into the lobby. There I saw that Riina was in one of the last groups still not called in. And as I finally entered the theater, I saw her struggling to find a spot where she could see, I went to the far right to the standing area, where I thought I saw a bunch of space. It ended up being a terrible place to watch the show from, too many tall people in front of me. But at that point I was pinned in and had nowhere else I could go…

Part of the problem was this guy who had kinda positioned himself like he wanted a lot of elbow room. There was a bit of space behind him to his left, his right (and in front of him too), so I took the spot to his left, and sorta behind him. He kept creeping backward and almost had me pinned to the back rail, so I moved over to his right against the wall. I could tell this ticked him off, but I didn’t care. He was trying to create this ‘force field’ all around himself, and I and everyone else weren’t having any of it. Plus, he was a dead fish throughout the show. No lightsticks, chanting, clapping, nothing. Oh well…

So given that I had a horrible vantage point, where I could sorta see the right side of the stage, and maybe little bit of the left side, there isn’t too much I can say about the girls’ performances. In fact for ‘Blue Rose’ I technically didn’t see the performance at all. I spent most of the show craning my neck around looking for Kobayashi Ran (Ranchan) although I would have probably been best served just paying attention to whoever was at the far right of the stage. Ranchan spends most of her time on the opposite side of the stage, but does come over to the right side in that later portion of the show. I did spend some time observing the members I could see in order to gauge which members I might find interesting. I found two members in particular, Sato Shiori and Otake Hitomi interesting to watch. Not surprising since they were among the same members I liked when I saw this same stage last month.

Once again, I really enjoyed the setlist of the stage, particularly the River/Bell/Theater/Kiss set. The last three are all songs I like, and even River is fun to watch live. The opening set is really nice too. All told, Yukirin picked out a nice stage.

After clearing out the first row, one of the first areas they clear out as fans leave the theater is the little balcony to the right of the sound booth, so I was able to hoist myself on to the rail and watch a lot of the high touch. I also wanted to strategize who was where so I knew who to pay attention to. That said, most of the High Touch was a quick blur for me, except Inagaki gave me a great reaction, complete with ‘Hisashiburi’ and all. There was one member in the middle who also gave me a big “English’ reaction. I think it was Honda Sora (It may have been Maeda Ayaka too) But of course I got the biggest and greatest greeting from Ranchan, who started jumping up and down as I got to her. It also seemed to surprise Taya Misaki, who was next to her. And with that I was out of the theater. I queued up to get the photopack, and was on to the escalator… 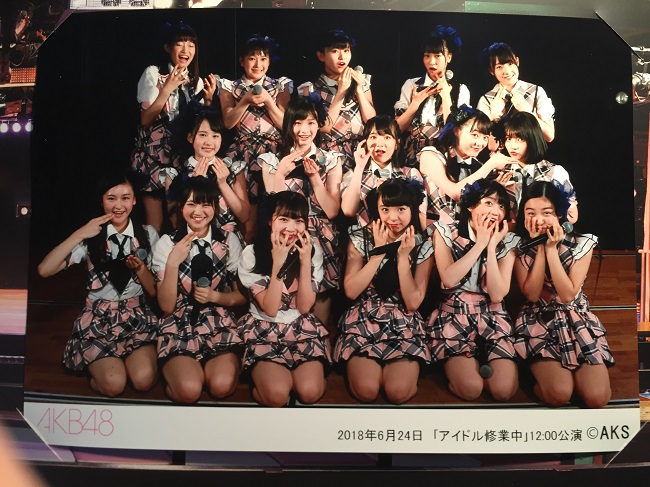 Interestingly, they held the escalator for a minute or so to clear people out, and one guy in particular seemed to be pissed about it. There was also a guy with two big pizza carriers. I am guessing he was delivering lunch for the girls? When I got to the bottom of the escalator I finally got to meet marioworldakb who was at the theater watching the monitors with a few friends. He invited me along to hang out (with Riina as well) but I really wanted to eat lunch. Mario recommended a place behind the theater that I have often considered trying, so I went for it. After lunch I considered heading to the AKB Cafe to meet them, but I needed to do homework and get some rest, so I went home.

So as expected, it is always ‘feast or famine’ for me with seating at the theater. I either get front row, or am buried in the far back. But I am glad I won and got to see the show, and am especially glad I got to say hello to Ranchan. And I guess I should set my watch for another late-month cancel machi in July, LOLZ.