I have been totally neglecting this blog…sorry!

Anyway, I am currently in Tokyo.  This is my third trip here in the last 16 months.  I just can’t get enough of this place!  And it is nice that the price to travel here has been going down as of late.  For this trip I am trying to spend as much time around the AKB48 Theater as possible.  Although that has become a little bit harder of a proposition lately.  Akihabara and Tokyo in general have been a virtual madhouse this week. 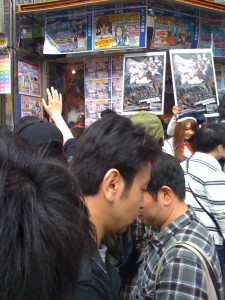 It is really noticeable how much more crowded that place is lately.  And it’s not only when a show is about to start.  There are far more people in line at the goods shop, and at least four times as many watching the show on the monitors.  Maybe it has something to do with the fact that it’s “Golden Week”…I don’t know.  But I thought I was going to get crushed going down the escalator after the show!  It did make me wonder how many ticket lotteries I will be lucky enough to win. 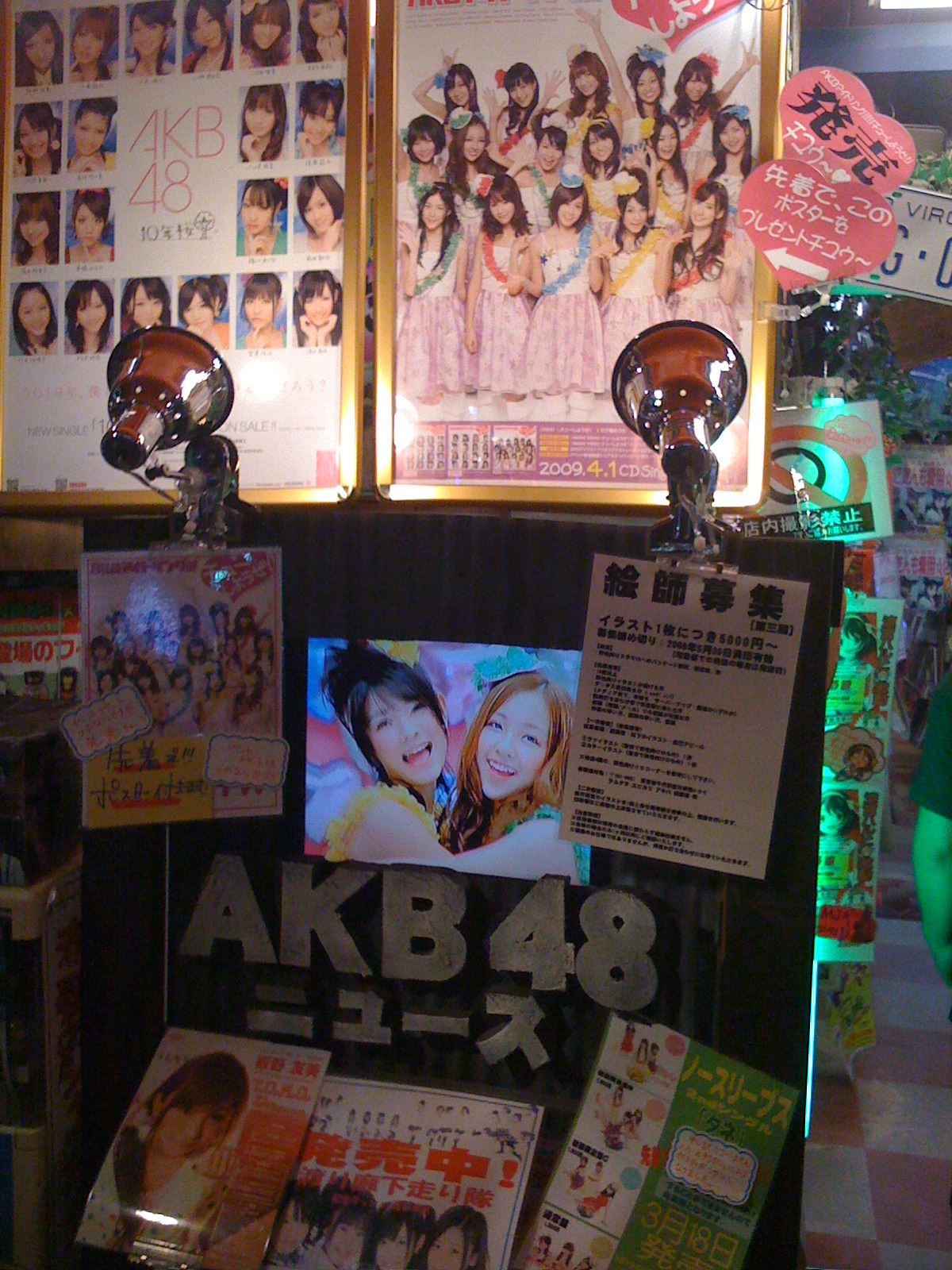 Thankfully I had already won one show before I even got here, and that was the Team A show yesterday.  They had an all-female show early, and then the second performance was an “Enpou” show, which means preference for long distance fans.  That was the one I went to.

By the way, I have the worst luck when it comes to my group being drawn into the theater.  I have been to 5 shows, and three times I have been in a group.  Of the 24 groups they call, the best I have ever been is 17th.  Sheesh!  Yesterday was the worst, we got called in 20th out of 24.  I have been in that theater five times, and have yet to sit down for a performance.  That’s okay, I am just short of six feet tall so I can see perfectly even if I am toward the back.  It is such a small place!

And then there’s this…This is two trips in a row that Kojiharu, Tomomi, and Miichan have been absent when I saw A5.  Also missing yesterday were Mariko and Reina.  Although I think that had to do with MaiMai’s graduation marathon being run today in Hokkaido.  Not to worry, there was a great selection of Kenkyuusei performing yesterday including my favorite Ichida Haruka.  She is so cute.  I was also happy to see Kohara Haruka from Team B, and Chikano Rina from Team K.  Oh, and this was the first time I have seen Sato Sumire…kawaii!  The guy next to me was a total Suu-chan wota!  He was screaming for her the entire show! 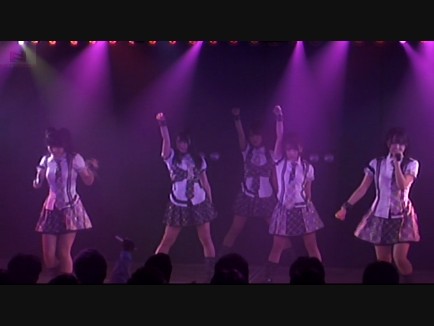 Anyhow, I loved the show.  It seemed so much more polished than when I saw it last October.  And I think some of the choreography is a bit different.  I noticed it quite a bit on Kuroi Tenshi and Namida no Shinkokyuu.  The opening MC was great, especially when Takamina started messing with Miho…again!  And not to miss out, Yukarin started poking fun at Haruchan during her MC.  Funny!  I am not going to get into a full review of the stage, as I have already done that.  But I think A5 is my favorite of the current stages.  And I love Tsundere!  Especially with Harukyan in the center! 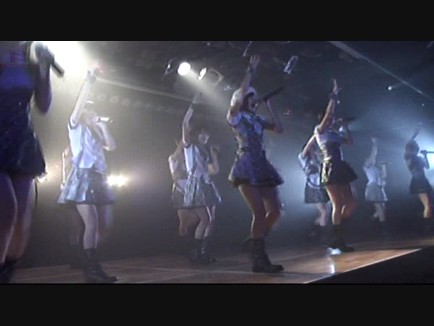 I am heading back today as I have won a ticket for K5…excellent!  And I want to pick up some more DVDs.  Thet have the NHK and JCB DVDs available, as well as B3.  What to pick?  I’m glad I already got this one… 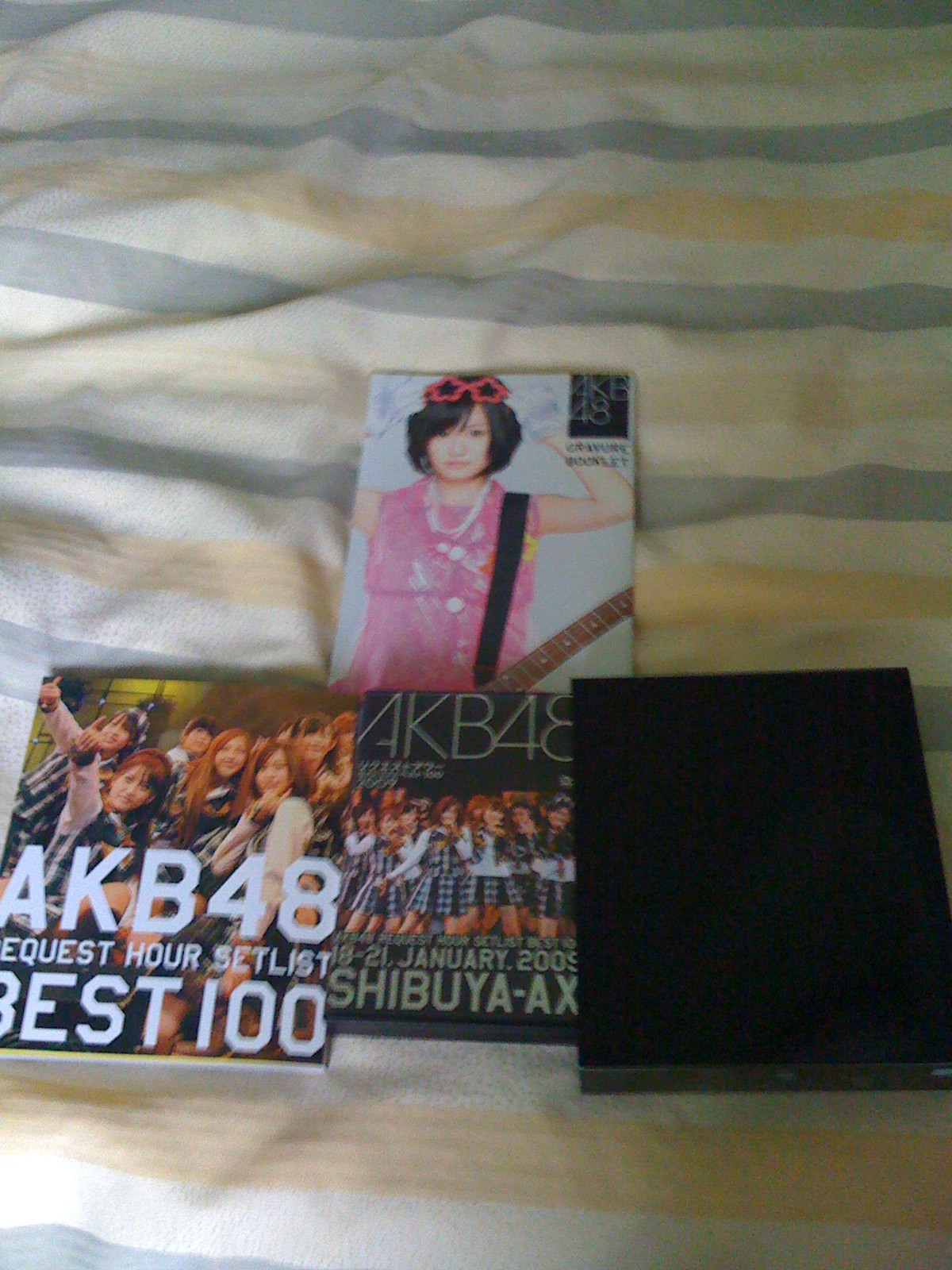 Oh yes, the Shibuya AX Box!  The new jewel in my collection.  I have only watched a little of it so far.  But so far so good, and the books that came with it are great!  I’ll report more on this DVD when I get back home.