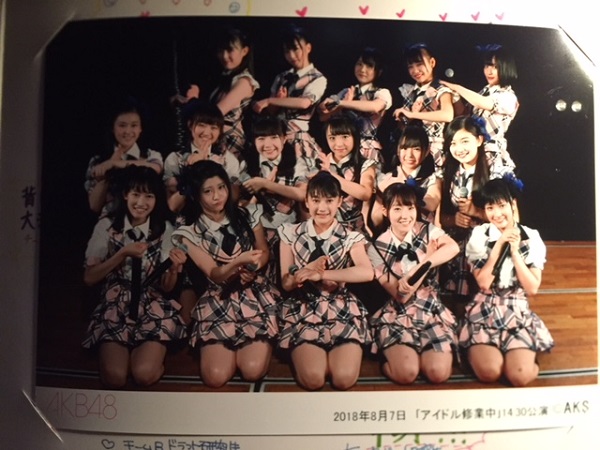 It has been years since I have “won” shows so close together. I won a ticket to this stage only eight days ago, so I was pleasantly surprised to see another ‘winning’ email in my inbox on Monday. Granted, it was another Cancel Machi, but I am used to that by now.  I always get Cancel Machi, never win outright.  The difference this time was that my Cancel Machi number was significantly higher than the last three I have won. On the other hand, I have been monitoring how high Cancel Machi has gone for this stage lately, and I knew I had a decent shot at getting in anyway.

So I had Cancel Machi #90. Within a couple hours of receiving the email the cancellations had already reached 20, and the morning of the show they had reached 40. In all of my wins, I had never seen the number get that high so early before, so I figured I was good to go. I headed to Akihabara and had some lunch before going to the theater. Downstairs I ran into my friend Caster-san, who is another Wasamin fan. He said “You won?” When I told him I had Cancel Machi #90 he kinda grimaced, but when I told him the pre-cancellations were almost to 50 he said “You will probably get in then.” In fact, I was so confident at that point I stored my backpack in a locker. I got a bit discouraged when a huge crowd of people jammed the ticket queue at the last minute. Would this be my doom?

The cancel machi call started, and the guy just glided through the 50’s and 60’s with no sign of slowing down. When he got close to 80 he began checking his clicker. Well, at this point I figured at least I will get into the “final ten” group that goes in last. But after a few minutes of re-counting the queue, he started back up again. 87, 88, 89…90! Sweet, I made it to the seat lottery! In fact I just made it as the next guy behind me ended up getting the last spot. As for the last chance winners, it went to #109. (And the evening show went all the way to #150, so all cancel machi got in) Let this be another lesson that even a very high cancel machi number can get you into the show. In fact…..

I had ticket #246, which was in the last group. They started calling the seat lottery. #70-79, #180-189, #240-249. We were third called, Score-a-rooni! I breezed through the metal detector and grabbed a seat in the front row, just left of the pillar. For me this is the perfect spot since Ran-chan (Kobayashi Ran) spends most of the show on this side of the stage. In any case, this was my 45th Theater Show, and my fifth time seeing this stage.

The last three times I saw this stage I was on the right side, so I would be getting a vantage point that I hadn’t seen since the first time I saw Idol Chugyou Chu! Kurumin did the Kage-ana, and the overture began. Here are a few thoughts…. 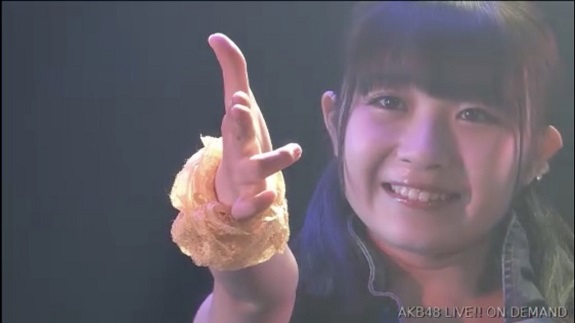 Kobayashi Ran: It took Ranchan less than a minute to spot me in the first row, so I was assured of getting a lot of opportunities to play with her over the next couple hours. Don’t get me wrong, she plays with and appeals to everyone in the audience, but pretty much every time she was near me at the very least I got a glance and a smile. 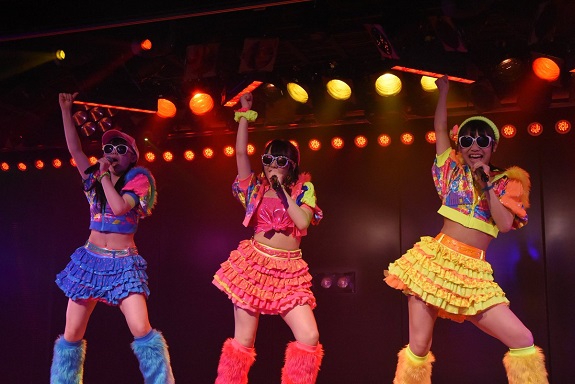 The Units, and Lip-Synch: At one point early in the show I had Taguchi Manaka right in front of me, close enough that I could actually hear her singing. She sounded quite good. It made me wonder how much of this stage is lip-synched. While watching Blue Rose, Kurosu Haruka was in front of me, and Otake Hitomi right next to her. Hitomin looks like she is singing live, but t’s a very loud song, so I wasn’t sure. I am reasonably sure the vocals on Nage Kissu de Uchi Otose are pre-recorded. Shinkirou might be live, but my mind always ‘fades out’ during that song, LOL. The most obvious was Tsundere. Now on one hand I love this performance since the members are all so animated and funny. However, Yasuda Kana is so busy expressing herself, her lip-synching is completely off, like not even close. Plus, Sato Shiori stumbled and almost fell during her line in the first verse, but there was no stumble in the vocals. So that song seems to be completely lip-synched. As for Moeka and Mushi no Ballad, I want to believe she is singing live. 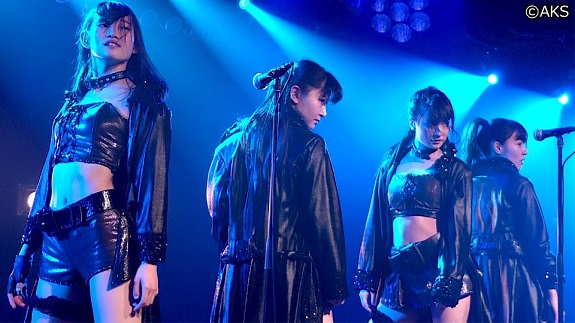 Left Side Appeal: Aside from Ranchan, the MVP of trying to get my attention during this show was Honda Sora. I lost count of how many times I was looking at her and she was staring back and smiling. She was directly in front of me during Sobakasu no Kiss, and I was mimicking her and the hand motions throughout the chorus. Taya Misaki was making faces at me, as was Sato Shiori. In fact, this was the first time I remember Shiori trying to play with me, even a little. On the other hand, Hitomin never really acknowledged me at all, despite her being directly in front of me quite often. On one hand I don’t think she toys with the audience much during the show. However, even in High Wave at the end I didn’t get much of a reaction. My biggest reactions during High Wave were from Yasuda Kana, Inagaki Kaori, and of course Ranchan. 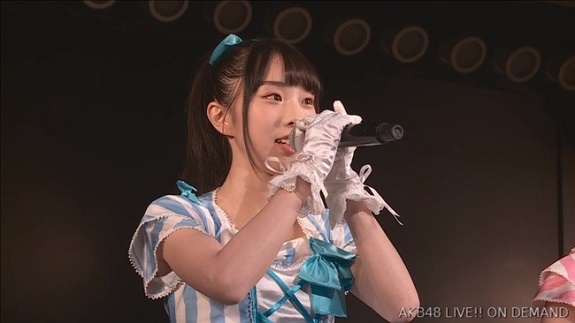 Newbies: I think this was the second time I have seen Okada Rina perform. The first time I noted how awkward I thought she was. She was a little better today, although she went a bit “gangster” with the way she blew off her opening MC appeal time. She introduced herself, said one short sentence, and was like “That’s it, next…” I think this girl needs some emergency lessons in appealing to fans. On the other hand, I am pretty sure this was the first time I have seen Ishiwata Sena, who is another chibi draft member. She is quite cute, but to be honest I barely noticed her throughout the show.

Since I was in the front row I was one of the first people to go through the ‘high wave’ line. I quickly purchased the Team Photo, grabbed my backpack, and was down the escalator and out. I had a bit of time to kill before I had to head up to Saitama for Wasamin’s furage CD event. So it ended up being a full day. And hopefully this theater win frequency is becoming a trend. As I have said before, I have no luck winning the concerts, but as long as I can see the group in the theater I don’t care. I much prefer the Theater to huge venues.