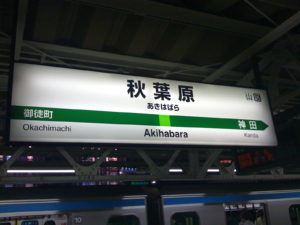 Okay, I have made this journey many times now.  It is nice that the AKB48 Theater is such a short walk from Akihabara Station.  And there are quite a few memorable sights along the way… 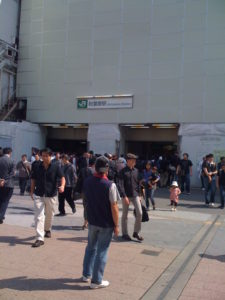 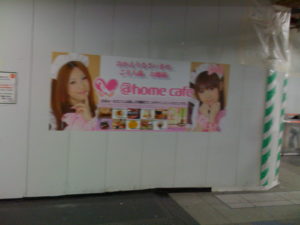 That is the unceremonious “Electric Town” Entrance/Exit to the JR station.  It is just a block off of the main drag, and is surrounded by office buildings and restaurants.  By the way, I love the ad for the @home cafe inside the station.  But it is virtually impossible to get a clean shot of it with the endless stream of people walking by.  That was the best I could do. 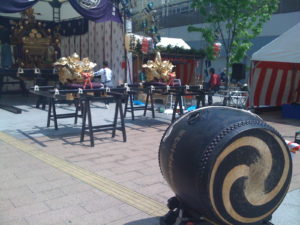 Oh, this is neat!  It just so happens that this weekend is the semi-annual Kanda Matsuri Festival.  These are a few of the shrines on display outside the station.  What a neat even to see! 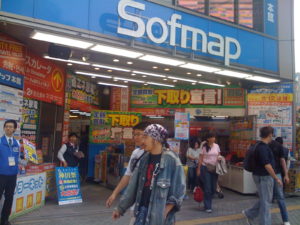 This is one storefront you won’t miss.  At the first crosstreet is this Sofmap store.  LOL, I have always thought it said “Softmap”!  And there are a bunch of guys out there with bullhorns trying to summons you in, along with loud music and sound effects! 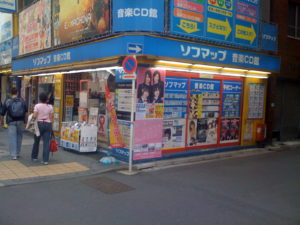 As you continue down the street you will see a bunch of CD and DVD stores.  Many of them specialize in AV goods, and most of them have prominent AKB48 displays out front.  This store mainly sells CD’s. 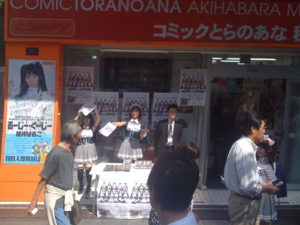 Oh look at the pretty little maids.  They are all over the place in Akihabara.  What are these girls selling today??? 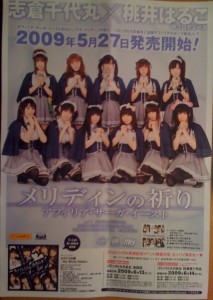 Hahaha, everyone has a gimmick!  Looks like they have their own J-pop single!  I would love to buy it just for the cute cover.  But my spending needs to have some limits! 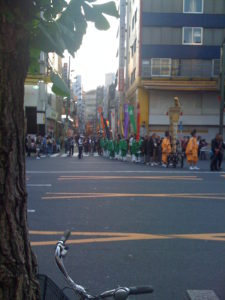 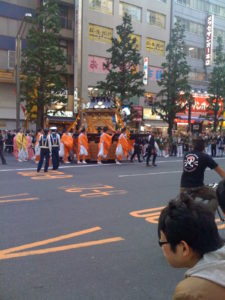 More of the Kanda Matsuri Festival as they parade down the street right in front of the theater building. 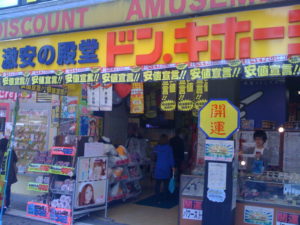 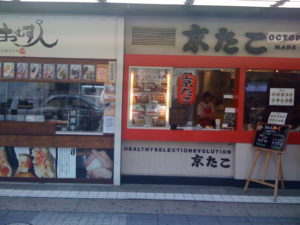 That is the side entrance to the theater building which leads you right to the escalator.  You’ll know you missed it if you come upon these little shops selling Tokoyaki, Rice Balls and Crepes!  By the way, those rice balls are great!  And they are less than 300 yen! 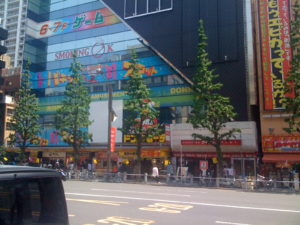 Here is a long shot of the building, in case you get a little lost. 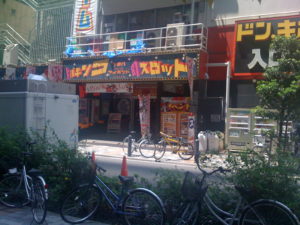 And in case you get really lost, here is the back of the theater building.  Now be careful if you find yourself back here.  It is said that the girls occasionally venture out here (with security) to buy stuff from the vending machines.  And the management seriously frowns upon anyone trying to talk to them while they are outside.  So if you are behind the theater and see a few random idols, do yourself a favor and walk the other way!

Still hungry?  The vending machine out front sells canned ramen, courtesy of Hello Kitty???  Hmmm, no thanks.  The can reminds me too much of cat food!!! 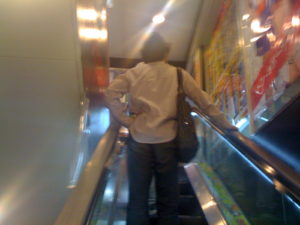 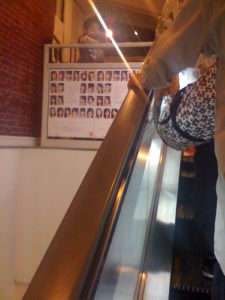 Then it’s up about 8 narrow escalators until you can’t go up any higher.  I love all of the cosplay posters lining the walls as you go up!  You’ll know you have arrived when you begin seeing the AKB48 promos.

And then you are in the theater!  Be sure and say hello to the nice guys manning the info/ticket booth! 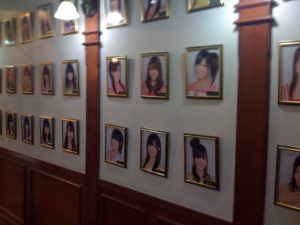 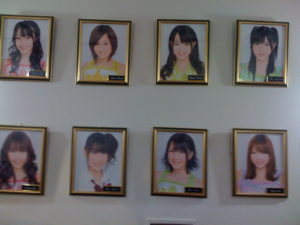 Don’t miss the hall of fame.  And be careful not to knock off any of the photos.  The last time I was here someone accidentally broke CinDy’s frame, and it caused quite a ruckus…LOLOL! 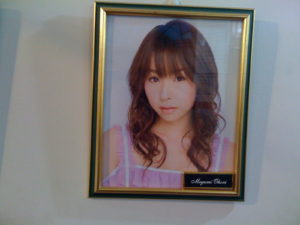 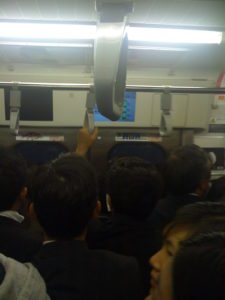 After another great show, it’s back on the train bound for my hotel…Uggghhh!