I’m sure many of you have heard that this past weekend, at SKE48’s Request Hour Concert in Nagoya, that Kaotan announced that she will be graduating from SKE48 in the near future.  Kaori-chan is currently the oldest member of all the 48-groups, and there has been some speculation that this announcement might have been coming sooner than later.

Kaotan’s announcement comes at 2:15 of this video

As much as Kaotan and I have joked about her potential graduation (I have mentioned to her a couple of times that I was worried about her leaving soon) this was inevitable. I mean she is going to turn 29 soon. The 48-groups are currently recruiting girls less than half her age.

As someone who’s kami-oshi is Wasamin, I never look at 48-group graduations as a ‘final goodbye.’ In fact I have seen many of my favorite past members post-graduation. Kaotan does get outside work, although a lot of it seems to happen in Osaka and Nagoya. (I have the same issue with Mikitty, who does a lot of her post-grad appearances is Kyushu) But I am hopeful I will at least be able to occasionally see her in Tokyo. Also, she and I are almost neighbors.

(I live close to where she grew up) We’ll see. 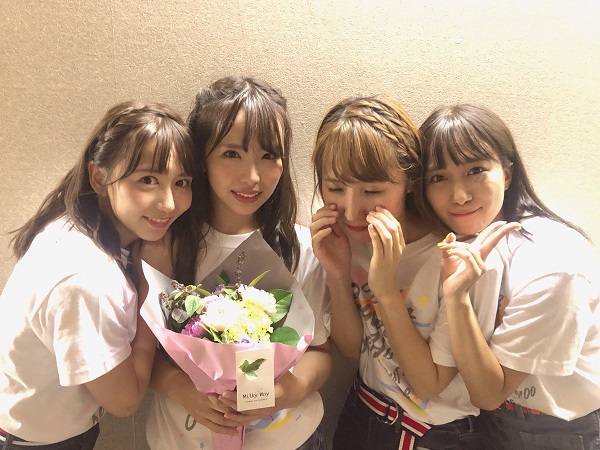 As for my future as an SKE fan, this technically pushes Tani up to the top spot in my SKE pecking order, but my interactions with her have been a bit rocky lately. Beyond that, I haven’t really developed an intimate rapport with the other members I enjoy seeing, like Yuzuki, Kaho, Dasu or Hirata. Yuzuki probably comes the closest, and Hirata is still brand new. Perhaps I need to go to a national event to see what shakes out. But truthfully, as much as I like SKE, without Kaotan I become slightly less enthusiastic.

I wonder when her last events will be. I do have Kaotan handshake tickets for the upcoming SKE event, which I’m sure she will be present for. I also have tickets for a couple of the Sentimental Train events, although not for the last one. 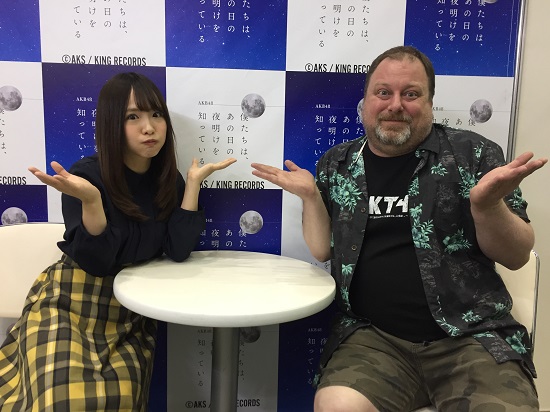 Anyway, congratulations to Kaotan. She is one of the most fun, goofy, and down to earth idols I ever met. Almost every interaction I ever had with her gave me life-long memories and hysterical anecdotes. Hopefully her life post-graduation is just as fruitful and fun, and hopefully I will be able to see her.