The last time Wasamin did a Halloween event was 2016 in Akihabara. It was a lot of fun, so when I received the postcard invitation in the mail, this was definitely a “must-go” event. The invitation also instructed us to recommend a costume for Wasamin to wear. I thought of suggesting a bat, which is a costume she wore while in AKB. However I ultimately left that part blank.

This was a weird weekend for me. First of all, my portable wi-fi crapped out on me Friday afternoon. I probably should have gone straight home after Japanese class, but I was meeting a friend for dinner and drinks. I ultimately stayed out quite late, and didn’t get home to try to rectify the issue until very late. In the meantime, I had scored a cancel-machi for AKB48’s Sunday matinee. If I went I would need to verify my win the old-fashioned way, by taking a screenshot of my ticket center account, since I wouldn’t be able to access my email or the ticket center at the theater. Then I received word that I was being express-mailed a new wi-fi router on Sunday. I decided that I would wait for it, and only go to AKB if the router arrived early enough. It didn’t, and I ended up cancelling my cancel machi. Although it ultimately didn’t matter, as the cancel machi didn’t go high enough for me to win. Anyway…

I still needed to go to Akihabara since I wanted to find some sort of costume or mask to wear to the party. Ichikawa-san had posted that she was looking forward to what the fans would wear, which ended up making everyone want to dress up. I got to the Akihabara Don Quijote right around the time the show I was supposed to attend got out, LOL. I ended up finding a cheap mask. This would be fine, I guess. From there I headed to Kannai… 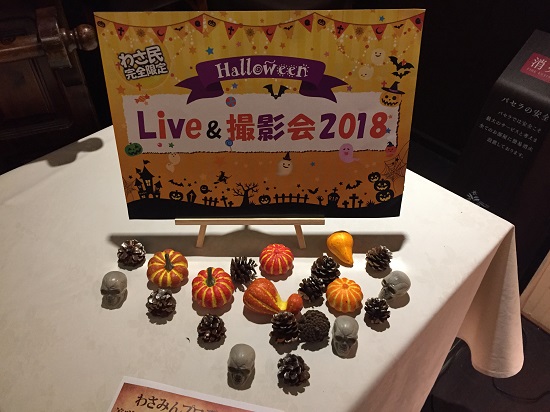 This is not the first time Wasamin has held an event at GRACE BALI Kannai. In fact, her first ever fan club event was held there. In order to accommodate all of the fans, there were three events, with room for 50-60 people for each event. I drew the evening event, from 5:30pm to 7pm. There was a small table in front of the banquet room with a little sign, and an advertisement for Wasamin’s special drink. 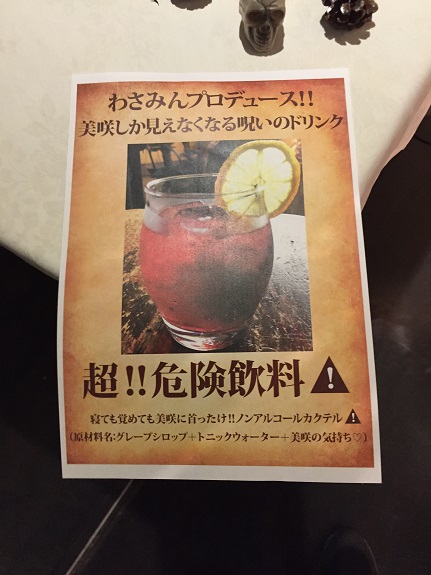 It looks kinda spooky, but it was merely grape juice and tonic water. It was quite good though. While we waited for the event to begin, we were serenaded by Kidz Bop’s Halloween Album, which I thought was an interesting choice, to say the least. We also filled out a ticket for a few various drawings Wasamin would be doing throughout the event. My seat was fourth row-center. Not bad, although it would have been nice to be a little closer. 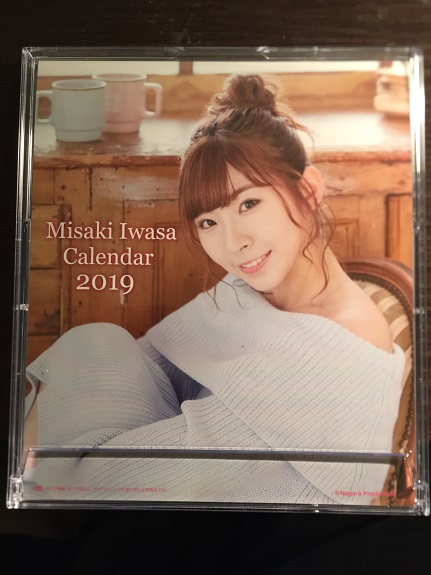 There was also a goods table, and as expected they were selling the new Wasamin calendar, as well as a few small items… 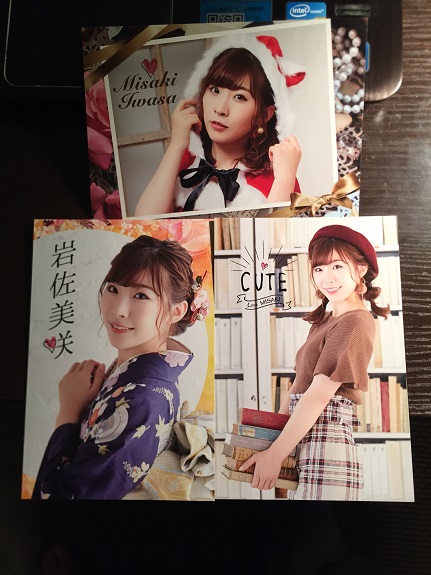 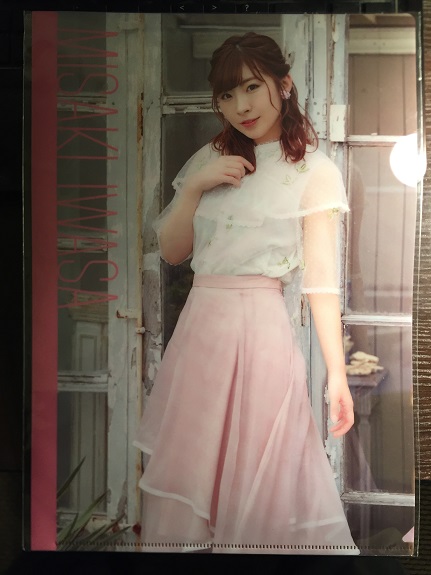 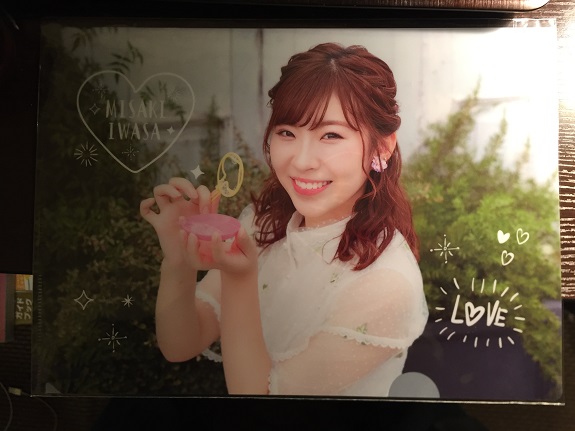 I bought all the new stuff. Finally the lights dimmed, we would find out what costume Wasamin would be wearing for the event… 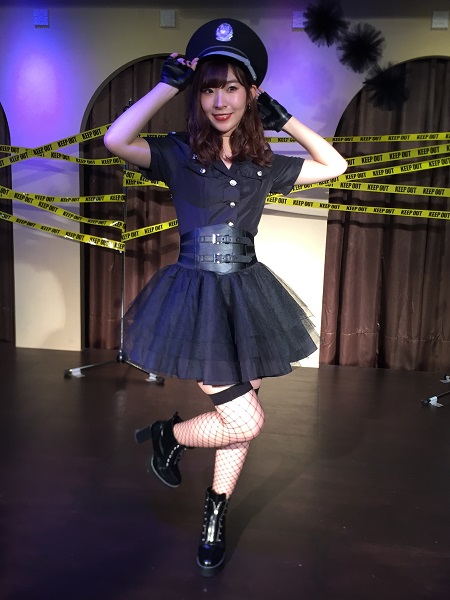 Yowza! Between the AKB handshake event, and Wasamin, ‘Girl Cop’ was definitely a popular costume choice this year. That said, Wasamin looked amazing. That black girdle and the fishnets just take the costume to the next level. She said she was uncomfortable wearing the hat, so she only put it on in the beginning, and during the photo-shoot. Apparently this was the fan’s choice, but when she asked our group who requested it, nobody raised their hand. Then she asked how many people actually made a request, and only a few raised their hand, LOL. Apparently all of them requested a maid outfit, which is what she wore last time! 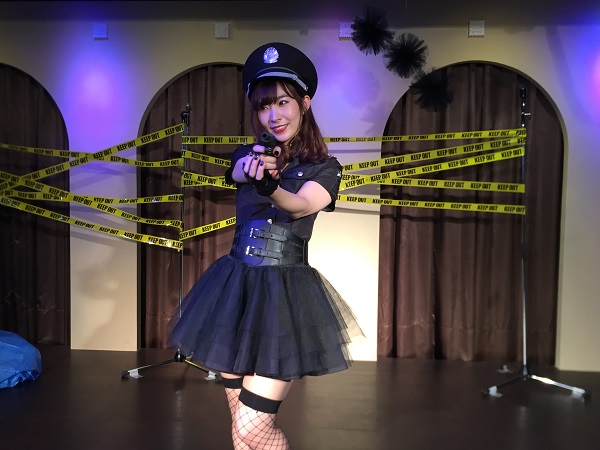 The first part was Misaki-chan telling stories and answering questions. She would draw a name out of the box, and that person would come on stage to talk to Wasamin, then roll a big fuzzy die with tasks for Wasamin, like answer a question, tell a story, etc. This went on for around 20 minutes. There was also a drawing for people to win off-shot chekis and the grand prize, and signed copy of the event sign that was at the door. Unfortunately I didn’t win anything. After that came the singing portion of the show. For the last Halloween event Wasamin did a few acoustic guitar songs, and a few requests. This time she had a pre-planned setlist.

Aside from Halloween Night, which I’m not really a fan of, it was a really nice setlist. Wasamin only occasionally performs Matsu Wa, which was on her first album. I love Goodbye My Love, especially since it requires her to sing a verse in English. She sings the song very well too. I might be mistaken, but I think this is the first time she has performed that Matsuda Seiko song. It is very pretty, and again, Misaki-chan performed it beautifully.

After that it was time for the photo-shoot. Like last time, we would go up by row and get around 2-3 minutes of one-shot time. After every row was complete we went up in order to take a 2-shot and talk to Wasamin. I was #35, so sort of in the middle. But first, a sampling of the photo-shoot session… 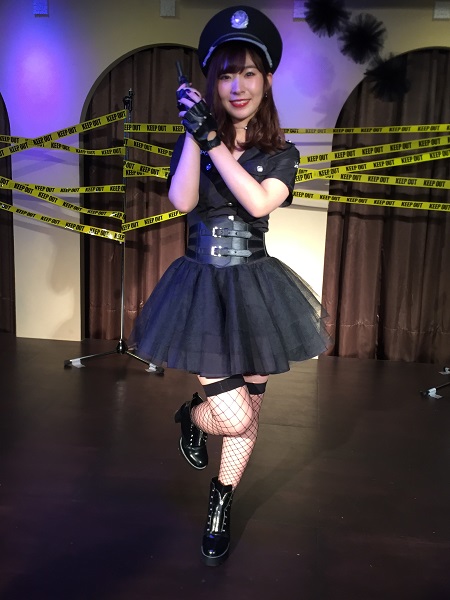 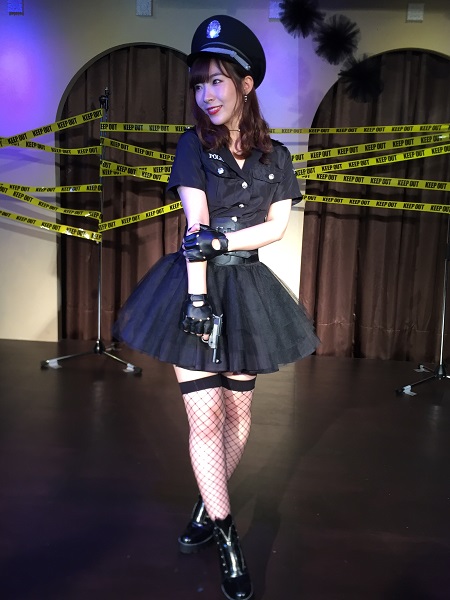 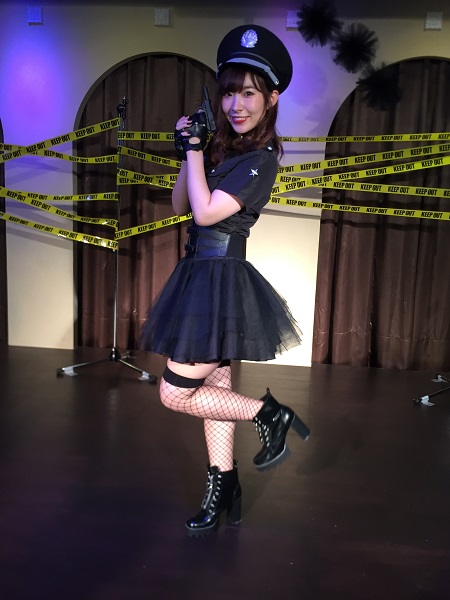 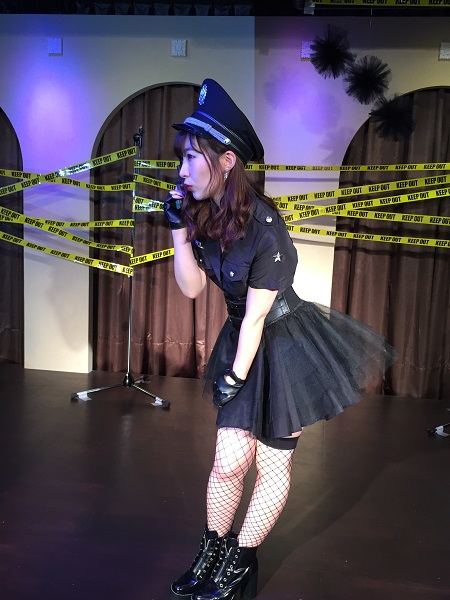 Oh, I failed to mention that at least 80% of the fans had on some sort of costume. This is a much bigger percentage than last time. Suddenly my cheap mask seemed kinda dumb, but then I looked at all the people that didn’t wear anything at all, and felt a bit better. There were a few people who had really cool costumes on, including one fan dressed as Mickey Mouse. Wasamin loved that! I was standing in line when the song “Time Warp” came on the speakers. That song was extremely popular when I was a kid, and amazingly I remembered most of the dance moves, which I was doing in line. It caught a couple of the female fans’ attention, who started laughing at me. Finally it was my turn…. 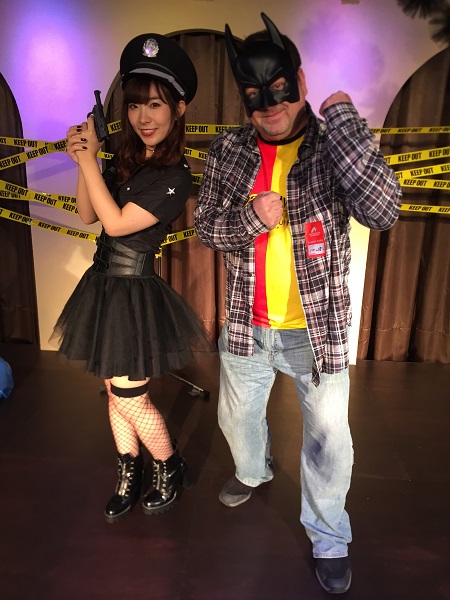 I greeted Wasamin with my best Batman impression, and told her that “together we will clean up this city!” She laughed, and immediately noted that she sang Goodbye My Love. I told her it was beautiful, as was the Seiko-san song. She asked what I thought of her costume, which obviously I loved. But I had one more thing to ask her. I am doing a project in one of my Japanese classes where we ask Japanese people what their favorite Kanji is and why. She thought about it for a couple seconds, and then gave me an answer and her reasons, which thankfully I understood. When my time was up she handed me a small gift and a ‘thank you’ card, and I went back to my seat.

Before the event ended, Wasamin made one more announcement. The next Fan Club event would be scheduled for February 1, 2019, which is the 7th anniversary of the release of Mujineki. I’m not sure what the significance of the 7th anniversary is, but I’m sure it will be fun. Wasamin stood by the door and said goodbye to everyone as we filed out of the venue.

So once again, being a Wasafan is awesome! A bunch of us celebrated the event by heading to an izakaya around the corner for Nabe and Yakitori. Dinner went far later than expected, and I almost missed the last train. Wasamin has quite a few events on her November schedule. I will be attending Ginza Enka Matsuri, ‘Love Live’ and hopefully the Chara-ani cheki event. There is also that Karaoke thing, which I am undecided about. We’ll see.