Like with most of Wasamin’s releases, they hold a special pre-order through Chara-ani where you get 2-shot cheki tickets for an exclusive event at the office of her record label. However, for this release I had a bit of a dilemma since the CD was being released when I originally thought I would be traveling to America. It was the same reason I made all of my event pre-orders for pick-up, regardless of how far away I would have to travel. Consequently, I was unable to order any tickets. On the bright side, for the last few releases they have been selling “on the day” tickets, which meant I could still attend the event assuming they would be selling tickets at the venue. Sure enough, earlier this week Wasamin’s manager posted that they would indeed have tickets for sale.  I expected that announcement, but was still relieved when it came.

I arrived at the venue around 30 minutes after the tickets were supposed to go on sale. The website posts all these warnings about limited supply, and forbidding people from camping overnight to be first in line and whatnot. But all the Wasafans know better. They never come close to selling out, and sell tickets all the way to the end of the event. In any case, I went upstairs, purchased one ticket for each of the three slots, and was good to go.

I should also note that it seemed like there were fewer people there than in previous events. Perhaps it is because it was a re-release. Although more people showed up for the later slots, Slot 3 by far had the longest queue. Anyway, Wasamin doesn’t sing at this event. She changes into a different outfit for each slot, you take a cheki, talk to her for around 20-30 seconds, and you are done. 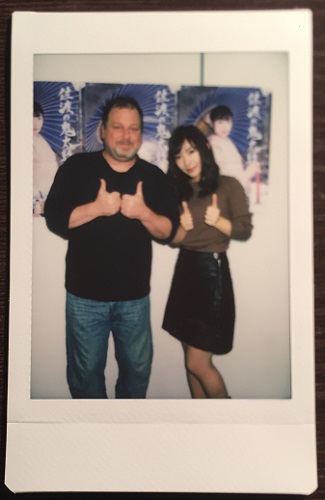 Damn, check out Wasamin’s sexy outfit!!! You can’t see the shoes in the pic, but her black pumps went perfectly with the leather skirt. I kept on saying how hawt she looked, and both she and Ichikawa-san were laughing. I told Wasamin about a recent job interview I had, and that I need to find a job or I will eventually have to leave Japan. After that Wasamin and I got into a conversation about my Japanese classes, and that she thinks my Japanese is becoming really good. I kept mentioning that I have a hard time in my classes, but practice every day. I also mentioned that I met a couple of my Japanese friends in Harajuku Friday night, and they said the same thing. Wasamin was like “Why were you in Harajuku? That’s where young people hang out?” I guess Wasamin was reminding me that I am an ojisan, LOL.

There is a long break between each slot. After the first one I went to get lunch (Ebi Tendon) The rest of the time I camp out in a nearby Tully’s sipping coffee and fiddling around with my phone. 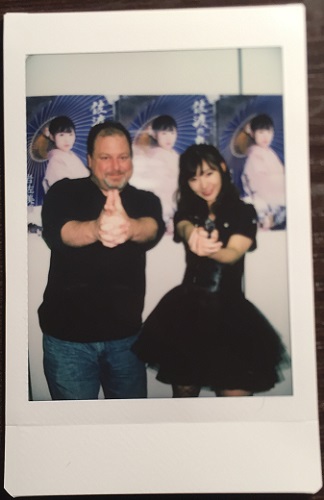 Wasamin again going with sexy, this time with the outfit she wore at the Halloween Event. “Ban Ban!” I told her that for my Japanese report on people’s favorite Kanji I used our Halloween 2-shot on my Power Point presentation. She responded. “Power Point? So everyone looked at it???” Yes!!! 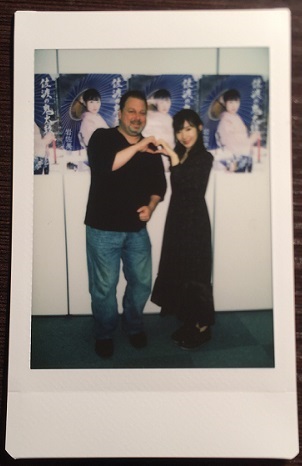 I got back early, and was close to the front of the line, which was considerably longer than earlier. This time Wasamin went with a more conservative dress, and with really cute back shoes. I noted that the first two slots were sexy, and the last slot was very cute. She asked me about her event tomorrow. (The Karaoke Box Event in Kawagoe) However, I told her I have a group project for one of my Japanese classes, and we are making a short movie in Japanese. I think that was satisfactory for her, as she now had all sorts of questions about the movie. “Are you going to be in the movie?” They were moving the line relatively quickly, but they always give me a little extra time since my Japanese is a bit slower than the native Japanese.

And with that I was done. As I mentioned I cannot attend her Sunday event. But actually there were two other events I really wanted to attend (HKT48’s Zenkoku event and Tokyo CLEARS’ graduation) But my project takes precedence, so I have to bail on all of them. I am also going to miss Wasamin (and Minyo Girls) at the Wongoo Fest in Tsukuba this coming Friday, but I will see her at ‘Love Live’ on Saturday, so no worries.