BTW, due to this being a really intense school week for me (4 Japanese tests, 2 papers due, one project, and two other tests) I have gotten a bit backed up on event reports. So I apologize for these being late. But I essentially have the next nine days off, so time to catch up… 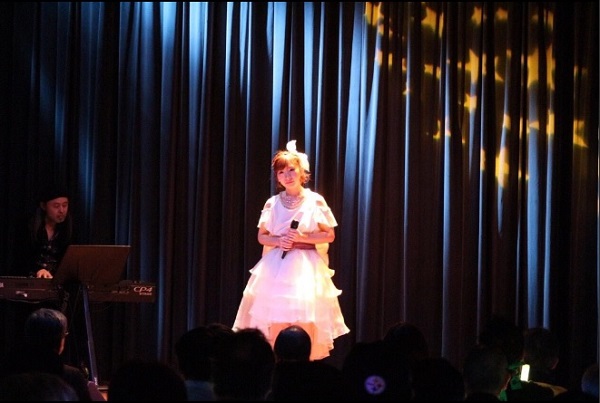 For tho who don’t know, ‘Love Live’ is Wasamin’s acoustic concert, where she strips away her Enka style and performs more as a pop artist. It is a chance for her to show off her singing versatility, which she is getting more and more proficient at doing. It is also a chance for her to show off her guitar skills, another one of her many talents that she has been diligently working on over the past years. In short, this definitely qualifies as a “must-see” event for all Wasa-faithful, the only bummer being that they do not release the show on DVD, I am guessing due to copyright issues, and she almost exclusively sings songs from other contemporary artists.

The invitation to apply for the concert came via postcard, which is a new format her management has been using. (They also did this for the Halloween Party) Fans became slightly worried when they announced early on that the ‘fan club’ sale completely sold out, almost implying that everyone didn’t win. However, they did end up doing a general sale, and after saying that the show was completely full, they announced the night before the show that ‘on the day’ tickets would be available in limited supply. I received my tickets in the mail around two weeks before the show, I had 5th row in the center aisle.

I had attended Minyo Girls’ solo live at the same venue earlier in the day. There was a two hour gap between the two shows, so I headed to Devilcraft down the street for a couple beers and some pizza, returning just before doors opened. I wasn’t too worried about the queue since our seats were predetermined. What I failed to notice was the goods sale that took place earlier in the day. There were two new Wasa-items I really wanted, and fortunately they were both still available when I got into the venue, although I heard I was one of the last people to get one of them… 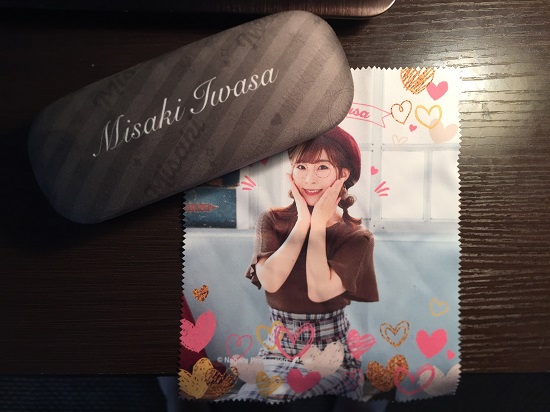 Wasamin Megane Case. I also got her new buttons, which sold out a short time later.

After that I queued up for CDs so I could get handshake/2-shot tickets. Lo and behold, who did I line up behind? None other than Mama-Wasa and Papa-Wasa, or as I like to call them, my “in-laws.” I find it interesting that her parents actually purchase CDs for handshake tickets, but I think they do it as more of a symbolic gesture of support. Surprisingly, they turned around and greeted me, at which point I became extremely self-conscious about the possibility of having beer-breath, LOL. BTW, the closer I am to Wasamin’s mother, the more I notice the resemblance. Fans used to say she looks like her dad, but I think she looks more like her mom. I also shared an elevator with them to the concert, which was on the top floor of the building. Just before entering I saw Wasa-manager, so I asked her if they had found any glasses at the Tokuma offices. (I lost my glasses that weekend, and am checking all possible places they could be) She told me she would check and get back to me after the show. 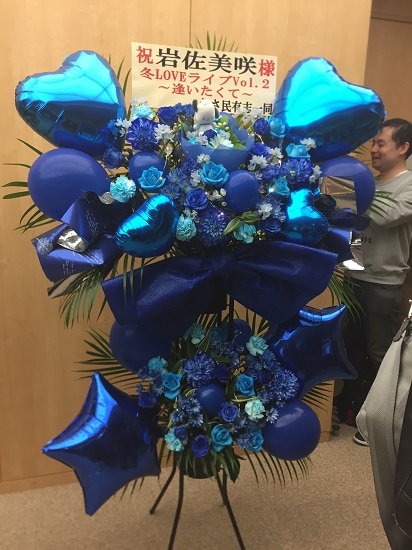 It was a small stage setup with a piano, and Wasamin’s guitar. After her giggle-filled Kage-ana, the lights dimmed. Wasamin and Senbei-san, her accompanist, entered the stage. Wasamin wore a beautiful white dress, which likely stoked “Wasa-wedding” dreams for most of the Wasa-fans. He is the setlist…

More than half the songs on the setlist were first-time performances. Among the interesting aspects of her MCs, Wasamin apparently loses track of the days, and kept saying it was Sunday, although it was Saturday. She was also talking about all of the benefits that are available with her single and album releases, specifically the barbecue parties, one of which I attended. Toward the end she introduced Senbei-san, who looked somewhat like an old hippie, with long grey hair. Once she introduced him the fans were doing “Senbei-san” calls, much the way we usually do them for Wasamin. 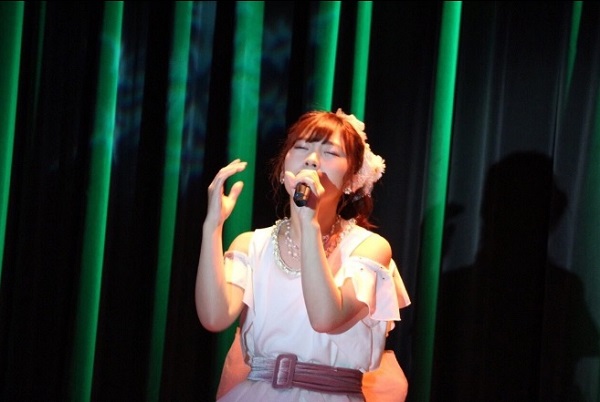 As for the performance itself, Wasamin was in impeccable form. You could tell she worked really hard to perfect these songs for the show. The song choices were great, and her singing was as dynamic as I have ever heard her. She really took Let it Go to the next level, and Stalker no Uta was a particular crowd-pleaser. If you are unfamiliar with that song…

I could talk about so many songs here. Shinai and Chiisana Koi no Uta (as well as Stalker no Uta) were a great showcase for Wasamin to perform almost in a rock-style. Tobacco, Aitakute Ima, and Yuki no Hana showed her softer and more nuances singing abilities. Overall it was an incredible showcase of her singing talent, and I was glad TBS was there to film all of it. 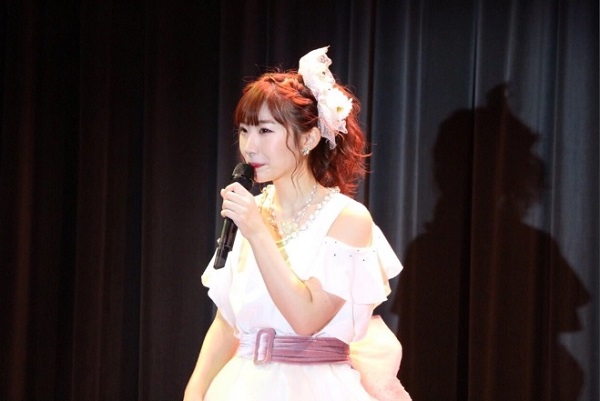 Once the show ended we had to go back down to the building lobby for handshakes and 2-shots. However, I was really thirsty (and had to use the bathroom) so I was delayed getting downstairs. By the time I made it the queue was huge, snaking around five times. So it would be a bit of a wait before I would have a chance to congratulate Wasamin. Meanwhile, the TBS crew were filming us in the queue, and filming some of the handshakes as well. It took at least 30-40 minutes for me to reach the front of the line. I warned Sasou-san that there had been an issue with my phone camera before we took the shot… 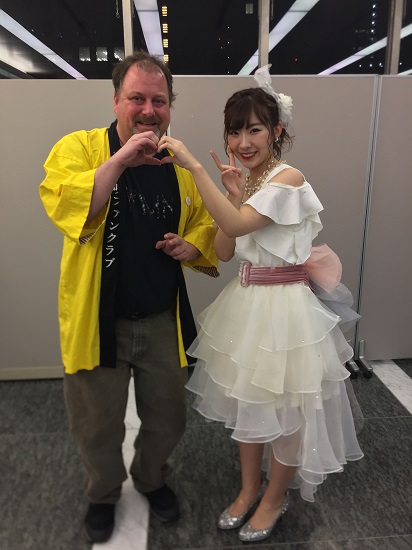 Whaddya know, it came out just fine! The Minyo Girls’ staff tried to take my group shot three times, and it came out blurry every time. Then again, they did not have the lights on in the lobby at the time. Oh, and it was it this point that both Sasou-san and Ichikawa-san informed me that they checked the office, and my glasses were not there. Wasamin asked what that was all about, so I told her my lost glasses story. But I also said that I had been thinking of getting new glasses, and my new Wasamin megane case will go with them perfectly! That got a smile. After that I quickly congratulated her and was on my way out, but not before telling her I would be at her Sunday event in Kameido… 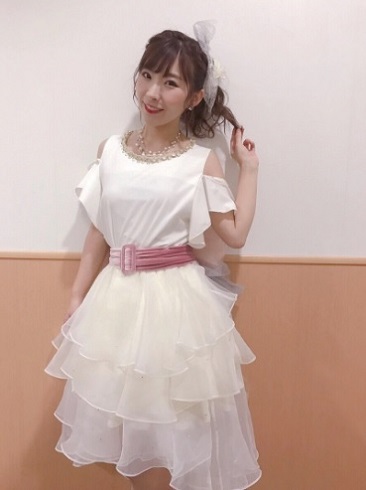 The line was still huge from people re-queueing, so I decided to head back home. I had a lot of things I needed to do on Sunday in addition to seeing Wasamin, but the interesting story of that event will be told on my next Wasa-post.