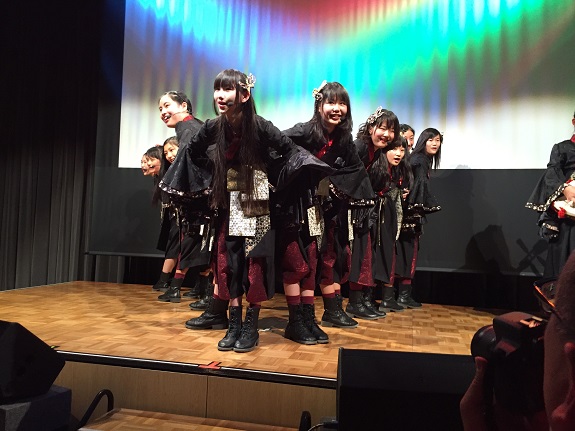 Like last year, all of the NagaraPro kouhai groups, including Wasamin, performed at Hamamatsucho Bunka Hall over the Labor Thanksgiving holiday weekend. And like last year, Mingaru chose the occasion to perform a countdown of their fans’ favorite songs. Last year’s show was a lot of fun, and they have added quite a few new songs to their repertoire for fans’ consideration. I knew I wanted to attend this show, as it was on the same day as Wasamin’s solo concert at the same venue, so I picked up a ticket for it over the Summer.

The morning of the show they announced that for Wasamin’s evening concert there would be a limited number of “on the day” tickets available. I had a friend who really wanted to go, so I headed out extra early in order to hopefully score a ticket for him. However, while I was on my way he informed me that he had made other plans and couldn’t go after all. With the extra time I camped out at the local Dotour for some coffee and a danish before it was time to queue. Interestingly, they did not have assigned seating, despite the seats being numbered. Instead you had an entry priority number, and from there it was first come, first served. I had ticket #26, and when I entered I was able grab a 2nd row center seat. I could have grabbed a first row seat on one of the far ends, but I thought this was a better spot. Once I reserved my seat I went back outside to check out the goods. They had three new items; a new penlight, a clear file, and a rubber bracelet. Frankly, I’m never going to wear that bracelet, and I already have a huge stack of clear files. However, I did pick up the penlight, as well as a ticket to their January one-man live. This would get me three tickets to use during the benefits time. 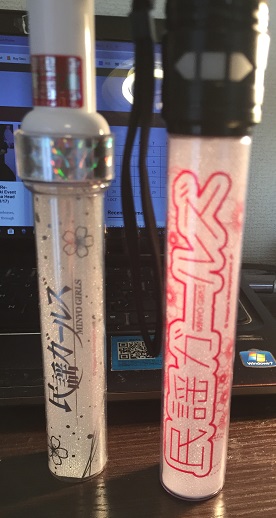 New penlight on the left, old version on the right

Once back in my seat it was a short time before the girls did their kage-ana and the show started. In true Mingaru fashion, their kage-ana was disorganized and full of giggling. I could see the members behind the small partition getting ready to take the stage, then the lights dimmed. Here is the “countdown” setlist, along with what release they are from… 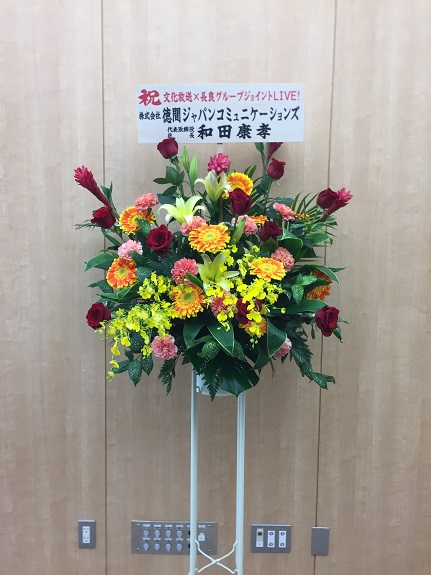 Congratulatory flowers for all of the NagaraPro artists

No real big surprises there, although Aizu Bandai, their first MV song, dropped off the list. I was also slightly disappointed Akita Ondo didn’t make it since it is probably my favorite of their more recent songs. On the other hand, I was happy to see Shiki Ori Ori Origami also made the list, at it has such a cute MV, and was really a turning point in the Mingaru style.

As usual with Minyo Girls, there were a lot of family in the audience. I said hello to Yuua’s mom before the show while she was busy with a slew of little kids. Izumi’s mom always says hello to me, even though I never take chekis with her daughter. She was with a bunch of other mom’s, including a cute young one who only started showing up recently. Could that be Ramukyun’s mom? I didn’t see Miyabi’s mom until the end of the show, but I waved to her and told her I picked Miyabi for a 2-shot.

As for the performance, it was pretty much what one would expect from a Mingaru live. They are efficient singers, and choreograph their dancing quite nicely. Miyabi and Yuua function as co-centers, although Matsuri, Rio, and Rinacchi (and sometimes Kako) do occasionally jump to the front and take the lead. I always forget to bring all the props needed for the show, although I did have their oshi towel to wave, as well as my penlight. I forgot to bring my folding fan, which the fans are supposed to wave in the Origami song. Instead I waved my penlight. Of course they had a photo-op portion of the show, for which I was in a great spot to get a bunch of closeups and personal reactions… 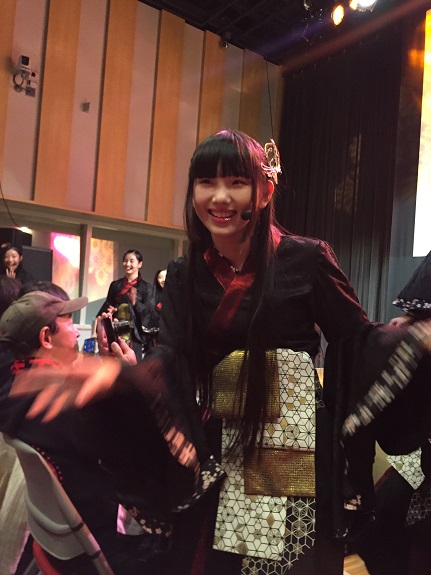 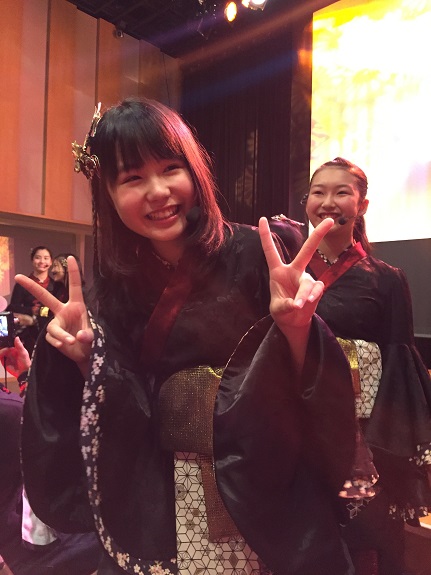 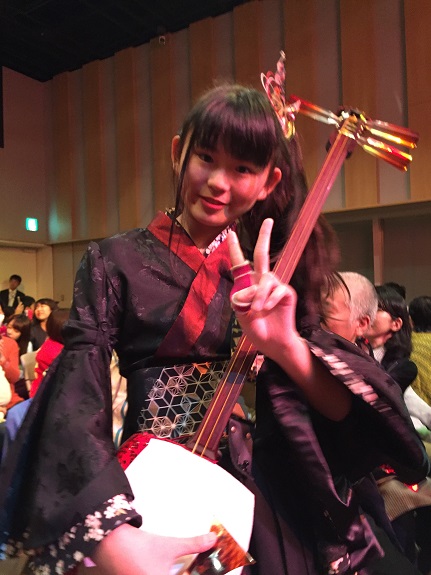 Ramu (per usual, I took lots of Ramukyun pics) 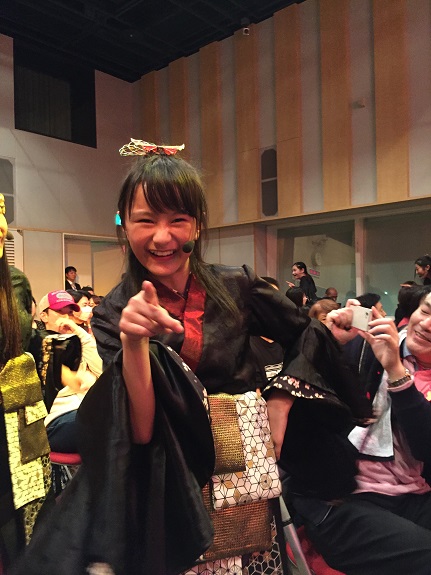 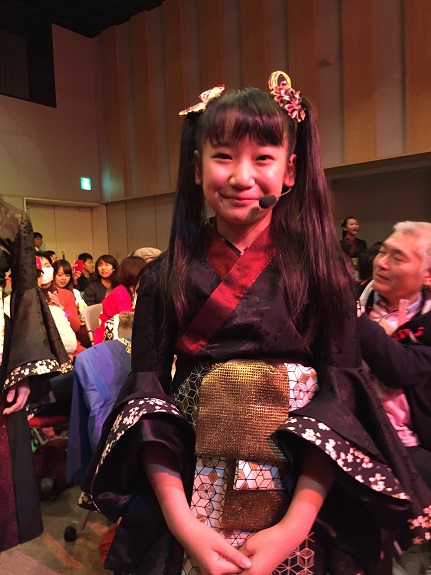 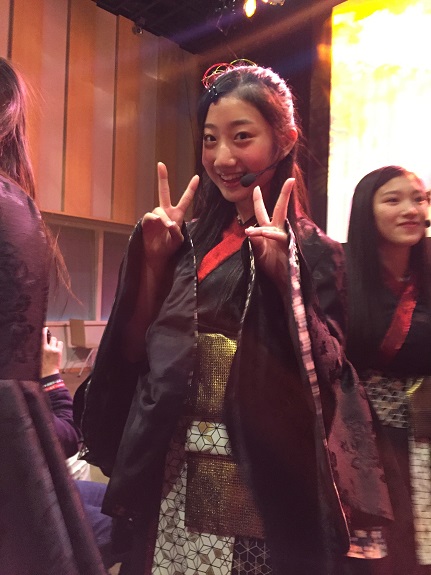 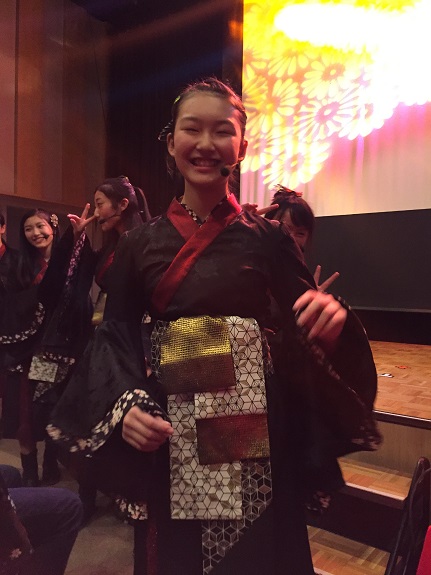 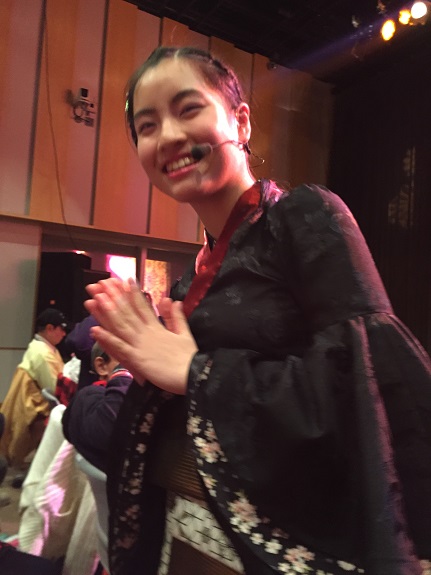 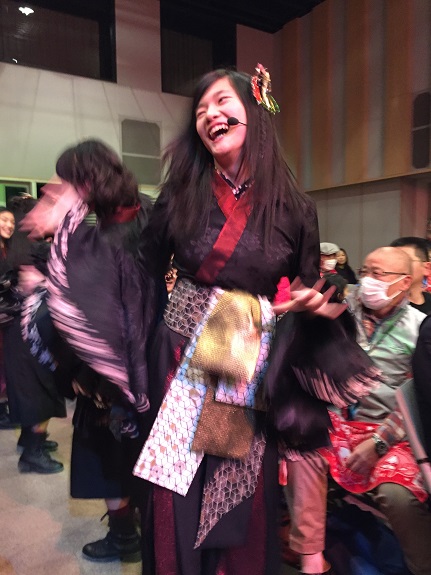 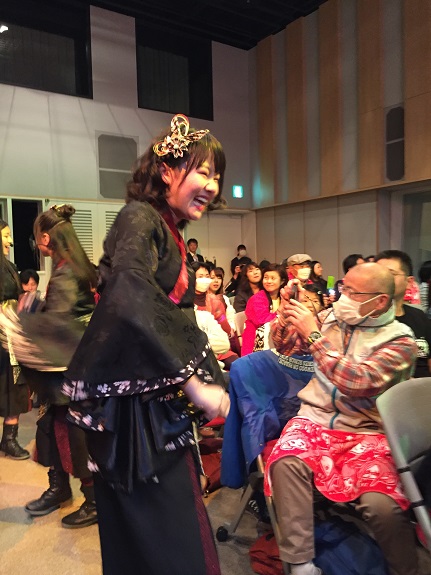 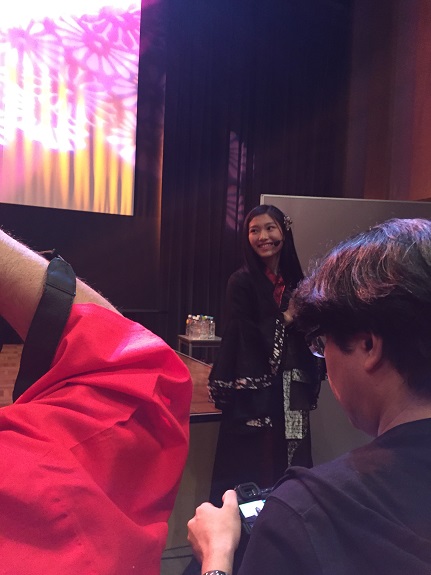 At the end of the show they formally announced the three upcoming one-man lives at Shinjuku Marz, after which they posted the setlist. I quickly took a pic of the screen, since last year I had to comb the internet after the show to find the setlist. After that we headed back downstairs to the lobby for the cheki/handshake event. 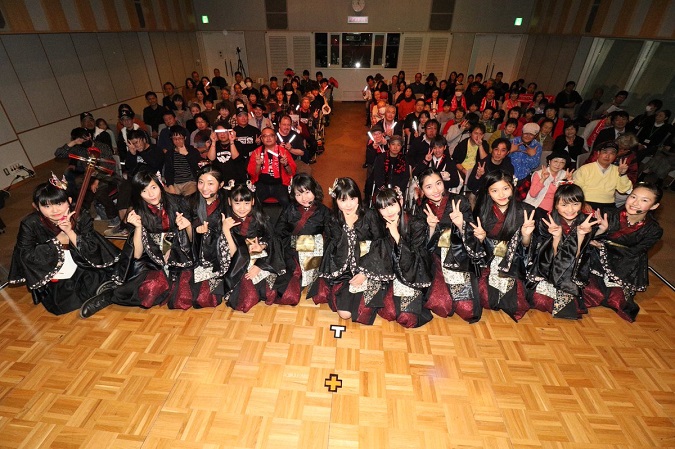 I had three tickets, and was trying to decide whether I would use them all for individual member chekis, or for a group shamekai (which costs two tickets) I have been having a little trouble with my phone lately, and the camera seems to have a focus issue. nevertheless, I decided on a group shot since the entire team was there… 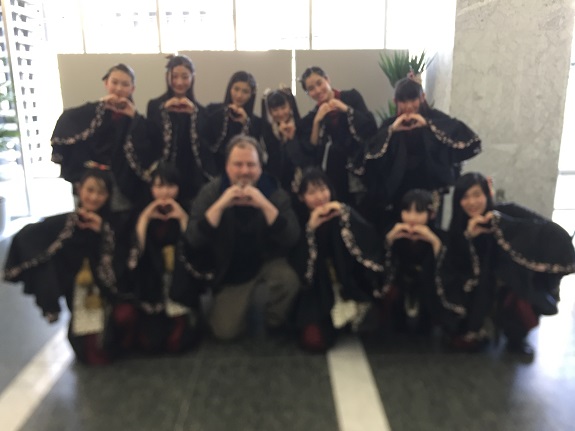 Blurry!!! The guy taking the pics actually tried it three times, but it just wouldn’t focus. Part of the issue was the lighting, as you can see from the pics I took in the show I can get good photos. I just don’t know why it seems so sensitive to the light, or lack thereof. But no matter, I have lots of group shots with Minyo Girls’ already. For the individual chekis, they had a slightly different format from usual. There were three lanes, and each one had one member. When that member’s line became empty, they replaced her with another member. They seemed to start with the least popular girls, which was kind of a bummer to watch, as some of them only had a few people go up to them. While we were waiting the girls were hawking the new goods. “Raise your hand if you bought the clear file! Raise your hand if you bought the penlight…” I was waiting for Miyabi, who ended up being second to last to be called to a lane. (Ryo, the newest member, was last) I immediately jumped into her queue and quickly got my cheki. I told Miyabi that I loved the show, and she thanked me for coming. It was a quick interaction since they usually give you more talk time if you spend the extra ticket for the cheki to be signed, which I didn’t. 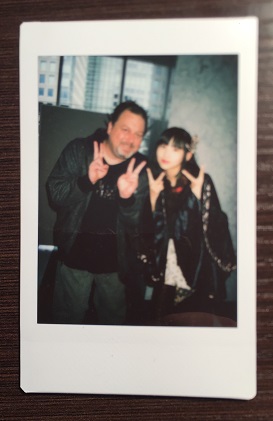 After that I took off. I had two hours to kill before I had to be back for the Wasamin live. I would spend those two hours at a local bar “loosening up” for Wasamin.

Aside from Misaki-chan and AKB, Minyo Girls are really the only group I am following on a regular basis, despite the fact that I took a couple months off from seeing them. I love their music, and I love their style. I just hope their popularity continues to grow as I think they are a very special and unique Enka/Idol unit. I skipped their Mini-Live events this weekend, mainly because none of my favorite members were present, but depending on who is there I am tentatively planning on seeing them in Saitama next weekend.