Great news, Wasamin announced via Twitter, LINE, and her Ameblo Blog that her next single will be coming out February 13th.  It wasn’t that the news wasn’t somewhat expected, as Misaki-chan usually announces her next single around this time.  However, this time we received a bit more news than usual, and the announcement came with the title of the single, complete tracklists, and the news that Akimoto Yasushi will once again be producing her release, and writing the lyrics for the title track. 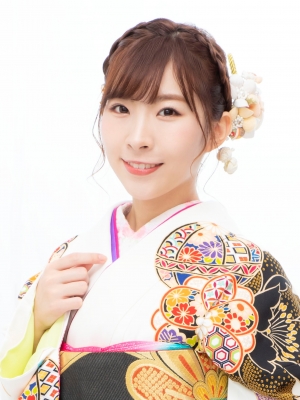 The title of her new song is Koi no Owari Sangenjaya, which sticks to the theme of her singles being associated with a particular locale.  Sangenjaya is a trendy neighborhood near Shibuya in Tokyo, which was historically known for its teahouses, hence the name.  Here are the tracklists for each edition…

This is the first of her single releases (not counting the re-releases) to have three different versions.  In addition to the title track, there are four new cover songs, all of which Wasamin has performed in the past.  Anata, Koi no Dorei, and Ohisashiburi ne, are all songs she performed at her Monthly Challenge Campaign in Chiba.  Wakare no Yokan was part of the setlist at her February solo concert in Ebisu.  Personally, I have heard her sing Wakare no Yokan and Anata live, and they were both memorable performances.

For reference, here are the original performers for the c/w tracks…

Needless to say I am looking forward to the PV, her debut performance, and of course the release.  Last year she debuted Sado no Ondeko at her solo concert, although she released the PV preview shortly before that.  I am guessing she will perform it at her January concert at the latest.  In any case, preorders begin this weekend, so Wasafans have two months to load up on preordered CDs, LOL.