I had the opportunity to watch the “Live on Demand” of Sunday night’s Team K show.  Soooooo sad!  Jeez, Naruse Risa is only 15, and she is making such a heartfelt announcement like that.  You could tell how hard it was for her.  And you gotta feel bad for her Team K groupmates too. 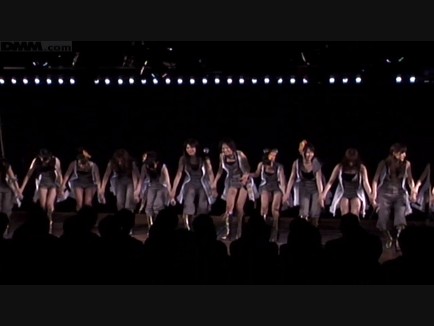 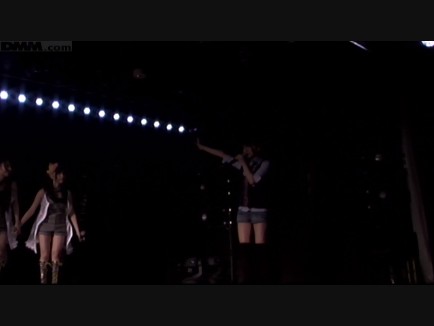 Those seem to be the “magic words” when something major is about to be announced at the AKB48 Theater.  But the initial reaction sounded like one of excitement when Risa came on stage.  Except for Yuka.  She looked horrified from the moment Naruru stepped on stage.  She knew what was coming…

It almost seems cruel.  But this is the game they play as members of AKB48.  I think in some way the producers like surprising the girls with announcements like this.  Because it is widely known that we fans enjoy the spontaneity of moments like this, as heartbreaking as it may be.  It is unforgettable. 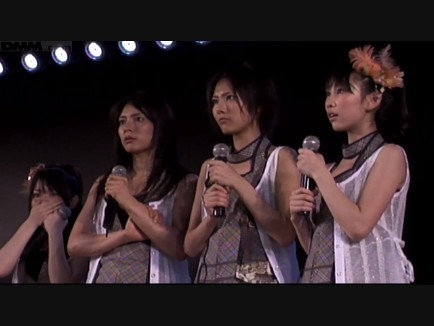 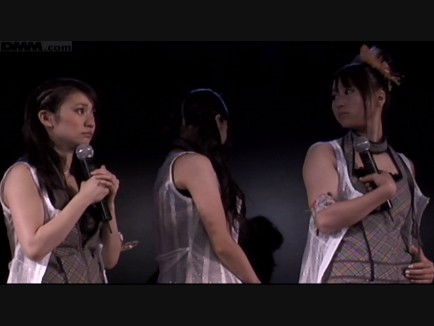 I wonder how reluctant she was to make a choice like this.  Risa hasn’t been a Team K member for too long.  And judging by the tears on her face it was a really hard decision to make.  Obviously the injury had a lot to do with it.  Poor thing, she is so young to have a dream like that shattered in such a way. 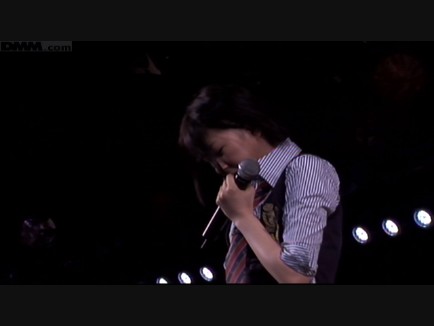 And how sweet was it for Nacchi and Umechan to be there on their night off to support Risa?  Another nice moment. 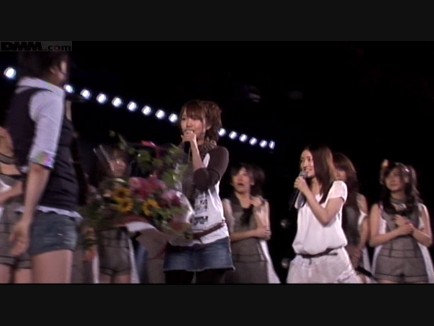 I remember when I saw Team K perform their 4th Stage last October.  I hadn’t really paid attention to Naruru before that.  But she struck me as an energetic and talented girl.  I just loved the way she jumped all over the stage.  I have long been a Meetan fan.  But in that moment I was struck with how great Risa was.  From that moment on she became one of the members I had a special fondness for.  I think that is why I am so affected by her graduation.  It wasn’t long ago that I saw her as a bright young talent with AKB48. 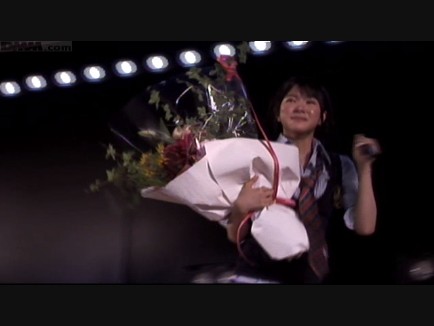 To echo the fans during her graduation speech.  Risa-chan ganbatte!!!