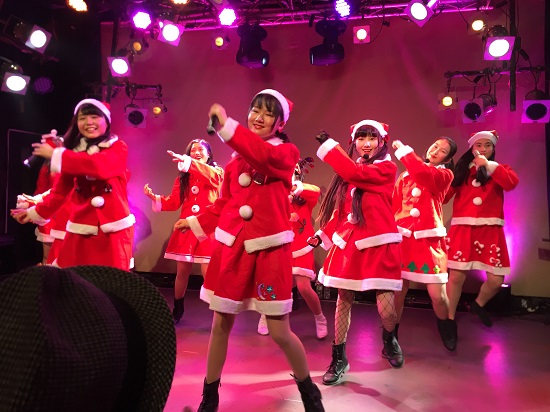 After missing Chapters 3 and 4 of Mingaru’s monthly one-man live in Shinjuku, there was a possibility I would be missing this performance as well. However, I was able to pick up a ticket at their Hamamatsucho show last month after confirming I would be in Tokyo over the Christmas holiday. Aside from Wasamin, Mingaru is the only idol group I have been seeing lately on any sort of consistent basis, Not to mention that you get two member 2-shot chekis, or one group shot shamekai for buying a ticket. So that’s been my system, I purchase a ticket for a future show as a means of getting benefits. Since they didn’t have any new goods this month, it spared me buying CDs and goods I already have. After a leisurely morning, I headed over to Shinjuku and made it to the venue shortly before doors opened.

I had a relatively high-numbered ticket, so I figured I would be somewhere further back for this show. However, when I entered the venue I noticed my usual spot wide open, so I grabbed a standing position right of center, right behind the people standing against the stage. I remembered to bring my Minyo Happi, as well as my penlight and sensu. However, I forgot to bring my Santa hat as I had planned since this was going to be a Christmas themed stage.

I was a bit perturbed with one of the other fans. As I was standing there waiting for the show to begin, he slid in front of me and stood practically in my lap. At first he was acting as if he was just there momentarily to talk to the guy in front of me, but after a while he put his bag down like he was going to stay there. I started staring daggers at him until his friend (who knows me from Wasamin shows) noticed and told him to move. He ended up moving into someone else’s spot, who also got annoyed. Eventually he moved to a different spot entirely. 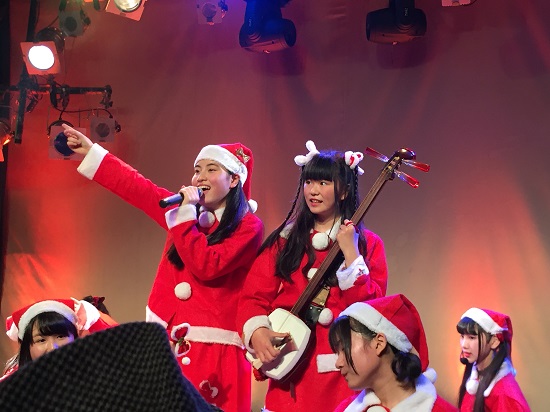 As you can probably figure, much of the setlist was Christmas themed, although they opened and closed the live with their own songs. Love♡Metal, a c/w from their latest single, was the opening song, and sounded even better than the recorded track.  It is very Babymetalesque. Their medley of Christmas songs was quite cute. It included the Japanese versions of Santa Claus is Coming to Town, Jingle Bells, and a couple of songs I don’t remember. I think one of the songs was Suteki na Holiday, which is probably the most famous Japanese Christmas song, originally recorded by Takeuchi Mariya in 2000. If you aren’t familiar, it’s the theme song for KFC Christmas…

And in keeping with tradition of performing Momoclo songs at these lives, the entire group performed Momoiro Clover’s Santa-san, which I actually have a CD copy of (It was sold in very limited quantity) They did do a giveaway, as they sometimes offer. Eleven lucky winners were drawn to get a special Christmas Card from one of the members. I am yet to win that lottery in all the shows I have been to, and I have to figure my odds are going to catch up to me as there are usually 8-10 winners per show, and there are only around 100-150 people in the audience.

That pretty much led into the encore, where they performed their two singles and their usual ending song, Ureshi Namida. There was also an announcement VTR at the end of the show. The big news of the day was that Minyo Girls will be making their second overseas appearance, this time at a Japanese festival in Cambodia. Earlier this year they had their first international appearance in South Korea, and they recorded a travelogue video for it…

The show ended, and they cleared the area for 2-shots and whatnot. The queue was fairly big, but I bought a ticket for the February one-man live, which got me two handshake/photo tickets. The girl behind the counter accidentally gave me a March ticket, so I exchanged it. I’ll pick up a ticket for the March Live at the next show. I wasn’t sure who I wanted to take a cheki with, so instead I decided to make things easy and just take a group shot….

This time I was next to Ramu-kyun, Yatta! BTW, I was worried about my camera being blurry so I tested it out beforehand. They had the stage lights on, so that allowed my phone camera to focus a lot better. But I still have issues when I try to take indoor photos in unlit conditions. Again, you can see the pics I took during the show came out just fine. Anyway, I thanked the girls, and got a big smile from Ramu, and I was outta there. I was really in the mood for sushi, so I hoofed it over to a kaitenzushi I like on the South side of Shinjuku station. This was also when I picked up a Christmas present for Wasamin. I usually give her products from LUSH, but I didn’t want to give the same thing to her again, and there is a cute store near the station called Soaptopia that I have always wanted to buy something from. To make a long story short, Wasamin was very happy with the gift. 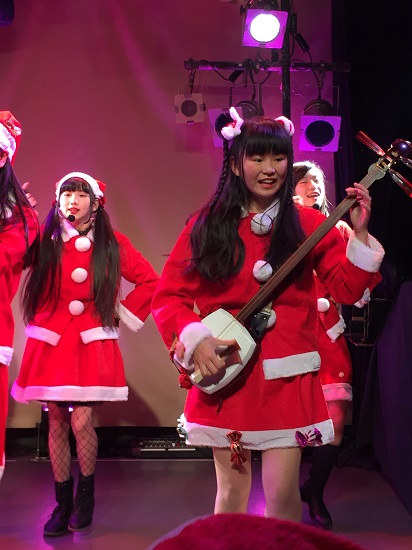 As for Minyo Girls, I am pretty much locked into their next 2-3 one-man live shows. They have quite a few in-store events coming up as well, so if I have the time, and the members I like are attending, I will likely go to see a couple of those as well. The group is really beginning to cultivate a loyal following, which doesn’t surprise me since I think they are really good!

And one more thing… 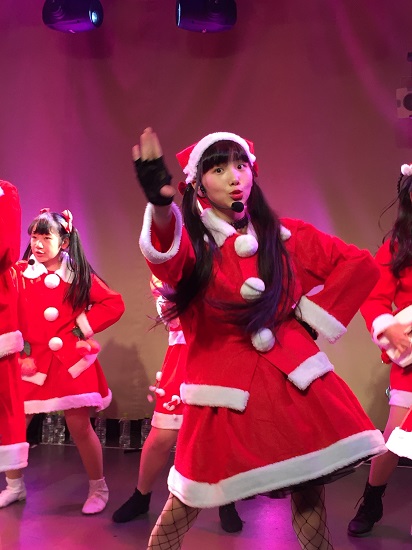 Miyabi was on that TV Karaoke battle last week, and made it all the way to the last round, ultimately finishing in 3rd place. But she did really well, so congratulations Miyabi! As I mentioned to my friend, THAT is why she is center of this group, because her singing is on point!