I was pleasantly surprised to see Kaotan’s name on the schedule when they announced the handshake schedule for this single. I planned on attending some of these events, regardless of whether or not she would be there. That said, I’m not sure how active I will be with SKE48 once she leaves. For this single they scheduled three events in the Kanto area, as opposed to their usual two. I decided I would place an order for two of the three events, choosing the April event in Saitama as my ‘must go’, and the January event as my other. I may get some February tickets via re-order, but I will decide that later.

I ended up with only six tickets for this event, two of which were for Kaotan. I had three tickets for the early afternoon, and then after taking an hour lunch break, would return for my other three tickets in the late afternoon, wrapping up at around 4:30. I made one tactical error by not taking my cold medicine before leaving the house, so I was worried that I may get a bout of a cough, or stuffy nose. Luckily, I did have a mask, which I wore most of the day. 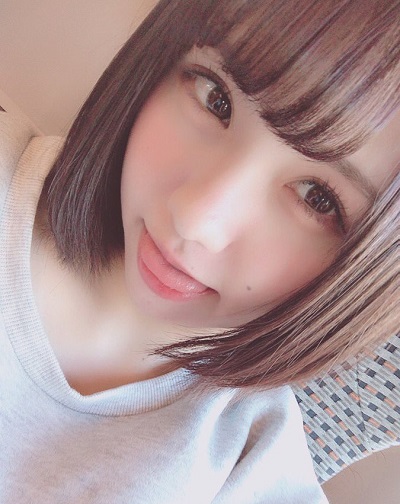 Sato Kaho (Lane 8) I had around 45 minutes to get my first two tickets done, and looking at the two lanes, Kaho’s was slightly shorter, although it wasn’t that short. It took me around 20 minutes to get through it. Kaho’s attire was casual cute, and per usual she leaned in close to me as she took both my hands. After wishing her a happy new year, I told her I liked the new single MV, particularly the way they used the costumes in the dancing. She reacted by saying the MV is cute, and as I left she blew me a kiss. Very nice!

Obata Yuna (Lane 17) I ran into my friend Nori while I was in queue for Yuna. I usually see him at AKB events, but I forgot he sometimes goes to SKE events as well. The line moved relatively quickly. She looked really fresh, and perhaps had her hair done. After giving h a New Year’s greeting I mentioned that I liked her shorter hairstyle, and that she is becoming more of an adult. I am guessing she liked that, since her reaction was essentially “Yeahhh!” She kept thanking me and waving as I left the lane, and I noticed a bunch of her fans were looking at me and smiling, so I think they liked the way I got that exclamatory reaction out of her.

BTW, while I was in line I noticed the new kenkyuusei were behind the lanes, watching their senpai members doing handshakes, all the while taking notes. This pretty much happened throughout the day. There was also a 9th Gen introductory stage which took place around 1:45. There were so many people gathered for that Nori and I couldn’t get anywhere near the stage, and as a result couldn’t even hear the girls introducing themselves, so we left after a few minutes.

Tani Marika (Lane 15) I didn’t realize it when I bought the ticket, but it was Tani’s birthday. Great, that should have her in a good mood. And I’m glad I realized it before I met her, otherwise there might’ve been hell to pay. Her queue was not long, but she came out a little bit late. When it was my turn, I wished her a happy birthday. She thanked me. Then I asked if she was genki (She was) I then told her that I would be starting a new job soon, and she responded by giving me an “omedetou” and a “faiting!” It was good to see her in high spirits, although her eyes looked a little tired.

Unfortunately I didn’t stick around for this

And with that I went to lunch. There is a new Pizza-LA express in Pacifico, but unfortunately it wasn’t open. Instead I went across the street to Queen’s Square which has tons of restaurants. There was a random idol group outside of Pacifico handing out flyers, but they ignored me, and I didn’t catch their name. I also checked out the goods queue, which was gigantic The only thing I was mildly interested in was the ticket holder, but I already have a bunch of them, so I didn’t queue up. I also wanted to see which costumes they had on display. They were from the new single. 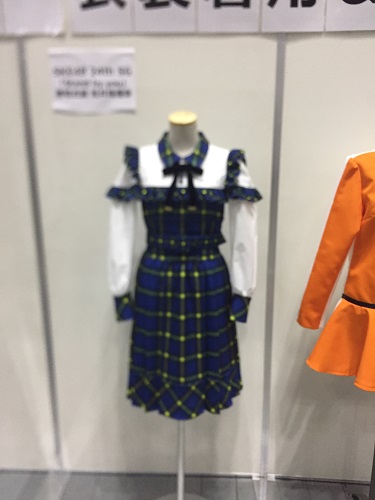 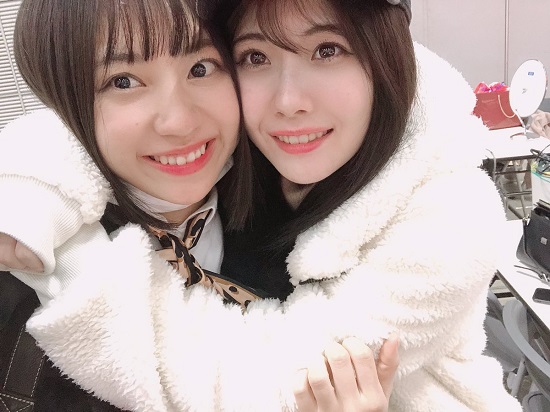 Hidaka Yuzuki (Lane 9) I wasn’t originally planning to use this ticket first, but her line was so much shorter by comparison I figured I would get it out of the way. Kaotan’s lane was just two over, and I had a clear view into her booth. I watched her give her usual ‘instructions’ to the staff before she opened her lane. Luckily she didn’t notice me staring at her. Anyway, Yuzuki eventually came out and when it was my turn, took my hand at first not noticing it was me. It took her a second to go “Oh, hisashiburi!” Like with Kaho, I told her I liked the MV, and additionally told her that I was specifically looking for her closeups when I first saw it (this is actually true) Interestingly, Yuzuki sometimes repeats my Japanese back to me in English translation, like she is showing me that she understands what I am saying. She has often tried English with me, which I do appreciate, even of I try to speak Japanese exclusively at these events.

That left me with my two Kaotan tickets, which were actually for two different slots. However, they were for the shorter “B” slots, which are only an hour long, as opposed to the “A” slots which are 90 minutes. It was already 15 minutes into the slot when I queued up, and she had a pretty big line, so there wouldn’t be too long a wait in-between tickets.

Matsumura Kaori (Lane 11) <2 tickets> The lined moved slowly since Kaotan takes as much time as she likes with each visitor, which is why I never bother using more than one ticket for her at a time. Finally it was my turn; “Thank you for coming Kurisuuu” I told her that I am starting a new job, to which she had a ton of questions. She told me she knew the company, and asked what type of work I would be doing. Interestingly, I had the same conversation with Wasamin on Christmas Eve, but in two weeks I had forgotten the Japanese description of my job. She asked if I was going to be an engineer. Uhh, no. I told her I would tell her later. As I was leaving she asked if I had heard of her solo concert. I told her that I knew about it, and I would see her again in a few minutes. 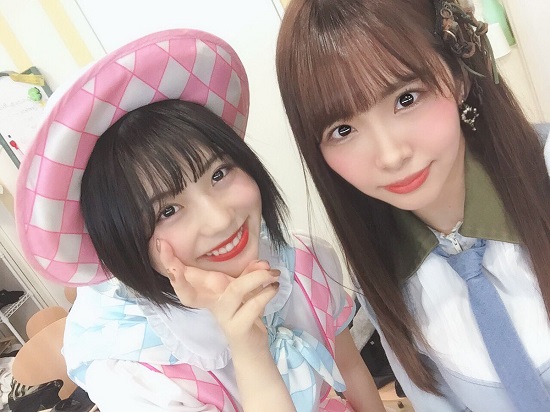 (second ticket) I went outside to pre-queue for the next slot. There was only one person waiting, so I would be second in line. However, her queue for the previous slot was still big, and went 10 minutes into the next slot. In the meantime, various people were trying to jump into the queue, but staff kept telling them to wait. (SKE does this weird thing where they “open” the lanes, but you can’t go in until they announce the lanes open on the PA) A few people started milling around at the last minute, but I still got in second. When Kaotan finished with her previous slot she waved to us and told us she would be back in a few minutes.

She wasn’t gone long, so when she came back I was armed with my full job description, so now she knew what I would be doing. I then asked her about her Solo Concert. I confirmed it was at Sonic City, and that it was on a Tuesday. She was like “It’s Tuesday, really?” I think it’s Tuesday. (I checked later, it is) I said I would do my best to go. 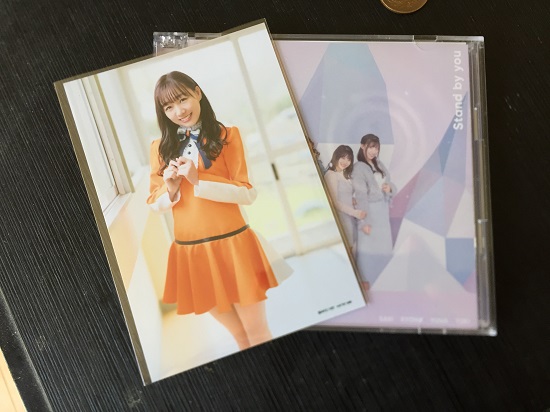 And with that I was done. Before I left I went to the Tower Records table to buy a Type-D version of the single, which is the one with Kaotan’s solo song on it. And I got a Dasu pic. Not bad. As for Kaotan’s concert. I don’t know if I will be able to attend. It is going to depend on the curtain time for the concert. If it begins at 7pm, I can go. 6:30 would be pushing it, and any earlier will likely be a “no-go” I hope I can go. I will see Kaotan again at the AKB handshake event the day after request hour, so we can talk more about it at that time.