Back in my early days of being an AKB48 fan, I randomly applied for their very first Request Hour concert.  I had no idea what the concert even was.  It was held at Shibuya AX, which was a relatively small concert venue.  It was standing only, which meant your entry number dictated how close you were to the stage.  I purchased my ticket from a re-seller…for 2500 yen!  Most fans gasp when I tell them that story.

Little did I know at the time that this event, the first major AKB48 concert I ever saw, would become iconic for so many reasons.  Not only was it the beginning of a concert series that would become a cornerstone of AKB48’s legend, it also happened to be the concert where Meetan whipped off her trenchcoat during the performance of ‘Blue Rose’ and revealed her Gold Bikini underneath; a truly historic moment in AKB48 history.  And I was there!

Eleven years later, and after four years straight of applying, and getting skunked on every Request Hour concert I tried for, I finally won!  For me this was a huge victory.  It was it the first AKB concert I had won via AKB48’s ticket center in quite a while, and for an event I have historically loved due to its unpredictability and numerous magical moments.  Granted, I do feel that Request Hour has lost some of its magic due to the way the voting has become a bit more political in recent years, not to mention predictable.  This is why when I applied this year I only applied for the second and third shows (75-51, 50-26)  I couldn’t make it to the first show due to scheduling, but I really had no interest in the Top 25, where the setlist would surely be filled with songs I don’t necessarily care about.

Late Wednesday night I finally received the email stating that the tickets were ready for pickup, so the next morning I walked over to 7-11 to pick mine up.  TDC Hal is not too big of a concert venue, so the chances of getting a decent seat were very good.  When I received my ticket the first thing I read was “Arena.”  Cool, I was on the floor!  Glancing to the right; Row 8, seat 23.  8th Row Center!  This was shaping up to be even more awesome than I imagined.

It was the early show, so doors opened at 10 a.m.  However, I live so close to Tokyo Dome that I didn’t even bother leaving the house until 10:15.  I was in front of the venue 20 minutes prior to the show, and leisurely made my way to my seat.  It was an excellent spot, close to the stage.  Hopefully some of my favorite members, like Kaotan, or Yukachan, would see me cheering for them during the show.

Now I’m not going to do a play-by-play of the entire concert.  Instead I will give you a sampling of my favorite highlights and notable moments…

Oguri Yui did the kage-ana, which was fairly standard.  Except she forgot to mention her name at the end.  She retued to the mic around 20-30 seconds later to say “Oguri Yui deshita!”

The main stage setup was standard for a Request Hour concert.  However, there was a second stage setup at the rear of the arena, even with the 1st Balcony Level. They performed at least 5 songs there, including Nakibesu Kaku Made, Date Twintails, Cross, Koi Yori mo Dream, and Niji no Tsukurikata. On a couple of the songs those members ran through the arena level audience as well.

When the NGT48’s  Gikochinai Tsugaku Densha ranked in at #74 you could almost feel a gasp go through the audience. Like “Oh shit, here they are.” There had been some rumors that in the first show (100-76) people turned out their lightsticks when the NGT girls took the stage.  I took a look around when the song started, and it seemed like some people did indeed put their lightsticks down  But if you looked at the crowd as a whole, it wasn’t noticeable. At the end of their first song people cheered. I thought I might have heard a couple of boos here and there, but they could have been something else, so don’t quote me on that. On the other hand, it seemed like whatever tension there might have been was pretty much gone during the later NGT songs. And there were plenty of NGT fans in attendance, including the two guys sitting to the left of me (I had HKT fans to my right) 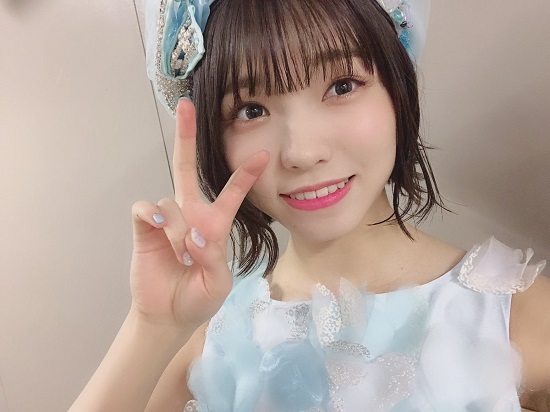 #73 Junjou Soda Sui: Takahashi Ayane sang this song solo.  At one point a couple years ago I considered making her my favorite Team 8, but then decided to not force myself to not try to oshi someone unless my heart was completely in it.  And to be honest, the first time I met her at a handshake event I didn’t really feel any magic connection.  If a Team 8 member is to catch my fancy, it will be more organic than that.  As for the performance, Ayane was unfortunately really off-key through most of it.

I was rooting for her to kinda rally, but it just didn’t happen.

#70 Otona no Sekai  with Tani as center.  Looks like I came to the right show; one of my favorite members’ signature songs got performed.  That wouldn’t be the last one though…

First MC: This is when the members first began sitting on the stage risers. There were a lot of interesting goings-on back there throughout the show.  Yukachan and Bibian were both standing/sitting in the first row on the right side, Bibian still wearing her cute green costume from #69 Wakariyasukute Gomen.  This was also where Murashige, Chori, and Sasshi were positioned.  Needless to say, there was a lot of nonsense, jumping around, dancing, and reacting going on in this area. 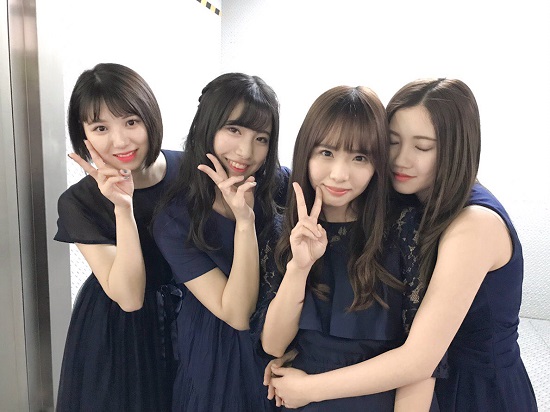 #66 Sandal ja Dekinai Koi  Once again, it is a great day when a song one of your favorite members is center for gets performed.  This of course is Kaotan’s Undergirls song from the Sentimental Train single.  And once again, this wouldn’t be the last personal surprise I would have. 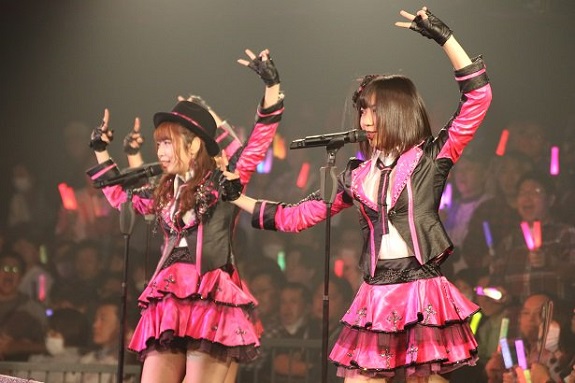 # 63 Cross. This was the most dynamic performance of the set by far.  Not only did the crowd go crazy, the girls on the risers went absolutely bananas.  Cross was sung on the backstage, and at one point Sasshi came out to the middle of the main stage and started pretending she was singing the song too.  It’s just such a great song.  Not to mention Hidaka Yuzuki was part of the unit, so again seeing my fav members up there rockin’ out makes me happy. 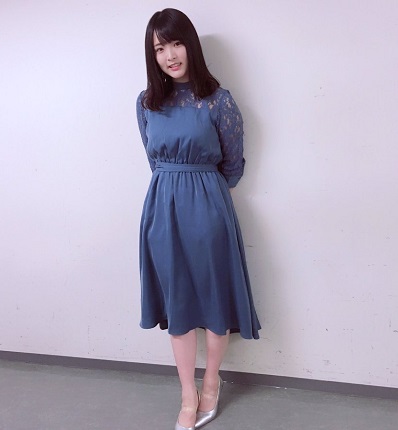 During Omori Miyuu’s Romance Kakurenbo (#62) in seemed like half the girls on the risers were pantomiming the song, complete with all the hand-motions. The cameramen shot two angles of Miyupon singing, with the sitting members behind her completely in sync with her, it was really cool.  Oh, and Miyupon nailed the song, which shouldn’t be a surprise since she is one of the better singers in AKB. 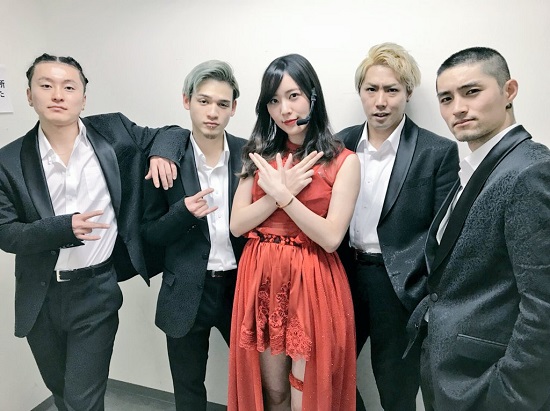 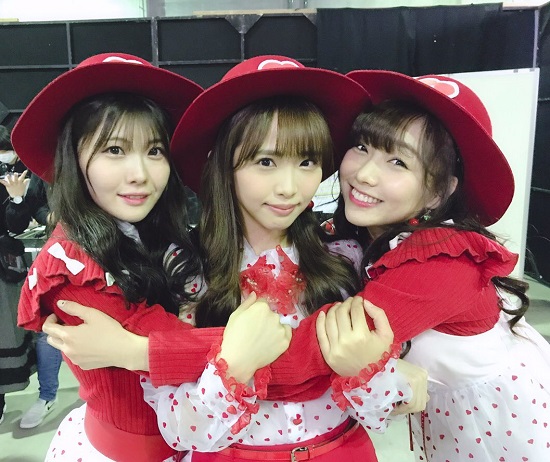 #60 Koi Yori mo Dream There it is!  This is the reason why the universe let me win this show.  I didn’t vote for this song, but it is on my shortlist of songs I consider voting for each year.  Any chance to watch Kaotan, Tani, and Dasu goofing around together for a few minutes is time well spent, as far as I’m concerned.  BTW, toward the end of the song the three of them began fighting to get their face in front of the camera.  It should be an interesting scene when the DVD comes out.

It was during Kubo Satone’s MC that Dasu and Kaotan sat down on the risers directly opposite of me.  Kubo’s MC was sort of a comedy bit, involving Murashige, Chori, Kaotan, and another girl I am not sure of who did impressions. Kaotan was great though, and just refused to buy into the bit.  It was during this MC that I was desperately trying to get Kaotan’s attention.  Eventually I got somebody’s attention…Dasu.  It was cute though.  She waved to me, but I wasn’t sure if it was me she was looking at, so I pointed to myself; “Me?”  She shook her head yes and gave me a heart gesture.  I’ll take it. 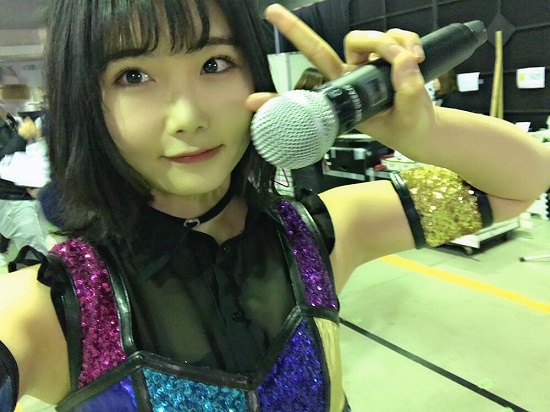 #54 Koisuru Ribbon  My third personal highlight in the show.  It was my one chance of the day to see Yukachan actually perform, and the song is completely adorable after all.  Interestingly, Yamane Suzuha (Zunchan) also remarked on Twitter that she loved this performance, and when I saw her the next day at the handshake event, I told her that I agreed.

The final MC featuring NMB48 was also interesting.  They were showing some sort of PB made for Umeyama Cocona, or does she make it herself? I’m not sure, but it was quite cute.

#51 STU48’s Pedal to Sharin to Kita Michi received an enthusiastic reaction from the audience.  I think everyone was happy to get a chance to see STU perform.

There were three songs in the encore; NGT48’s 4th single, Koisuru Fortune Cookie, and Shoujotachi yo.  The KFC Encore was sort of a Murashige Anna tribute. Instead of saying “onigiri, onigiri” everyone was saying “Murashige Murashige”  I believe she was the show MVP or something?  It was a bit of of a goof, similar to what they did for the last show with Iriyama Anna. 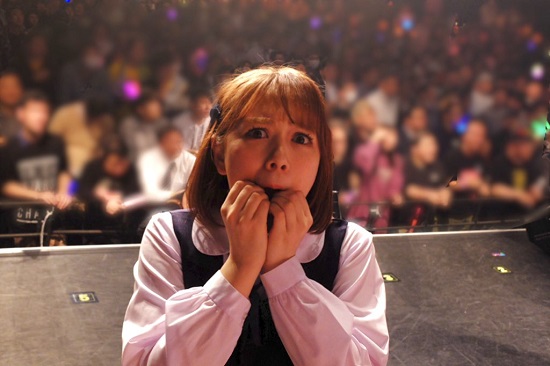 I didn’t have time to take photos of the flower stands in the lobby, since they place them in an area it is hard to stop and get a clear shot of unless you go out there in the middle of the show.  It did seem like quite a few of them were specifically for Nakai Rika, at least from the ones I saw.  I found that interesting.

I must admit, this was the most fun I have had at a 48-group concert in quite a long time  It was also the best seat I have had for a 48-group concert since forever.  When I think back to all the 48-group concerts I have attended over the years, the seat definitely has a correlation with how much I enjoy the show.  This is why I always say that I hate Dome and Stadium concerts.  While there are few ‘okay’ seats, most of the time you need binoculars, and the sound is usually horrible.  TDC Hall is a small venue anyway, but my seat was close enough where I may as well have been at a theater show.

One issue I have with Request Hour. well…it really isn’t an issue at all.  It’s just that there are so many songs in the 48-group catalog now, that many of the songs performed I really don’t know.  Many I have only heard once, and a couple I had never heard of at all.   But still, their traditional Request Hour format performed in a relatively small venue is reminiscent of their early years, and that aspect was best of all…for the exact same reason that I still say the Theater is the best part of AKB.