With some free time, and in honor of the release of Wasamin’s 5th concert DVD, I decided to list some of my favorite cover performances Wasamin has ever sung at her concerts. Despite the DVD/Blu-Ray being released over two weeks ago, I still haven’t purchased a copy.  Why you ask?  Well, Wasamin has been busy with so many other things that she hasn’t had much time to do many mini-live events.  In fact, the only promotional event she has done so far for this release was last weekend in Osaka.  However, she has three events coming up on the next three weekends; this Sunday in Chiba, the following weekend in Nagoya, and then two weeks from now in Hiroshima.  My plan is to buy a copy of each version on Sunday, and also score the promotional poster which they are offering as a giveaway. 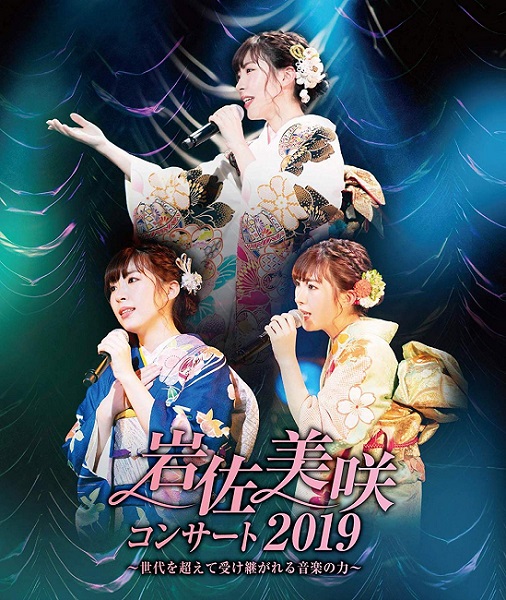 This isn’t a ranking, it is more of an ordered list by year. So here ya go, my Top 10 Wasamin concert covers. BTW, I also note which DVD concert you can see them performed…

1. Anko Tsubaki wa Koi no Hana (1st Concert 2016 Asakusa) I think Wasamin answered a lot of her early critics with this mature performance. I remember thinking “Wow, she is more advanced as a singer than I thought” when I saw this for the first time. I have mentioned to her a couple times that I would love to see her record this on a single. However, she has only performed it 1-2 times since.

2. Koisuru Natsu no Hi (1st Concert 2016 Asakusa) I had trouble deciding between this song and another, but this performance is memorable for one important reason. If you watch the DVD she inexplicably begins crying on the first bridge of the song. I asked her about it a few days later (already suspecting the reason) and she confirmed it was at that moment that she first spotted her parents in the audience.

3. Watashi no Kare wa Hidarikiki (2nd Concert 2017 Asakusa) Now I could simply say that I love this song since I am left handed, and she is basically singing that she loves a left-handed guy. But there is another reason this song is a standout among all her covers, if you read the next entry…

4. Niji wo Watatte (2nd Concert 2017 Asakusa) Both this song and “Hidarikiki” have become notorious among the Wasamin fans as the “chant” songs. (Natsu no Tobira is another) That is to say there is a spot in the verse of each song where the fans scream her name. Since the concerts, she has chosen to perform both of these songs quite often at her mini-live events, since I think she really gets how they both rev her fans up.

5. Gakuen Tengoku (2nd Concert 2017 Asakusa) Wasamin has performed a lot of J-pop classics at her concerts; UFO, Koi no Dial 6700, Pepper Keibu, Sailor Fuku wo Nugasanaideamong them, but this performance was a total show-stopper. Her energy was over the top, and it raised the audience tension to peak level.

6. Misaki Meguri (3rd Concert 2017 Otemachi) To begin with, the song is absolutely beautiful. Second, Wasamin does a great job with songs originally recorded by male artists. But yeah, the sentimental theme of this song is enough to bring a tear to anyone’s eye. Unfortunately only part of the song is featured on the concert DVD, but it is also used as background on the “making of” video at the end.

7. Ginza Kan Kan Musume (3rd Concert 2017 Otemachi) One of the songs she debuted at her monthly Challenge Stages in Chiba. It’s another cheerful fan-favorite that she performs quite often these days at her mini-live events, and she always looks like she’s having so much fun singing it too. Not to mention I can no longer pass through Ginza Station without thinking of Wasamin, as this song is also the train jingle at the station.

8. Goodbye My Love (4th Concert 2018 Ebisu) If you want to hear Wasamin sing the verse of a song in English, here’s your chance. (it doesn’t happen too often) It is a pretty ballad, but what I love the most about the song is that she always makes a big deal out of it with me after she sings it, as if it is “our” song. And she will always ask me how her English sounded. Adorable!

9. Fuyu no Riviera (5th Concert 2019 Kinema Club) Aside from this being another song originally recorded by a male performer, there is a not-so-subtle difference between the original and Wasamin’s version. I think perhaps it is sung in a different key? I’m not sure, but I really like her version, and apparently her managers do too since it will be a c/w track on the re-release of her 8th single.

10. Genki wo Dashite (5th Concert 2019 Kinema Club) I originally had Rouge no Dengon placed here. But after watching the concert again, I find this acoustic pop song a lot more impactful, and a lot more memorable. It is truly a beautiful Wasamin performance.

BTW, I found this on YouTube, from a recent TV appearance. Wasamin performing Goodbye My Love…

As I mentioned above I will be attending Wasamin’s event in Chiba this Sunday.  I will also be going to her ‘Big Echo Employee for a Day’ event in Sangenjaya on Saturday, so this weekend will be filled with Wasafun!