It has taken a while for me to sit down and write this, as I have been enjoying watching the performance so much.  That performance is SKE48’s Team S and their first original stage “Te wo Tsunaginagara” There hasn’t been too much video of the SKE girls around, so other than a couple performances at AX and NHK this was the first chance I had to take a good look at them…

They far exceeded my expectations! 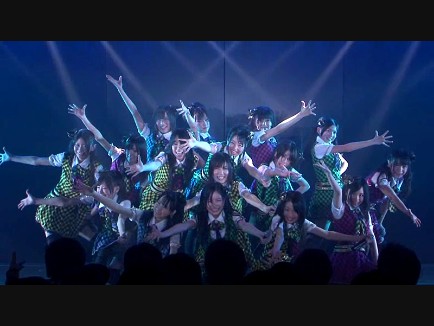 Team S is adorable!  They are a very young team, but their onstage exuberance is infectuous.  And the material Akimoto-san has written for them is top notch.  There are quite a few songs here that I would classify as “awesome”.  In many ways Team S is a lot like Team B one year ago.  An upstart team, not much respect in the idol world.  But for those in the know, they are like a hidden gem.  So if you haven’t gotten a chance to check them out yet, here is a review coupled with a few choice shots to introduce you to the world of SKE…Yatta! 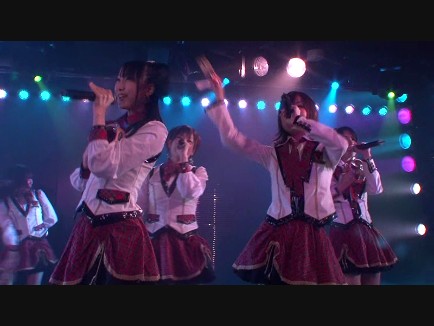 I mentioned that Team S reminds be of AKB48’s Team B.  But watching them perform, they are a lot like Team K.  Perhaps it is because this stage reminds me a lot of K4.  Bokura no Kaze is a great song to start the show.  One thing I have been disappointed with lately is AKB’s choice of opening numbers.  This song gets the crowd going right off the bat!

I absolutely love this!  although at first I thought the horns in the song were kinda goofy.  But the song really takes off, especially in the chorus.  The dance they do is great.  I especially love the little butt shake they do in the verse. 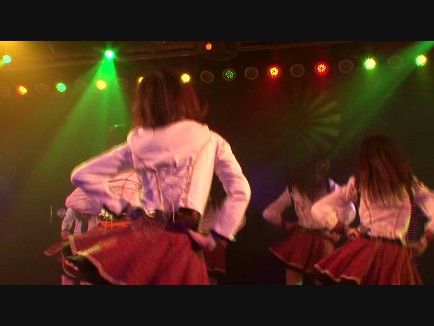 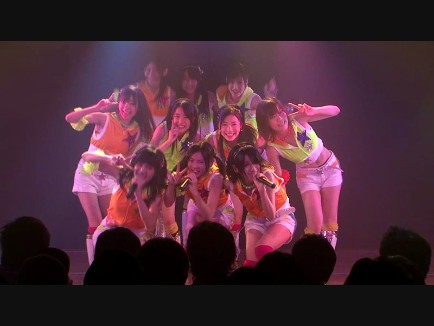 As for the title song, Te wo Tsunaginagara is so K4!  Kind of a rock feel.  It reminds me of Saishuu Bell ga Naru and K4’s awesome opening set!  In fact this opening is on par with it.  And I enjoyed the dance moves during Chime wa LOVE SONG.  I want to give props to the choreographers.  AKB48’s dancing has gotten a lot better in the current stages.  And these routines are full of energy!

So far so awesome.  And Matsui Rena was the star of the first MC.  She is so crazy!  Writhing around and crying during her intro.  I wanted to yell “Domo” at her to see if she would raise her hand and say “Ai~n!”

Unit set  (where we get to learn a little who is who!) 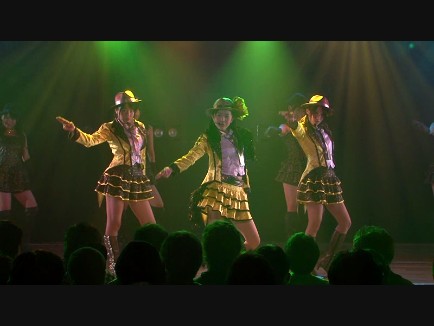 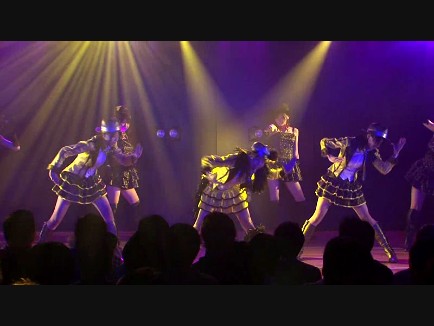 I was really excited to see Team S broken down into smaller units.  Maybe I could learn who some of these girls are other than Jurina and Rena.  The lead song, Glory Days, is IMO the best song of the stage.  A totally awesome anthem.  I loved the “choir” styled background vocals.  This so deserves to be performed at AX next year!  All three girls are great, and I am beginning to understand why Jurina gets so much attention.  She is so energetic and totally deserves her spot in the front. 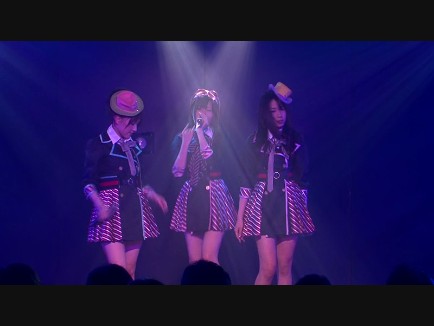 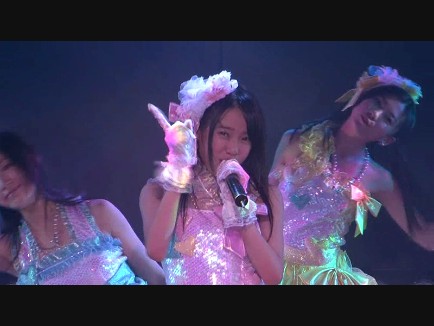 Kono Mune no Barcode was the first song I didn’t love.  It is kinda sexy, but the costumes aren’t.  They are kinda boring.  Wimbledon he Tsurutette is the type of “cute” styled song that Erepyon usually gets put into.  I really enjoyed Takai Tsukina (in pink), she has an adorable smile.  Ame no Pianist is a lot like Renai Kinshi Jourei or Junjou Shugi, and it totally out-sexy’s “Barcode”. 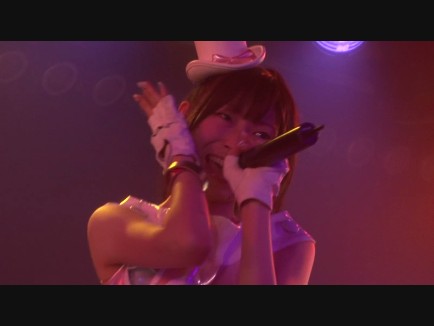 But aside from Glory Days, the unit song I loved was Choco no Yukue, which is even cuter than “Wimbledon”  Oya Masano is another new SKE favorite of mine, and Hirato Rikaka gives me a Matsubara “vibe”.  I love the presento props, and the little hats are adorable!  This was a great set of unit songs, although I liked some better than others.

Team S turnes it up a notch… 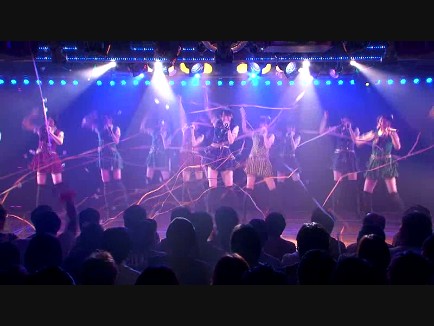 I am sure the girls were pre-recorded for the show, but the leads in the first verse of Innocence were amazing!  I loved the opening verse, but the song became sort of formulaic after that.  I laughed when I saw the title Romance Rocket, which sounds a lot like “Dear My Teacher”.  It is a cute song, but that “Oh Yeah” voice in the background is really creepy!  The “live from NASA” sound effects were an interesting choice.  I’m not sure if I liked it, kinda weird.  The countdown part was cool.  And I like the song overall.  It has really grown on me with each listen. 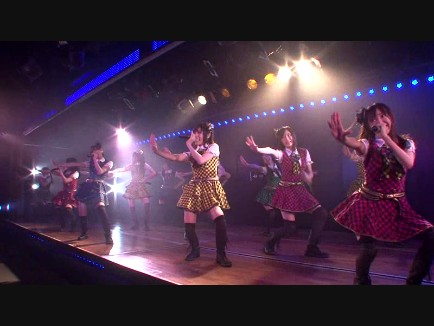 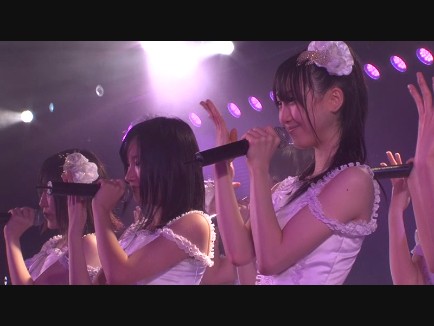 I am so impressed with this stage.  The songs are teriffic!  Koi no Keikou to Taisaku is so happy and cute, and has a retro-70’s Disco feel to it.  The main set end with your standard ballad.  I suppose Daisuki is a nice song.  It just isn’t my cup of tea.  But the three songs preceeding it were among the best of the night! 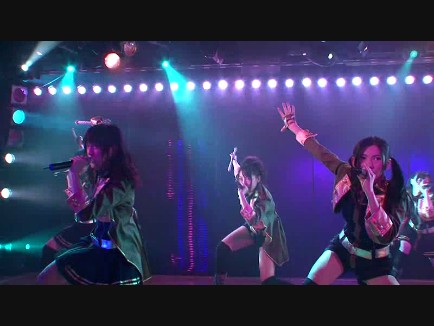 What I found remarkable about the encore was that is very easily could have been the opening set.  It is full of energy and rock-style themes.  Rope no Yuujou is another song that sounds like it could’ve come from K4.  The costumes a very hot.  The girls look great in black.  This and Kayoubi no Yoru Suiyobi no Asa are the two biggest “rockers” of the entire stage. 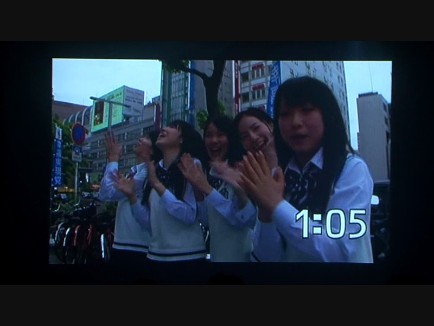 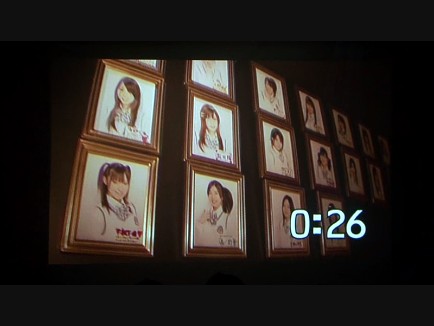 For the final MC before the end they showed a promotional video tour of the SKE Theater and the surrounding businesses.  It is a really cute video, and the theater looks really nice.  Although the surrounding neighborhood looks a lot more “stylish” than gritty Akiba, with plenty of brand name stores in the immediate vicinity. 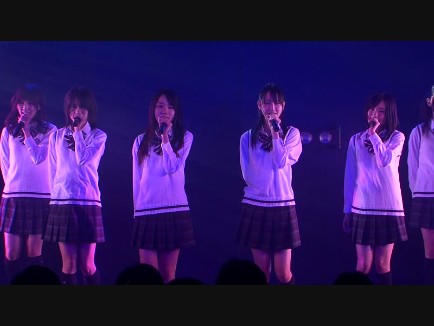 Tooku ni Ite mo is Team S’ ending ‘lullaby’.  It is quite the departure from the rest of the stage, which is really peppy!

What can I say?  I was totally impressed with the performance of Team S.  They are such a cute team.  The songs here are amazing.  They have come a long way in such a short period of time.  I hope they get more chances to perform in Akihabara and (gasp!) at the Theater G-Rosso.  And judging by that introduction to the theater, it would be so worth it to make a trip down to Nagoya to see them on their home turf!  My top 5 songs of S2…

I am now proudly under the “SKE spell”.  They are great!