After a fun afternoon with Wasamin in Tokorozawa, it was time to do it all over again. This time I would be heading north on the Nakasendo route to Kumagaya, and a mall I have visited a few times before. Nittoh Mall is located in Saitama Prefecture along the Takasaki Line route, around 30 minutes past Omiya. Since I live semi-close to Akabane Station, it makes for an easy ride, especially if I can get on an Express Train. Not to mention the mall is connected to the JR Station. Well, not directly connected; you need to walk through a few corridors and through another small mall, but you technically never need to go outside. I was running a little late and concerned about getting there on time. Fortunately my bus to the station arrived a bit early, and I was able to make the Express Train and get out to Kumagaya with over 30 minutes to spare.

Like on Saturday, this was a one-performance event as opposed to when she does two at each location. (Jeez, I remember the good ole’ days when she would do three performances at each venue!) It turned out she was sharing the stage with a new boy band called TFG, who did two performances earlier in the day to promote their debut single. The only other time I remember Wasamin sharing a stage with a boy band was over three years ago when I saw her at Shimotsuma, and she was alternating performances with a group called exist†trace. By the way, I looked them up as well, and they are still performing, although their image has drastically changed since I saw them. But back to Wasamin… 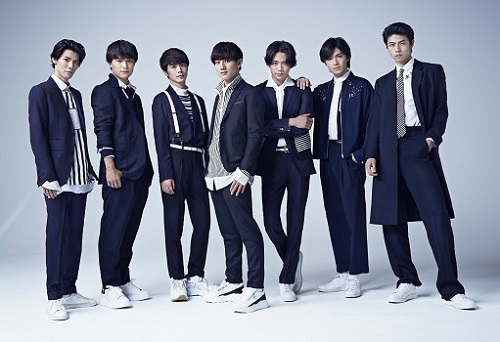 There were plenty of seats available when I arrived, but I instead decided to fill out a pre-order form and queue up to make my purchase and get handshake tickets. The guy manning the sales booth was a bit slow, causing the line to become extremely long. Eventually they had another staff member help him, and the line began to move much more quickly. In any case, I made my purchase of three CDs, and now I have three of each new version of Wasamin’s re-release coming to me in the mail.

Once I completed my purchase I debated grabbing a seat, as there were still a few available. But I decided to hang out in the back with most of the Wasa-Happi crowd. It’s a small mall, but there were plenty of people there, as well as lots of people watching from the 2nd floor rafters. At 5 p.m. Wasamin took the stage. Her setlist:

Wasamin wasn’t sure whether to say “Konnichiwa” or “Konbanwa,” so she took a vote. Although she ultimately said both. She also commented on this mall being a regular stop on her mini-live schedule. Yes, I know. I have seen her there many times, as well as Minyo Girls, Hayabusa, and I know Mizumori Kaori performs there too. It is definitely on the Nagara Group shortlist of performance venues. It’s a good size stage and spacious viewing area right in the center of the 1st floor. Those of us wearing Happi coats in the back were garnering a lot of attention from the locals, especially during the song calls. But I also caught quite a few people looping behind us to see what she had written on the back of our coats. Later on she asked if anyone was going to the beach for Marine Day (Beach? In Central Saitama???) It was her queue to invite people to her Monday event, instead of the beach of course. After the performance I immediately queued for my first of two visits. I decided instead of doing a vertical 2-shot, I would ask for a horizontal close-up for a change…

Wasamin immediately noticed my Matsumura Kaori T-shirt, and I told her it was from her concert. She said that she was happy that I was coming to all the events this weekend, and that she is enjoying spending the weekend with me. (my heart melted from the way she said it too!) I basically responded I was happy to come out to Kumagaya to see her, and that I am continuing to work on solving my employment issue. Wasamin gave me an encouraging “Faito” before I left the stage. I decided to grab a cup of coffee and relax for a little while at the adjacent cafe before using my last ticket.

Since we were on the subject, I decided to relate a Kaotan story to her. But which one would I choose? Before I figured that out Wasamin asked me if I was hot, noticing the perspiration on my brow. I said it was nothing compared to the previous day’s event, which she wholeheartedly agreed with. Anyway, I decided to tell the story about when I went on Wasamin’s bus tour to Shizuoka, and the following weekend Kaotan told me that she saw all the pictures from the event, including the ones with me in it. That was also the time when Kaotan asked me if she was my ni-oshi, conceding that Wasamin was my true oshimen. Wasamin then asked who my kami-oshi is. Huh? Like she needs to ask? I told her of course she is my #1 girl. She then countered that she sees me talking about other idols on Twitter sometimes. But I told her that they ALL know that Wasamin is #1 in my eyes. She seemed satisfied with that. And truthfully she knows she is my #1. She was just playing with me a bit.

After that I did a little window shopping before sitting down for the end of the event and Wasamin’s farewell. I couldn’t figure out if the group was planning a dinner, or just train routes, or what. So I eventually excused myself to catch the next train back to Akabane. We have a post-show party planned for Monday after her mini-live in Ibaraki. And then next weekend is her boat cruise event. So that should be a lot of fun!