After another series of crappy cancel machi numbers in June and early-July, I found a big surprise in my email box on Monday while out drinking with a few of my Wasafan buddies. I knew it wasn’t going to be another horrible number since this was the Twin Pillars application round. Sure enough, it was a cancel machi, but this time I got #53. Yatta! Uhhh, huh? #53 for Twin Pillars? Is the ticket center staff trolling me now? Twin Pillar cancel machi had traditionally been 1-50. So I asked around, and apparently it now goes up to #60, which also might explain why my average cancel machi number via ippan this year has been higher than in previous years. But no matter. I had #53, and it was a kenkyuusei show. No birthday, no special events, so the chances of my getting in were extremely good.

Sure enough, when I woke up the morning of the show the cancellations on the ticket center were already up to #35. The incoming storm may have had a bit to do with it, but I’m not afraid of a little rain. I had a few errands to do in the afternoon, and arrived in Akihabara shortly before 5 p.m., and by then the cancellations had hit #50. So I knew I was good to go. Not only was I getting in, but I was surely going to be in the seat lottery for a change. I arrived 10 minutes before cutoff, stored my bag in a locker, and waited near the ticket counter for my number to be called. They had already let in #51, so I was second in line. The staff called my number, and I queued up for my ticket. For some reason the ticket girl had an issue with my I.D. (I think the middle name) but it was ironed out quickly, and I received ticket #229, last in my group. I stood in hope for an early #220-229 call…. 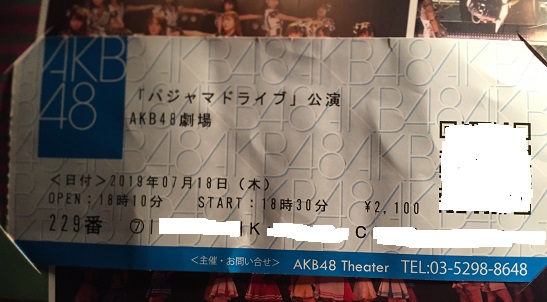 I’ll spare everyone the suspense. My group wasn’t very lucky at all. I lost count after a while, but I think we were the 16th or 17th group called in. (out of 25) All the seats were taken, as were the spots on the railings. I ended up grabbing a spot in the center standing area where I had one guy’s head blocking my center view, but I could see most of the stage. At the end of the day, I really had no control over my lottery number, although the one thing I was hoping was that group #230-239 wouldn’t get called in before us since I missed being in that group by one. Ultimately they ended up with a worse draw than us. At the end of the day, this was my 52nd theater show, (score-a-rooni!) and I have to think by now I have seen more kenkyuusei shows than I saw SDN48 shows back in the day. 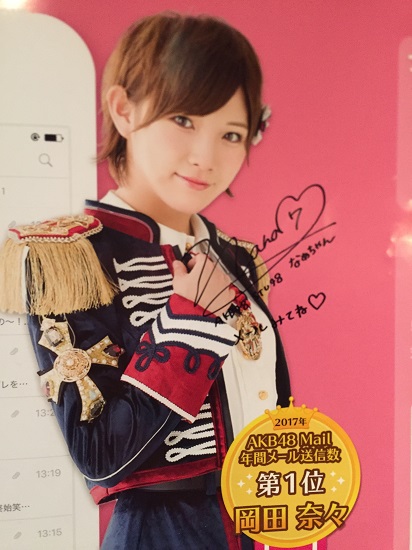 I’m not sure who did the kage-ana. Most of my favorite draftees were in the cast; Ran-chan, Sora-chan, Sena-tan, Sato Shiori. Otake Hitomi was out. Zunchan, who sometimes participates in this stage, was also out. However, the surprise member of the cast was Kitazawa Saki, who hasn’t been a kenkyuusei since 2013. I guess she was getting some extra work, or perhaps filling in for Hitomin. Whatever the case, it was nice to see her perform since I used to kinda like her back when she was a new member. 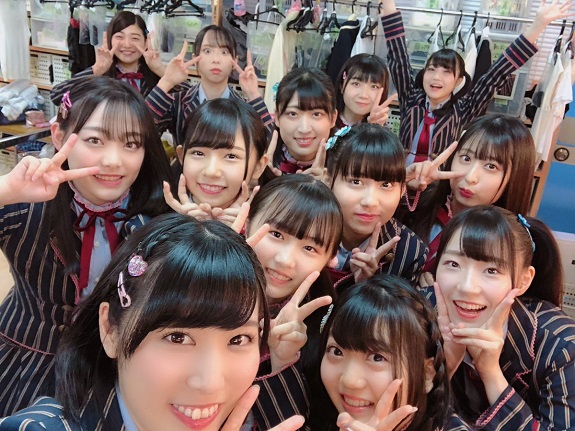 A few of the members were shuffled around for the back half of the unit section. I wasn’t the least bit surprised to see Saki performing the center position for Junjou Shugi, but I was extremely surprised to see Honda Sora in Temodemo. So who would be the center for Jean d’arc? The moment I saw Okada Rina running out with the flag I thought “Yeah, that makes sense. She can pull off this role just fine.” However she was completely gassed by the end of the song and had passed on running the MC, asking Tada Kyoka to take over for her. Of course my favorite unit to watch is Pajama Drive, since Ranchan is in center position, flanked by the two Satos (Shiori and Minami) That song is a total cheerfest for me.

“OTHER” MEMBERS I NOTICED 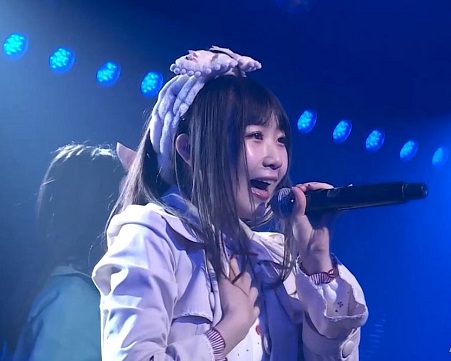 This is usually where I talk about how I noticed my favorite members of the third gen draftees, and I DID notice them, especially Kobayashi Ran since I pay attention to her whenever she is somewhere in my sight line. Ranchan was up to her usual antics, playing grab-ass (literally) with various members, and spending a lot of time in the center position. She also led an MC toward the end, where she instructed everyone to say something they love about the person to their left.

Kitazawa Saki: Of course. I mean she was the old veteran within a group of newbies. She got a huge ovation as well when she introduced herself. I think the fans really appreciated her participation in this stage. And she was probably wondering “where is all this adulation during the Team B shows?” Personally, I thought she fit in with the rest of the members just fine, and did a good job centering Junjou Shugi.

Saito Haruna: I usually think of her as kind of shy, and lacking in energy. However, she was really working the stage, and did a great job as the 2nd lead on Jean d’arc. That song takes a bit of chutzpah to pull off, and I think she performed it admirably.

Nagano Megum: I have noticed her before since she has such a memorable stage intro, but I never noticed her on the level I did tonight. She just seemed to be in a particularly genki mood during the entire stage. Kyoka was poking fun at her intro during one of the MCs, which turned into a cute bit.

Homma Mai: Could it be that this 16th gen member is finally ready to take the next step. It’s the first time I have watched her where she didn’t seem like she was lost on the stage. She looked very graceful, including her performance in Temodemo. And, of all the members, including the girls I know and interact with regularly, she gave me the biggest reaction out of everyone during the post-show greeting.

As for the rest of my faves, Sora-chan and Kyoka were great as usual. Sena seems to be working really hard on her genkiness, which is nice. Sato Shiori seemed more demonstrative and intense. However, Satomina seems to disappear in the crowd a lot, which might be why she hasn’t been promoted yet. 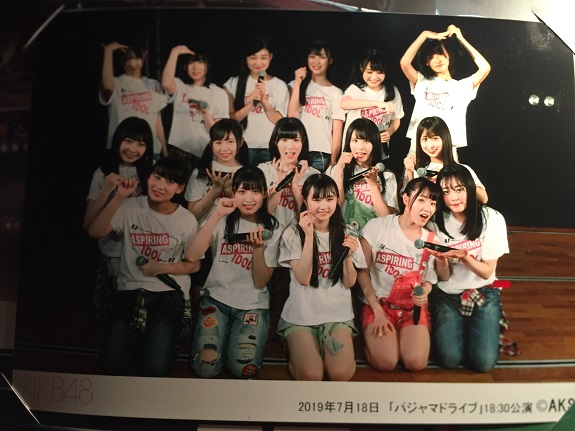 They took the group photo just before the last song. I was watching Ranchan, and she made a cute face for the first shot, and a goofy face for the second. I was hoping they would print the first photo for purchase, which they did. Unfortunately I wasn’t in a very good position to be noticed by the members during the show. I thought I saw a few members looking my way at various times, but nobody ever made any overt gestures to me. Of course Ranchan, Sora, Shiori, and Kyoka all gave me kami reactions as I passed them. But as I mentioned before, I got the biggest surprise reaction from Homma Mai. Like I said, I think she is finally taking her image to the next level. I left the theater and immediately queued up to buy a photo pack. Since they took the group pic so late, they didn’t have time to put the packages together so they gave me everything separately. And with that I grabbed my backpack and took off.

So we’ll see if this good cancel machi number is the beginning of a trend, or if I will go back to getting really high numbers like before. Either way, it seems like even when I lose I usually draw a yellow-tipped chopstick for the post-show greeting, so all good.