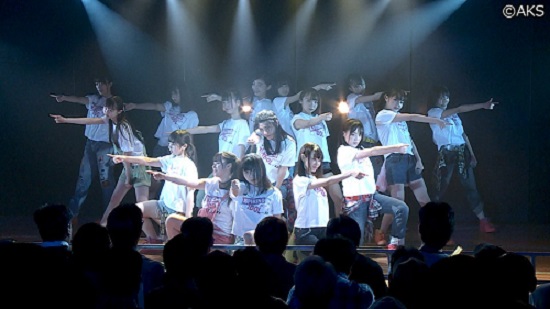 Since my last win three weeks ago, where I surprisingly won cancel machi via Twin Pillars, it has been two crappy ippan cancel machi elections in a row. Last Thursday I was surprised to get an email for the Kenkyuusei Stage that Yukirin was appearing in. However any hopes of actually getting in were dashed after I opened the email to see I had cancel machi #144. There was no way in hell I was ever going to get into that stage with that bad a number. Still, I planned on going to Akihabara anyway. Heck, I could still draw a stick for the farewell ‘high touch’ if I was lucky. But I ended up screwing that up by failing to notice it was a matinee stage, and didn’t realize my mistake until after the show had started. As expected, the cancel machi only went up to #67. So I saved myself a trip to Akihabara…

Flash forward to this week. My plan for Thursday was to attend Wasamin’s mini-live in Kasai in celebration of the special edition of her 8th single. That was until I received another cancel machi email, this time for the Thursday afternoon Pajama Drive stage. This time I had cancel machi #98. A little better, but by no means a sure thing. In fact I probably had a less than 50% chance of actually getting in. So I had a decision to make. Wasamin? or the Kenkyuusei? Normally I would say “go for your oshimen.” But Wasamin has a few more events in the coming week, and frankly the mall she was performing at, while in Tokyo, is a bit of a pain to get to. So I opted for the Theater stage. After all, it wasn’t a horrible cancel machi number, it was a matinee kenkyuusei show, no birthday, no Yukirin, and the pre-show cancellations had passed 40 by noon. I figured I had a shot, so I headed to Akihabara in the early afternoon, grabbed some lunch, and then made my way to the theater.

I arrived shortly before the cancel machi call, and despite the theater being quite crowded, staff were calling the cancel machi numbers quite rapidly. 50’s, 60’s, 70’s. Wow, would I even make it into the seat lottery? The call went to #77, and then they let in three women who apparently had a renban win, and were waiting for their last guest to arrive. With that he ended the call. But heck, I was 21 away with at least 10 spots left for the second call. I figured my chances were pretty good. Sure enough, quite a few people in the 80’s weren’t present, and as he approached calling my number I pretty much knew I was good to go. Sure enough, #98, score-a-rooni! I was in. Ultimately the call went up to #101.

So despite probably having a horrible vantage point from which to watch, this would be my 53rd theater show, and my 50th at the AKB48 Theater. Since I was going to be third-to-last entering the theater, I wasn’t concerned about rushing for a spot. I decided to slowly walk from the left side to the right in search of a place from where I could see. The left-side standing area was packed. The middle seemed like it had some space, but I couldn’t find a spot where I could see. Finally I noticed an empty void on the far right. As I made my way over staff called out that there was a spot for one more on the far-right risers, but the guy in front of me grabbed it, and another guy grabbed the spot against the wall I was trying to get to. However, I found a spot near the rail where I had a decent view of center stage, and not a bad view of the right side. So this wouldn’t be horrible. Or so I thought…

After the show started it seemed like everyone in front of me shifted. All of a sudden I couldn’t see the right side at all, and my view of center stage was somewhat obstructed. So there went any chance of any members noticing me during the show. BTW, Yoshihashi Yuzuka did the kage-ana, and it seemed as if she had never done it before. I dunno, but she seemed really nervous, and kept pausing. Here are a few of my thoughts regarding the performance…

of the five kenkyuusei I follow, four of them were in the show. Well, technically Ranchan isn’t a kenkyuusei anymore, but that is a recent development. However, it turned out Otake Hitomi, who was originally listed as a cast member, is out with a rib injury. That was a bummer since I enjoy her performances of Junjou Shugi. Hopefully she recovers soon. Speaking of Ranchan… 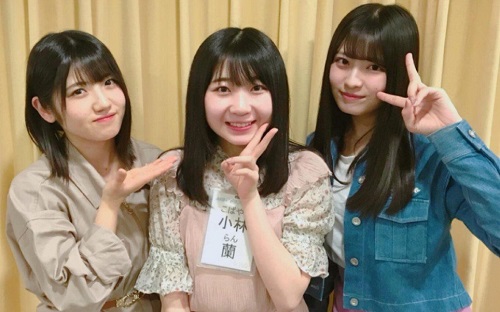 As you probably know, Kobayashi Ran was recently promoted to a full-fledged Team K member. Frankly I’m not surprised since I think she’s an ace, and I also think she’s adorable. But Ranchan was absolutely glowing, so much that at first I didn’t recognize her. I was like “Is that Ranchan, she looks so grown up all of a sudden!” Perhaps the promotion has filled her with confidence. But I thought she looked great! 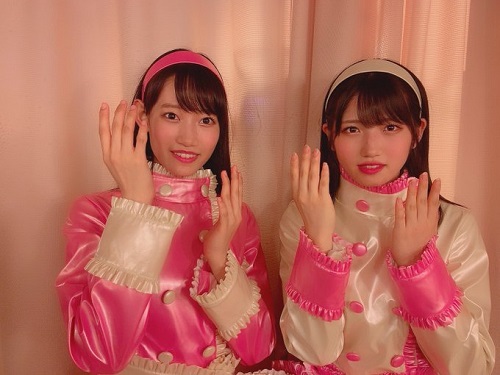 It was the first time in a while I had seen Kurosu Haruka. She performed TemoDemo alongside Yuiri. Kurosu is one member who I have always liked, and she always gives me good reactions when I see her at the theater and at Zenkoku events.

Despite not liking her at first, I have grown to appreciate Okada Rina. She puts a bit of edginess and intensity into her dancing, and I like her sarcastic MCs. Back when I first started I had assumed that she was merely lacking in enthusiasm, but now I get that she has her own pace.

Ya know, I’m still not completely sold on Sato Minami. Don’t get me wrong. I think she’s cute, and she’s definitely genki on stage and responsive to fans. Still, I feel there is something missing in her performance, and I can’t put my finger on it. I really don’t notice her unless she is right in front of me. But I do think she is good enough, and works hard enough to be promoted. Hopefully that will come sooner than later. 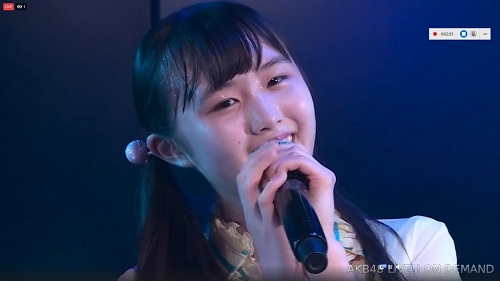 On the other hand, Saito Haruna, despite having some waif-like qualities, has developed quite nicely from her earlier days. She was really talkative in the MC after the units, and when she is wearing that pirate-like outfit from Jean d’Arc she looks quite hawt. Definitely developing more confidence.

As for the rest of my faves, Sorachan was genki and energetic, as usual. Sato Shiori was aloof and goofy, as usual. As for Senatan, she’s so tiny and cute, but I don’t think she takes advantage of that. She’s very much a ‘my-pace’ type, which is fine. It’s just that to me her personality doesn’t match her look. Or something. I’m rooting for her though.

An interesting aside. I mentioned at the last show I went to that nobody started an encore call for the longest time. Instead everyone was merely clapping. Finally someone attempted to start an encore, but after one chant the girls returned to the stage. This time was similar. Nobody was starting the call. I started wondering “Maybe I should start it?” At one point one of the cameramen turned around and looked at the crowd as if to say “Any day now guys!” Finally someone got it started.

Being on the right side, I was among the first to leave the theater. I always check to see where the members are that I like, so I can be ready to spark a reaction. Unfortunately, Shiori was right after Ranchan, and Ranchan always goes all out when I pass her. Aside from Ranchan, I got the best reaction from Kurosu, and a pretty good reaction from Nagano Megumi. I tried to pull a reaction from Senatan, but didn’t get one. Satomina and Yuiri were pretty good too. 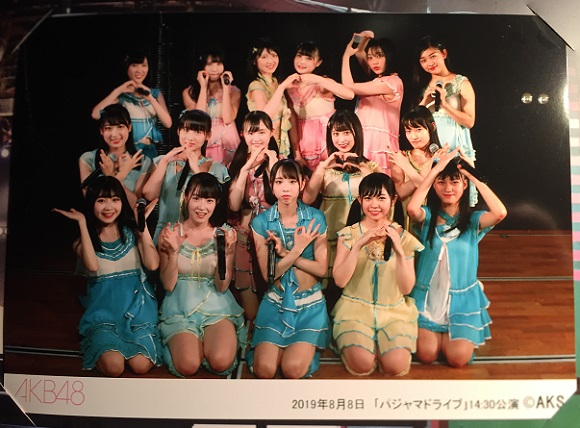 I quickly grabbed my bag, purchased a photo set, and left the theater. Just as I left a foreign family had stumbled their way into the lobby and seemed completely overwhelmed with the onslaught of people exiting the theater, LOL.

Unfortunately I don’t have any handshake tickets for the 48-Group events this weekend, so I can’t capitalize on my theater win with Ranchan. Oh well. Instead I have other events to attend. Wasamin on Friday in Northern Saitama. And I think I may try to check out Desu Rabbits this weekend as they are doing preorder events for their upcoming release. Should be fun!