This is the first of two consecutive three-day weekends in Japan, and for this weekend Wasamin had a full-schedule of appearances, including two mini-lives and another special event. Since all of the performances were taking place around the Kanto area, I planned on attending all three, beginning with a trip up to Koshigaya. 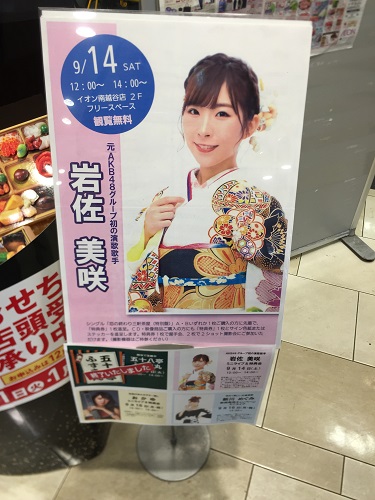 Koshigaya is known for the gigantic Laketown Mall complex, where not only Wasamin, but just about every idol group I have ever been into has performed. In fact, DESURABBITS is appearing there later this month. However, this appearance was taking place at the comparably tiny Aeon Minami-Koshigaya, which is just one stop away. I decided to get there relatively early, and perhaps get a seat for the show. Since I had never been there before, I got a little bit confused when exiting the station, first walking in the wrong direction, and then actually passing the mall before realizing I was a block off. I still found the place with plenty of time to spare. I immediately went up to the 2nd floor, and couldn’t figure out where they were going to hold a mini-live, that is until I found a small stage and seating area tucked into a corner behind the women’s clothing department. There were three rows of small folding chairs, most of which had been reserved. Because of that I decided to stand for the show. I also noticed a couple of those “Turbo” massage chairs set up behind the seating area, so I decided instead of an early lunch, I would get a quick massage. After that, I was ready for action! We were advised to keep the calls to a minimum so not to disturb the shops. Here’s the first setlist…

Wasamin was wearing the kimono from the limited edition cover of her upcoming album. When she first took the stage one of the sales ladies from the adjacent shop was completely starstruck. I don’t know of she was a fan or what. Wasamin also talked about a new feature at her mini-live events, the sale of goods, pretty much old stuff that the regular fans already have. So it’s probably a good idea to make it available at public events, just to get rid of the surplus merchandise. I had planned on two visits for the first event, the first being a two-shot…. 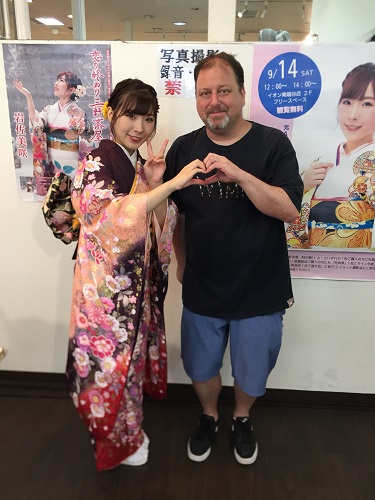 So I had to talk about the new album covers, especially the Regular Edition where she is wearing black. I told her how much I loved the cover, although I failed to mention which one I was talking about. But she immediately knew. “The black one-piece?” Yes!!! I told her that everyone I have showed it to was extremely impressed. 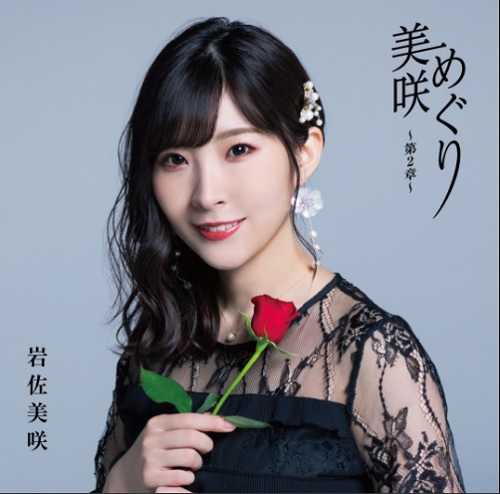 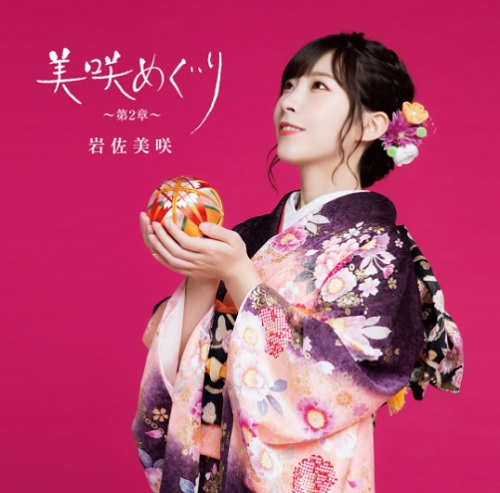 and the Limited Edition Cover

After that I immediately re-queued since the break between shows was shorter than usual, and I wanted to give myself time to eat lunch and go to the 7-eleven ATM machine a couple blocks away. For my second visit I decided to break some news to Wasamin that I have been hesitant to reveal, that I will be leaving Japan soon. Wasamin has to maintain her demeanor for the event, but she seemed shocked, eventually exclaiming “sabishii!” However, I did let her know that I may be returning to Japan, but it might not be until early next year. I started getting choked up telling her this, but I maintained a stiff upper lip. And with that I went to lunch, returning shortly before the second show. Here’s the late setlist…

Wasamin asked what everyone had for lunch. Personally, I had gone to one of the restaurants just outside the mall for an Udon/Tempura lunch set, but it turned out most of the Wasafans went to the nearby Lotteria. Wasamin admitted that she didn’t eat anything, and had a long explanation that I didn’t completely understand. By the way, there was an eccentric fan at the show. This guy I have seen at some of the Saitama events. He has a bag of various homemade Wasamin signs and collages. Plus he has these little dolls that he cheers for Wasamin with. I mean the guy is harmless, but it’s just funny the various strange fans that come to see Wasamin…

Personally, I was in a bit of a hurry since I had a ticket to DESURABBITS’ one-man live in Shimo-Kitazawa. When I talked to Bucho-san (the stormtrooper guy from Desuravi) he thought it may be too far away to make it on time, but I checked Hyperdia (a reliable train schedule website) and the ride wasn’t as long as I thought it would be. I still decided to make sure I was first in line, so I could get to the station as quickly as possible…

I gave Wasamin a bit more information about my move. The fact is that I do have a tentative job offer (in fact I have a couple of them) and that I am going through company orientation and training in a couple weeks. Also, I haven’t seen my family in almost two years. The bottom line is nothing is set, but the opportunity to come back early next year on a job visa is there. It’s just a matter of if I want to take it. So Wasamin seemed a bit relieved, and when I mentioned how long it had been since I had seen my father and brother she totally understood. With that I told her I would see her tomorrow, and took off for the station…

And yes, I made it to Shimo-Kitazawa in time for the DESURABBITS show! 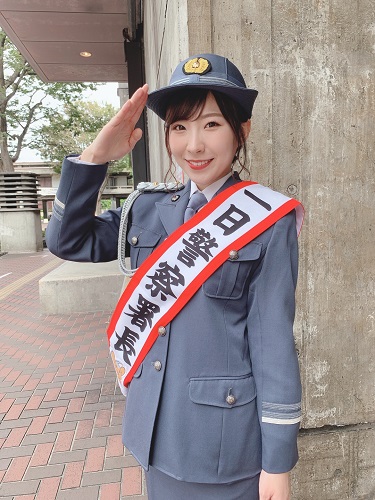 Wasamin has done the “cop for a day” thing a couple times before, but this was the first chance I have had to go. I didn’t know what this event would be like, only that we were supposed to queue up at 1 p.m. and receive special Iwasa Misaki fan entrance numbers. I arrived at Setagaya City Hall just after noon, taking the Tokyu Setagaya Line streetcar for the first time. (It’s the train featured in Wasamin’s 8th single MV) There were around twenty people in line. I actually wanted to eat before queueing, so I left my backpack marking my spot in line, then went across the street to grab a couple things from the local conbini. 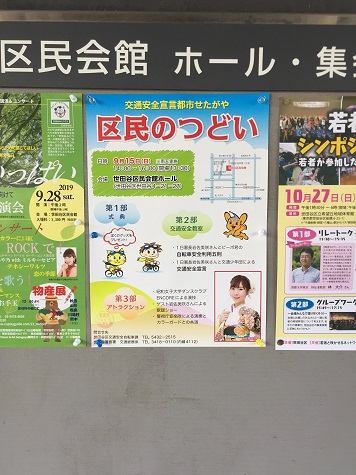 Shortly before 1 p.m., the line had grown exponentially. However, the staff instructed all Setagaya Ward residents to form a separate queue. It became obvious that they were isolating the Wasamin fans, and that we were going to be admitted last. There were a lot of locals there, and for a while I wondered if we were going to be shut out. Ultimately this ended up being a huge auditorium, so that wasn’t an issue. However, the Wasamin section ended up being in the top part of the theater, on the far right. It was like they put us as far away from the stage as possible, LOL. 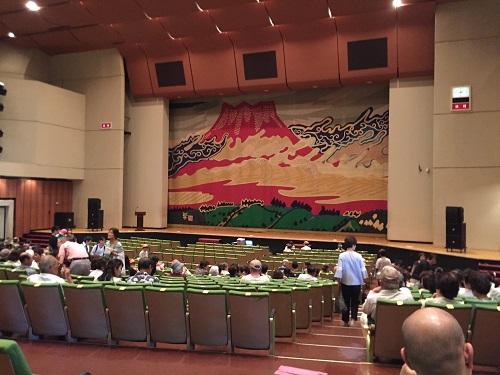 It turned out to be a full 2-hour program, mainly focusing on bicycle safety. After a series of speeches by a bunch of city officials, Wasamin was part of the second portion of the show. Of course she looked adorable in her police uniform. Along with a couple of young scouts and the Setagaya City mascot, they demonstrated a few do’s and don’t’s when bicycling in traffic. By the way, they introduced her with the old bio that talks about her AKB days. And when they mentioned the name of her latest single, the entire local audience began mumbling in amusement since we were just up the road from Sangenjaya. After the safety lesson there was a short break before the entertainment portion of the show… 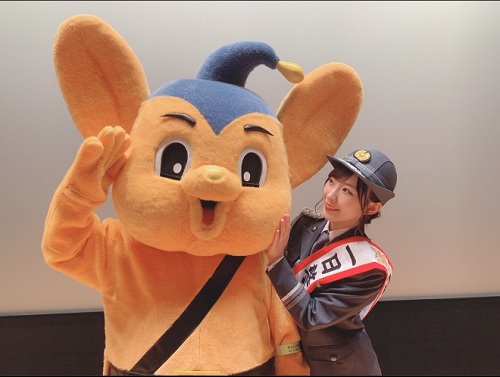 The first group out was a teenage dance troupe called “ENCORE,” who mainly danced to idol songs. Their setlist consisted of two AKB songs, (High Tension, KFC) Morning Musume’s “The Peace,” a Keyakizaka 46 song, and a couple of old classics (Koi no Dial 6700, Koi no Vacance) They were cute, although I thought their set was a little long. Wasamin took the stage right after, although she had changed into a Kimono for the performance. Her setlist…

First off, Wasamin was completely amused that her fans were all grouped together at the top of the auditorium. The locals also got a kick of the Wasafans’ calls and cheers, many of them looking back at us from time to time. But despite us being far from the stage, and not the majority of the audience, she still did the ‘final song’ bit where we act all surprised and disappointed, and she also used that moment to promote her Monday mini-live appearance in Western Tokyo.

The final performers would be a local youth orchestra and color guard. I used the opportunity to leave the theater, but still stuck around in case Wasamin was doing a post-show buppan. It turned out that there was no handshake event, and the orchestra finished 20-minutes after the scheduled ending, so I technically hung around for 40 minutes for no reason, LOL. Actually, I ended up taking the train with a couple of other fans, and we ended up chatting a bit along the way, so that was fun. 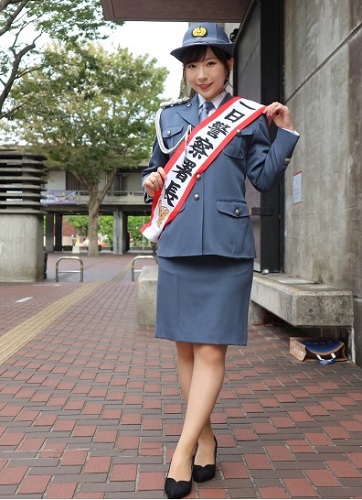 On Monday Wasamin would be at Aeon Mall Hinode, which is in Western Japan. It takes a while to get there, (four trains for me) not to mention the 1 kilometer walk from the station to the mall. But I was all-in for completing the full Wasamin long weekend.