This was an event I had been dreading, as I had be operating under the assumption that it would be the last time I see Wasamin for the foreseeable future. How would I handle it? How would she handle it? Actually, I’m sure she would deal with it a lot better than I would. All that said, my life has been in a continual state of flux for the past few months. I wasn’t sure where I would be living, or what I would be doing. Would I continue living in Japan? Or would I have to return to the U.S.?

Things began to clear up over the past couple weeks when I finally started receiving job offers here in Japan, although some of them were a bit vague about the start date. It could be November, or maybe March of next year. However, over the past couple days it has become apparent that I may be starting a new job much sooner than anticipated, and my planned return to California may turn into just a quick vacation. Well, vacation may not be the best description, as I have a bunch of business to handle in America that will probably take up the entirety of my visit. The point is that what I thought would be a tearful farewell and “see you next year..maybe” with Wasamin turned into “I’m going to America, but I will be back soon!” A much more tolerable situation.

I set out for Shiodome early, figuring I would have lunch somewhere around Shimbashi before the event. Upon entering my local subway station, I was surprised that the destination of all the southbound trains was different from what I had ever seen before. Confused, I quickly looked up the Mita Line on my phone to see if there were any breaking stories, and it turned out there was some sort of signal or switching issue around Suidobashi, which was causing delays on the line. Moreover, the train I boarded was unusually crowded. I decided to transfer to my secondary route along the Oedo Line, which technically did get me closer to the event, but with 20 additional minutes of travel time. I decided to grab something quick to eat, ducking into a local fast food restaurant where I found 10 members of the South African Rugby team scarfing down their lunch, and posing for photos with some of the locals before heading to Yokohama to battle the ‘All Blacks.’

Later on I saw the entire South African team posing for a group photo in front of the NTV Building too. But it was close to doors for Wasamin’s event, so I hoofed it over to the Shiodome Media Annex, where I found all the fans milling around outside the venue. It was just a few minutes before doors, and eventually a staff member lined us up by the number on our ticket before leading us into the venue. 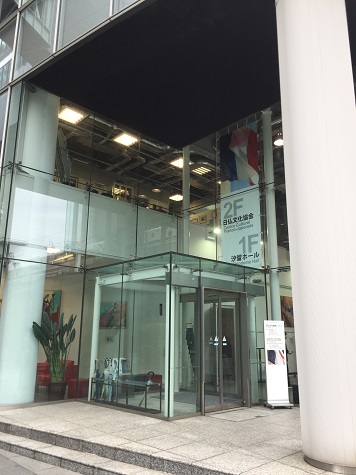 By the way, while we were waiting a couple of foreigners came over to ask if this was a Rugby World Cup event, since the entire town is crawling with Rugby fans right now. Of course being the one English-speaker, I told them it was a music performance, and showed them a photo of Wasamin. But of course, for them it was “No Rugby? Not interested.” LOL! 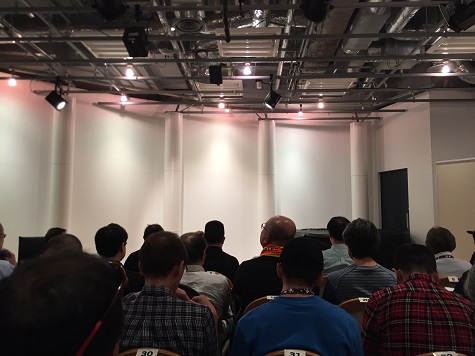 At first I was led to believe the seating was ‘first come first served,’ and I had found a good seat on the right side in the second row. However, it turned out the seating was assigned, so I retreated back to the 5th row center. It was a very small room, so it didn’t make too much difference. I received one free 2-shot ticket for being a fan club member but decided to purchase three more at the goods table, for a total of four. I wasn’t going to see Wasamin for a little while, so I decided I would make the most of this event. Eventually Shinohara-san (Wasa-manager) made his introductions, and out walked Wasamin in what she described as a ‘mustard-colored’ one-piece dress. She was also sporting a fresh hairstyle. BTW, here is the event setlist…

The soundboard guy had a bit of trouble at the outset, first starting the song then stopping it, then starting another song, and then going back to the original song ‘in progress.’ Wasamin turned to the sound guy (who was out of our sight-line) with a “wtf?” look on her face. It was pretty funny. As you can tell from the presence of a 4-song setlist, this event ended up being a ‘fan-exclusive’ mini-live, which was quite different from the previous Wasamin Greeting or the Ebisu fan event. Those events also included various games, where this event was pretty much just singing and talk. Among the things she talked about; her fresh hairstyle, which got raving reviews. Her dress. She had mentioned on Twitter that she had just purchased a new dress for 899 yen, but I didn’t want to ask her if this was THAT dress. I mean it looked cute on her, but it’s not a color you see people wear too often. It was definitely ‘Autumn-colored’ though. She talked about her Showroom the previous evening, which I forgot to watch since I was watching the Rugby World Cup, and she promoted the Hiruson 1-hour special, which I won’t be able to see since I will be out of town. However the biggest feature of the day was the 2-shot shamekai/cheki portion of the event. I had four tickets since I wanted to spend a little extra time talking to Wasamin on this day, For the first two rounds we went by seat, and since I was #55 I would have to wait a little while before my turn. 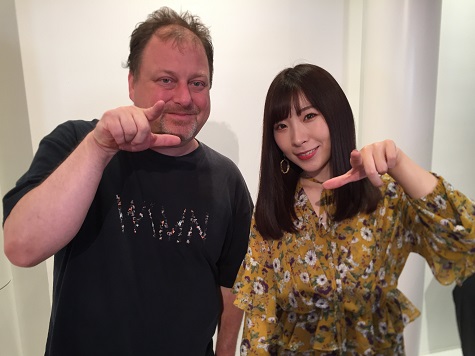 This was the meeting where I broke the news to her that I may be returning to Japan sooner than expected, and that I may be starting a new position at the end of next month. Moreover, the position is located in an area she is well-familiar with, since she performs nearby quite often. That got her really excited. I also complimented her dress, and told her that it reminded me of Thanksgiving holidays in America. 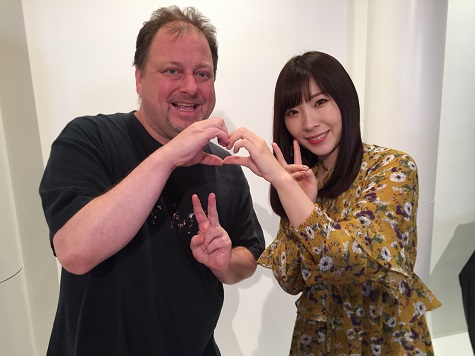 At first I thought we could just re-queue since everyone had gone once. But since most everybody had multiple tickets they decided we would go in seat order again. This was merely a continuation of our earlier conversation, where I clarified the actual town I am supposedly moving to, and I admitted to her that part of the reason I wanted to work there was because of her frequency of performing near there. Yes, I make life decisions with Wasamin in mind! 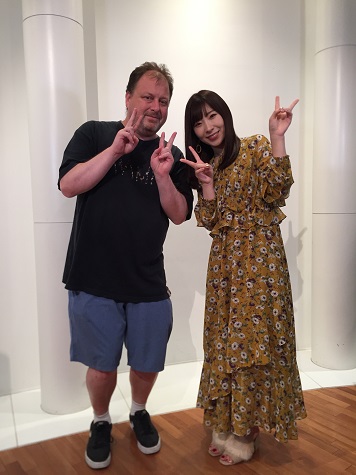 I asked her about the Hiruson special, confirming what day it was on, and sadly revealed that I would miss it. I also revealed to her that this is the last event I am going to see her at for a while. She only has a couple events scheduled in the next couple weeks, and one of them is in Hokkaido. Anyway, she thought this was my last ticket, and got sad for a moment, but I told her that I had one more. 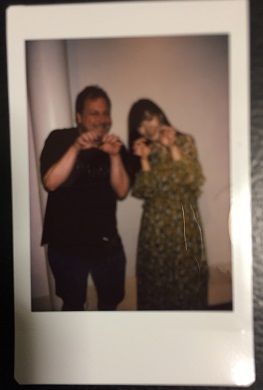 I decided to mix things up and get one cheki. I wanted to tell her about the new izakaya my friends and I discovered recently. It’s a Showa Era-themed restaurant called Yoyogi Milk Hall. They play 70s-80s J-pop music, and the entire restaurant is decorated with nostalgic records, posters, games and knickknacks. Even the food is Showa-themed. She seemed interested, and I told her about some of the songs they played, many of which are among the songs she has covered. Anyway, I wished I had talked to her about that earlier since this was my last ticket. But it was nice to end on something upbeat. As I left I told her I would see her again soon. (I hope!)

The event ended a short time later, and Wasamin said her goodbyes before heading to the airport. I walked over to Shimbashi station, and ducked into a bar to watch a little more of the Rugby World Cup before heading home. Tomorrow I am heading to Tokorozawa to see Minyo Girls, and I have a few other events I am aiming for before I fly to America. Wasamin has one event on October 2nd, but it is sold out, and I didn’t get a ticket since I didn’t know if I would be in town or not. So I will likely be missing that. However, if all goes as planned I should be back in time for her album release, so I am excited about that.