Last month when Miyabi-chan wished me luck in returning to America, I am fairly sure she believed that would be the last time she would ever see me. So imagine the surprised look on her face when she saw me coming up the escalator while she was passing out flyers.

Although it was revealed to her via her mother at the time I was probably moving back to America, I knew I had over a month left in Japan, and there would be a decent chance I could attend another Mingaru event in September. Although I must admit Miyabi’s heartfelt best wishes really tugged at my heart, leaving me severely depressed for the next two days. But when I saw that this event had been changed from Ibaraki to Saitama, I had earmarked it as a show I wanted to see, especially if Miyabi was in the cast. Lo and behold she was, as was Yuua, so on Sunday morning off I went to Saitama. 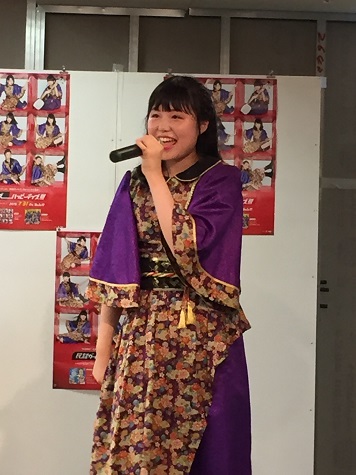 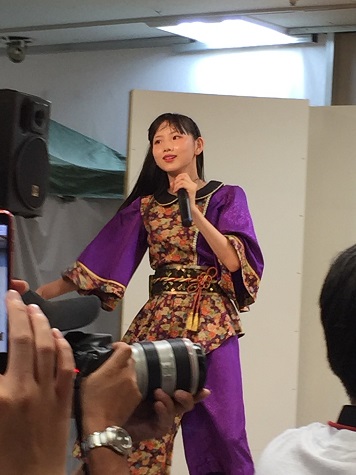 Arriving at 11:15, the first person I saw as I came up the escalator was Miyabi, passing out flyers to passers-by for their upcoming performance. She did a double-take, and then smirked in a way I am all too familiar with. As I passed I quickly told her I was going to America in October, but I would probably return a month later. I had a similar encounter a few minutes later when both Miyabi and Yuua’s parents arrived, Miyabi’s mom looking shocked and Yuua’s mother smiling. I actually hadn’t seen Yuua’s mom in quite a while. So I explained to them the rapid changes going on in my life, and while Miyabi’s mom seemed a little skeptical, I told her there was a good chance this opportunity would come through. Anyway, I found a seat in the third row (it wasn’t very crowded) donned my happi coat, and got ready for the event.

This was a 5-nin event. In addition to Miyabi and Yuua, Ryo, Rina, and Minori were also performing. I believe Yutori was initially supposed to be there, but she recently announced graduation, and hasn’t been at many events lately. While Miyabi and Ryo were passing out flyers, the other three came out and did a 2-song rehearsal. Then a few minutes later Minori and Rina took over flyer duty while Yuua, Miyabi and Ryo did a 1-song rehearsal. There was an odd dynamic going on with passing shoppers; whenever the group sang a song various people would come over to check them out, then when they did MCs the shoppers would disappear. This happened during both the rehearsals and the two live events.

Since this was technically still a promotional event for their third major single release, most of the songs they performed were from those CDs. However, they also sang their first two singles, as well as Akita Ondo. As expected, both Yuua and Miyabi flanked the sides of the stage as the lead singers, while Rinacchi, Non, and Ryo were the main dancers in the center, although the three of them did plenty of singing as well. They got the biggest reaction when they sang Shochu Omimai Moshiagemasu, which I didn’t even realize is one of the tracks of the new single. The other c/w track I really like from the single is Konpira Fune Fune, which is a really old cover. Both Yuua and Miyabi sounded great, and I resolved to do a 2-shot with both of them, first Miyabi after the first show then Yuua after the 2nd show… 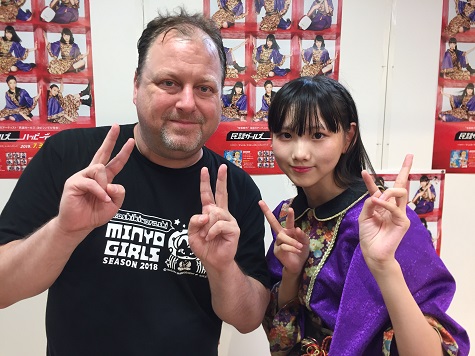 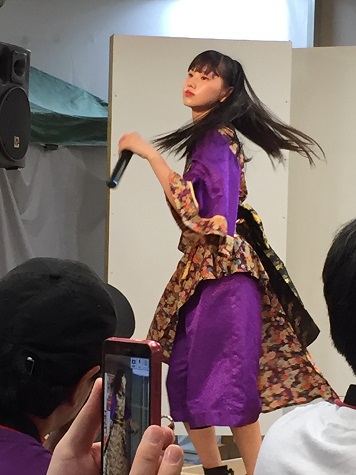 You don’t get too much time to talk during 2-shots, but I did take a few moments to fill Miyabi in on what changed since the last time I talked to her. I told her how happy I was about it. She stated she was really happy too, and wished me luck. As for Yuua… 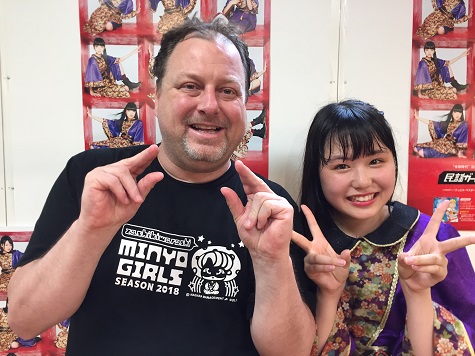 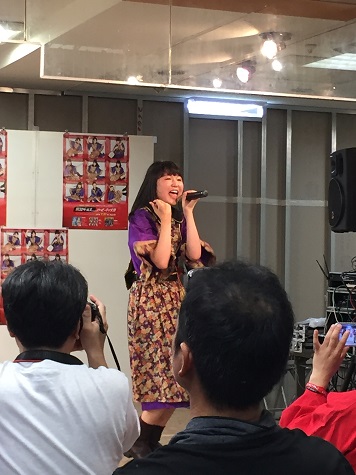 I wanted to test Yuua a little, since in the back of my mind I was concerned about something. She is a Jr. High student in Saitama, and I will likely be working at a Jr. High in Saitama. I know it would be an amazing coincidence if I ended up working where she goes to school, so I told her specifically what town I was supposed to be working in, just to see what kind of reaction she would have. She seemed happy, but not overly surprised, that was a good sign as it would be very awkward if I showed up for work and on my first day encountered Yuua, LOL. I don’t know where she lives specifically, but I have the feeling her family is somewhere near Kumagaya since when I saw Mingaru there Yuua made a big deal out of it being her hometown. 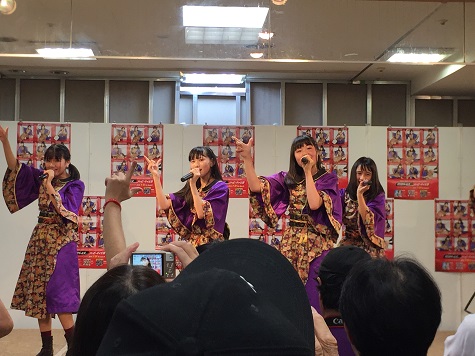 Anyway, I really needed to get a haircut, and I noticed the QB House across from the stage area had no waiting, so I immediately ducked in for a trim right after my 2-shot with Yuua, afterward quickly modeling my new cleaned-up look for the members before bailing back to Ikebukuro. Minyo Girls have events planned for the 28th and 29th, but I have other plans, so I probably won’t be seeing them until November, after I return to Japan. Although technically I will be much busier with full-time work, and won’t have nearly as much time for idol shows. But I will surely make time for them, especially when they appear around Saitama.