To say this was a crazy day would be an understatement! It all began with my journey from Central Saitama to Tokyo in cold, rainy weather to hopefully score a last-minute ticket for Wasamin’s solo-live. The reason I wasn’t able to purchase a ticket during the normal sales period was because a) I was in America, and b) I was in-between apartments, and didn’t have a proper address to send the ticket to. By the time I had all of that sorted the show was sold out. Staff hinted there were more tickets available, but the Ticket Pia website said differently. My last chance was the Friday announcement that there would be “some” tickets available ‘on the day.’ 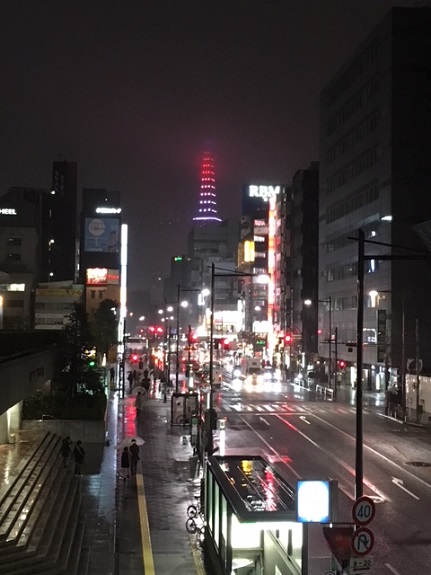 Can’t even see the top of Tokyo Tower

I arrived over an hour before the box office was scheduled to open (and 7 hours before the show) There were only three people in line. Cool! Ultimately only seven people queued up, so I figured we were all good to go. That was until the venue staff came out and said there were only three tickets available. WTF? And of course being fourth in line meant I got skunked. Obviously I was ticked off. I mean why make an announcement like that if there are so few tickets available? Moreover, nowhere did it say “first come, first served.” Understandably the four of us who got shut out felt kinda gypped. Though the guy behind me really didn’t take it very well, throwing a tantrum, on his knees begging the staff to give him a ticket. He wouldn’t let it go, and at one point tried to break past staff and into the venue. I’m not sure what that would’ve accomplished though. He was an older guy, a Wasa-event regular, but he mostly keeps to himself. Anyway….

After standing there in vain for over twenty minutes hoping for a miracle announcement, I finally gave up and resigned myself to my “Plan B” to see another idol group later in the day. However, before I left I decided to grab some pizza and a couple beers from Devilcraft, which was right down the street. And for good measure, I decided to send a general SOS (translate: rant) on Twitter. Since many of the Wasafans ‘follow’ me, perhaps there was a chance for a ‘miracle.’

Sure enough, after receiving a handful of consoling ‘likes’ I got a private message. “Chris, are you still nearby? We have a ticket for you!” I couldn’t respond fast enough, and told them I could be back to the venue in 15 minutes. It turned out my friend Ichiro had an extra ticket that he had been trying to sell for a couple days. Ironically, I had considered messaging him on Friday asking if he knew anyone with extra tickets. I guess next time I should go with my instincts, eh? 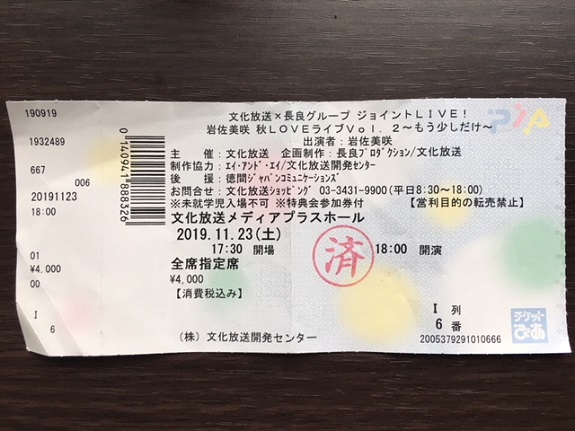 So it all worked out. In fact, everyone behind me in the morning queue, with the exception of the tantrum guy, were all able to find a ticket. So it shows what a little patience and persistence can do, not to mention good friends who look out for you. Anyway, thinking I was missing the show I had spent some of the money I had earmarked for goods on pizza and beer, so I decided to be frugal and just get the two items I wanted the most… 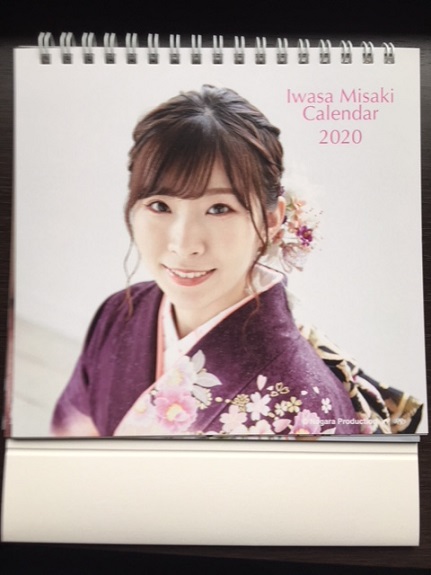 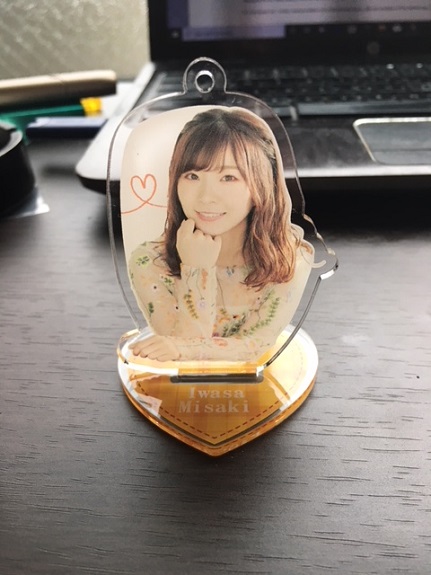 I skipped on the badges, but I am fairly confident they will have them at the Christmas event. I also skipped on another smartphone case, but maybe she will come out with another one soon. After going back to Devilcraft for one more pint, I returned and queued up for the show. I was in the 9th row on the left side. There were 10 rows in total, and a small 11th row which I’m guessing were the people who won the tickets in the morning. At one point I turned around to see the Iwasa family sitting right behind me. I have seen her parents and younger sister quite a few times in the past, but this was the first time I got a good look at her older sister. They mostly keep to themselves, slipping in just before the show starts and leaving just before it ends, so I left them alone. They have spoken to me a couple times in the past, but it’s better to respect their privacy. Eventually the lights dimmed, it was showtime. Here’s the setlist… 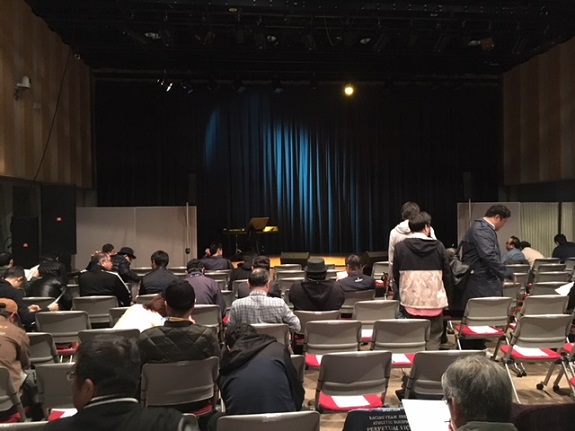 First of all, Wasamin looked stunning! it isn’t the first time she has worn that dress (it’s from the new album cover shoot) but she always looks beautiful in it, and I love when she wears her hair with a bushy ponytail like that. Not to mention the shoes, and the jewelry. I thought she looked gorgeous.

I loved this setlist. It didn’t have a lot of upbeat songs, but of the songs she did choose, many were haunting, and most of them showed off her vocal chops. As for her guitar work, I didn’t hear any major mistakes, and the one’s I did hear were subtle at best. I was watching the way she transitions her chord playing. I think her biggest issue is that she has small hands, which can make some chords a challenge to play. Oh, and before the Ikimono Gakari song she got her earring stuck in her guitar strap, and had to take it off to get it untangled, LOL. I think my favorite song was Iro Tzuku Machi (#7) I had never heard it before, but it had a really sexy vibe.

The two most memorable MCs where when she promoted her mini-live the next day in Chiba, and of course the goods corner. She showed off a few pages of the calendar before stopping and saying you have to buy it to see the rest. She also did a drawing to win a free solo-cheki. The were five winners (out of an audience of 200) Unfortunately I didn’t win, although had I won I would’ve probably offered it to Ichiro as a thank you. 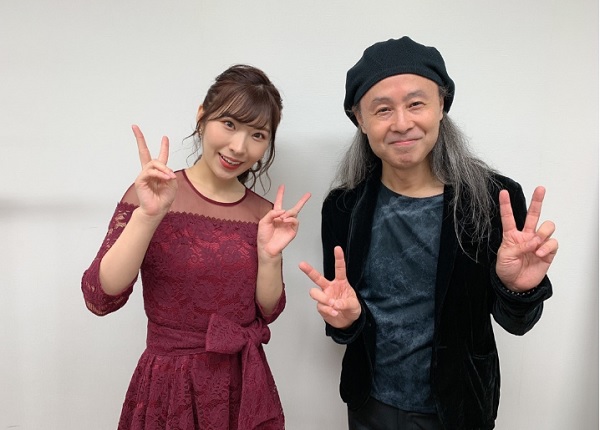 with Senbei-san (from her official blog)

Like last years show, she was accompanied by Senbei-san on keyboards. Senbei-san looks like an old hippie with long gray hair, and he makes some great facial expressions while playing. Wasamin interviewed him during the encore, and he was very awkward. We were all calling his name too, which I think embarrassed him.

After the show I quickly grabbed an elevator back to the 2nd floor where buppan was being held. Everyone got to take a 2-shot with Wasamin just for purchasing a ticket, so I knew the line would be long. I managed to be third in line for the first go-round. Wasamin gave me a super-excited greeting, making me wonder if she read my earlier Twitter rant about not getting a ticket in the morning… 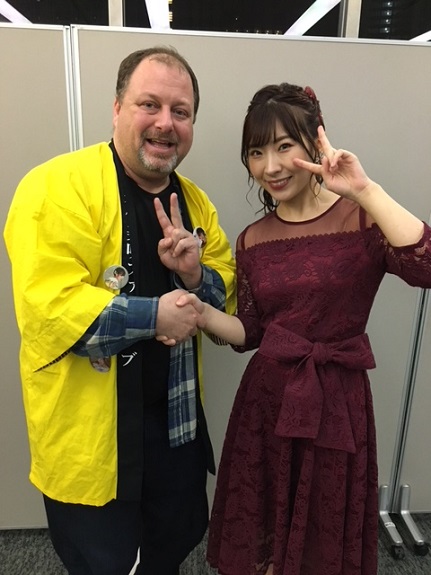 I told her the show was perfect, I loved the songs, and she looked beautiful. She responded “Yokatta,” but it was quick since they were trying to move the long line as quickly as possible. In fact, people with more than one ticket were not allowed to re-queue until everyone had gone at least once. So I had quite a wait before I could get back in line. I ended up being first in line for the second round, until they realized one fan sneaked into the first queue with his second ticket, so they moved him in front of me….

Once again it was a quick visit, but Wasamin asked me how the new job was going. I told her it was totally fun. I started to say something about the students, and she asked me if the students are cute. “Yes, they are all cute!” I quickly said as I was being pushed away by Shinohara-san. I have a lot more to tell her about my job, but it will have to wait. 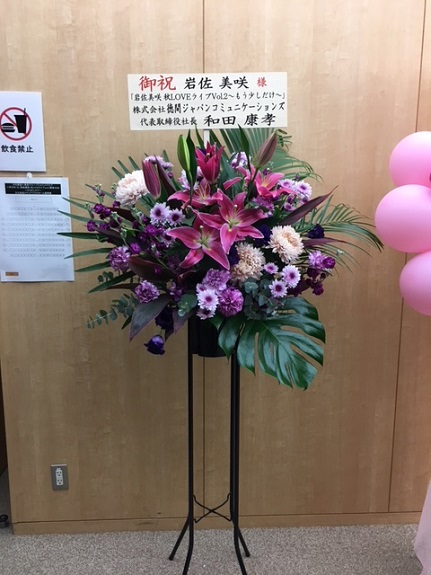 And with that I headed back to the station. I debated getting dinner in Hamamatsucho, Ueno, or Omiya, but the was a Commuter Express train leaving soon for Saitama, so I decided to wait until got home, which was a major tactical error since almost all the restaurants in Okegawa closed early due to the Labor Thanksgiving Holiday. Though I was able to get something to-go from Lotteria. As for Sunday, there are a lot of shows I want to see, including Minyo Girls’ Countdown Live, and of course Wasamin’s mini-live in Chiba, but as I promised myself that I would be more responsible with my idol budget, I am just going to chill out at home. I am seeing the Minyo Girls/Wasamin Battle Concert next Sunday anyway, so it’s all good.