As often as Minyo Girls do these “battle concerts,” it is somewhat surprising that Wasamin isn’t invited more often, That said, this was the second time in the last 3 1/2 months that Wasamin has made an appearance there. But before we get into the show…. 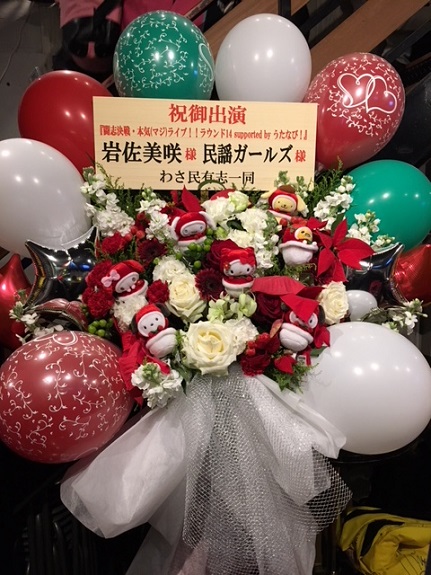 I neglected to mention on the Minyo Girls thread that little Yutori, one of the original Mingaru members, graduated last month. And the morning of this show, two more members, Yuua and Ramukyun, both announced their upcoming graduations in January. It is quite the blow to what I have always felt was a promising newcomer group. Yutori was the original front girl back in the early days. Yuua, another original member, has functioned as the co-lead of Minyo Girls for at least the past two years. Then there’s Ramukyun, the adorably quirky shamisen player. Her announcement may have been the biggest surprise. Not to mention a significant blow since I have to imagine that cute, teenage shamisen players aren’t easy to come by. And even if the shamisen has become less significant on their recent releases, I still feel that it is an integral part of the group’s identity. Anyway…

The other late announcement was Wasamin’s scheduled appearance along with Miyazawa Sae at the boat races in Yokohama. Wasamin has appeared at the Shizuoka boat races quite a few time in the past, but this was the first time she was appearing at a Kanto location. Moreover, the co-billing with Sae seemed totally out of left-field. Ultimately I had very little interest in traveling out to Kanagawa, which is at least a 2-hour ride from my home. Seeing Wasamin and Minyo Girls in Akiba would be plenty of entertainment for me. So I spent the morning straightening up the house before heading to Tokyo in the early afternoon.

I arrived in Akihabara shortly before 3 p.m. I had over an hour until doors, so I decided to spend a little while at The Hub for happy hour. The tickets to get in were numbered, and I had scored my ticket at a recent Mingaru mini-live, which assured me of getting into the venue early. When I entered the staff asked me who I was there to see. Last time I came to this show, I told them I was there for Wasamin and there was no door gift. This time I wisely told them I was there for Minyo Girls (I was even wearing a Mingaru T-shirt) and received a bonus photo. I went straight into the stage area, and had a choice; Either one back from the stage on the side, or two back in the center. I chose the center since it would be closest to Wasamin during her set. I dropped my stuff on the floor to save my spot, and went to purchase 2-shot tickets… 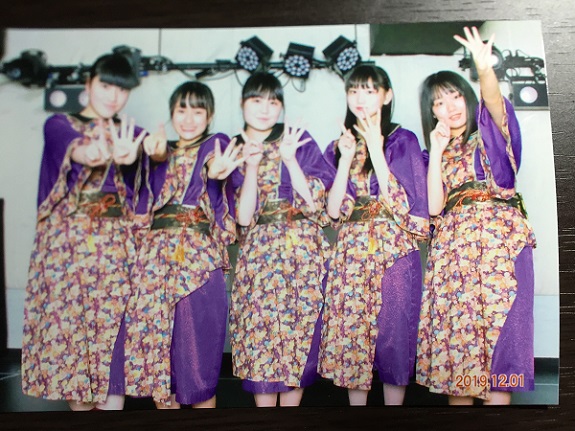 I lined up for Minyo tickets first since the line was longer, and made a bit of a tactical error. I purchased two handshake/2-shot tickets for 1000 yen each, forgetting that I could’ve purchased a ticket to Yuua and Ramu’s graduation for 1000 yen more, and would’ve received the same amount of tickets. I thought about returning to the table and asking to make an exchange, but I have done that with Minyo Girls a couple times before, and didn’t want to be a pain in the ass. Meanwhile, I got one ticket for Wasamin since her line is always huge at this event. I figured one visit would be enough. With that I returned to my spot, and cleared away the people standing over my jacket. It was showtime!

Minyo Girls took the stage as a 5-nin group. Missing were Rio and Matsuri, who at this point seem almost like part-time members since they both live far from Tokyo. Also missing was Ramukyun, which was a real bummer since I wanted to talk to her after her announcement. At least I could talk to Yuua-chan, as well as Miyabi, who at this point is clearly my Mingaru oshi. After opening with the Yuua-led single from Minyo Girls IV, they did a series of intense and fun B-sides from their last two singles. In fact the only A-side they performed was Mirai. Yuua and Miyabi normally flank the sides of the stage, so I had Ryo and Minori in front of me most of the time. Minori is the group leader, and she is well-familiar with who I am a fan of, but she still found time to play with me once in a while. They neglected to do a photo-op portion of the show, which management apologized for on Twitter the next day, but they did post this photo of the encore… 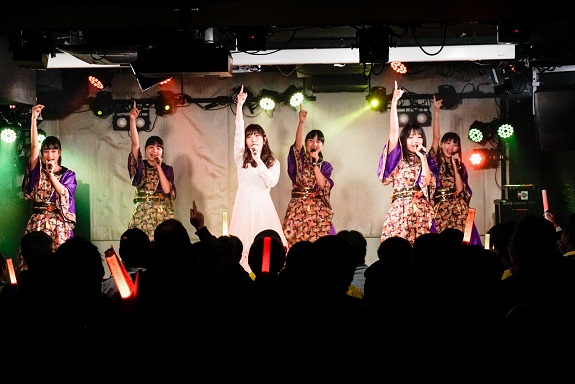 The Mingaru set was around 45 minutes, and Wasamin would come out after a brief break. She looked gorgeous, in what I thought might be new dress until she said she had worn it once before, and made the fans guess where she wore it. Still, she looked cute, and once again was rockin’ her hair down which just melts my heart. She decided to do a slightly different type of setlist this time. Here ya go…

Well jeez, where do I start? Tracks 2-4 are the “call and response” songs, which the Minyo members all said they were fascinated by. By the way. Wasamin asked the audience who was left-handed. At first almost everyone raised their hand, but she again asked “No really?” Now I have told her at least twice that I am left-handed, but she still seemed surprised by the revelation. Next was the AKB-enka version section, followed by the new tracks from her recent album. I am guessing many of the people here have yet to hear her new album. Many of the songs are quite the departure from her usual material. Machibuse is such a sexy song, possibly my favorite of the release, and then you have ‘Refrain’ and ‘Zakura,” both anime-related J-pop songs. In fact, the Wasafans went into full wota-mode, doing calls, chants. It was the first time I had seen the Wasamin fans do anything like it, and she had a blast, laughing the entire time…

But the ultimate nostalgic moment was the encore performance of Aitakatta, which had Wasamin completely gassed out by the end. I’m not sure why she is so out of shape at 24, but whatever. She was amazed that none of the Minyo’s were even out of breath at the end. They did a brief promotion for upcoming events, as well as the goods for sale outside, before ending the show. I quickly headed to the bar for my requisite drink, and a few minute breather before lining up for Wasamin…

I had contemplated using my to Mingaru tickets for a group shot, but when I found out it was only five members I passed. In any case, the group shot opportunity ended while I was still waiting for Wasamin. Eventually it was my turn… 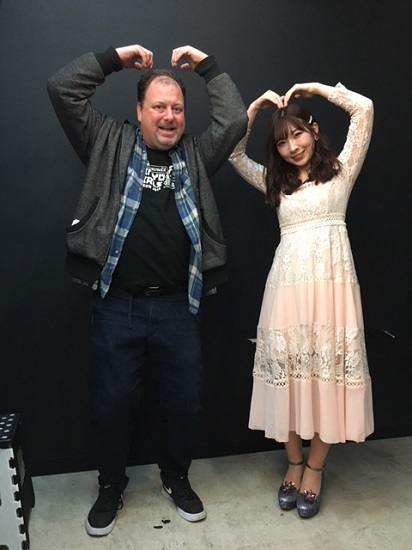 This picture is an inside joke between me and some of my students. I explained it to Wasamin, and she thought it was cute. After complimenting her outfit, I told her I was indeed left-handed, which is why I have always loved that song. Shinohara-san gave me an extra couple seconds to explain the gesture, and after that I immediately queued up for Minyo Girls. At first I debated; would I spend my two tickets for one signed cheki with Miyabi, or two unsigned chekis with Miyabi and Yuua? Ultimately I decided that I really wanted to talk to Yuua, so I would split the tickets. Here are my two chekis… 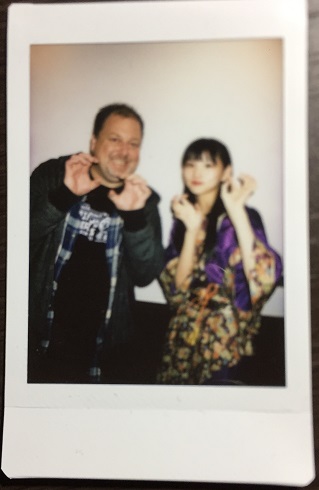 My ‘namida’ pose with Yuua since she is graduating. It was funny though, while I was in line for Yuua, Miyabi came over to me twice asking if I was sure I didn’t want to see her. Uh oh, she is growing up to be a possessive idol, I love it! Both of them asked how my new job was going, and I told both of them that I was having a lot of fun, and that my students are all very cute.

And with that I took off, first grabbing a quick dinner in Akiba, and then heading back home. But not before seeing Miyabi’s parents, who I quickly said hello to and expressed my sadness about Yuua (she and Miyabi are best friends) I’m not sure when exactly I am seeing Wasamin or Minyo Girls again, but they both have plenty of events this month. I do have a ticket to the Wasamin fan club Christmas Party later this month, and I just received my latest copy of Misaki Magazine with a bunch of new events scheduled. As for which events I will attend, we will see. I suspect there will be a new single soon, as well as a solo concert, so I will need to check my Wasa-budget.

As for Minyo Girls, they will soon be a 6-nin group. Three of the ten ori-members remain (Miyabi Rio, Matsuri), 2nd gen and captain Minori, and then 3rd gens Rinacchi and Ryo. Considering two of those members are strictly part-timers I think the near future will be very telling. If this group means to go on they will definitely need at least 2-3 new members, including a new shamisen player. So let’s hope we see some Mingaru kenkyuusei announcements in the near future.