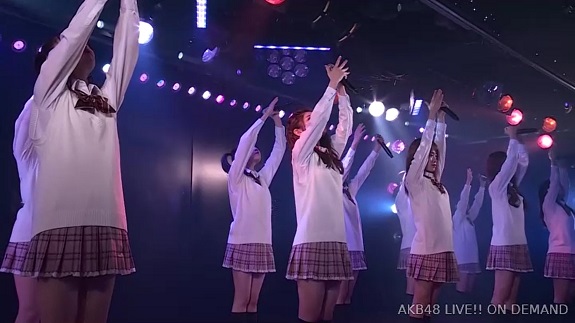 These days my theater applications have become a lot less frequent. Considering it takes me just under an hour to get to Akihabara from where I live, I am pretty much limited to applying on weekends, holidays, and during vacation. Thus, it had been almost two months since the last time I applied for (and won a show) However, I committed to applying for the December fan-birthday stage, whenever that came about. Luckily for me, the show was scheduled on a Sunday, and it was for my ticket center ‘push’ team (The kenkyuusei) Moreover, both Ranchan (my listed oshimen) and Zunchan were in the cast. Ultimately I felt really good about my chances…

There was also a matinee kenkyuusei stage, which I avoided applying for via Twin Pillars since the show I really wanted to win was the evening one. I did apply ippan for both shows just in case. As expected, I received a winning email while I was at Wasamin’s Christmas party. It was for the birthday stage. Sure, it was a cancel machi, but the number (#27) was low enough that I new my chances were very high. Sure enough, Sunday morning I received another email notifying me that the cancellations had passed my number, and I was now a confirmed winner, score-a-rooni! This would be my 56th theater win.

This would be my first time attending a fan-birthday show, after quite a few years of trying. It was freezing cold on Sunday, like it was about to snow. In fact, I had dressed for the day, and went out to run a quick errand, after which I returned home to change into warmer clothes. The forecast was for rain, which started just before I arrived in Akihabara. It wasn’t too hard though, and I know a route from the station to the Donki where you are under cover for most of the walk, so I didn’t need to use my umbrella. Arriving around 20 minutes before cutoff, I first found a good locker to store my jacket and bag, and then jumped into the rather long queue. As I have mentioned many times before, I like as high a ticket number as possible since in my experience those numbers usually get into the theater early. I got ticket #150, which meant I was first in line for my group. All of a sudden I felt really good about my chances of getting in early, and if I could possibly luck into being called first, it would be front row center…

Unfortunately my confidence was misguided, as not only was my group not called in early, but we were called in second to last. I walked into the theater expecting no decent place to watch the show from, but my surprise there was hardly anyone in the standing area just left of the entrance. In fact, the three guys at the center of the rail were all really short. So I quickly stood behind them, and ultimately had a really nice vantage point. I could see 80% of the stage, and was really close to the side stage. Not bad, considering…

Nagano Megumi did the kage-ana in her usual, wall-flowerish manner, and off we went! There were quite a few girls in the cast that I really like, although my focus would be on Zunchan and Ranchan as much as possible. But since I was on the far left side of the audience, there would be times were other members would be very close to me. Here are a few thoughts, mainly about the members I favor…

Ishiwata Sena: Of all the members, she seemed to be right in front of me most often. She is very tough to read, being that she’s a super-loli with a bit of an independent streak. But I did catch her eyeing me more than once. She generally maintains the same smile and energy throughout the show, but she is just too adorable.

Omori Maho: I have always found her to be strikingly pretty, but her energy on stage always takes me by surprise. If I had never seen this group before, she would quite possibly be the one catching my attention. I don’t know that she’s really captivated me during an MC though.

Nagatomo Ayami and Yoshihashi Yuzuka: In my experience there are always going to be members who will go the extra mile to fish, and for me it’s these two. Both of them consistently spot me in the audience, wave to me, and give me kami-treatment during the post show “hi-wave” I will probably look for a chance to visit with them at a National event one of these days.

Otake Hitomi: It was nice to see her since she had been out injured, and she gave me a quick “ohisashiburi” as I passed her after the show.

Honda Sora: Always a barrel of energy, she didn’t spend very much time at all on my side…until the end. But she did spot me and began pointing straight at me. 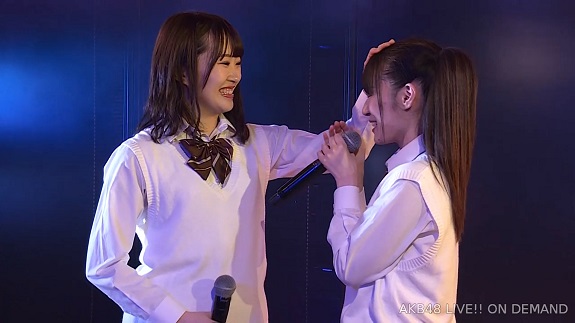 Yamane Suzuha: She has changed her hairstyle, as it’s a bit shorter. It’s always my biggest dilemma when Ranchan and Zunchan perform together; who do I root for? I usually just pick the one closest to me. But they sing verses together quite often, at which point I just stay quiet, LOL. But it seems like the two of them have become good friends, as they are often playing with one another on stage. Anyway, I love watching Zunchan in Jean d’ Arc, and it’s so cute how she gets totally winded by that song, and then has to lead the following MC. She was playing with me at various times during the show, waving and pointing after she found me on the far left side.

Kobayashi Ran: At first I had trouble spotting her, and wondered if she was a late scratch. But then I found her sporting the loliesque twin-tails. I have never seen her wear her hair that way with AKB, and I think it was a relatively new style for her since her groupmates were playing with her hair throughout the show. But Ranchan is amazing to watch., especially considering she was one of the youngest members onstage. But she moves with such confidence and constantly messes with her senpai. I’m guessing it’s her Kansai-attitude shining through. 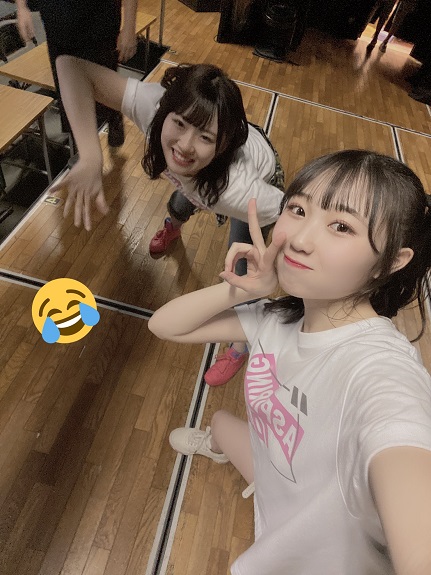 It took the crowd quite a while to get the encore going. Eventually the guy standing directly in front of me started it. At the last show I went to I wasn’t able to yell because of my broken ribs. I’m happy to say that I could cheer and call with full power this time around. They did do a birthday segment, the same way they do with the members. They even brought out a cake. Maho, Yuzuka, and Sakipon blew out the candles for us since they are also December babies. After the show I got the expected reactions from most of the members. Yuzuka and Ayami tried to fish me, Sorachan was genki, Hitomin quickly yelled “long time no see,” and I got familiar reactions from Senatan and Maho. Unfortunately for me, Ranchan and Zunchan were right next to each other at the very end, and Ranchan monopolized most of my time wishing me a happy birthday in English. But I did slow down long enough to get a bit of facetime with Zunchan before I left. 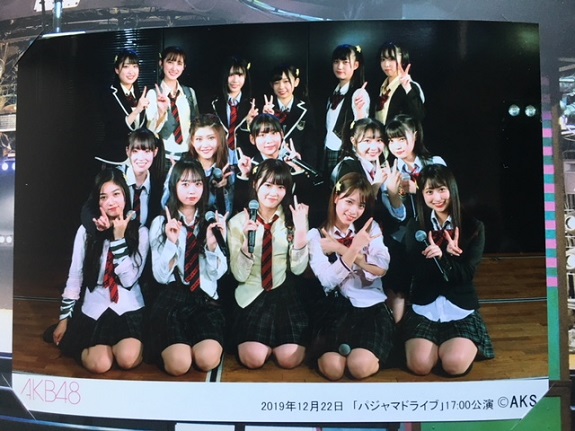 Like at the Halloween show, we were given a sealed birthday card as we left. The are a lot of girls whose cards I would be happy with, although I really wanted Zunchan or Ranchan. I quickly opened my card, getting ready to jump into the trading pit. I looked at the bottom… 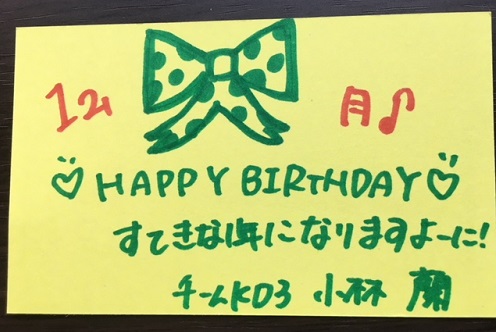 Ranchan! SCORE-A-ROONI! I pumped my fist, quickly tucked the card into my bag, grabbed a photopack, and took off for dinner. I am on vacation until the day after coming-of-age day, so I will probably apply for a couple more shows over the next couple weeks. Hopefully my winning luck will continue.