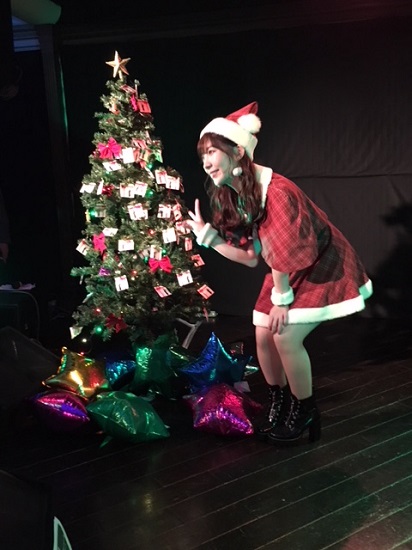 When I arrived back in Tokyo after spending time in America, there were two Wasa-related tasks I had to quickly handle; renewing my fan club account, and reserving a spot for this show. I sent them both in at around the same time, and had no conformation that the fan club had my new address. So I hoped the address change had gone though okay. 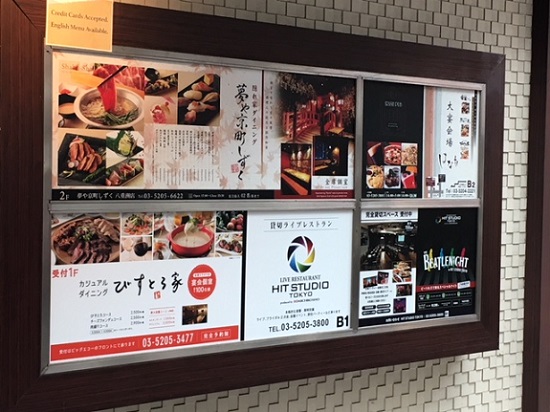 Back in 2016 Wasamin held events for both Christmas and Halloween. Since then she seems to be alternating the holidays. So while last year we had a Halloween event, this year it was Christmas only. Personally, I relish any opportunity to spend time with Wasamin, especially if she is dressed in a cute Christmas-themed outfit. This event was held at Tokyo Hit Studio, which is a small, Beatles-themed club connected to a BIG ECHO near Tokyo Station. My postcard said I was in Row K, which would most likely be the 11th row. Not the best spot, although I didn’t know how the seat would be until I got into the venue. There were a lot of people waiting to get in, and they crowded the entrance the moment the doors opened Since seating was assigned, I chose to hang back and wait for the crowd to thin out. 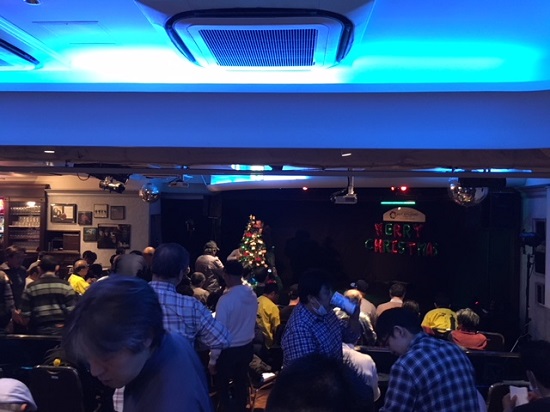 The setup of the room was quite strange. The stage and seats were set up diagonal to the entrance, with an upper alcove on the right side which was the location of the last six rows. The problem was that the was no way to access that area without sliding through the last row on the lower level. I’m so glad I wasn’t seated in Row F, because that would’ve sucked. My seat ended up being in the last row, and wasn’t really a seat at all, just a stool against the back tables. At least I had a lot of room to store my bag and jacket. Also, my seat was right on the end of the aisle, with a completely unobstructed view of the stage, and Wasamin. So I found her looking up at me repeatedly during the show.

In the meantime, we were handed a paper ornament to fill out with our name, fan club number, and a message. We were to then hang them from the Christmas tree on stage for a later drawing. The pre-show P.A. was playing a random selection of Japanese Christmas songs, as well as Wham’s Last Christmas, which for some reason is being played ad-nauseum this year in Japan. Eventually we beckoned our princess with a ‘Wasamin call,’ and out she came… 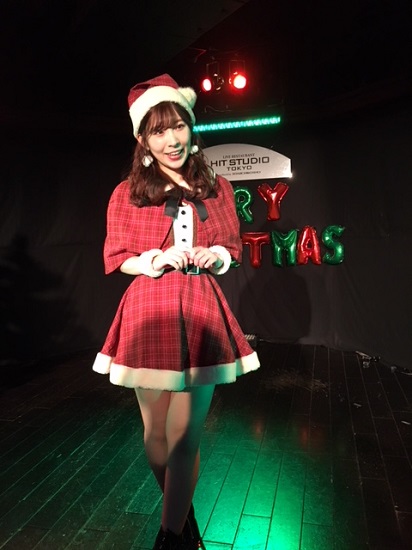 OMG, so cute! A tartan Christmas elf costume. After a brief introduction, and Wasamin complaining it was too hot in the venue, the first event was the ‘Wasamin Quiz.’ This was actually the longest quiz they’ve ever done, with twenty questions. Most of the questions had to do with either 1) the cruise event last summer, 2) the most recent bus tour (which I wasn’t on) 3) Last year’s Halloween event, 4) Her blog, and 5) The new album release and promotion. Since it wasn’t multiple choice I had a very hard time with the quiz, only getting two right. Apparently it was really hard for everyone as only three people got more than 12/20 correct. The winners received signed album posters.

Next was the Christmas tree drawing, the winners receiving signed one-shot chekis. Now when I hung my ornament on the tree, I placed it dead center, and right around her eye level, figuring that would give me the best chance. Ultimately she was picking all around the tree, including the back, and the very top. Twice she came very close to picking mine, and at one point I thought she had, but no such luck. It was too bad since I wrote her a really nice message. I hope she read it later. After that we went row by row taking our one-shots. Wasamin made sure to pose for a few seconds in front of everyone. Unfortunately for me the angle that I was standing in had a light shining right into my camera. I did my best to change the angle, but ultimately my pic of her looking at me is kinda washed out. I got other good pics though. 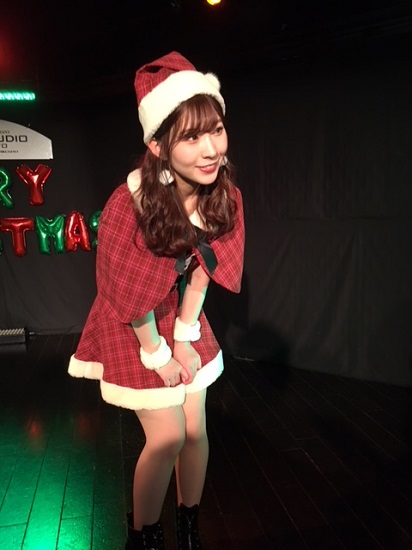 It had already been over an hour. (The quiz and one-shots both took quite a while) But Wasamin announced there would be a singing portion of the event. I figured it would be just a few songs, but she sang 10 songs. Here’s the setlist… 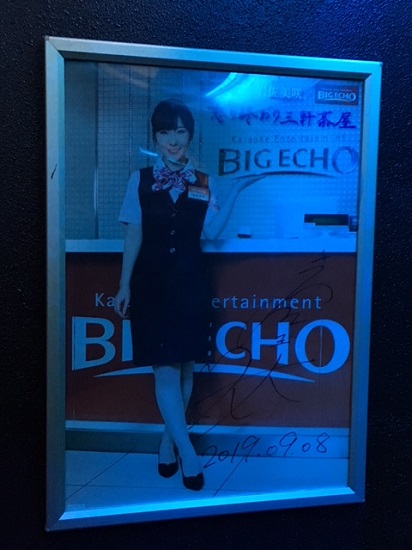 She did quite a few MCs between the songs, mainly just chit-chatting. I think the biggest surprise was her cover of Boa’s Christmas song. She actually sang both Christmas songs directly off of the LiveDam karaoke system. It was already late, and I began to wonder if we would all get to take a 2-shot with her. Of course I wanted to take a photo with her in that adorable outfit. However, I would wait quite a while since I was in the last row. In fact I ended up 4th to last… 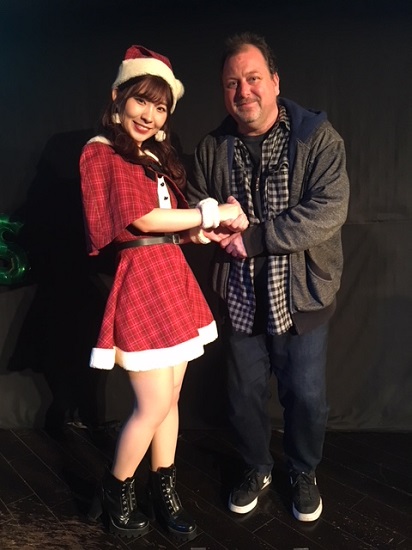 Since there were so many people there (I’m guessing around 150?) they were pushing us through quickly. The wait was compounded by the new staff member taking the photos. She kept screwing them up, resulting in a lot of retakes, so eventually the manager had to replace her. So in my quick exchange I forgot to remind her that my birthday was last week. I instead told her how much I loved her cover of Meri Kuri, and that it brought tears to my eyes (it actually did!) At first she was skeptically asking me “Really?” But I insisted it was true. And with that I gathered my stuff and headed outside.

The fans invited me to a bonenkai after the event. But I had limited funds in my wallet, and I had promised to meet a friend later in the afternoon, so I declined. Wasamin has no more events scheduled for the rest of 2019. So my next opportunity to see her won’t be until the second week in January. She also has a birthday event coming up, which I haven’t reserved a ticket for yet. However, there has been no announcement of a new single, or a 2020 solo concert. So perhaps we will be breaking patterns this year. It wouldn’t be the first time she released a single later in the year (Hatsuzake) But I hope she has a concert in the works, even if it isn’t during her birthday week. I’ll keep my fingers crossed.