So I guess I owe everyone a couple of writeups. It isn’t that I haven’t been going to events lately. I have been to a couple Wasamin and Minyo Girls events in January. However, I have been very busy, and just haven’t been taking the time to do much writing. But since I have committed to recording everything I do as it pertains to Wasamin, better late than never i guess…

This was yet another event I wasn’t sure I was going to attend. These Wasamin “Greeting” events are simply a chance for the fan club members to have an up close and personal experience with her, a cornerstone of the Wasamin fan experience. I didn’t purchase a ticket during the initial application process. However, one of the fans who ultimately couldn’t go offered me his ticket a couple weeks prior to the event, so I was good to go. It was a good thing too since the event was sold out. This was in the same location as her last greeting event in the fall, a small venue across from the Nihon TV building and the famous clock designed by Hayao Miyazaki. 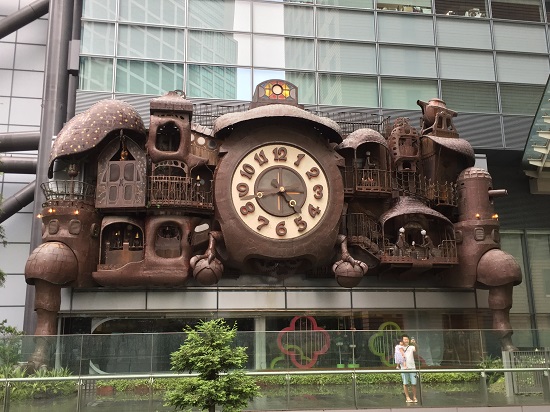 I arrived around 30 minutes before doors, and saw my friend Shim-san, who had my ticket, walking about a half-block in front of me. Suddenly he turned into the wrong building. It turned out he missed the last event and was confused. But he arrived on time and I had my ticket. I didn’t bother trying to get in early since the seats were assigned. I would be in the 4th row on the far left. I received a complimentary 2-shot ticket as I entered, and later purchased a second ticket since they are relatively cheap.

Anyway, as I sat down I found a bunch of papers on my chair, including what looked like some kind of bingo game. I confirmed with Kentaro that the rules were we were to write down random winter-themed terms, and she would randomly call out stuff until someone got a bingo. I had no idea what to write down, but I tried to think of stuff she might say. For example, Santa-san, KFC, Mujineki, snow, etc. Eventually Wasamin came out wearing a red dress, black boots, and her hair down, looking as sexy as ever. The event began with the singing section. Here’s the setlist…

Well, Fuyu no Riviera is winter-themed, and Let it Go is from Frozen. Wasamin had mentioned at the end of last year that it was the end of the Sangenjaya promotions, but she still sang it here. They had a really heavy “echo” on her voice for some reason. It was sort of distracting at the beginning, but they eased it up after the first song. After the singing came the bingo game. All I can say is that it was amazing how quickly three people had a bingo; after only four items called. I actually came sorta close, and was one away when the game ended. The winners received signed 1-shot chekis.

And that was pretty much the end of the event. The rest of the time was dedicated to 2-shots. As I mentioned I had two tickets. Normally I would post all of my 2-shots, for better or worse. But to be honest, in my first pic Wasamin has a really weird look on her face, so I am not going to share it. I will share the second picture though… 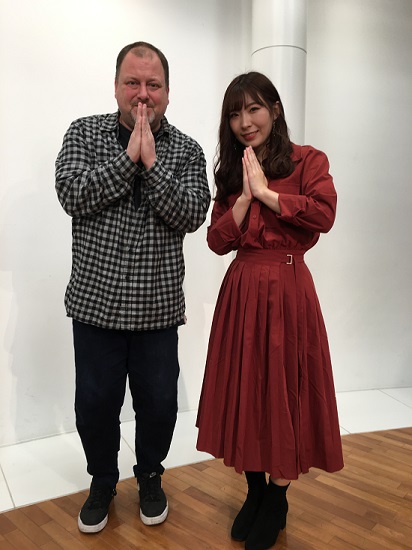 For our two quick talks I basically shared with her how I spent my New Year’s eve and New Year’s day. I also mentioned my friend Frank had been in town and wanted to see her, but had left before she had any events. Wasamin is really good at remembering all of my friends, and said that he of course remembered Frank, so she hoped she could see him next time he is in town. She is such a sweetheart. With that in mind…

There was also a questionnaire among the promotional papers we were given. I don’t always fill them out, but this time I decided to give it my best and fill out the portions I understood. There was a general request question at the end, and I wrote (in English) for her to “please come to Okegawa.” I sort of did it as a joke. But a week later she announced two events; one in Okegawa and one in Ageo, which is of course exactly where I live. She knows this too. I’m not going to say that my request had any influence on that announcement, but it’s kinda neat to fantasize that maybe it did.

That was it. I attended another Wasamin event in Hamamatsucho a couple days later, which I will write about soon.