It was just over a year ago that I made my first trip to Okegawa to see Wasamin. It’s amazing that less than a year later I would be living within walking distance of this very mall. Needless to say, I was very excited when Wasamin announced that she would be appearing here, and at Ageo Shosen Plaza this month. It was one of my motivations for living here. There are five malls within a short distance from me where Wasamin regularly performs. In addition to the above-mentioned two, I am also close to Elumi Mall in Konosu, Nittoh Mall in Kumagaya, and Parco Tower Records in Urawa. Add in Koshigaya, Fukaya, and Kusakabe, and there are endless opportunities to see Wasamin perform out here. In any case… 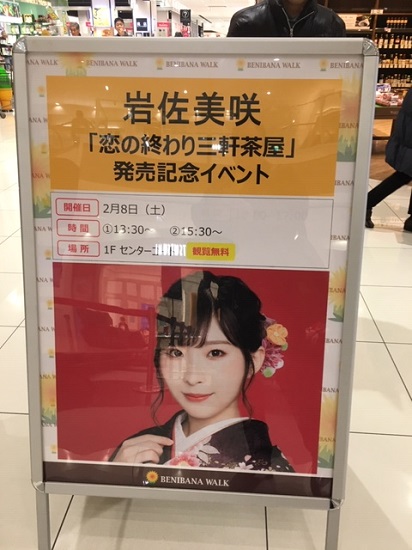 Benibana Walk seems to get a lot of performers, both during the week and on the weekend. In the last few weeks I saw a K-pop boy band there (in2it) as well as a J-pop boy band (I forgot their name) a female idol group (Elfin’) and a couple enka singers. Since the mall is midway between my home and my job, I stop in regularly to check their schedule.

I was undecided how early I wanted to get to the mall. Last time I showed up quite early and reserved a front row seat. This time I chose to take advantage of my proximity to the mall and show up a little later, although I planned on giving myself plenty of time to eat lunch before the event. I arrived at 11:45, a little less than 2 hours before her first appearance, and was surprised to see the seating area already packed. I was not aware that there was another act also appearing at Benibana Walk that day, Fujii Kawai, who is another young enka performer on the Tokuma Label. Her event started at 12:00, and the seats were filled with her fans and some of the locals. Oh well, I decide to grab lunch, and then come back to watch Kawai’s performance. 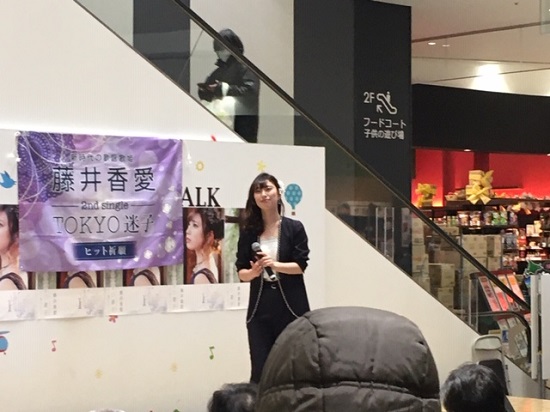 Actually, she was more of a Kayou Kyoku performer than enka. She didn’t wear a kimono, and was quite tall and thin. She is actually in her 30’s, so a bit older than Wasamin. But a lot of people think she and Wasamin look like they could be sisters. This is only her 2nd single release. Despite that, she actually did quite a long set, almost 45 minutes. They also had two separate lines, one for handshakes and goods signing, and another for 2-shots. The goods signing took quite a long time, and they almost ran overtime and into Wasamin’s slot, but staff began rushing the 2-shots, and got the event over with just a few minutes before 1:30. They immediately cleared the tables off the stage, and a few moments later called out Wasamin. Here are her setlists…

I was really hoping for one of her audience participation songs since this was my “home base” and there was a nice sized crowd. But she did sing Machibuse, which is really nice. In fact, I saw a random woman on the escalator singing along with Wasamin, LOL. Also, I was hoping to run into some of my students since this mall is fairly close to campus. I did run into one of them earlier, but it wasn’t until the end of the second show; I turned around and saw three girls staring at me and giggling. “Chris-sensei?” I reminded them that this is my favorite singer, and they smiled and went on their way. Anyway… 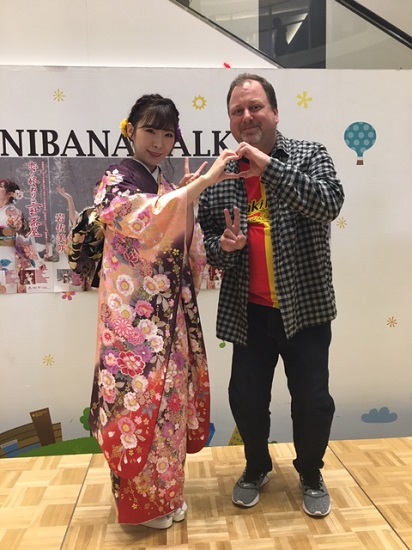 I purchased enough CDs to take a 2-shot after each performance. For the first one I immediately exclaimed “Welcome to Okegawa” She responded “That’s right, you live here! Are you near the mall?” I pointed in the direction of my apartment and told her I lived near the station. I then pointed out that I shop here all the time. 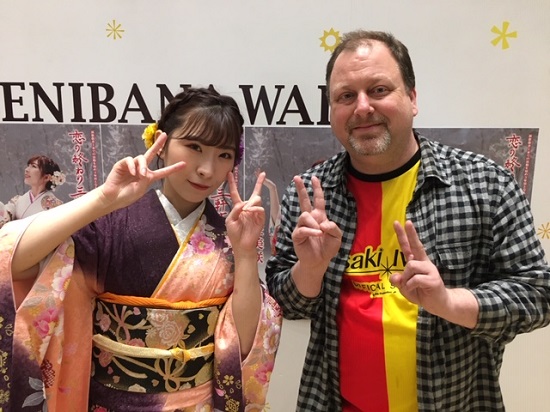 During the second performance Wasamin talked a little about the Setsubun event she did in Nagano early in the week, so I decided to tell her about my school lunch that day, which were “mini ehomaki” with fried squid, cucumber, and tamago, as well as a mame cupcake. I then told her about my “real” ehomaki (maguro, negitoro, salmon, hotate and tobiko) and performed my usual “Ooh big, ehomaki big” line that she laughed about once before. This time she just kinda hand-motioned a big ehomaki at me as I was leaving the stage. 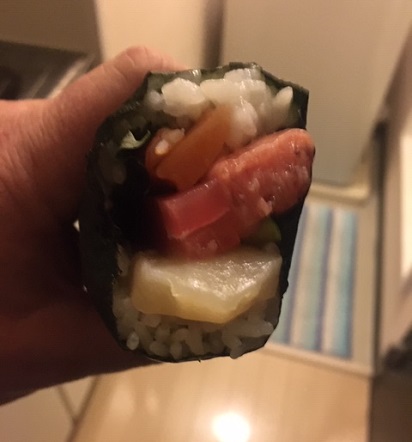 I stuck around until the end, and then made the short walk back home. I had no plans to head out to Marine Pia on Sunday, and I will be working during Wasamin’s Valentine’s Day event in Koshigaya, but I will be able to see her at Shosen Plaza this Sunday. And I may head out to Kusakabe the following week to see her too. So plenty of Wasa-fun on the horizon.