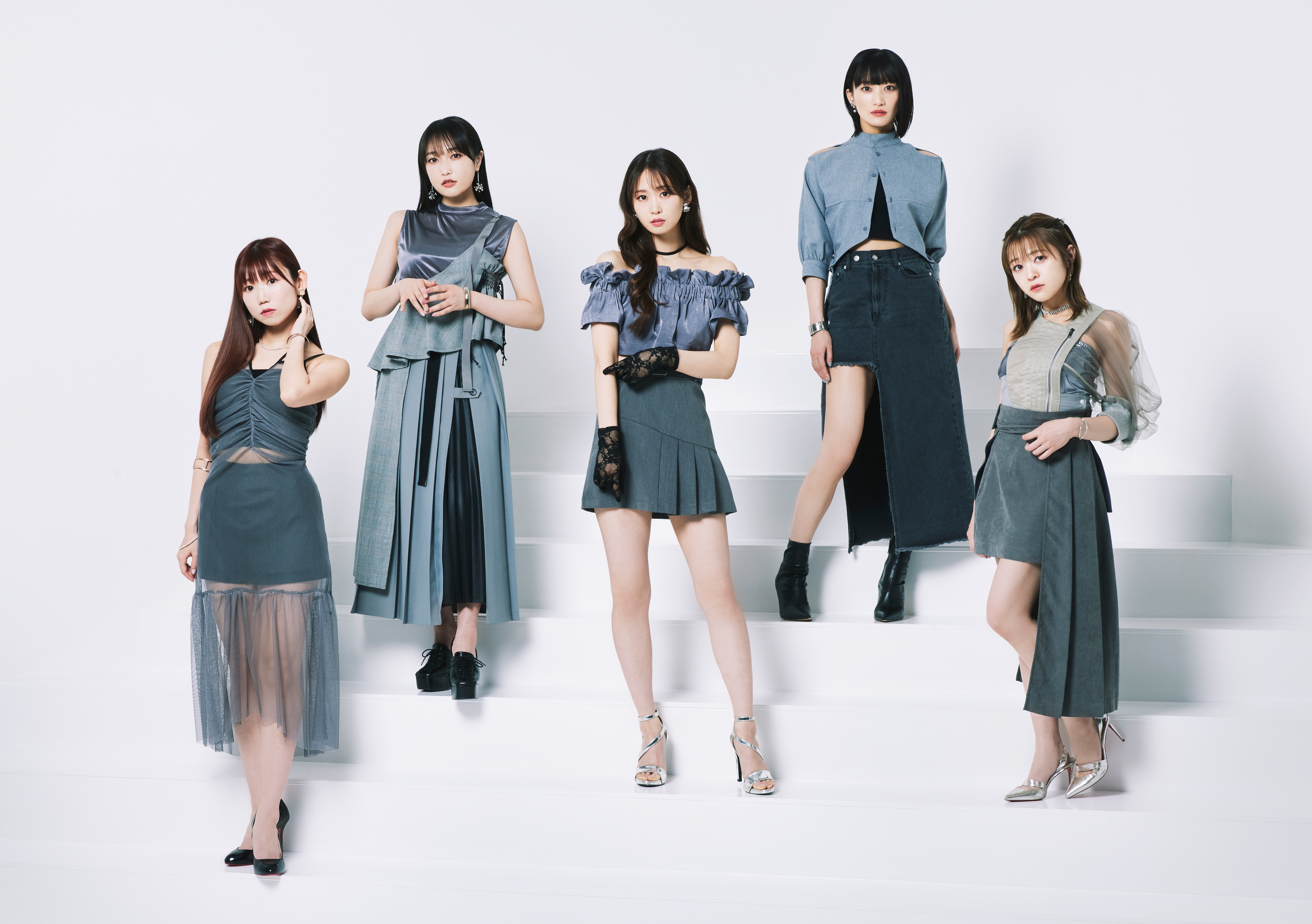 The fact that there is an “Iris” and an “i☆Ris” is a little confusing. At least the groups seem pretty different. Iris is a six member idol group formed by Avex in 2012, going for the whole “everyone in different image colors” thing, possibly to go after the Momoiro Clover market. They’ve so far put out four singles and one mini-album, with their next single, Itazura Taiyou, coming out in June. The group is based on Anime songs (Anison), so a lot of their songs have been used as anime endings and their mini album was a cover of some anime songs.

Generally, I’m not much of an Avex fan. I appreciate what Avex does; generally all the stuff that comes out of Avex has a really high production valueIs what I thought until I saw their videos and, more importantly, listened to their music. Wow. i☆Ris honestly has blown me away, musically. Musically, everything I’ve heard reminds me a bit of Queen; that kind of dramatic, orchestral music. There could also be some influence from ELO (my favorite classic rock group, mind you). The vocals are also incredibly strong, as well; all the members sound GREAT in recordings, making the songs even better.

i☆Ris is why I do my TIF recaps. This is a group I’ve heard of for a while but I haven’t actually had a chance to listen to, and now I think I’ve become a fan. There are a lot of groups at TIF to uncover, but it’s worth it to find the great groups you’ve never even thought of before. If you haven’t, please go check  i☆Ris out. Their music is completely worth it and the members all seem great. Oh hey, another six member group with assigned colors? This is going to be a trend, huh? Aoyama Saint Hachamecha High School was formed in 2012 by the MovingFactory label. Commonly known as Mecha High, the group has since released four singles, and are doing fairly well for themselves. Recently they hit #1 on the Oricon daily charts, #1 on the Oricon Indies Weekly chart, and hit #7 on the Oricon Weekly chart. Which is honestly pretty good for an indie idol group without an affiliation to a larger idol collective, so good job Mecha High!

Their goal is high quality music and performance, and from that to get a major debut and to perform at the Budokan. Do they succeed in that? Well, not quite. The girls seem pleasant enough and nothing is bad about their music, but it’s not quite high quality. It sounds like standard idol fare. Not that there’s anything wrong with that; it’s standard for a reason. But Mecha High doesn’t quite do enough to differentiate themselves, especially since they want their music and performance to shine.

They aren’t bad, and are pretty worth checking out. However, they don’t quite live up to their goals just yet. They’ve seen a fair amount of growth in the year and a half since their formation, however, so it’ll be interesting to see where Mecha High go from here! 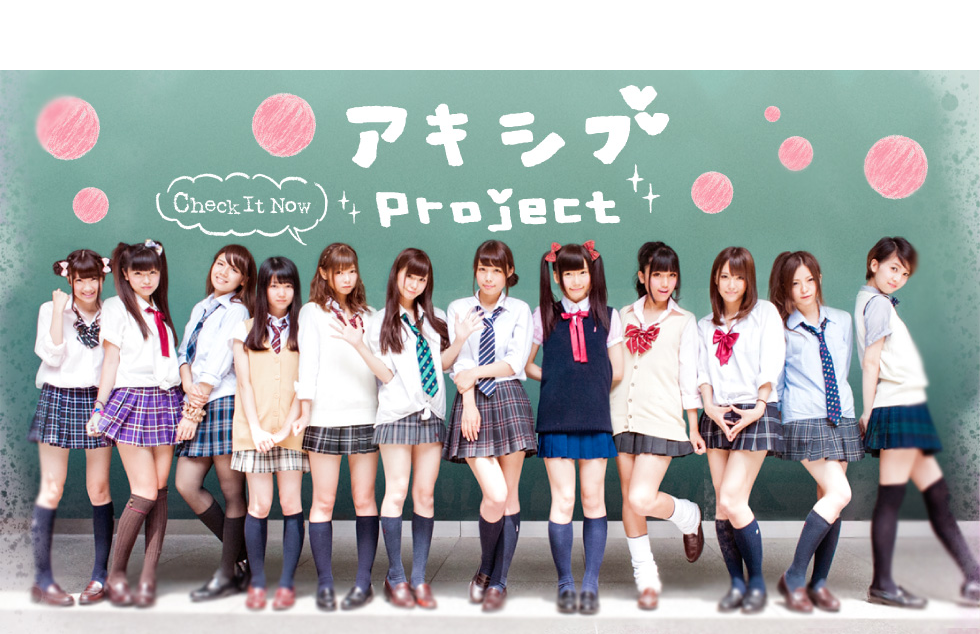 Here’s a pretty new group! The biggest area of interest is that it was actually formed by former BiS member Rinahamu. Their goal is to bridge the gap between Akihabara idols and Shibuya idols, thus being both for wota/idol fans as well as being fashionable. Which is actually a fairly solid idea.

They were formed in 2013 (after announcing the group in 2012) and they’re still fairly new to the game. No releases yet, and so indie that I’m even unsure of how many members are in the group! (Wikipedia says 9, their website says 12). However, if you’re a fan of either Rinahamu from BiS or you’d like your idols a bit more fashion-focused, this might be a group to follow.

That said, the only video that the group has uploaded that has any kind of performance is a dance lesson video. Otherwise, while the group has performed, there isn’t much in the way of video, which makes it harder for foreign fans. That said, if the concept or the leadership of the group intrigue you, this might be something to look into.

Now here’s a group you may be more familiar with. Up Up Girls are a group of idols that are former Hello!Project Eggs who graduated Hello!Project. They are all also part of a KPop cover group, UFZS, though Up Up Girls have since carved out their own niche and become much more prominent than UFZS. The group is a part of Up-Front Promotion, but not Hello!Project.

This group is prolific. They put out so much stuff that I can honestly hardly keep track, and they perform on a very regular basis. This is a group that, if you follow them, you will have a lot of music to enjoy. They put out 8 singles in their first year. 8. They have released 2 albums and 17 singles since 2012 and they have another single planned.

Up Up Girls is one of those groups that I want to follow more but for some reason don’t. The girls perform well and there are several good songs; Samurai Girls and Up Up Typhoon were two of my favorite songs of last year. Yet nothing has really compelled me to follow them more, even though I’m also a fan of Sekine Azusa’s (she was my favorite H!P Egg). They seem more geared towards live performances than anything; not all their singles have PVs (though that’s changed a bit since they joined T-Palette Records), and for a long time they didn’t seem like they were going to put out a PV. Still, they are a type of group I think should have a good fanbase, because they are a solid group.

So if you want a group with solid performances, solid music but a lot of music, Up Up Girls is a good choice for you. 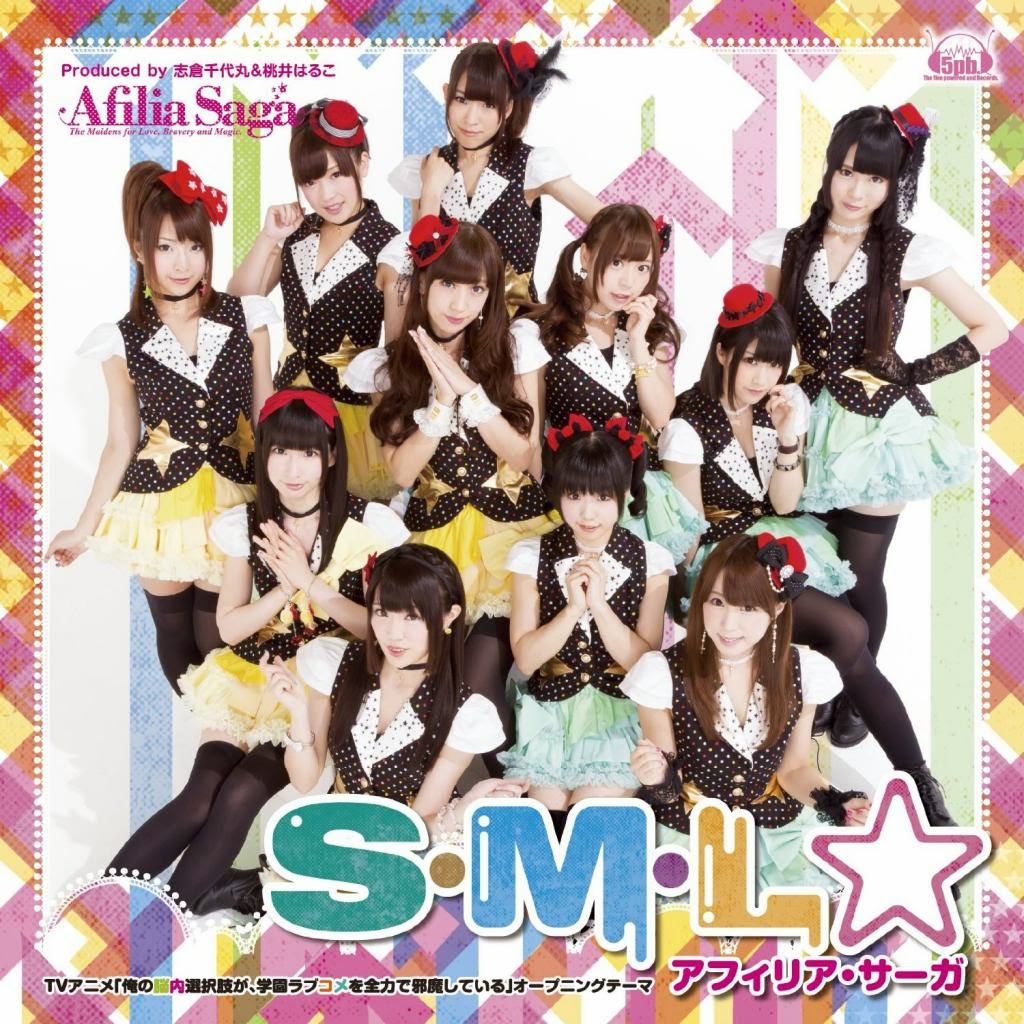 Here is another well known group! Actually, I’m excited to revisit Afilia Saga, as I’m going to be meeting Momoi Halko, one of the people who formed the group, at Idol Matsuri soon.

Formerly Afilia Saga East, this is a group formed from the Afilia Saga maid cafe chain. The maid cafes are based off of a magical, fantasy world, and as such all the members of the group have stage names to reflect that (i.e. Louise Sforzur). Since 2009, the maid cafe brought together maids to become an idol group. They’ve continued steadily releasing things, with two albums and eleven singles.

I like what this group is doing; they’re trying to have a different concept and be a fresh take on the idol genre. I like that this type of group exists. However, I just can’t get into Afilia Saga, for some reason. The music has never quite hit home for me, and I’m not really into the concept.

Afilia Saga is a love it or hate it group; they’re aiming to be different, but that can’t appeal to everyone. Fans who love the group love them, and I like them but never really follow them. They’re a group you have to check out for yourself to see how you feel.