Day 29: In your opinion, who is/was the best leader of an Idol group?


This is honestly fairly easy for me. Granted, I could be biased as hell. Ishikawa Rika was v-u-den’s leader, and I really think she did an excellent job; Erika and Yui were brand new when added to v-u-den, and yet the group really gelled like they’d been there for a while. No one felt weird or out of place, at least to me. I also love Yajima Maimi, and she impresses me as a leader, too. She really does take care of her group. One thing I saw was an interview with both Berryz and C-ute around the time of their concert together. The whole group was talking about their H!P Kids days, but Kanna wasn’t a part of that (since she was added later). Maimi made an effort to ask Kanna what she thought. 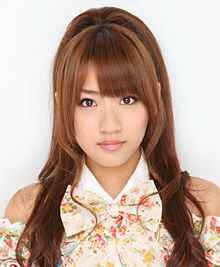 I just can’t help but admire the ways she really loves AKB and puts so much effort into making it a great idol group. I always have had the impression that even if Takamina wasn’t in the most popular idol group around, she’d still love the group dearly. She’s a member that the others can get behind, and I really appreciate that!