First off, thank you so much to anyone who wished me well. I really do appreciate well wishes for this time.

Secondly, when I was thinking of what to do after my last post, I was thinking I’d do something happier. The thought was to finally finish my epic PV post or review the new Morning Musume PVs (which I will do, because I have a lot to say). I wanted to do something that would be a bit happier than my other post.

In case you haven’t heard, there has been a recent wave of scandals hitting AKB48 and its associated groups. Some girls in AKB got suspended (or rather, say they suspended themselves, but really, let’s not believe that PR BS), but they weren’t girls I knew that well. Oba Mina’s scandal was pretty interesting, given the accusations of Enjo Kousai. I mean, that was the least proven of all her scandal things, from what I can tell, but if you didn’t think of Seifuku ga Jama wo Suru you are not an AKB48 wota. 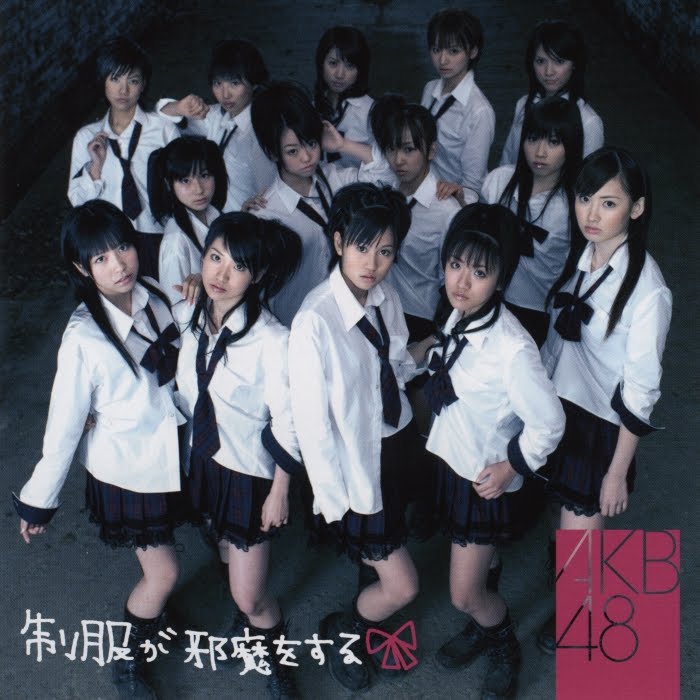 I thought the whole affair was a bit funny and brushed it off, though I did feel bad for other girls that were dragged into it, especially if any dating happened before they joined AKB48. Regardless of how you feel about dating rules/restrictions, it is part of what it takes to be an idol and breaking those rules is breaking contract.

When the first NMB48 scandals hit, I felt a bit odd. I mean, I didn’t follow Matsuda Shiori that much, but I really liked Yoshida Akari, so their suspension was a bit rough. I saw what they allegedly did (saying that because nothing is confirmed) and while I felt that what they did was a bad judgment call, it wasn’t the end of the world. It was really dumb, but since no photos or anything appeared I didn’t think it was necessarily too awful.

All in all, through these scandals I maintained a calm about them, and wasn’t do disturbed by them. I hadn’t been too upset by scandals in the past, why be upset now?

Then that all changed when Kondo Rina and Watanabe Miyuki were cut from NMB48’s second single. And I was furious. I wondered why for only a brief moment, but realized that this is the first time that any idols I’m particularly close to have dealt with a scandal like this.

If you’ve seen my latest top 10 idol list, you know that I adore Watanabe Miyuki. She’s everything I want from a front girl and more and I’m a huge fan of hers. What you didn’t see was the fact that Kondo Rina is actually my second favorite NMB48 girl, with her adorable smile and her non-reactions on NMB’s show Naniwa Nadeshiko.

I’ve heard of scandals in the past, and I’ve seen them. I’m amused, but it goes without saying that when they affect you, they really do sting.

I haven’t seen this so much with this scandal, but one thing that I’ve always thought about when it comes to idol scandals is the concept of supporting them. Would I keep supporting an idol after a big scandal if I liked them? If I had been a big Kago Ai fan and then realized that she was dating older men and smoking underage, would I still be her fan?

It’s an interesting question, one that I think that ultimately people have to decide for themselves. Idol fans who have idols in the midst of scandals really just have to decide if what the idol did was wrong and if that is a reason to stop following an idol or to support them less. Dealing with idol scandals is kind of a personal thing, and while it might sound sappy it’s what fans need to do. The decisions might be easy, might be hard, but they must be made.

While the general perception of wota is that they are enraged whenever an idol does anything bad and decides to stop following her, I think that in reality most wota are more moderate. I think that there’s a really large population of fans that WANT to support their idols more than anything. Take the Fujimoto Miki wota; after her scandal where she was undoubtedly dating her (now) husband, what did they do? They didn’t bash Miki, they bashed the tabloids, because they wanted Miki to be left alone.

Ultimately, I don’t think that wota are necessarily put off by scandals like dating. Some might, but it’s definitely not most. Some may like idols JUST for the idea of them being surrogate girlfriends, but I think that when you get to be into one idol, you ultimately like them so much that you just want them to be happy. I know this opinion is slightly controversial, especially since idols are seen by many to JUST be surrogate girlfriends, but I think that with genuine affection comes genuine well-wishes for a girl.

So my choice was pretty clear, to keep supporting Watanabe Miyuki (and Kondo Rina) throughout the future. I’m bummed that Milky got cut from the next NMB48 single, yes. I do think this will be a speedbump in her career and she has to be careful to bring herself from it. But when I saw her blog entry about this, I wrote a comment of support, and now there are over 3000 comments on her blog, with pretty much everything I saw being positive towards Milky. So I’m going to remain hopeful, and keep on cheering on my favorite NMB48 idol!