This worked into being a perfect day.  I have mentioned on social media that the one thing that makes the sweaty, sticky Tokyo Summer tolerable is all of the Summer festivals.  Like the state and county fairs in America, they are filled with fun, food, and great music.  So when I was going over the schedules of my favorite idol groups this week, I noticed that Minyo Girls would be playing a festival in Ueno Park this weekend.  For me, Summer Festivals + Idols = super-fun tiems.  So Sunday morning I headed to Ueno Park…

As expected, the holiday weekend drew a huge crowd to Ueno Park for picnics, the zoo, the museum, and of course this event, which was the Pakistan & Japan Friendship Festival.  It was the usual festival atmosphere, with tons of booths filled with festival food, drink, crafts, including many Middle Eastern themed dishes.  There was also a wall to wall entertainment schedule of both Japanese and Pakistani artists.  And of course there were plenty of idols on the schedule as well, including P.IDL, Chu-Bit, Banzai Japan, and Caprice.  Minyo Girls were on the Sunday schedule, with two performances in the late morning and early afternoon.

Seven of the ten Minyo Girls were at the event.  Notable missing were three of the youngest members, Matsuri, Yutori, and Yua, who is arguably my favorite member.  But no matter, my other favorite member, Miyabi, was there, and given the lack of competition she was definitely fishing me a bit, but I will talk about that later.  As I have mentioned before on this blog, Minyo Girls’ song catalog has become a bit more “idol-ish” after their early stuff was a lot more traditional and folk-y.  For these two setlists, they were singing both kinds of songs.  BTW, the nice thing is that Minyo Girls does allow fans to take photos and film, so both performances are on YouTube.  Here ya go…

And here are a few photos I took at the event.  I stood at opposite sides for the performances, so you get both aspects of the show.  And of course I try to get a few shots focused on Miyabi. 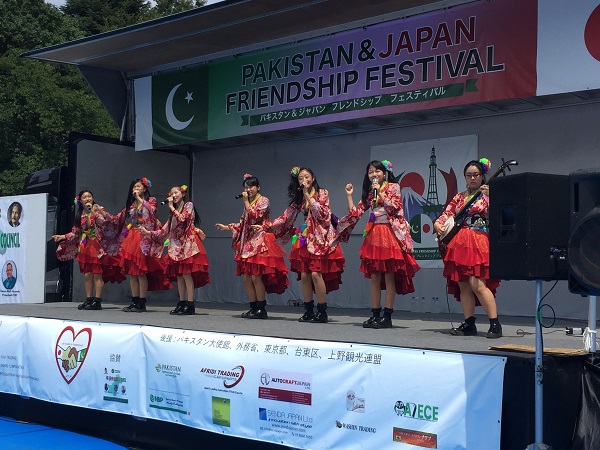 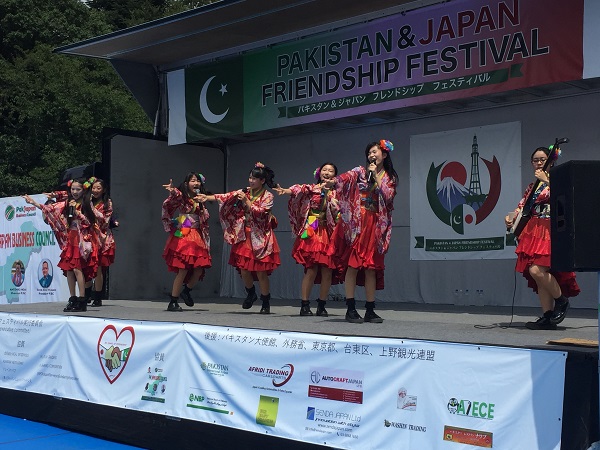 From the first performance 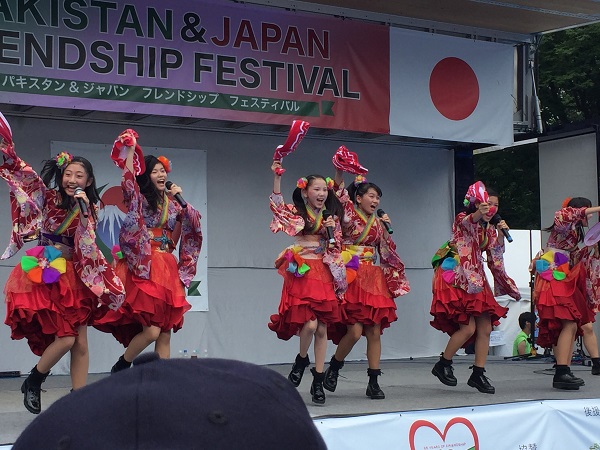 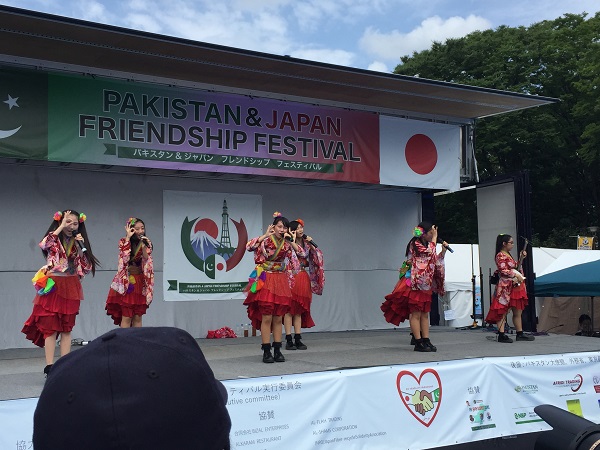 From the second performance 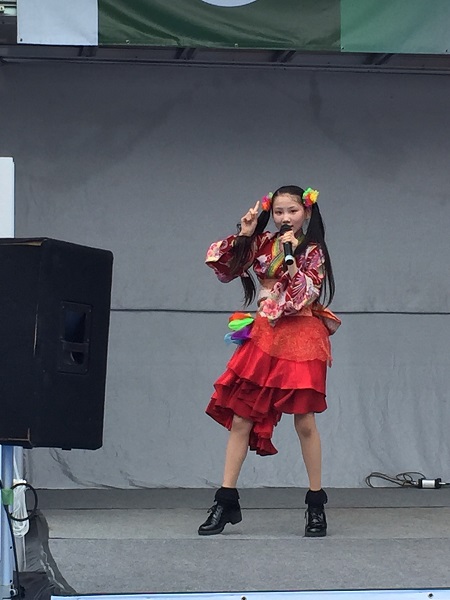 After the first performance, I was trying to decide what I wanted to buy.  Pretty much everything they had was either 2000 or 3000 yen, and came with a ticket.  For one ticket you could either get a signed cheki, shamekai, or something signed.  For two tickets you could take a group shamekai, which is something I like to do with this group.  The only issue is that I already have multiple copies of all their EPs, so what would I get?  At the end of the day I decided on their second EP, Minyo Girls II, since it is my favorite, and I think I have the fewest copies.  And since I was sweaty, I got their oshi towel.  I decided to take my group shamekai, and Miyabi actually asked to be up front with me.  You see?  Fishing…LOL. 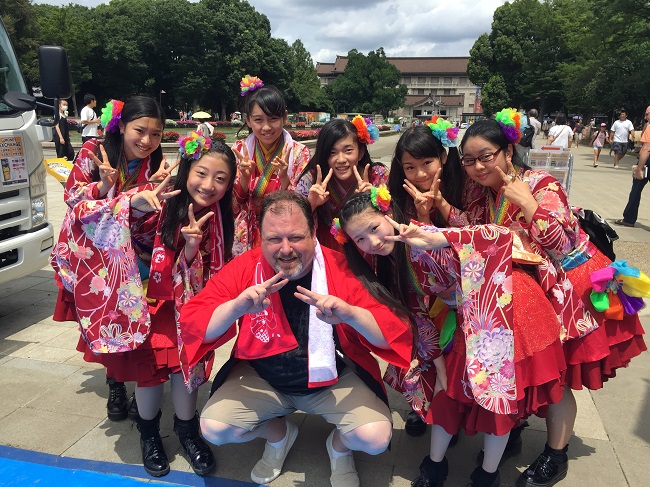 Yeah, the sun was irritating my eyes, which is why they are technically closed

Leaning in, like “this is MY fan!”  These girls learn the art of being an idol very young, don’t they.  But I do like Miyabi, and she was very talkative with me today. Asking me where I was from, how long I have lived in Tokyo, and whatnot.

I should point out, that with the absence of Yutori and Yua, most of the members I interact with were absent.  In fact I think a couple of them didn’t really recognize me from past shows, since I noticed Izumi came up to me like I had never seen the group before and handed me flyers.  But once I put my Happi coat on, they knew I was a fan.  Anyhow, for the second post-performance event, I had decided I would do a signed cheki with Miyabi, and I was trying to decide between their new penlight, which was 3000 yen, or their sensu (folding fan), which was 2000.  Meanwhile, Fuu-chan kept telling me to line up for the cheki, but I didn’t want to be first in line.  I think she was getting frustrated with me, but Kaku was just laughing. (BTW, Kaku was engaging me quite a bit too throughout the day)  So after buying my sensu, I lined up third to see Miyabi, and get my cheki…

Now the funny part was when she signed the cheki she asked me if should sign it to “CK”. The interesting thing is a) I have never told her my name, furthermore in person I do not use my online nicks (CK, Cristafari) So I was puzzled for a second how she came up with “CK”, then of course I remembered that idols read twitter, and that IS my twitter handle. So I asked her if she looked at my Twitter, which she admitted. LOL. I told her she could call me Chris from now on.  But check the top of the cheki, LOL.  She is the first idol EVER to call me by that nickname!

After my cheki, I was totally parched (and a bit sunburned) so I purchased an orange smoothie, before finally heading back to Ueno Station, and ultimately back home.  But it was a fun time.  I got to see TWO performances, and Minyo Girls seem to be doing a lot more activities lately, including one-man lives, so I’m sure I will be seeing a lot more of them in the near future.