The fact I am posting this so late pretty much shows I have not been in “idol mode” lately. With Wasamin cancelling all of her live appearances from late-February through early-May (so far) she has resolved to doing multiple online appearances each week, both on SHOWROOM and the Tokuma YouTube channel. Those can be fun, although it is much more fun to play with her in person, needless to say…

As for her upcoming single release, I am really looking forward to hearing the new song, as well as her version of “Umi Monogatari.” I am guessing we will be getting an MV preview in the next couple of weeks. In the meantime, it looks like there won’t be any live promotions for the release, at least not yet, and at least not until the coronavirus danger subsides. Instead she is promoting two events. The first is going to be a “virtual mini-live” on April 20th. They haven’t yet released the details on how this will work. However, the gimmick is that Wasamin will be signing the CDs purchased through the event. The other promotion is for her usual 2-shot cheki event, which is scheduled for August 1st. Those CDs need to be pre-ordered via chara-ani by the end of the month. Anyway…

This event was the back-half of two consecutive weekends of Wasamin in my neighborhood. The first was the Benibana Walk event, a venue I can walk to from my apartment. The second was in Ageo, also very close to where I live. The other treat was that a co-worker friend of mine in Okegawa had agreed to come see the show, so I was looking forward to introducing Wasamin to a new fan. I arrived a good 90-minutes before the event, hoping to find a seat for the two events. However, I was surprised to learn, like at the previous week’s event, Wasamin was sharing the stage with another performer. Only this time it was a singer I am fairly familiar with; Nishida Ai… 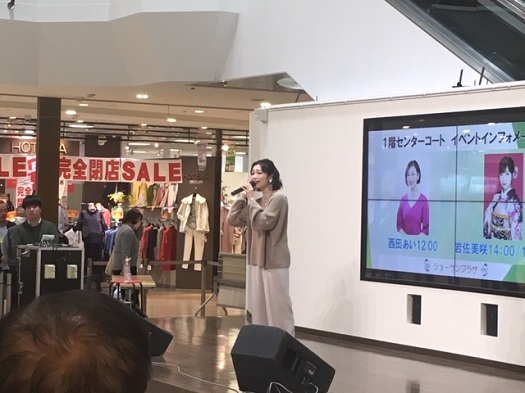 Nishida Ai has performed with Wasamin on multiple occasions. She was originally billed as an “Enka-idol” even before Wasamin, but I would say a lot of her music now has a jazzy feel to it. They are both affiliated with the Tokuma label, which is why they were being promoted together on this day. In any case, I stood to the right of the seating area and clapped along with Ai’s songs. At one point she was roaming around the audience while singing and gave me a high-five (I wasn’t the only one, mind you) After the show I grabbed a seat in the second row on the left side. My friend wasn’t due to arrive until the second performance, so I didn’t worry about saving him a seat. I just relaxed and played Pokemon Go while waiting for the show to start. That is until I felt a tap on my shoulder. My friend had arrived early. There was no more space for him to sit, so I decided to give up my seat and stand in the back with him. I was really hoping Wasamin would have a spirited setlist. Speaking of setlists…

It surprised my co-worker friend when I put on my Happi. He and a couple of obasans nearby were making a big deal out of it. I was glad she sang Niji wo Watatte, since it gave my friend a chance to see on of Wasamin’s audience participation songs. After the performance we went to the goods table. I ended up purchasing four CDs, three of which I gave to my friend. He decided since he now had all the versions of Sangenjaya to instead buy one of her albums. I recommended her first one, Request Covers. I figured it would be good considering the popularity of so many of the tracks. 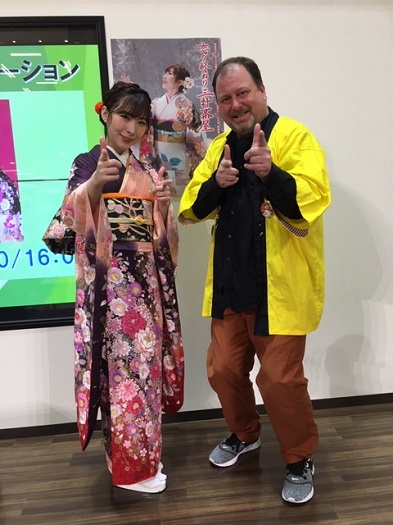 My visit with Wasamin essentially consisted of me introducing my friend. To my surprise, he brought Valentine candy for her. However, in his nervousness he handed her his bag of CDs. She looked confused for a moment, and I shouted over to them “Wrong bag!” She started laughing as he fumbled and pulled out the gift. After the handshakes we headed out for a cup of coffee. My friend wasn’t staying for the second show. I found out later that he mistakenly thought it would be the same setlist. He was actually disappointed the next day when I told him the songs were different. In any case, I was on my own, and ended up standing for the second show as well. 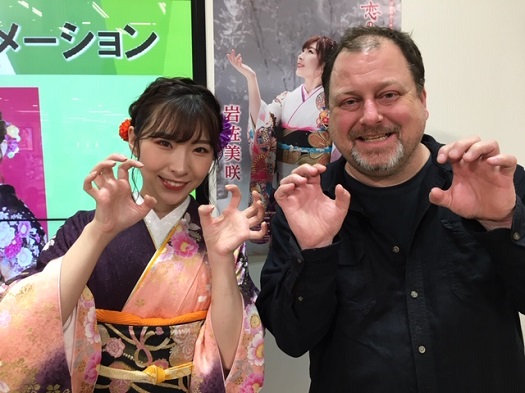 Misaki-chan was confirming that I live close to this mall. I told her it was just two stops away, but I live closer to Benibana Walk. After that I told her that my friend enjoyed the show, and that I am doing my best in my new job. Oh, it turned out that the crux of my friend’s conversation with Wasamin was about how I was doing. I ended by saying I would do my best to make it to her event the following weekend in Kasukabe. It depended on how quickly my doctor’s appointment went that day. And with that I was off…

Unfortunately I was unable to go to Kasukabe, and a couple days later Wasamin started postponing her events. So it looks like it will be a while until I see her in person again. With that in mind I have essentially started a sabbatical from idols in general. I mean most of the groups I like aren’t doing lives these days anyway, but a couple of them are. And I know of at least one idol who has lamented to a friend of mine that she hasn’t seen me. But I have been in sort of a self-quarantine for the past four weeks. I think that’s best…for now.

Oh, and as a bonus treat, it was 10 years ago this week that I took my very first 2-shot with Misaki-chan. It was a day I’ll never forget! 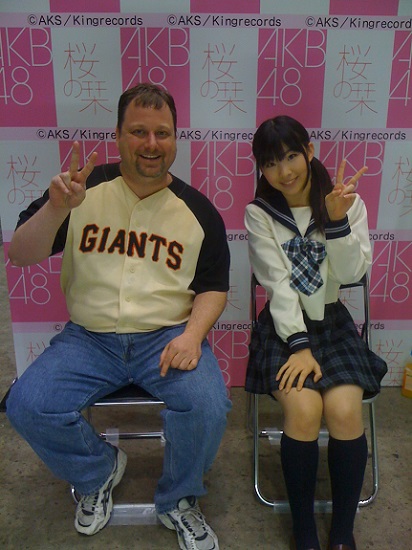 That Wasamin was…and is so cute!